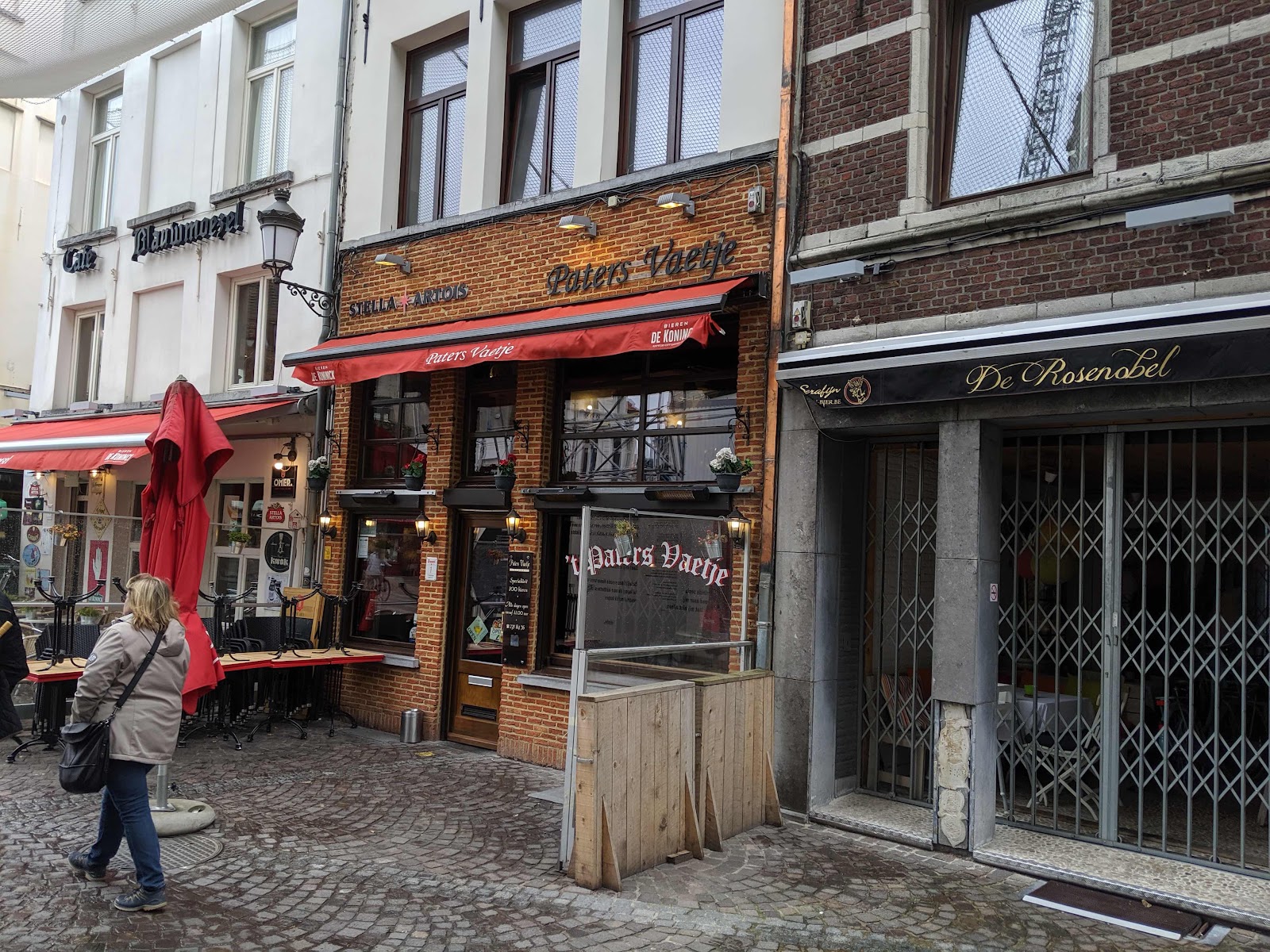 I started with a Bolleke, always a good way to start in Antwerp. 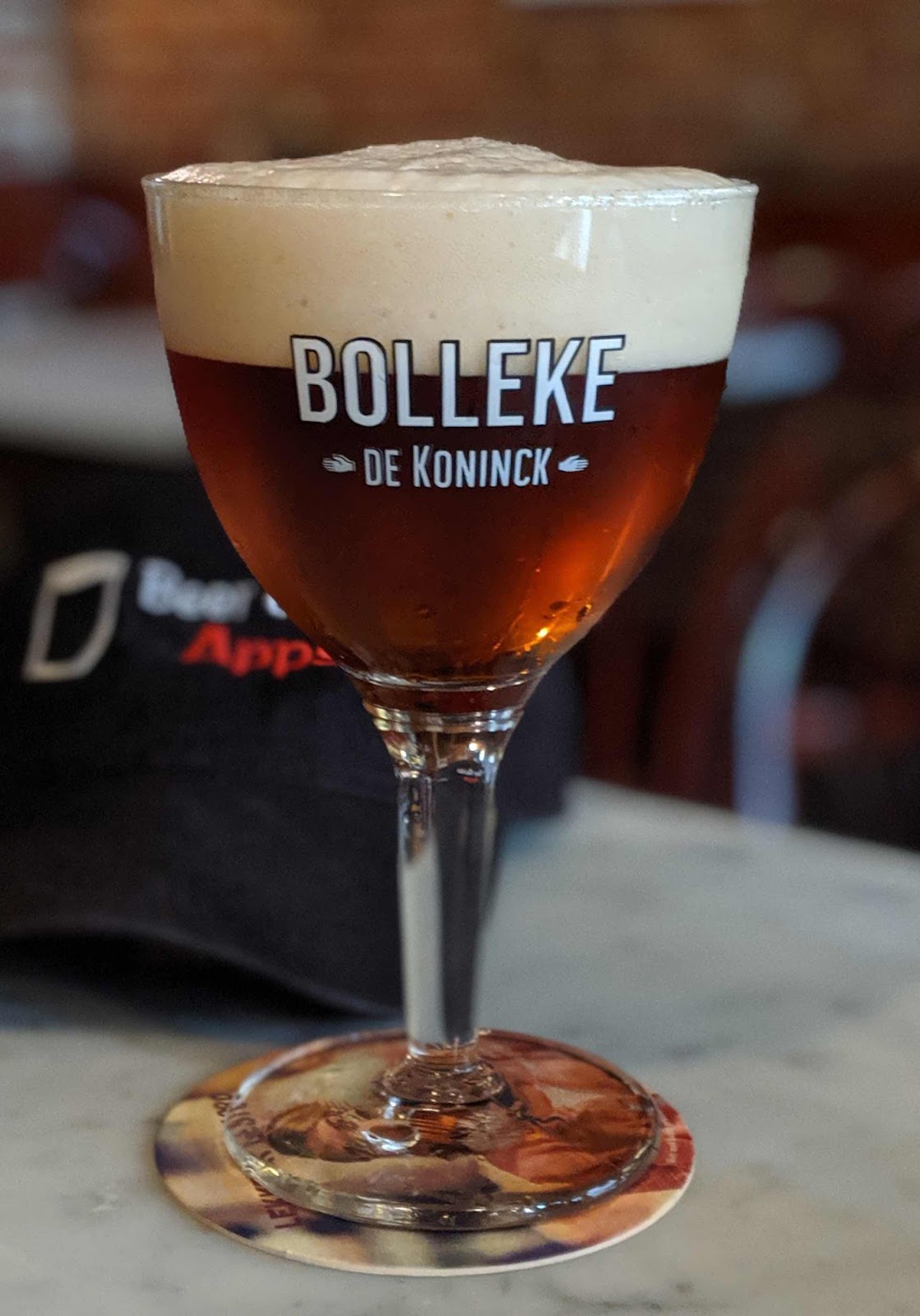 I forget what they call this lasagne but is the one that is not Bolognese and not vegetarian.  It had chicken and mushrooms and was very good. 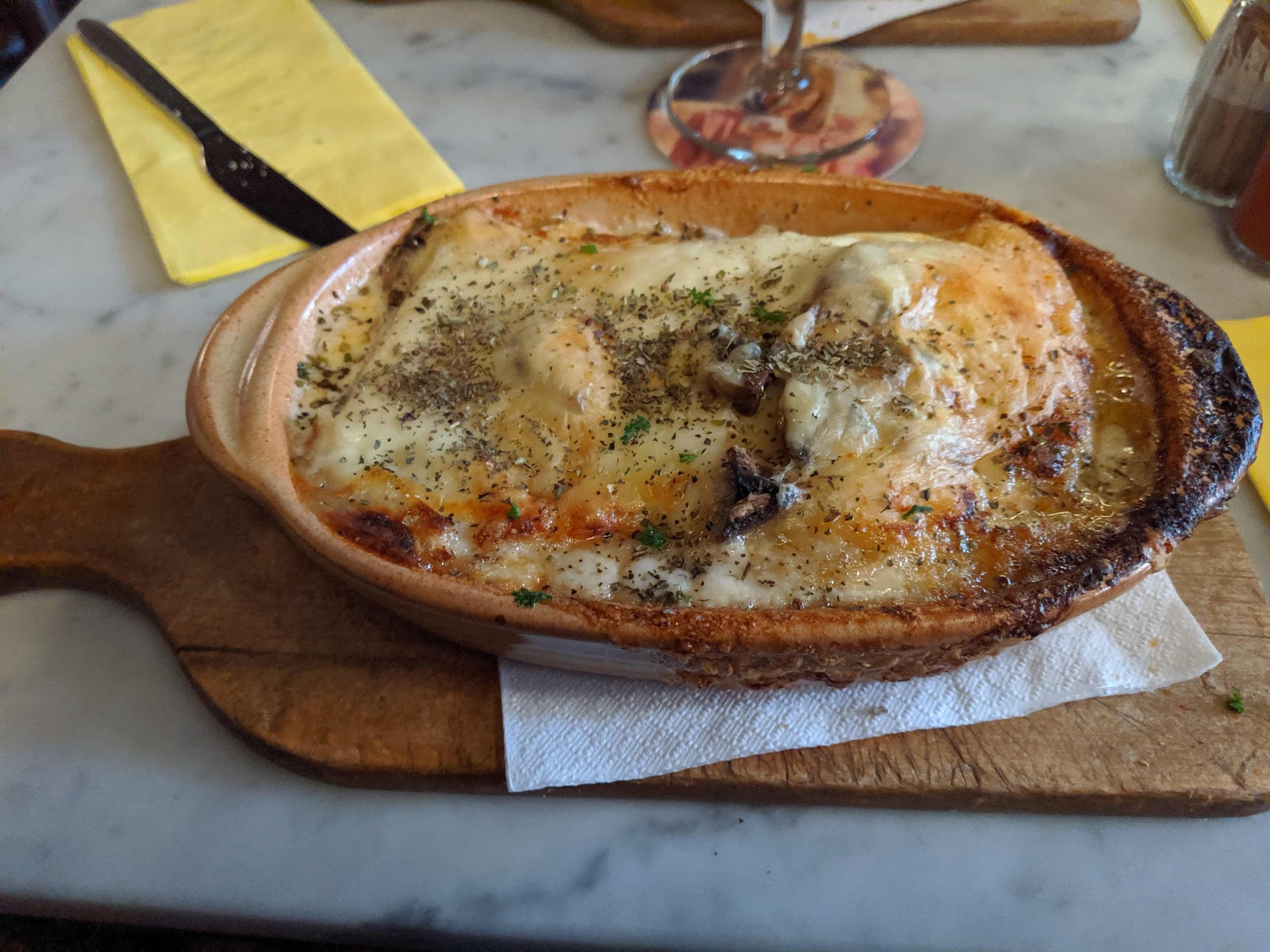 Suitably fortified we headed over to The Northener. I had stopped in there on Wednesday but Tom and Mike hadn’t been yet. 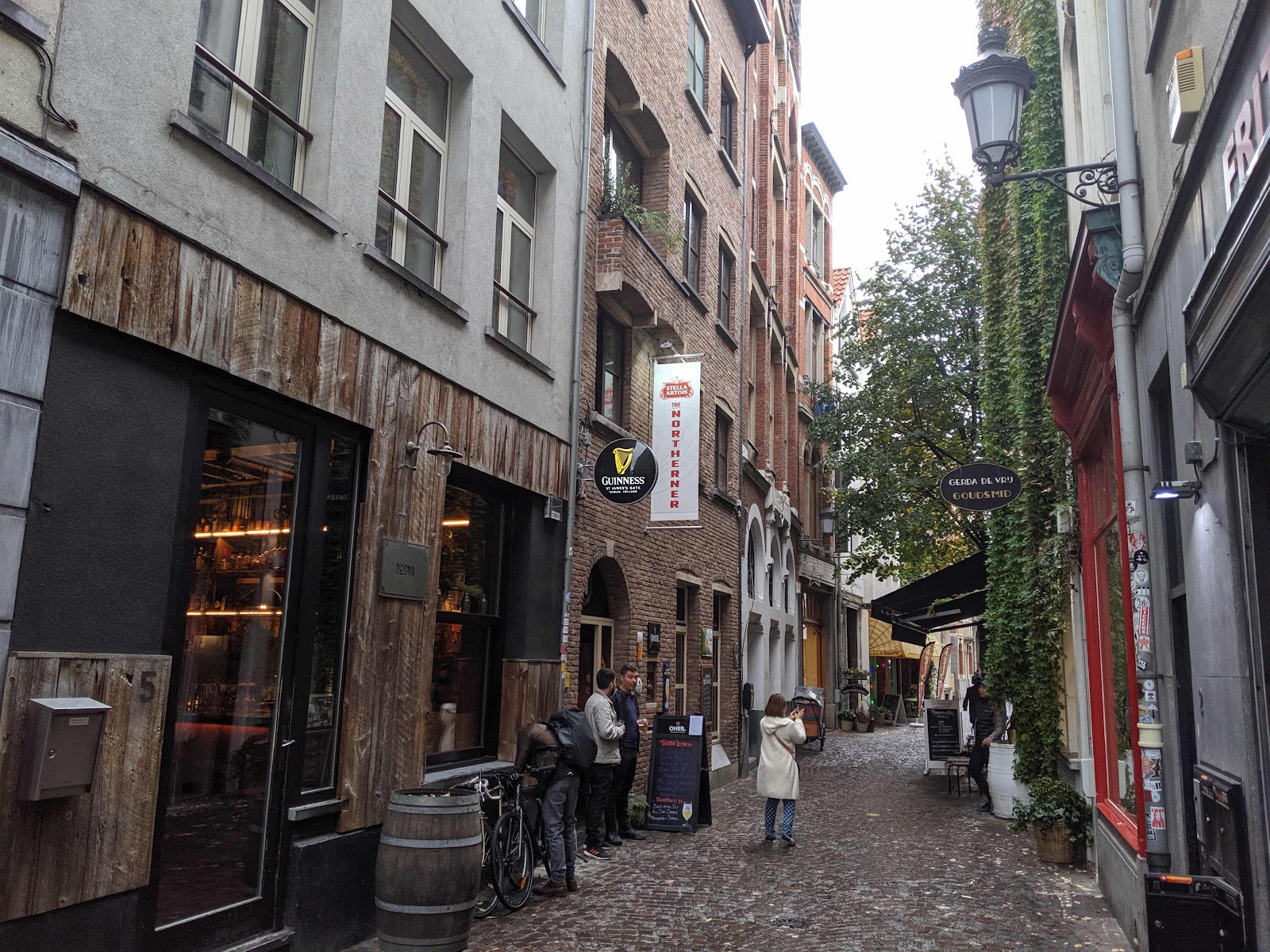 You could order the Saison Dupont in a 33cl glass, so I did. 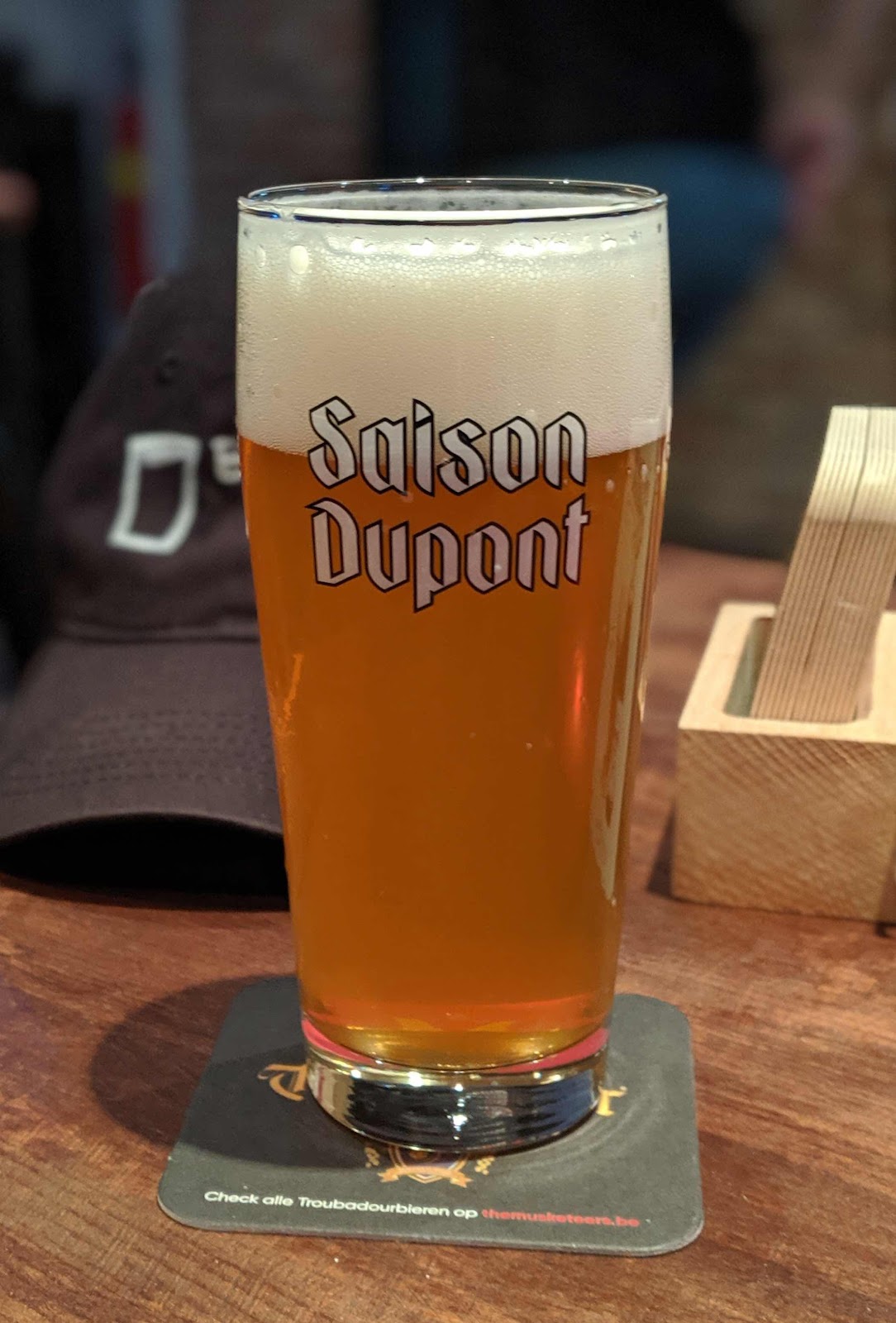 I like that they tell you which bottles are running low.

Being in a saison mood, I ordered the St. Feuillien is on next. Very good bit I like the Dupont better. 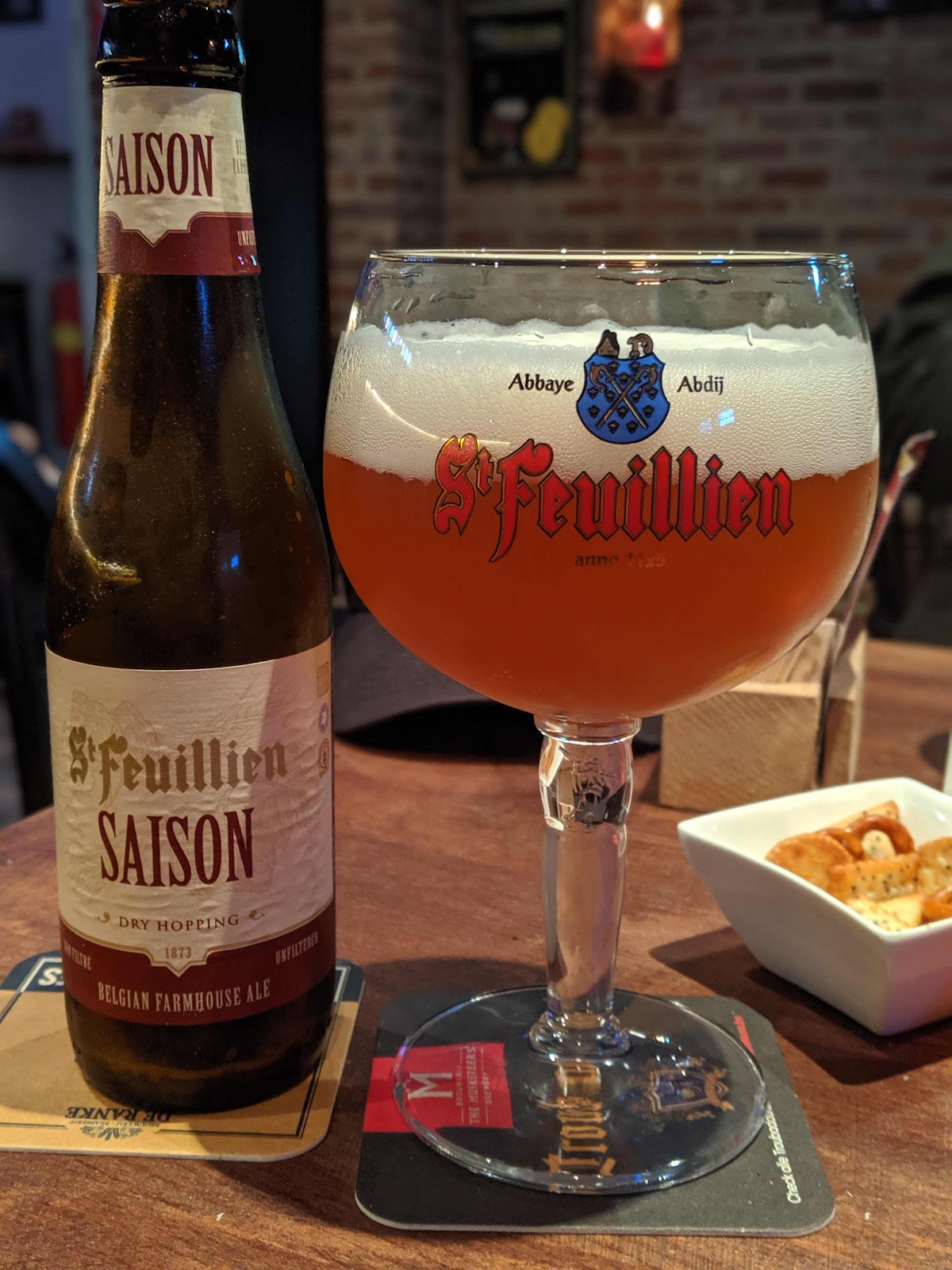 I really do like this place and I hope they can keep it going.
We where heading to check out a new place I’ve heard about when we passed this sign in front of Cafe Pardaf. Sold! 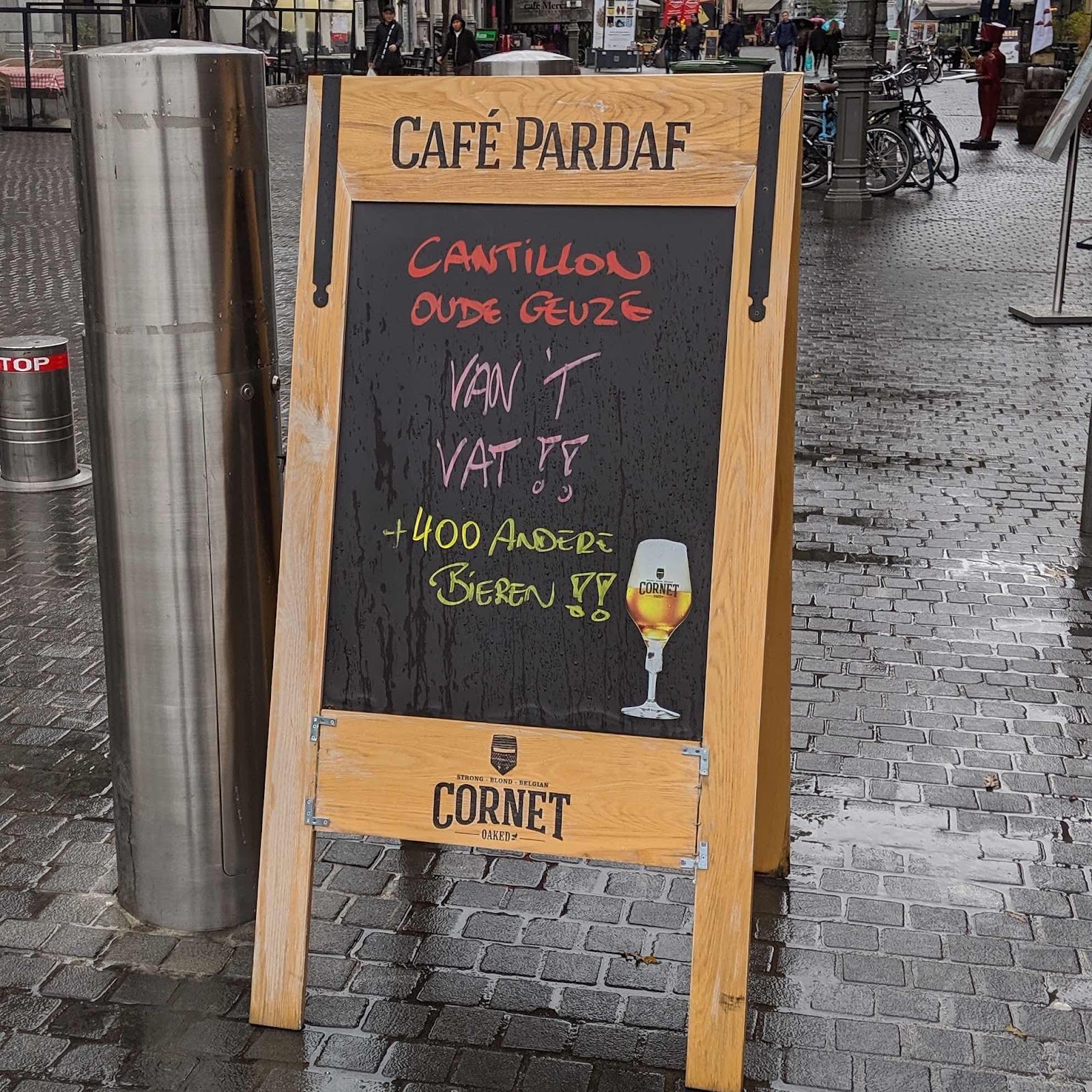 Needless to say we did not have one of the other 400 beers. I am amazed at how their beer lists has improved over the years. At some point I need to go and “audit” the list — that is order lots of beers and see what shape they are in. It is tough work but it must be done. 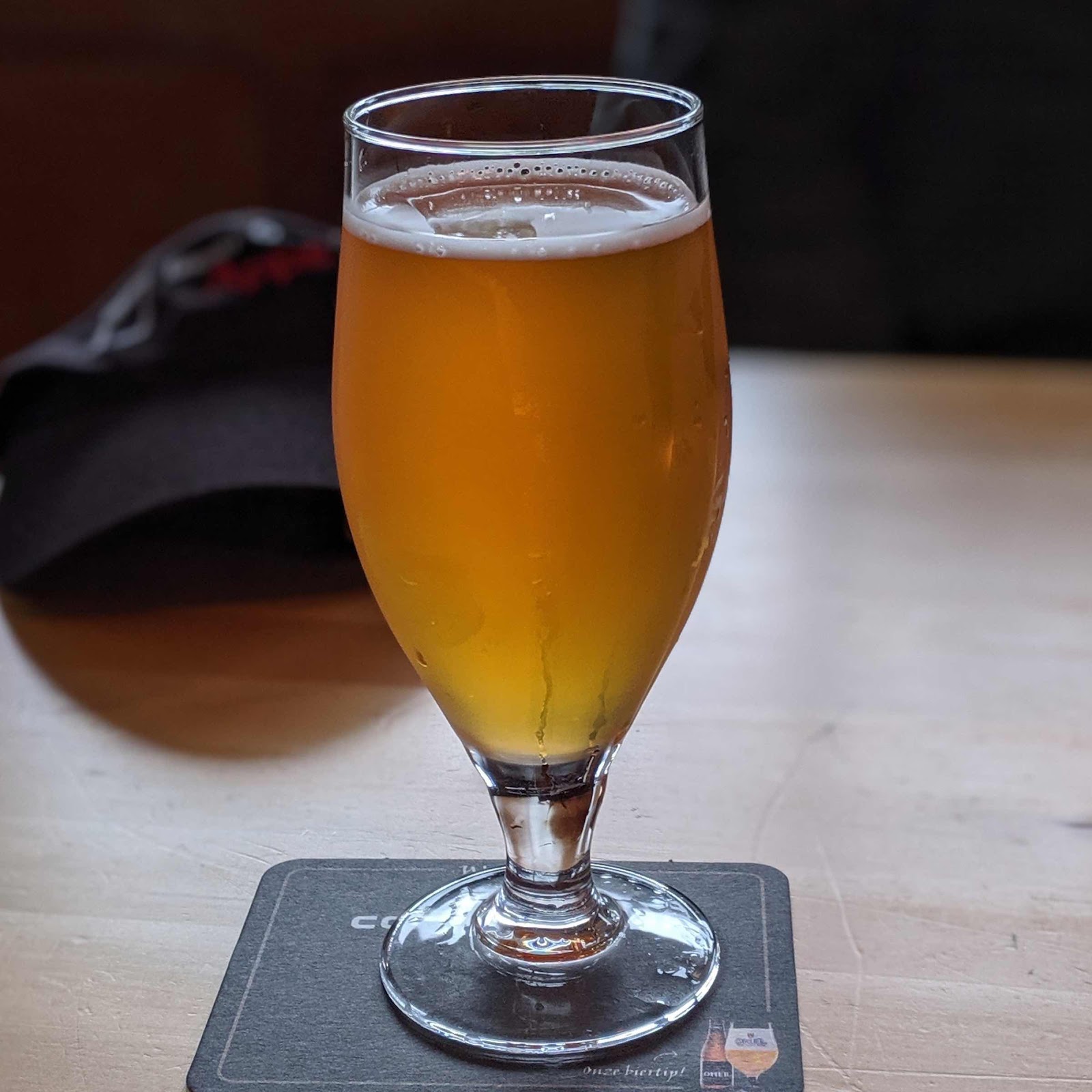 By now it was close to 4pm so we headed to the Kulminator were I started with the Malheur 60 Blond. 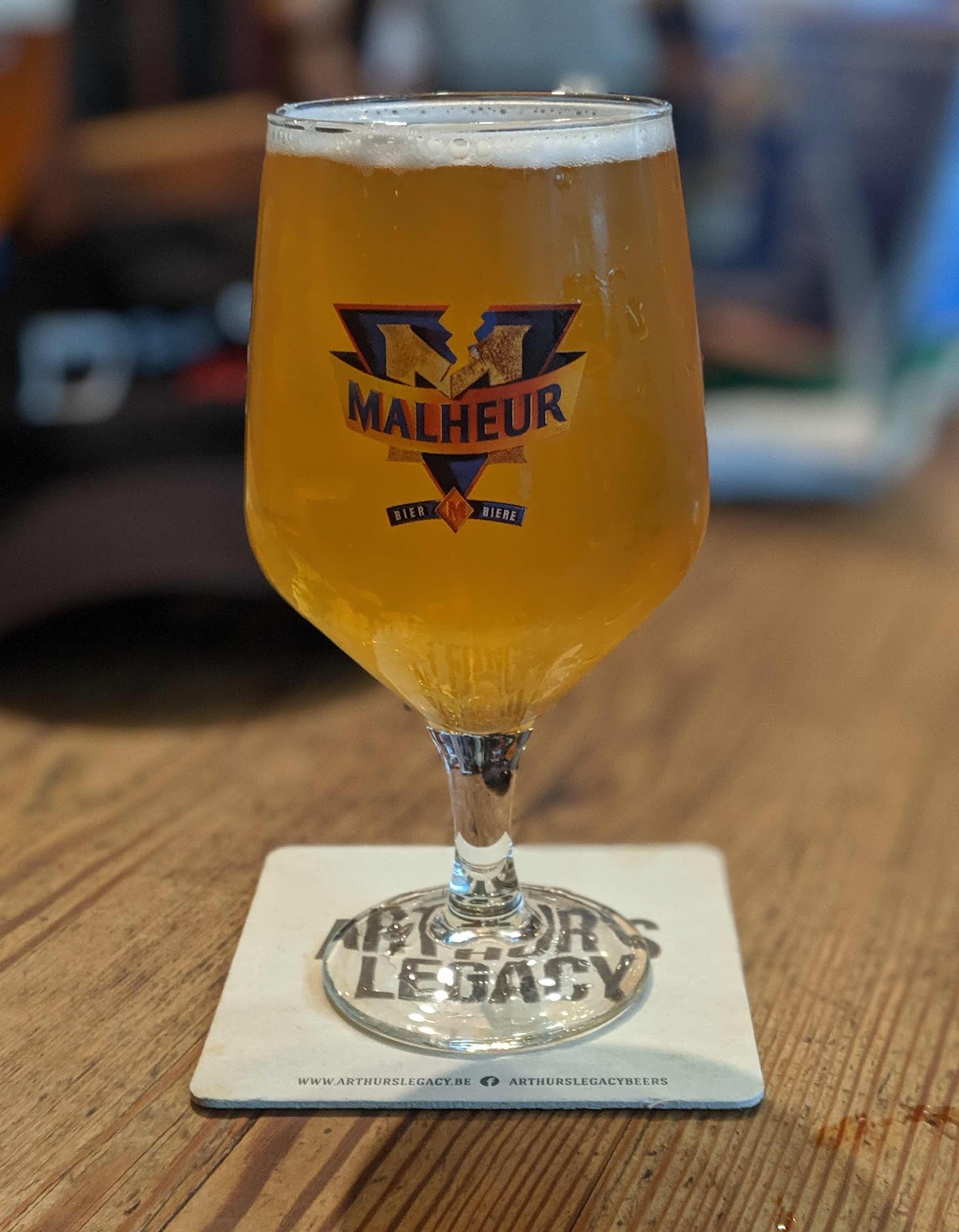 Tom and I both wanted fresh(-ish) Tripels so we asked what was available. Leen didn’t know off and and we said just bring us two. We have often done blind triple tasting so she brought them out in plain glasses. 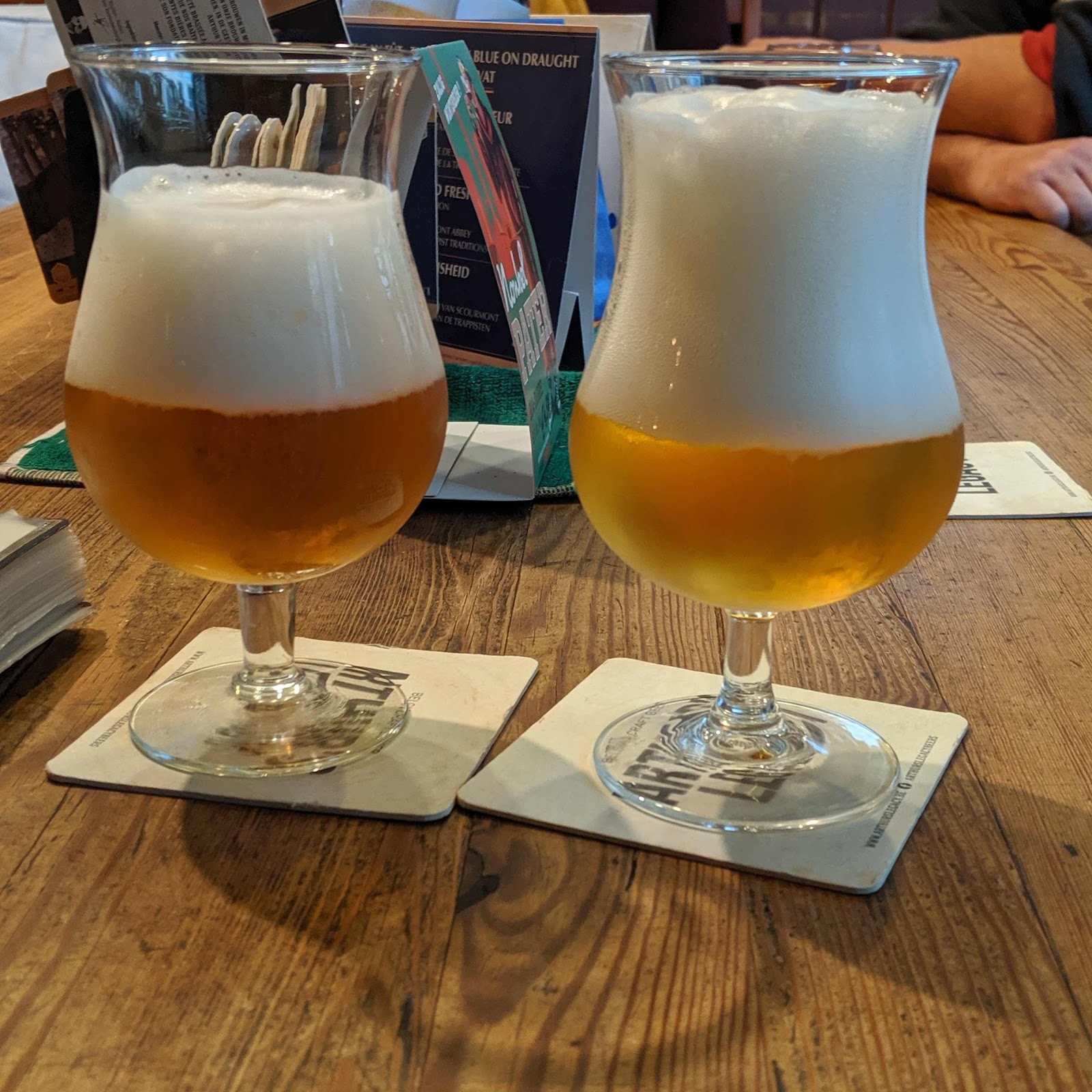 Well, we went down the list of what they weren’t but couldn’t pin them down 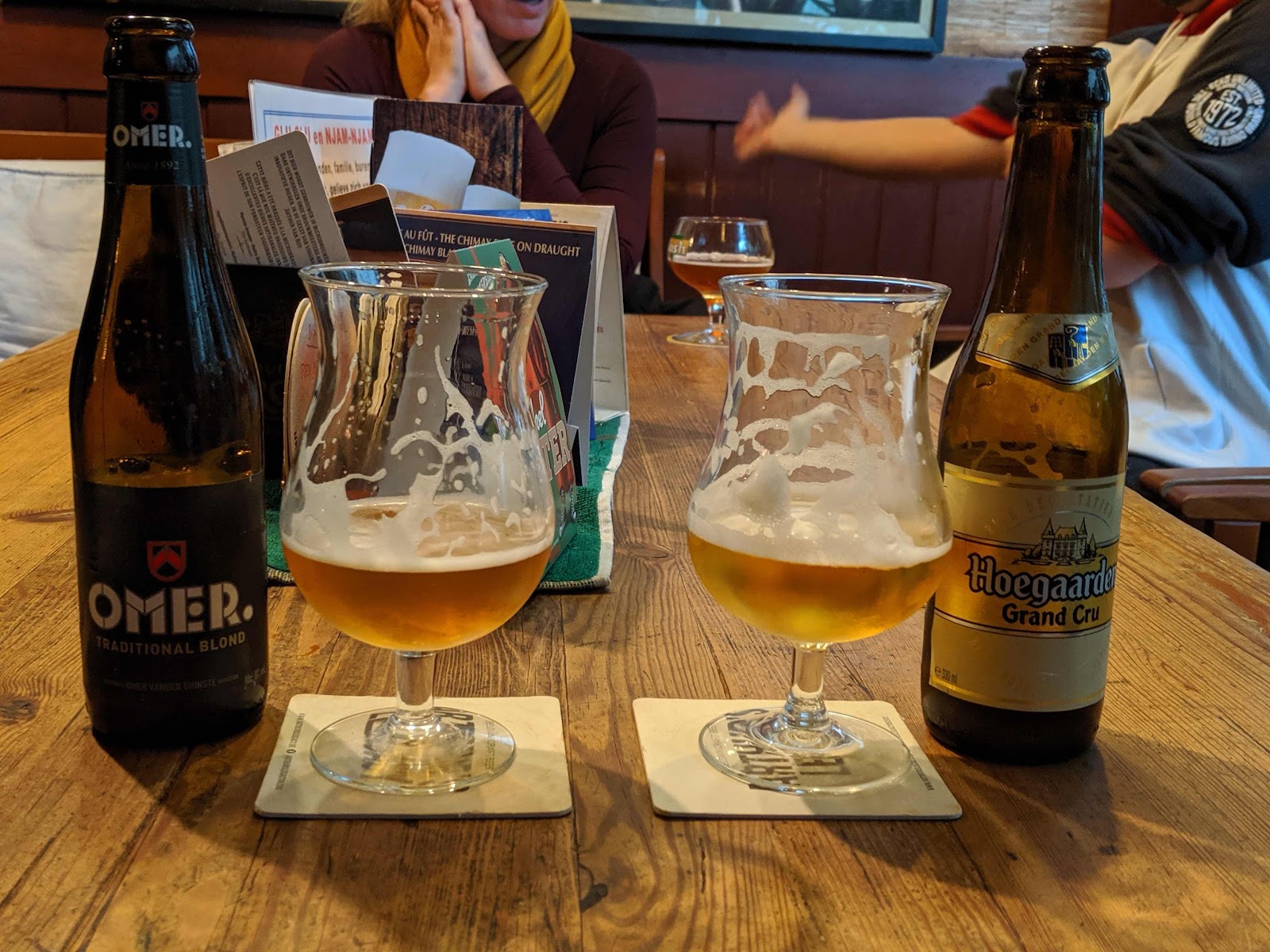 Some might argue the Hoegaarden Grand Cru is not really a tripel but it sure fits the flavor profile. I haven’t had one in a while and I was surprised by how much I liked it.
Leen came back and said I have these three other tripels — did we want them. Why not, that is why were are here. 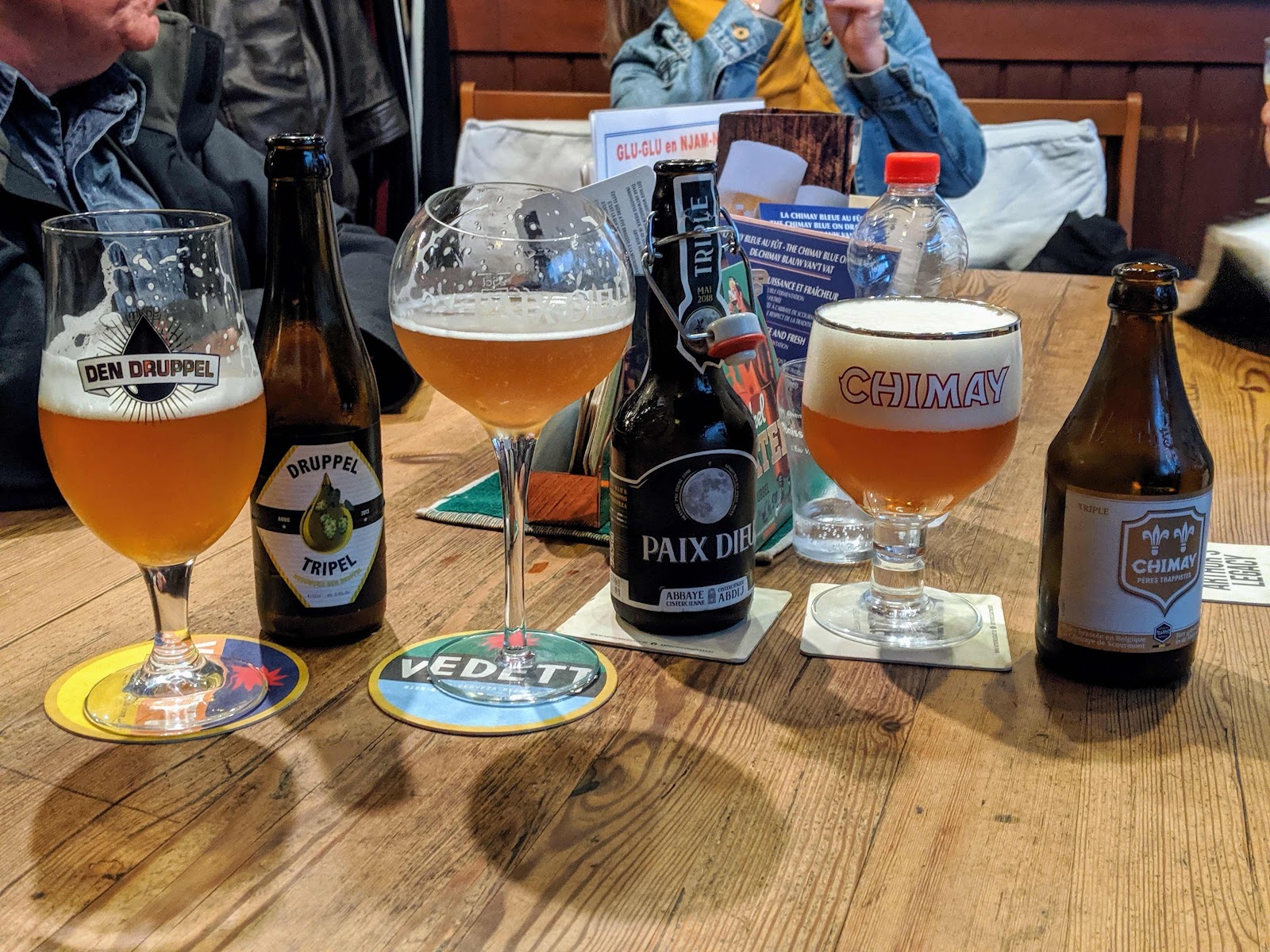 The Chimay was the table favorite. We had the draft version yesterday and this bottled one was different — some of that was the temperature, I’m sure — draft vs cellar. The bottled version was definitely more complex. Of the other two, I liked the Paix Dieu over the Bruppel but there was nothing wrong with either.
I asked if they had any beers from Kees and she said they had a few, so she brought the Peated Imperial Stout, Double Rye IPA and an Emelisse Porter (brewed when Kees was the brewer there). 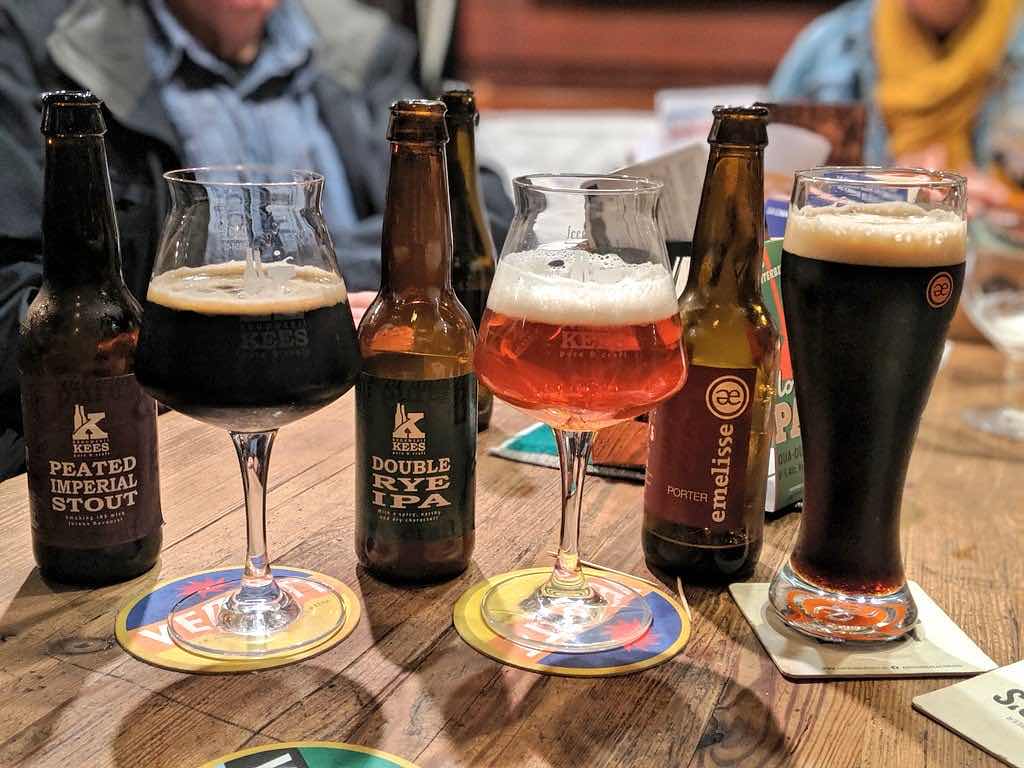 They were all good but the Porter was my least favorite. It was the oldest and the lowest in alcohol and I think it didn’t age as well as the others. It was still good, though.
Having promised myself and early night (yeah, right) I had a Bush Noel (2015 but on tap) and called it a night. 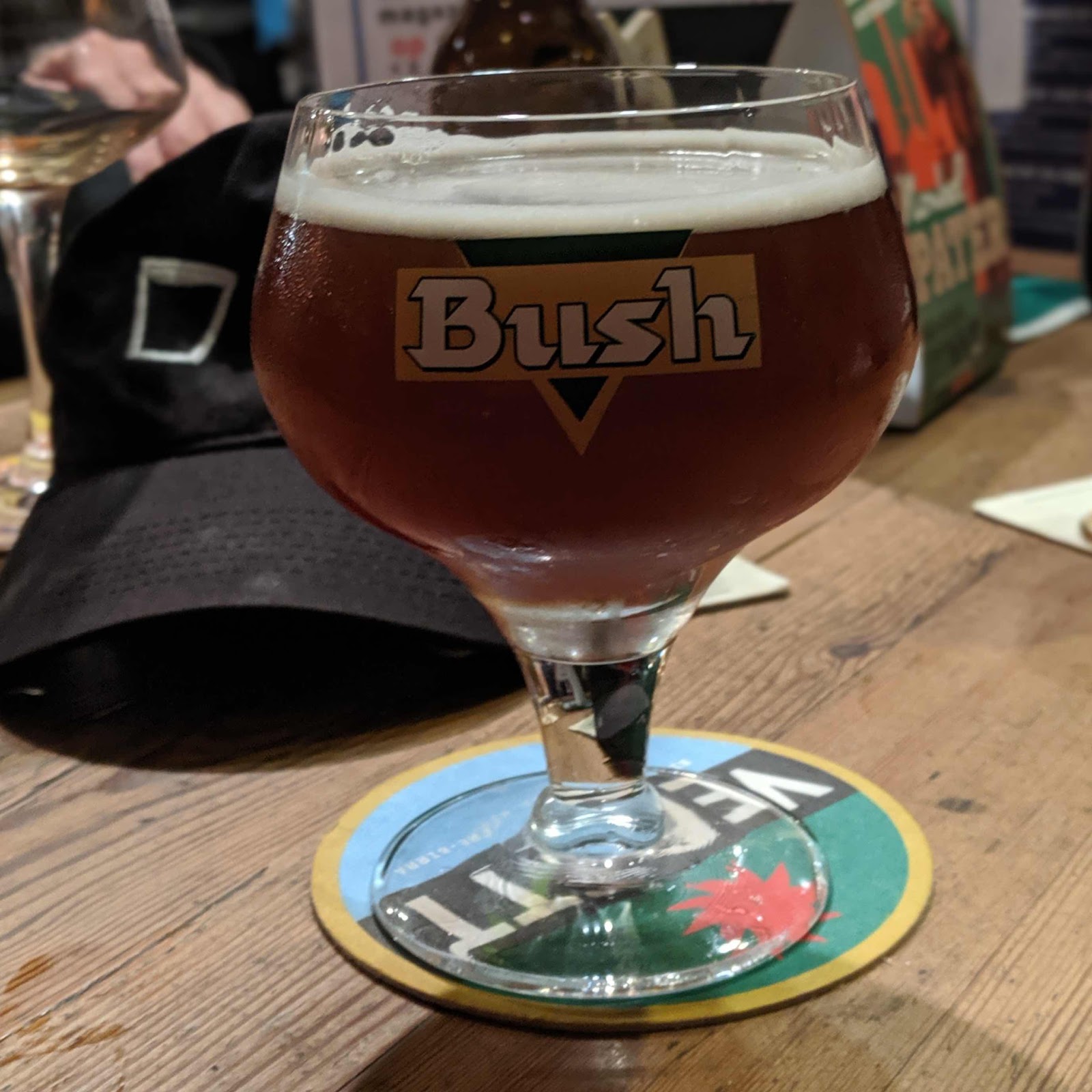