This post is going to be pretty boring, I just drank beer at one place today.
I had an uneventful journey to Antwerp. I thought I’d take the tram to the new Stadspark station near my hotel, but it turns out you can’t get the tram in that direction from the Astrid station without going up and down lots of stairs. Not too easy with a bum knee and a roller bag. But I eventually made it.
A quick unpacking and off to the 4pm opening of the Kulminator. There is a giant luxury hotel going in (“The Botanical”) and they have taken over the alley/street I usually use to get to the K. So there was some backtracking and taking the long way around which meant I was there after 4pm. Normally not a bit deal but it means you have to ring the bell and wait for Dirk to let you in — which isn’t 100% certain these days. Luckily Leen answered, gave me a big smile and said come in. 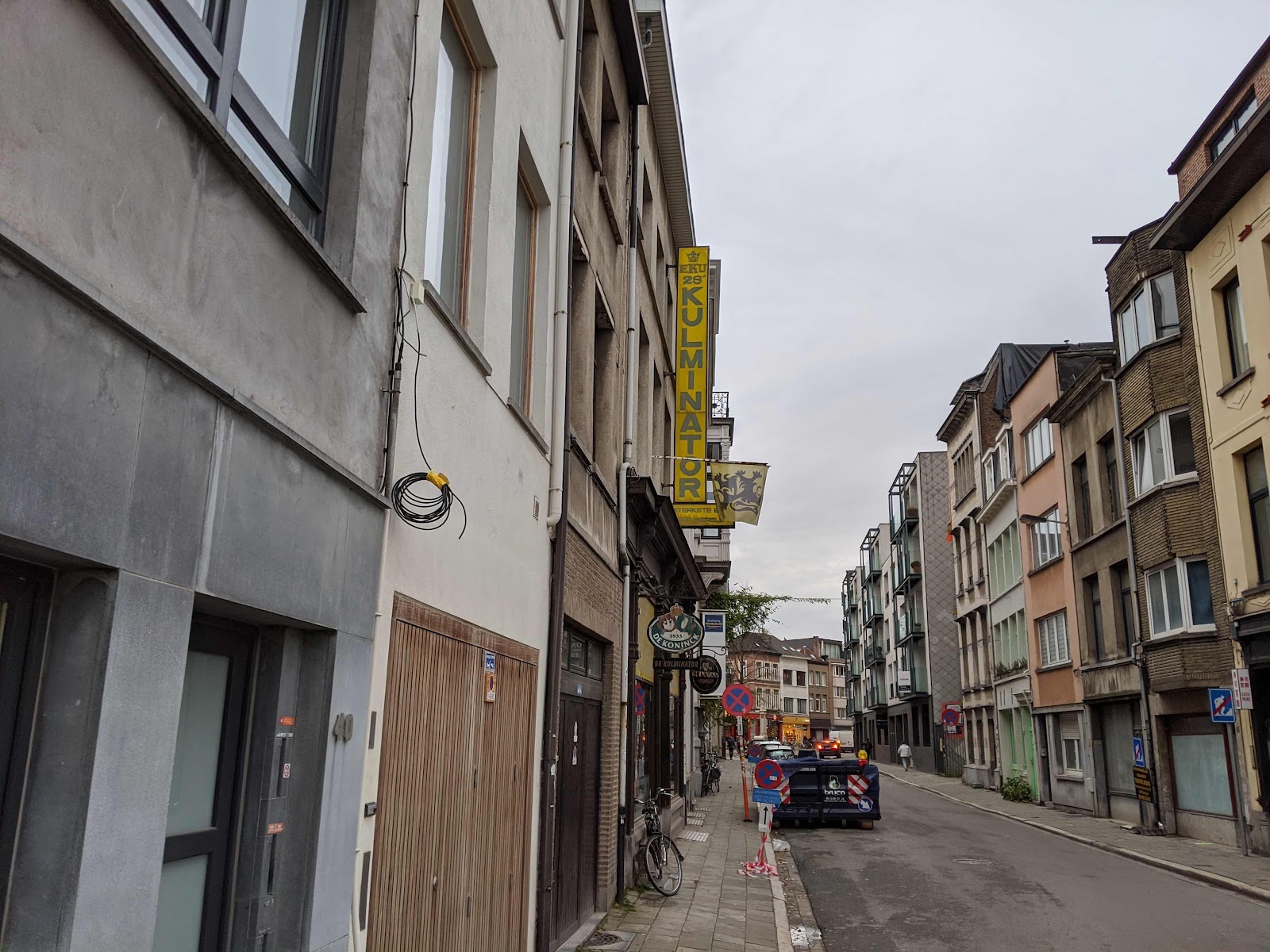 By the way, there was a post on the “Friends of Kulimator” Facebook group that had incorrect information: They will be closed from Dec 24 to Jan 22, that much is true. But their new “daytime” hours will be from 11am-6pm Tuesday thru Saturday — until August, when Saturday will be dropped and they will just be open Tuesday thru Friday.
I was last here in early October and the tap list hasn’t change much since then. 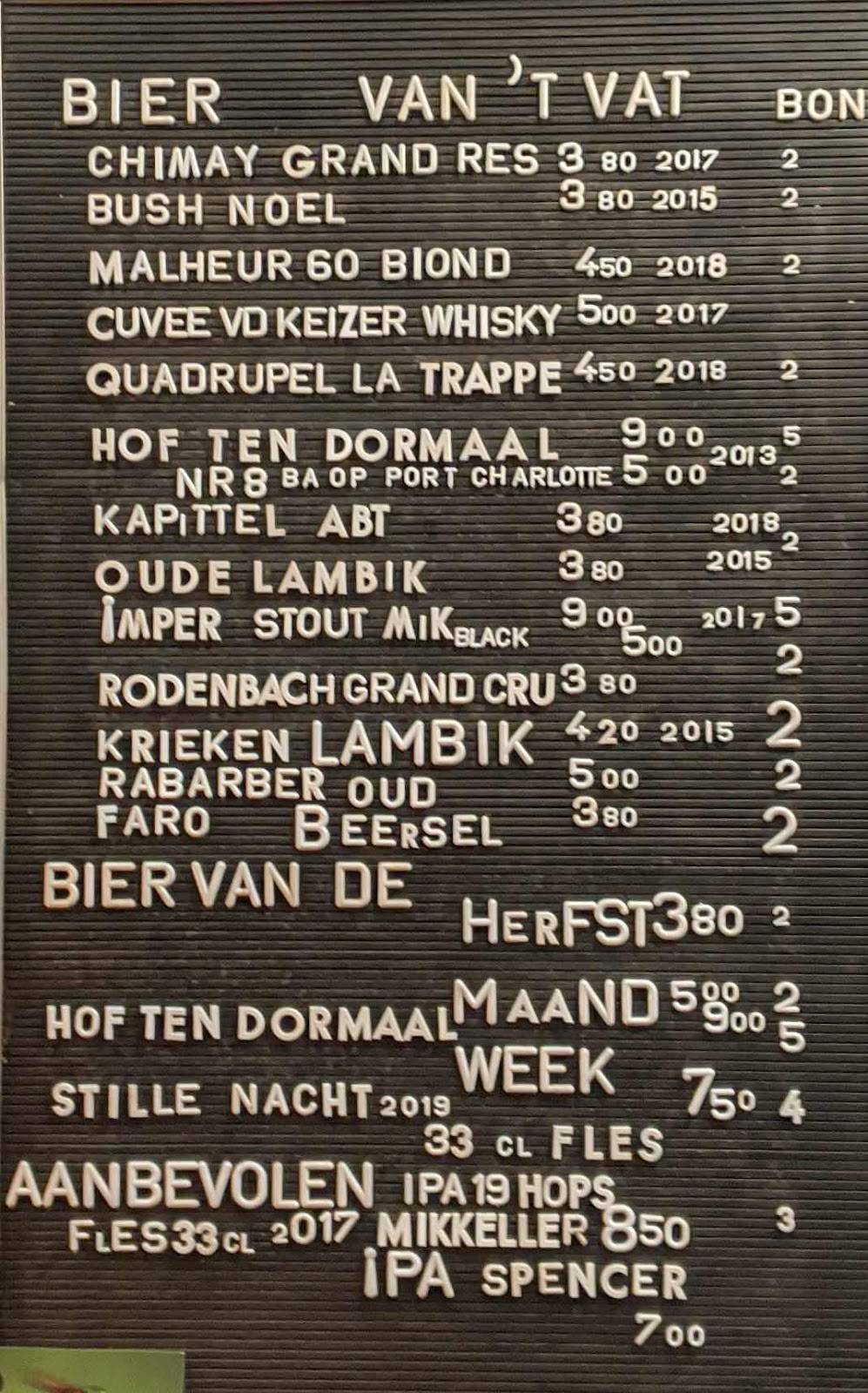 I started off with the Het Kapittel Abt, being relatively light. An enjoyable beer but not one I would seek out. 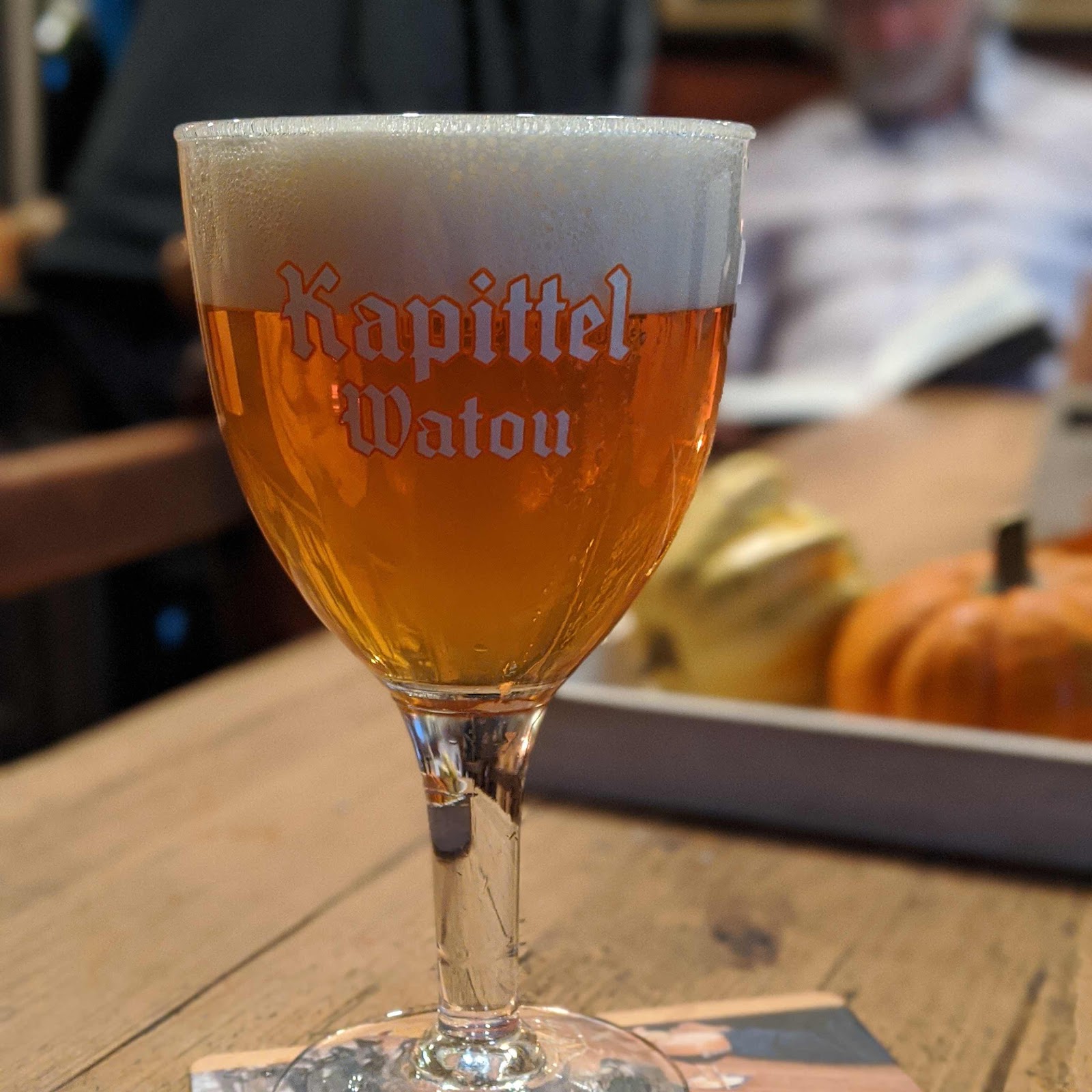 One of the new beers was the Old Beersel Rabarber (Rhubarb) Lambik. There is a a cute video available on YouTube that is a German tongue twister were Rabarber has a central role. Whenever I see that word I think of this video.


Anyway, the Rabarber Lambik was tart but the Rhubarb tartness sort of masked the lambic and made the beer sort of one dimensional. I had a Cantillion Rhubarb lambic years ago in Stockholm and it was much better. But worth trying once. 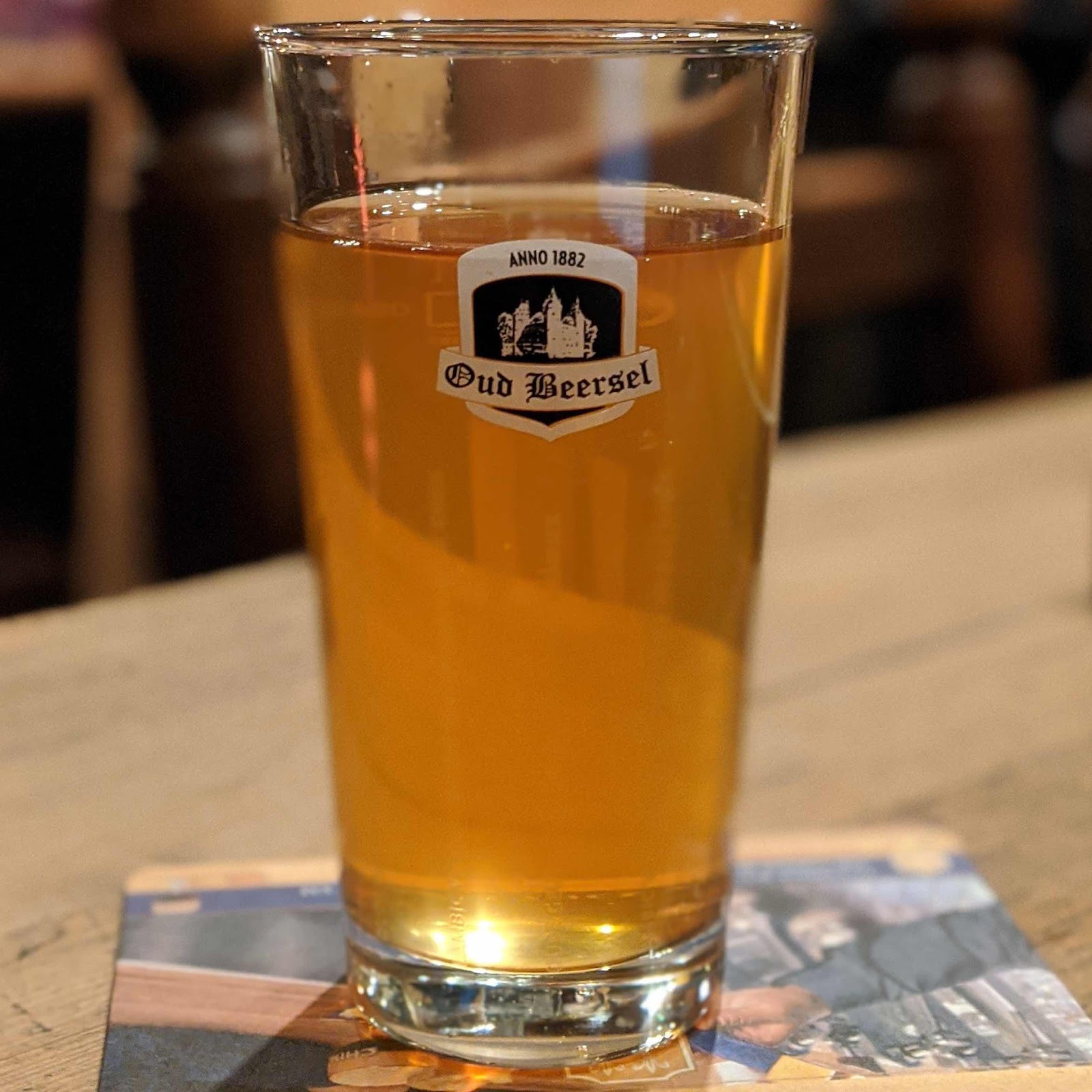 Next I had the Matheus 60 Blond.  I really like this beer, one I would drink more of if there weren’t so many other good beers to try. 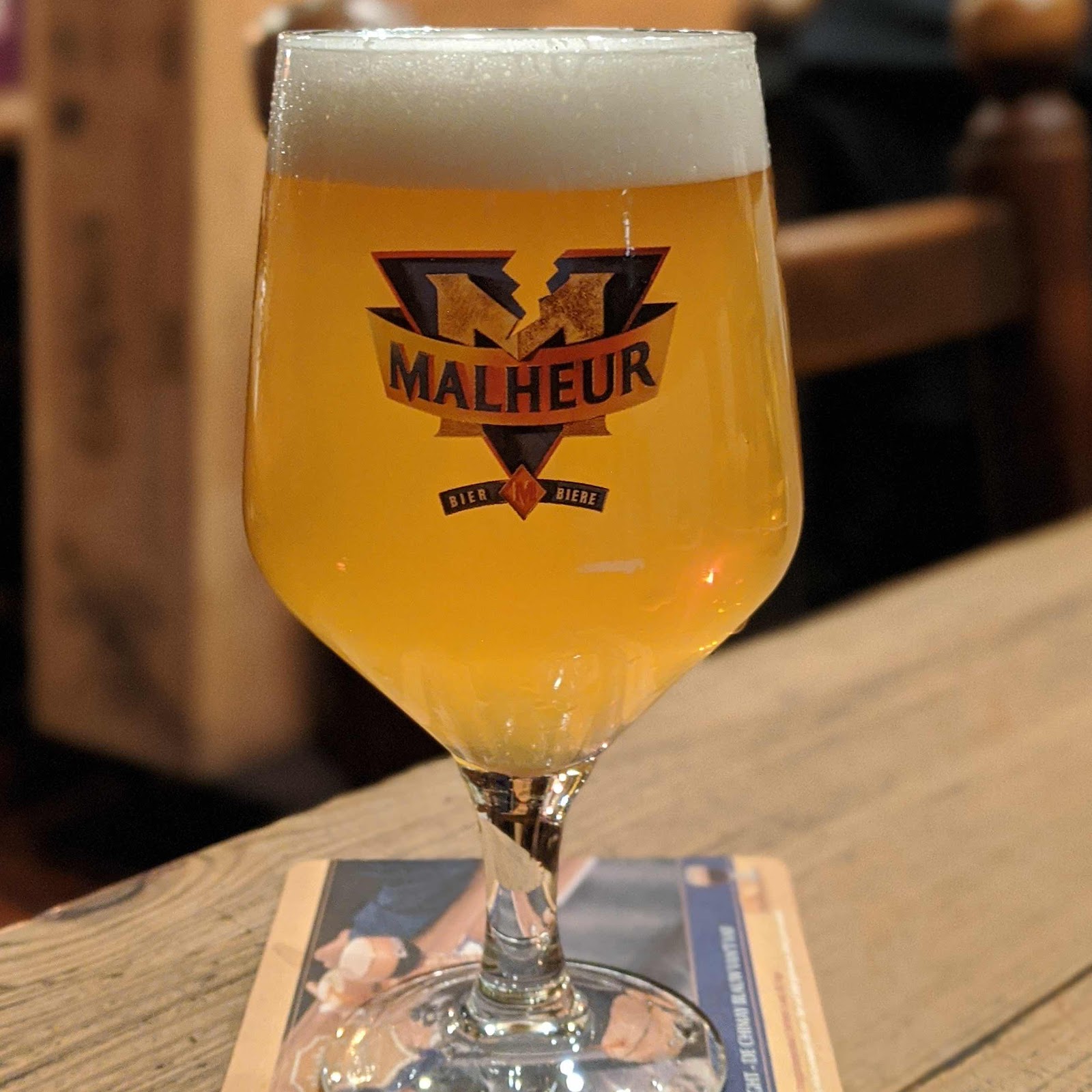 Preliminaries out of the way, it was time to dive in deep with the Het Anker Cuvée van de Keizer Whisky Infused. 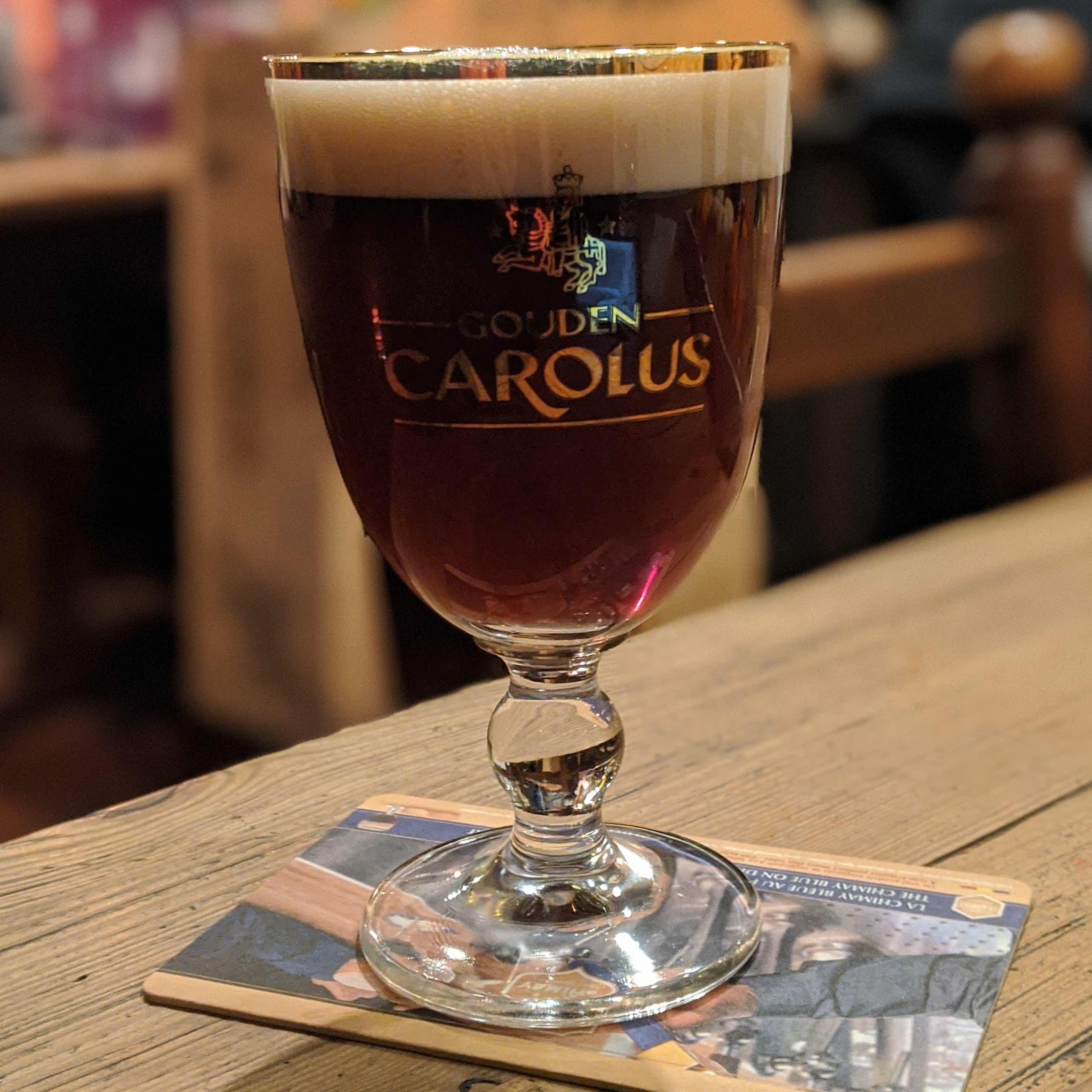 I really like the regular Cuvée van de Keizer and don’t think the Whisky really adds much. It sort masks that house Het Anker character that I like. I think it is a bit of gimmick for gullible Americans (like me)
If the Kulminator has a “house beer” it is Bush Noël. It is on year round, not just at Christmas, only the vintage changes. Currently they are pouring 2015. It is a lovely beer. 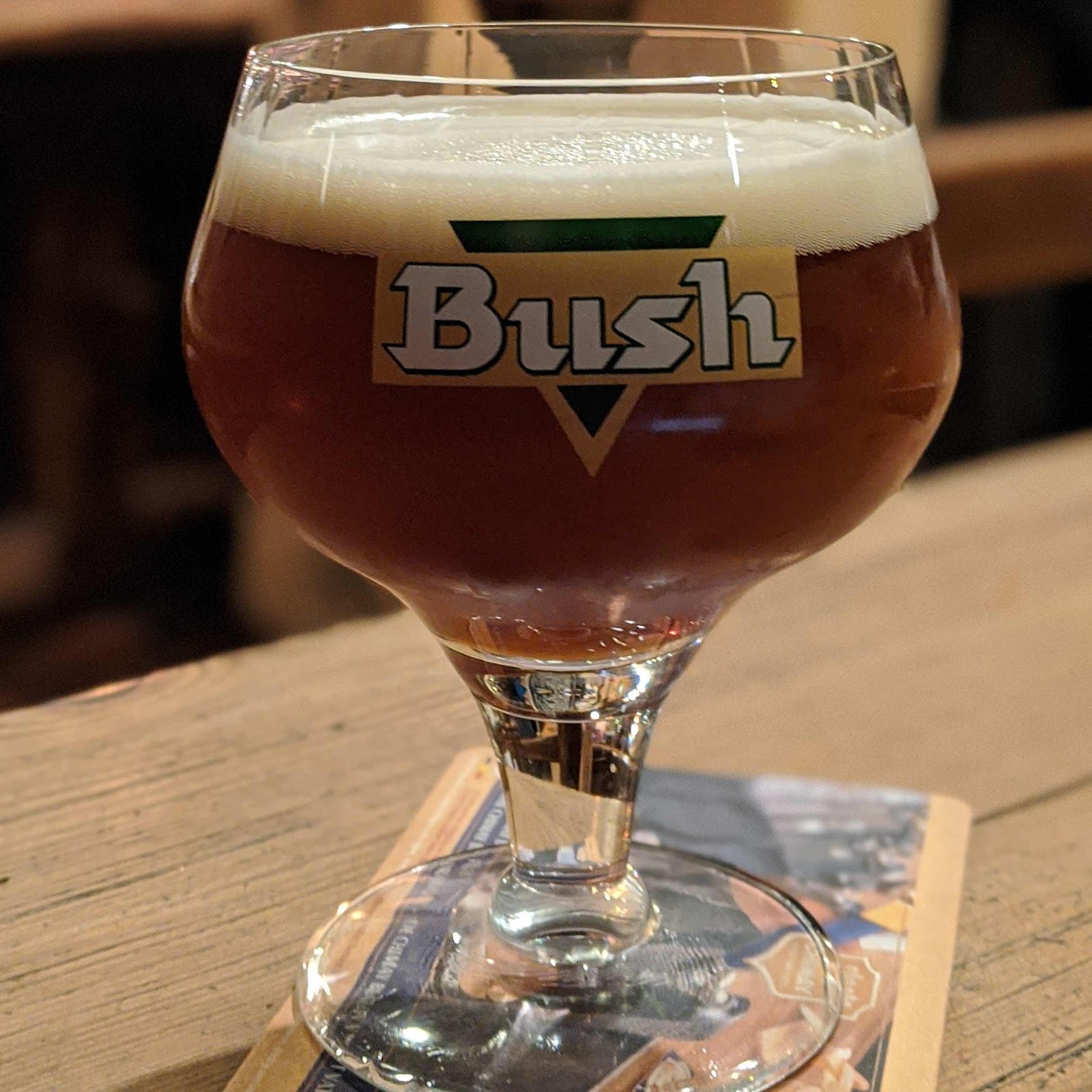 .
Often the Bush Noël is my last beer — it’s a hard act to follow. But the Mikkeller Black is up to the task. 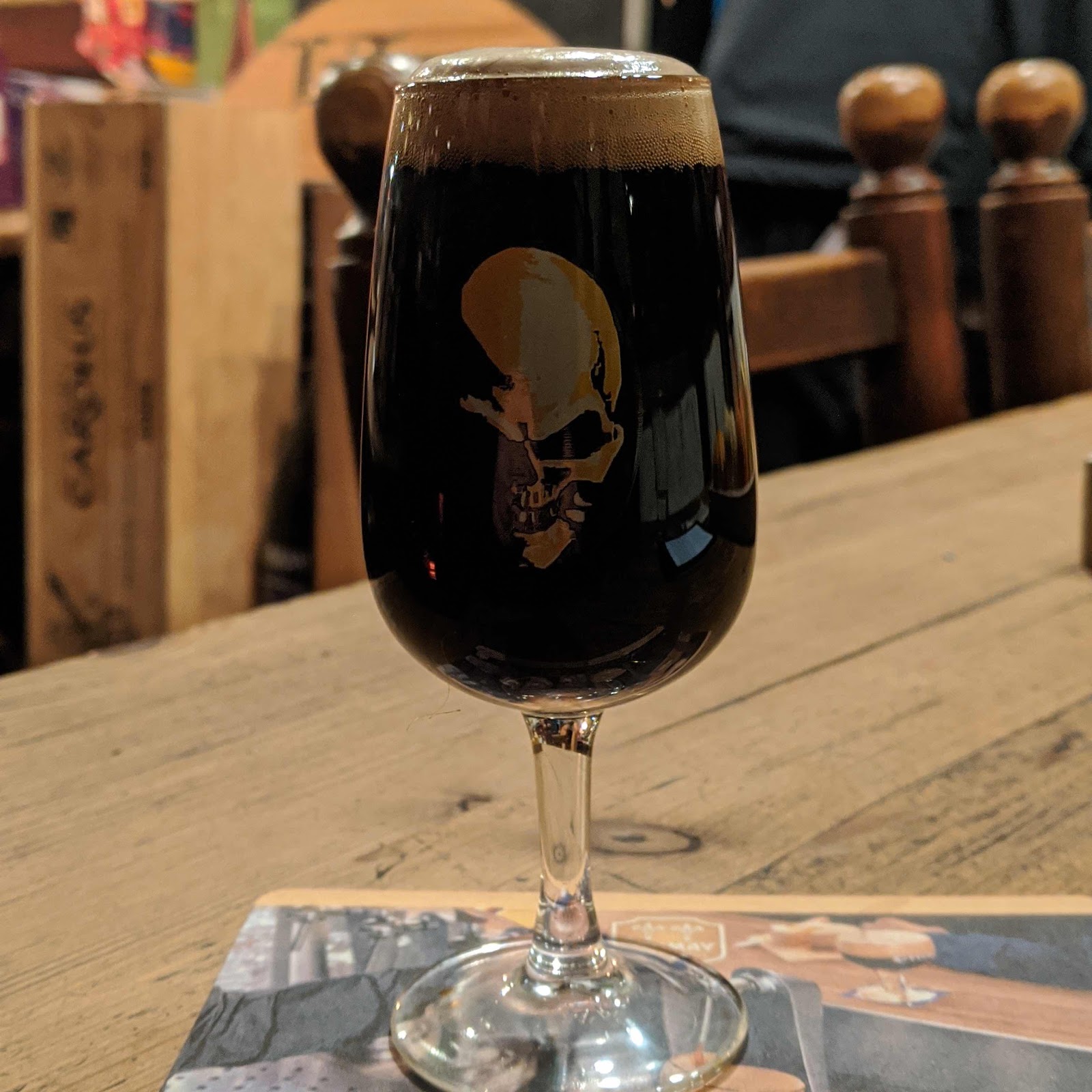 It was a quiet evening and a bit cool so the space heaters were out. That brought out some of the cats, which are normally stay pretty well hidden when there are people about. This one was making sure the table didn’t move... 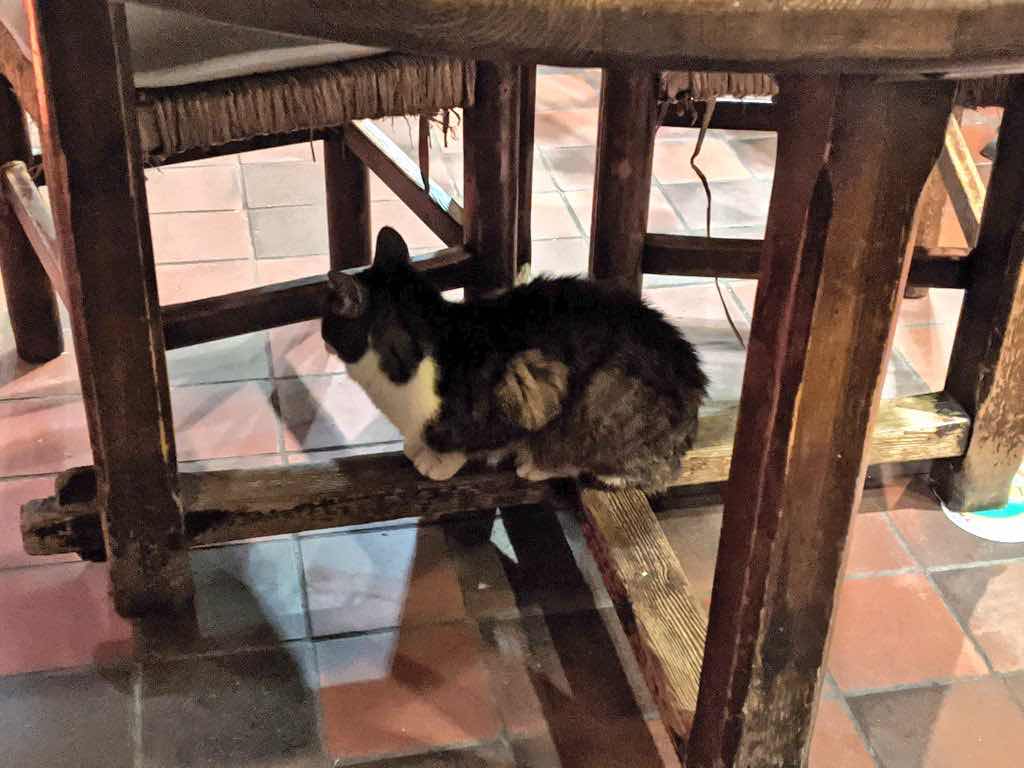 \\
This one was protecting the space heater from any mice that might attack it. 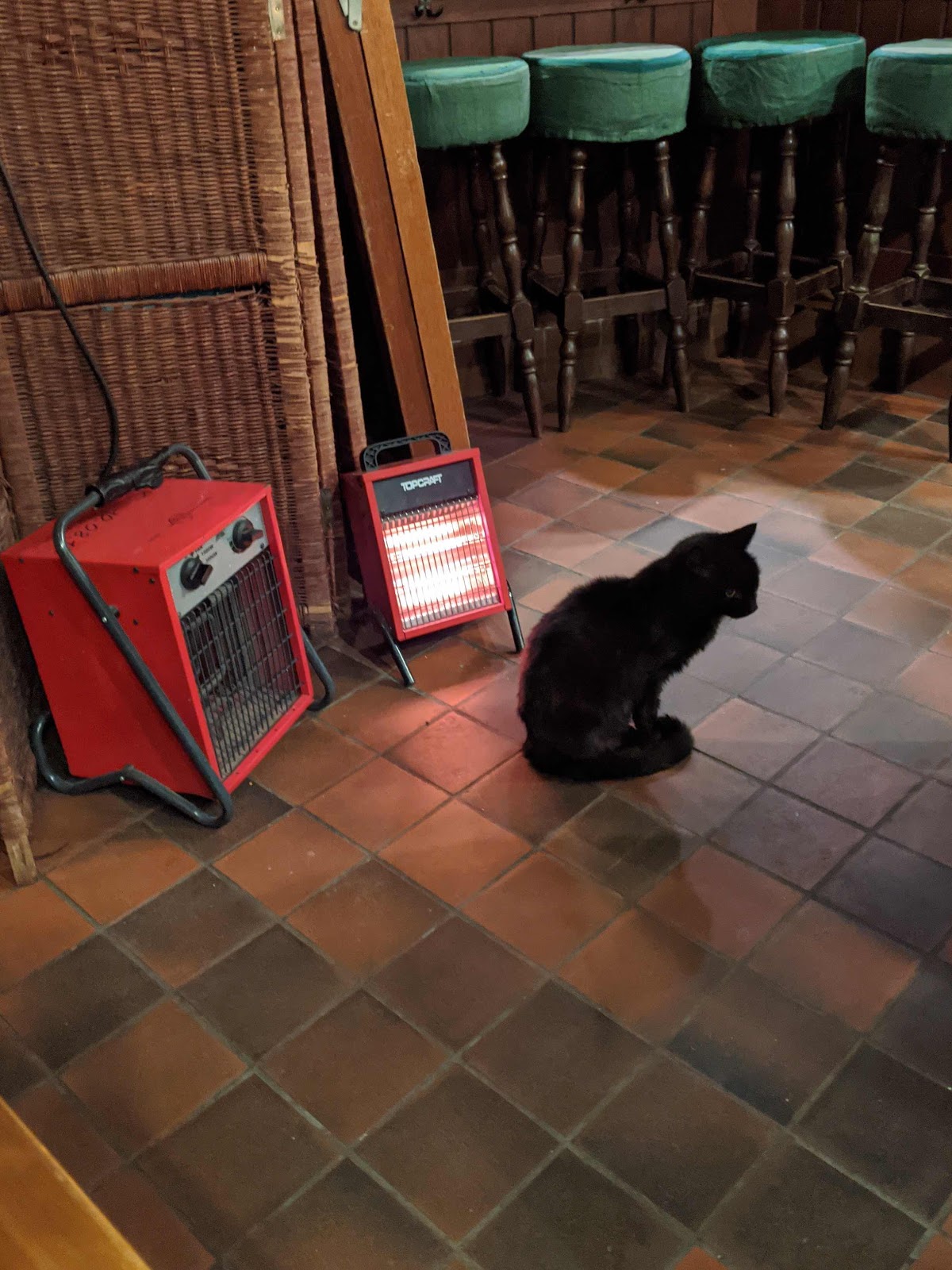 And this one was doing what I wanted — have a nice nap after all the beers. 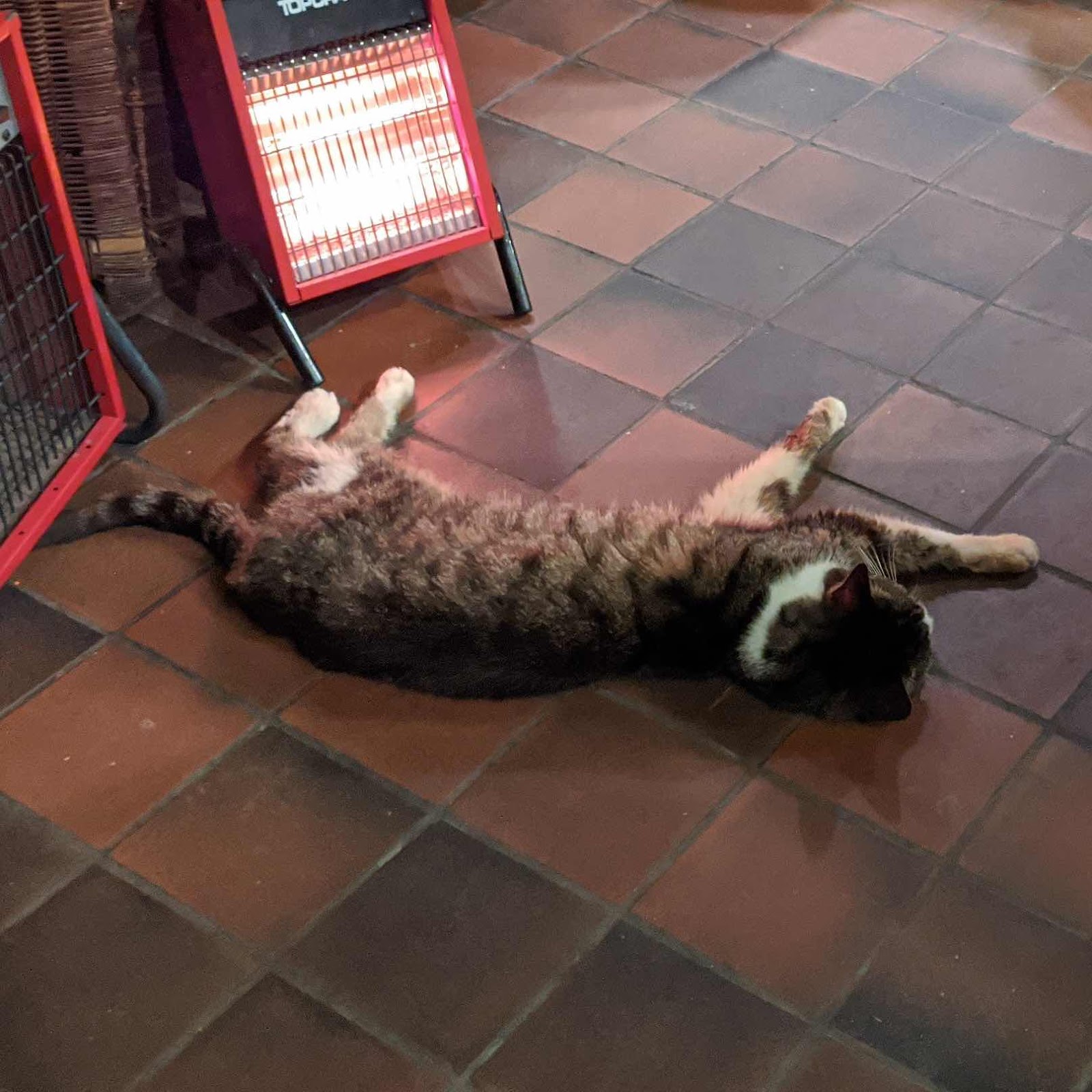 With that I called it a night.