Fooled you with title, eh?
I was going to head to my favorite herring stall, Stubbe’s Haring, on a bridge over the Singel canal, but they are closed on Monday. So I made do with a stand in front of Centraal Station. No visit to Amsterdam is complete without some street herring. 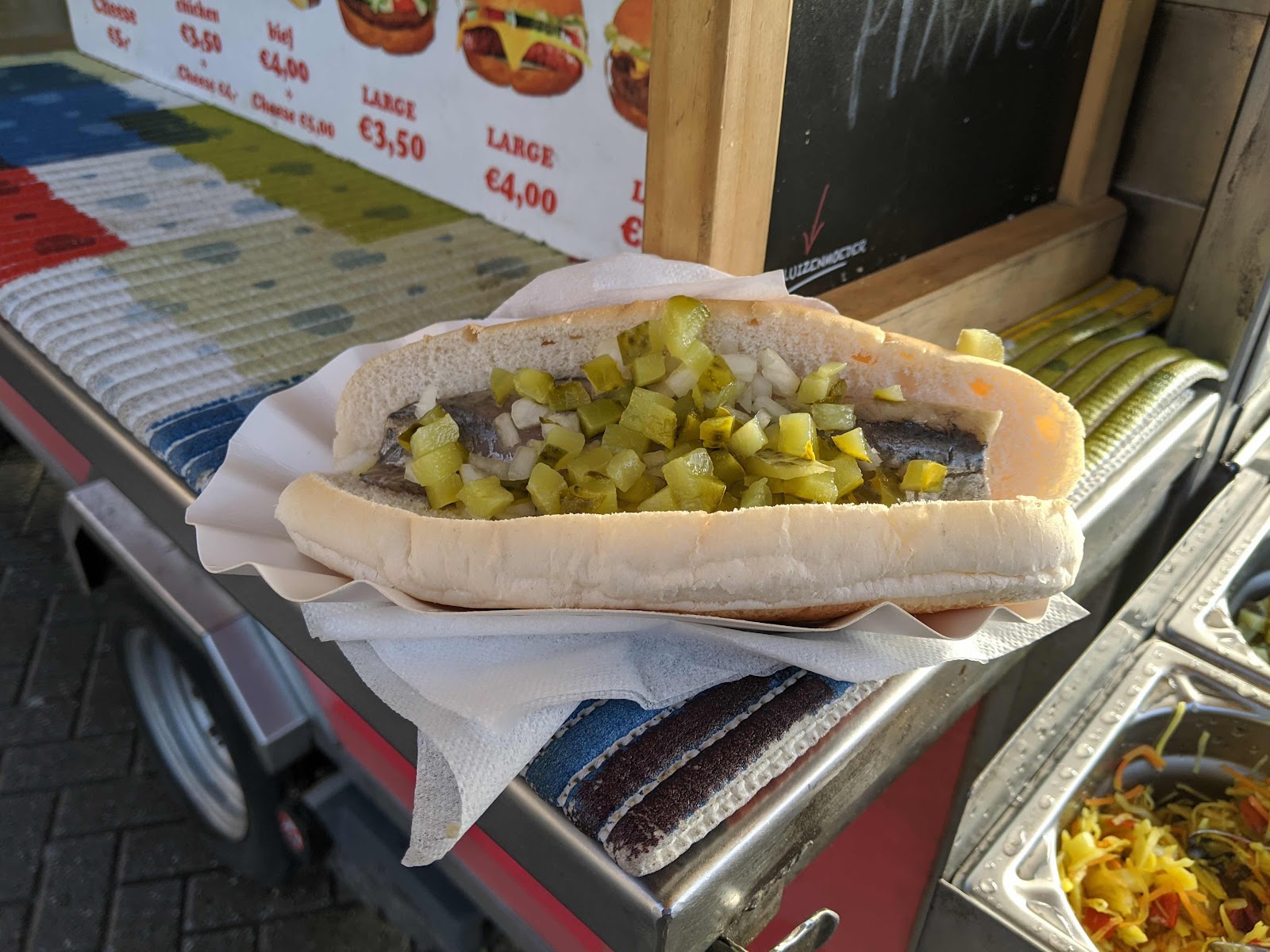 I headed over to ‘t Arendsnet, one of the better beer pubs in Amsterdam. Since it’s opening in 2000 they have only served Dutch beers. In the early days that was a lot harder to do then it is now. They have 50 taps and 2 hand pumps. 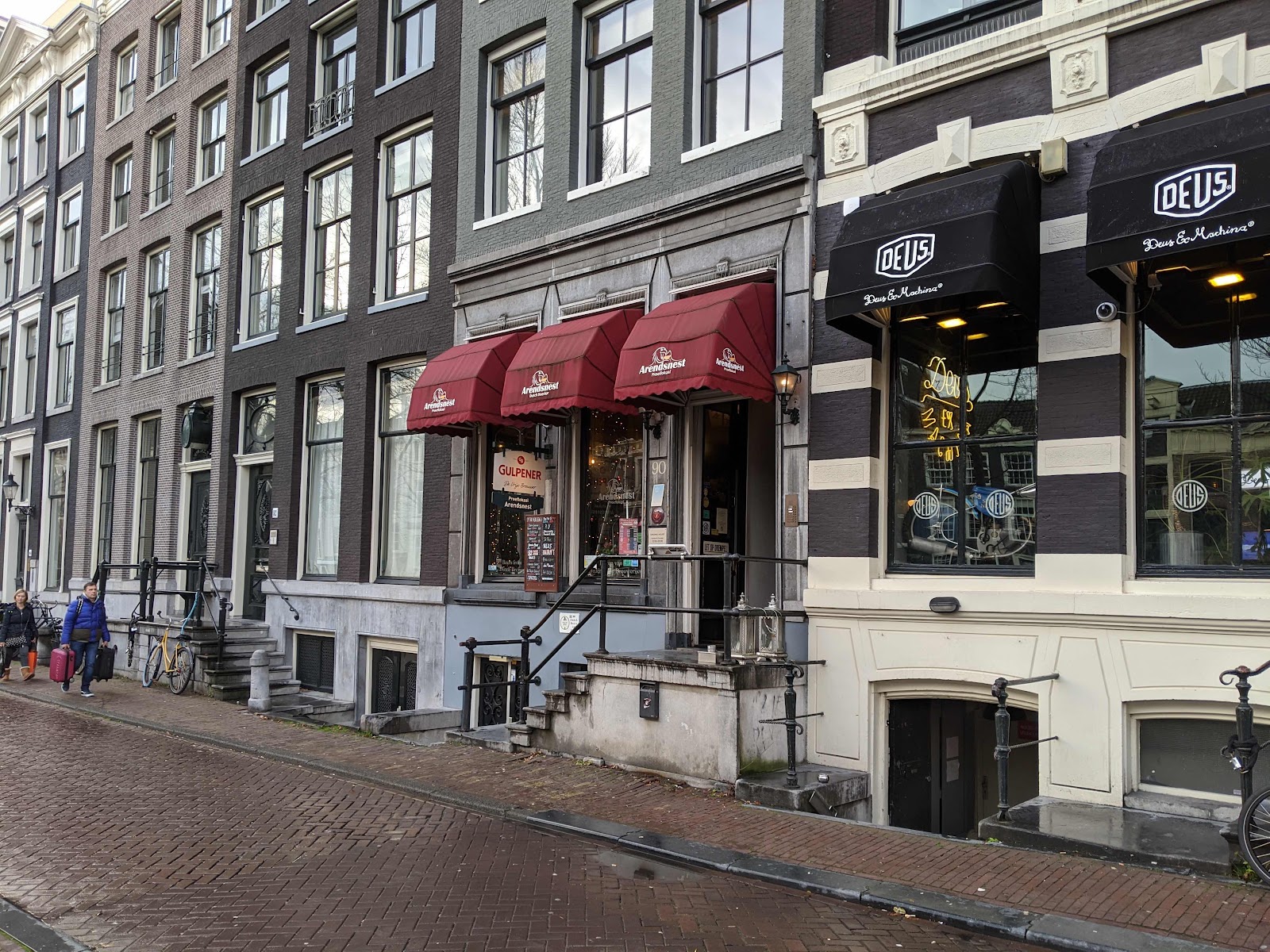 Unfortunately my phone keep trying to focus on the guy in red so the tap list itself is a bit blurred, but you get the idea. 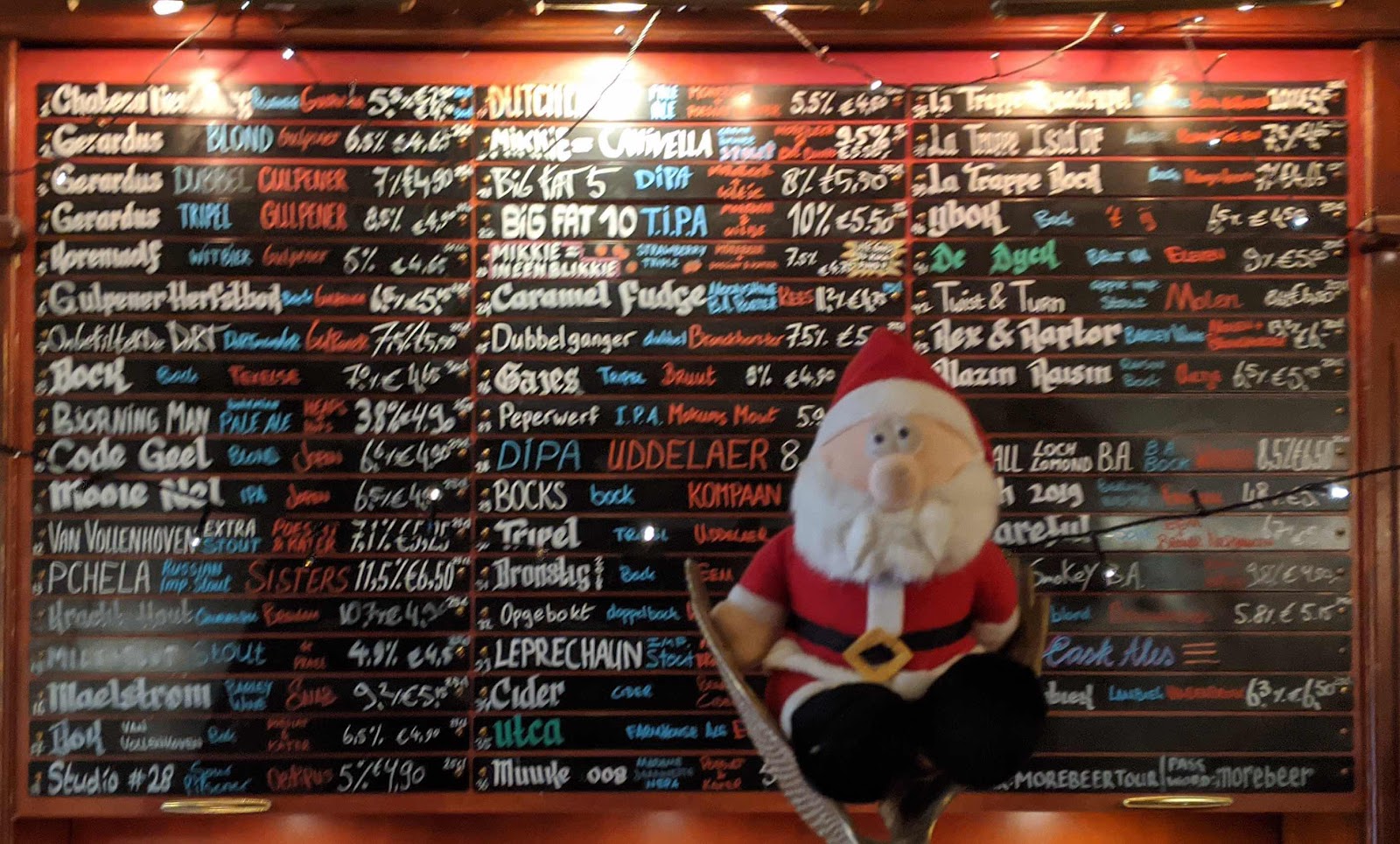 I started off with Willemken 4 Grain Blond from Brouwernös in Groenlo,  a brewery I was not familiar with. The beer hit the spot so they are doing something right. 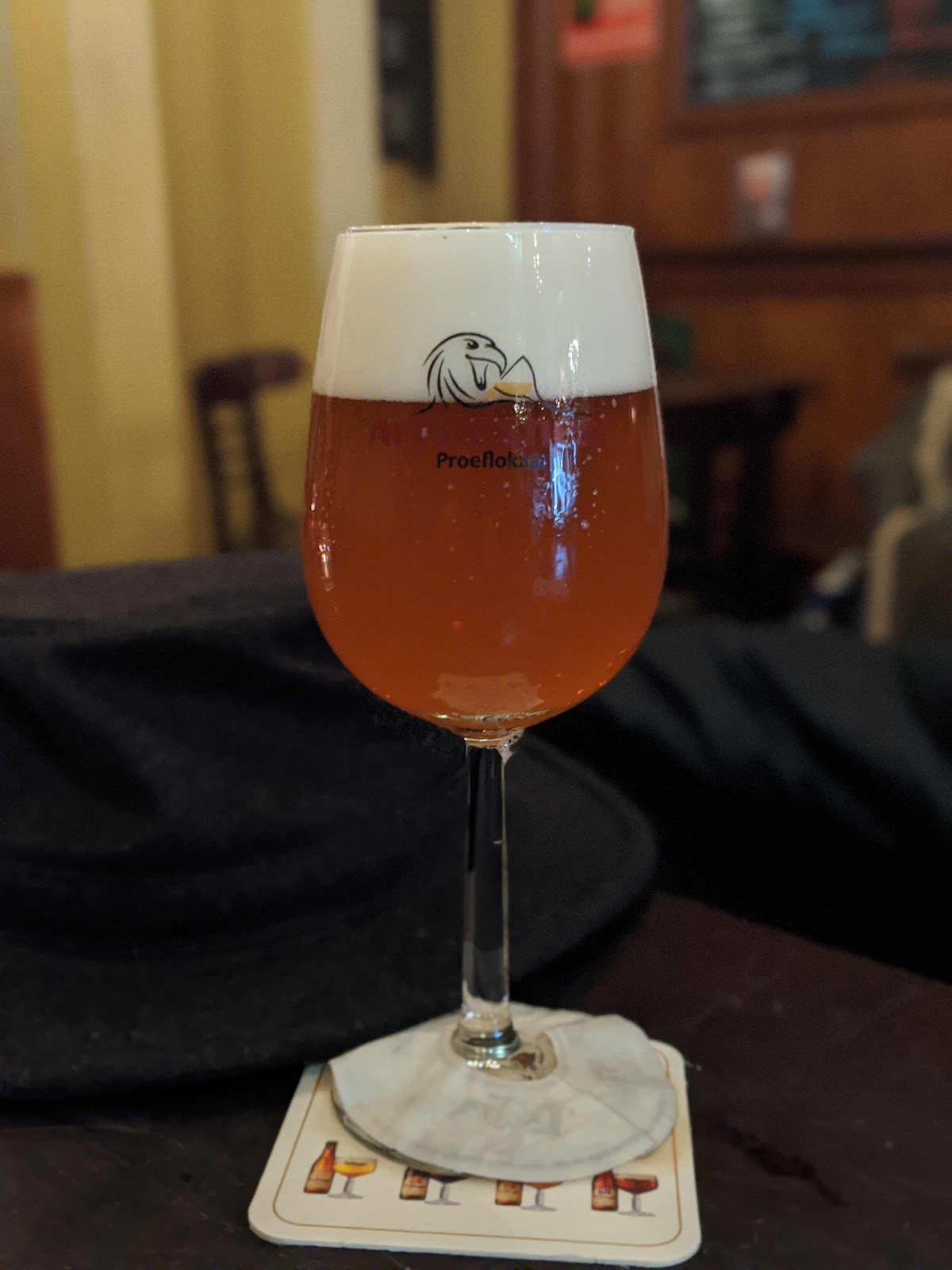 Next was a Jopen Code Geel Blond. It was bit stronger and also very nice, as are most beers from Jopen. 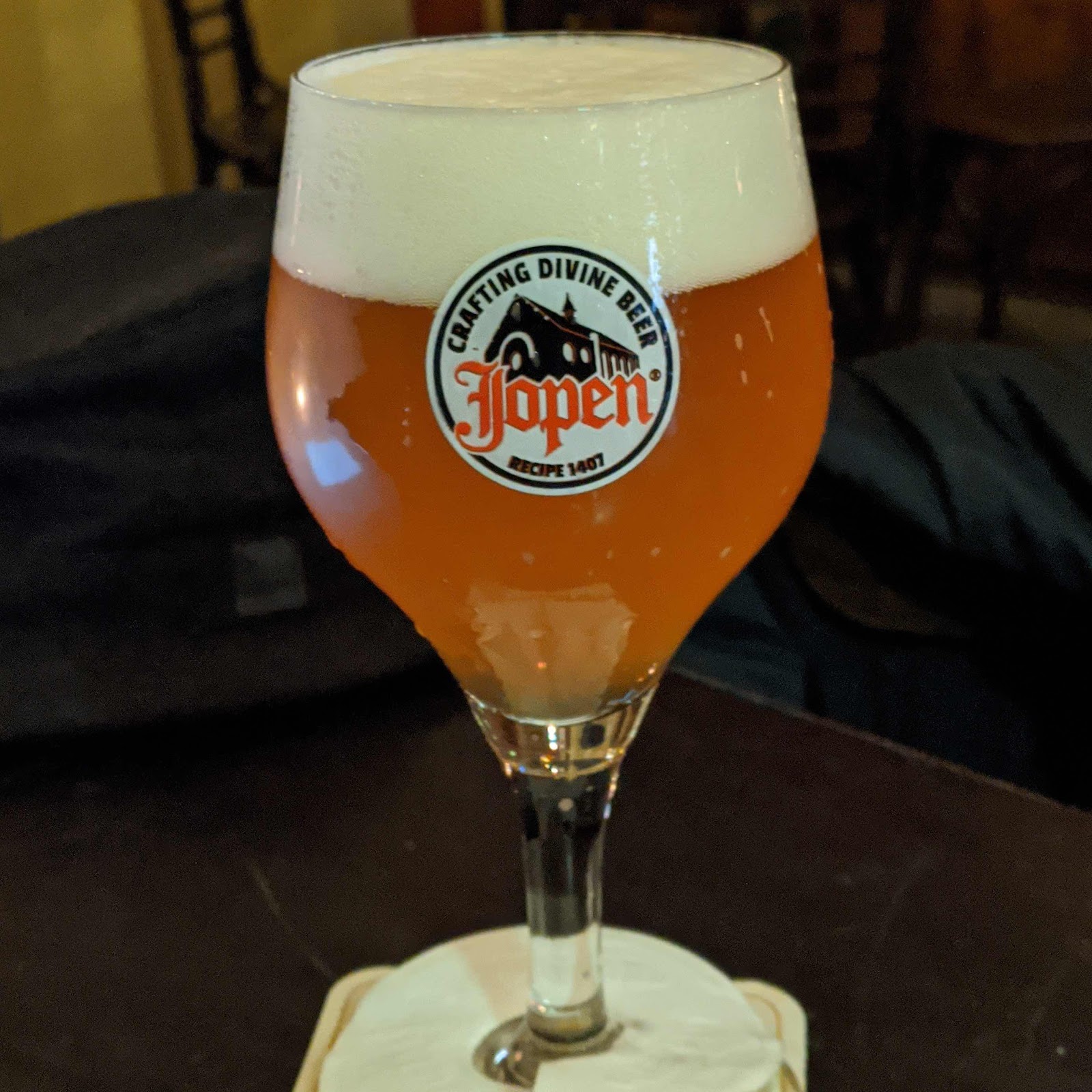 I had some Blackpepper Cheese from Reypenaer (one of my favorite cheese makers) The pepper was only on the crust (not in the cheese) and it had quite a bit of burn. 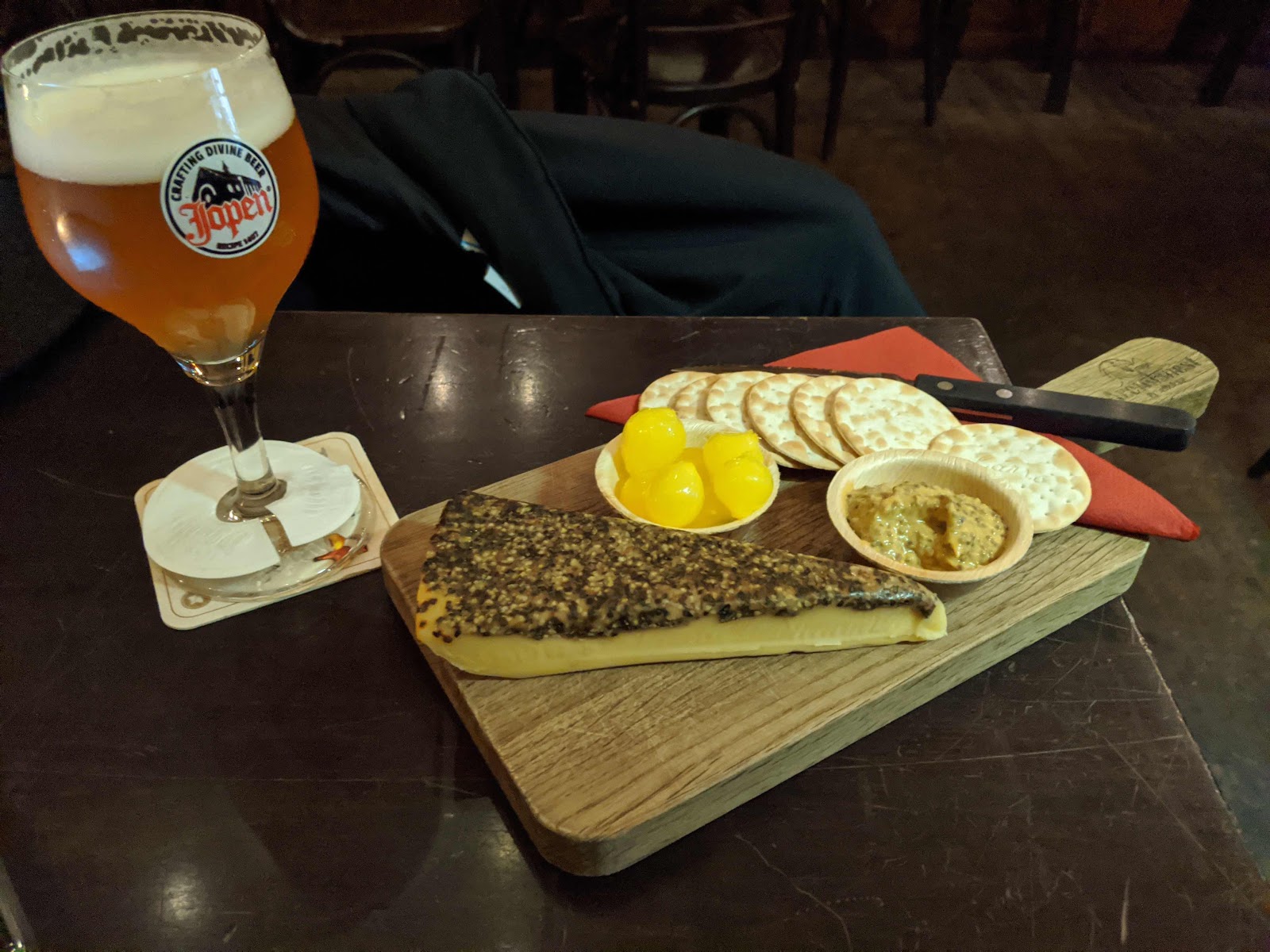 The nice young man at the bar suggested a few beers but I decided to go with a Sour Pils from Oedipus. As has happened in the US, Oedipus has received an investment from a larger brewery (Heineken in their case) and it has some people worried. I gather the lease is up on there Noord Amsterdam brewery site and so they will be looking for a new (and probably larger) home in the near future.. Anyway, the Sour Pils was good — more of a “Tart Pils’ than sour, I can see it being very refreshing on a warm day (which today wasn’t). 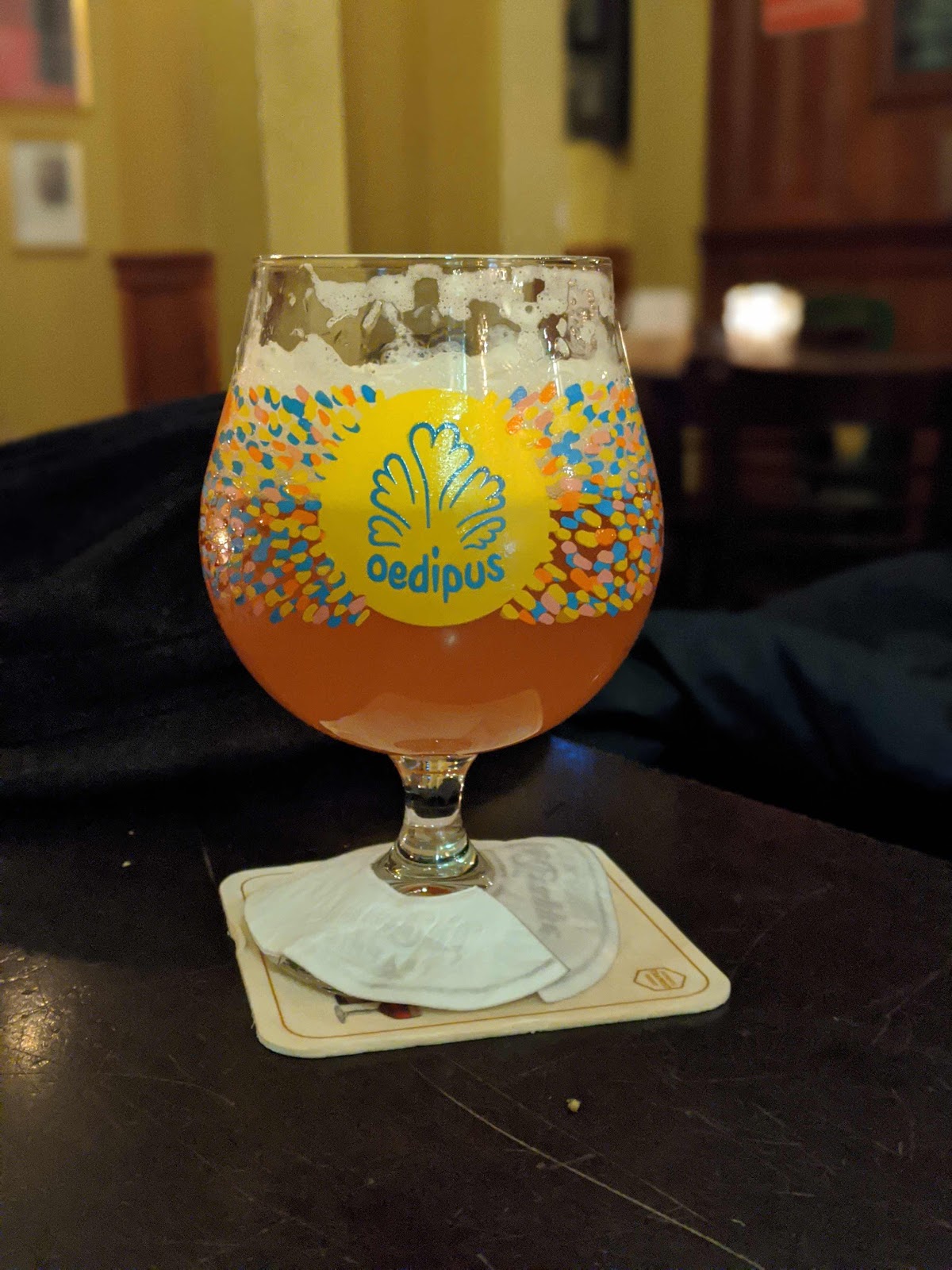 I could work my way thru the list but decide to head out to a place I hadn’t visited in a while, Het Elfde Gebod. They are now part of the Gollem family. They were one of the first beer bars I ever went to in Amsterdam as I once stayed in a hotel around the corner. 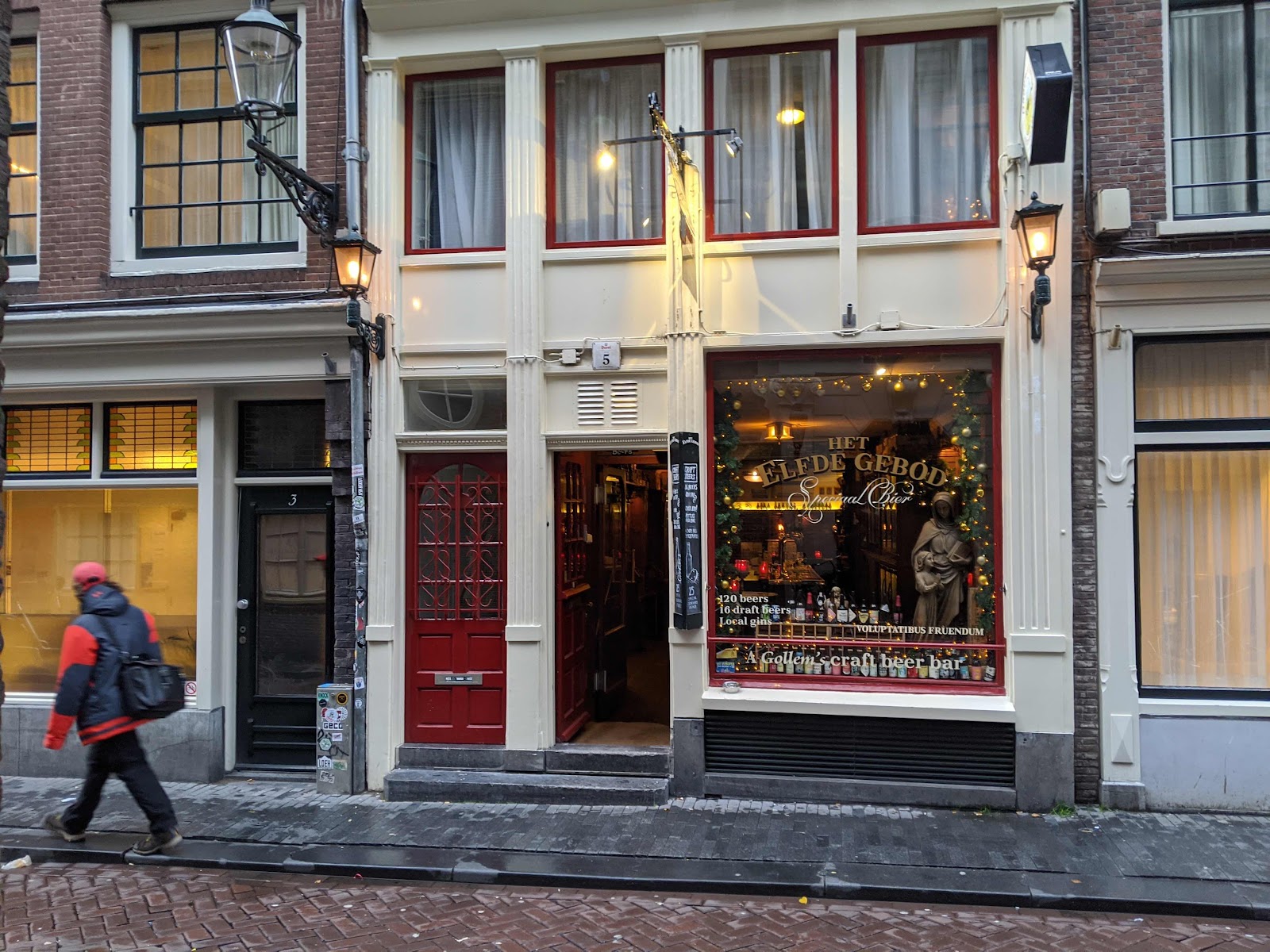 They have 16 beers on tap, with quite a few from Belgium. 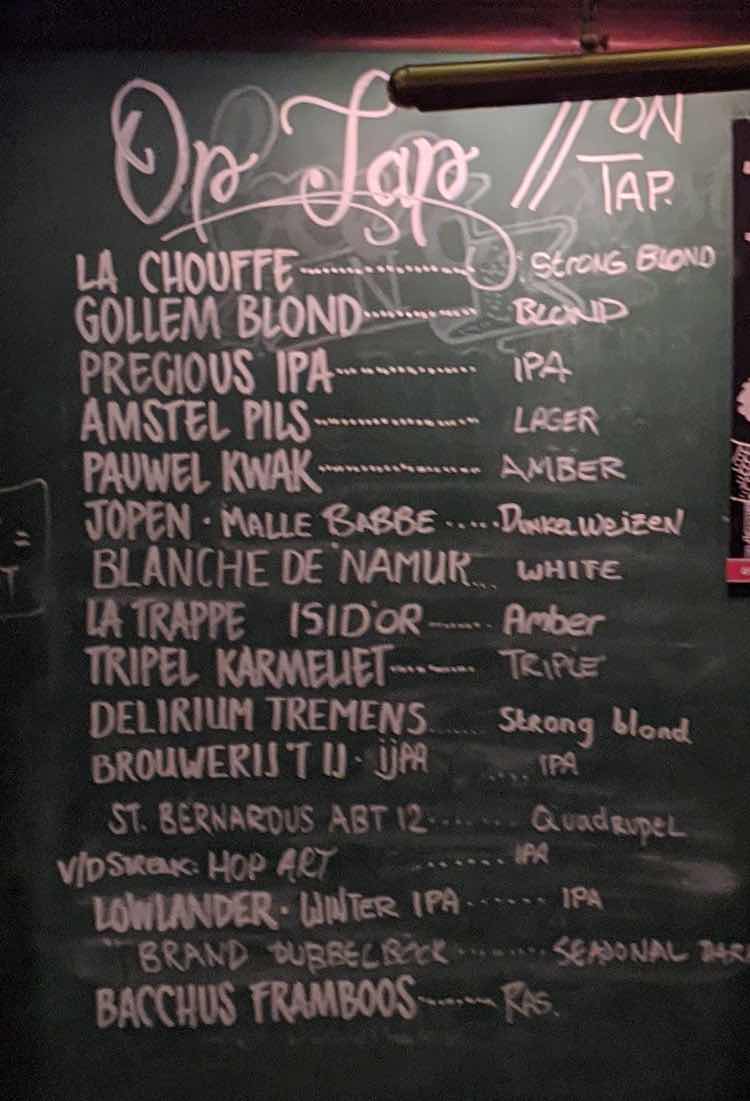 I had seen the Lowlander Winter IPA a few others places and decided to give it a try. Lowland advertises they brew with “Botanicals” which I assume means their beers have seven secret herbs and spices. In any case, the beer was good and what “Botanicals” there were where not overpowering. It is hard to tell from the picture but it seemed to be a White IPA as a base. 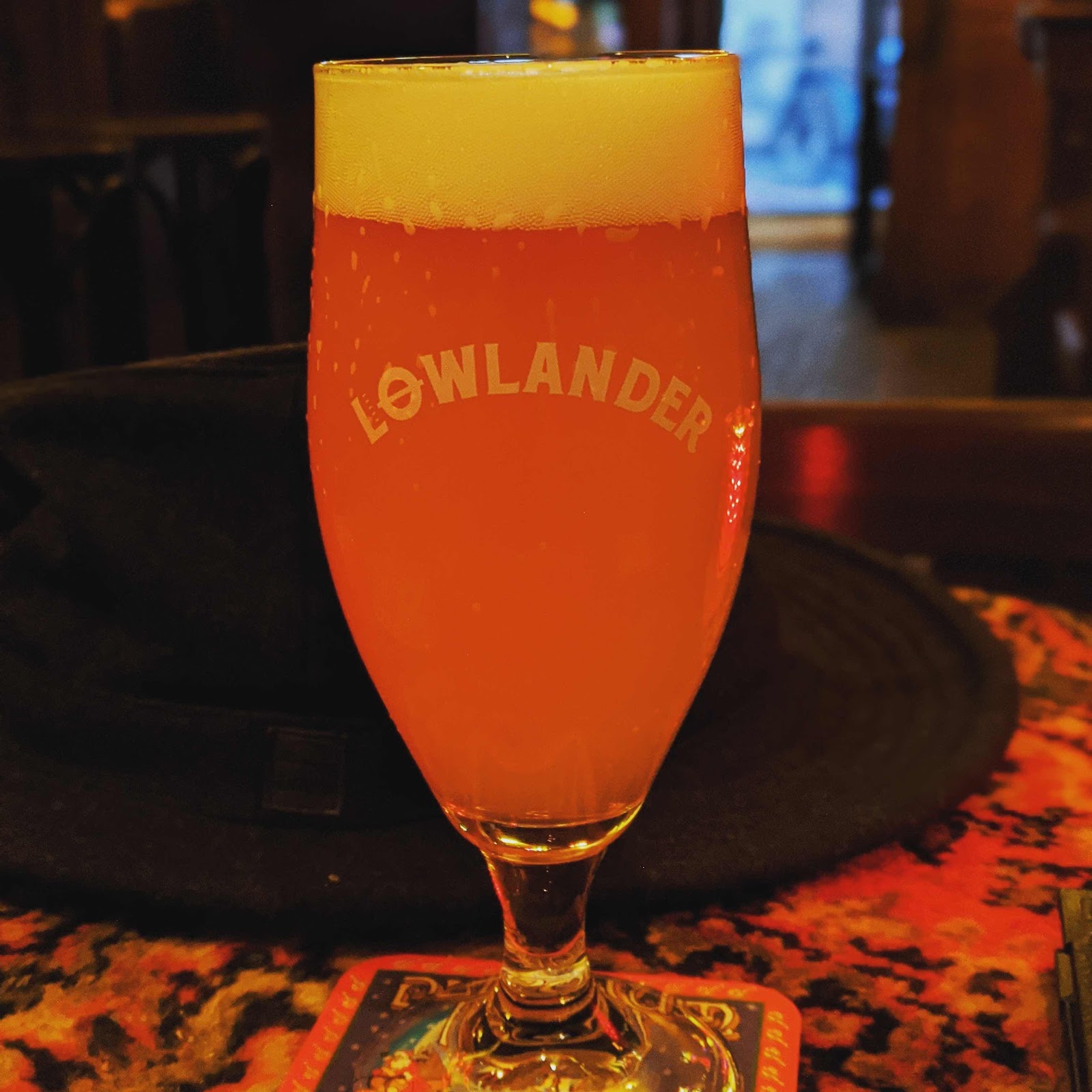 They have a fair number of local beers in the bottle. 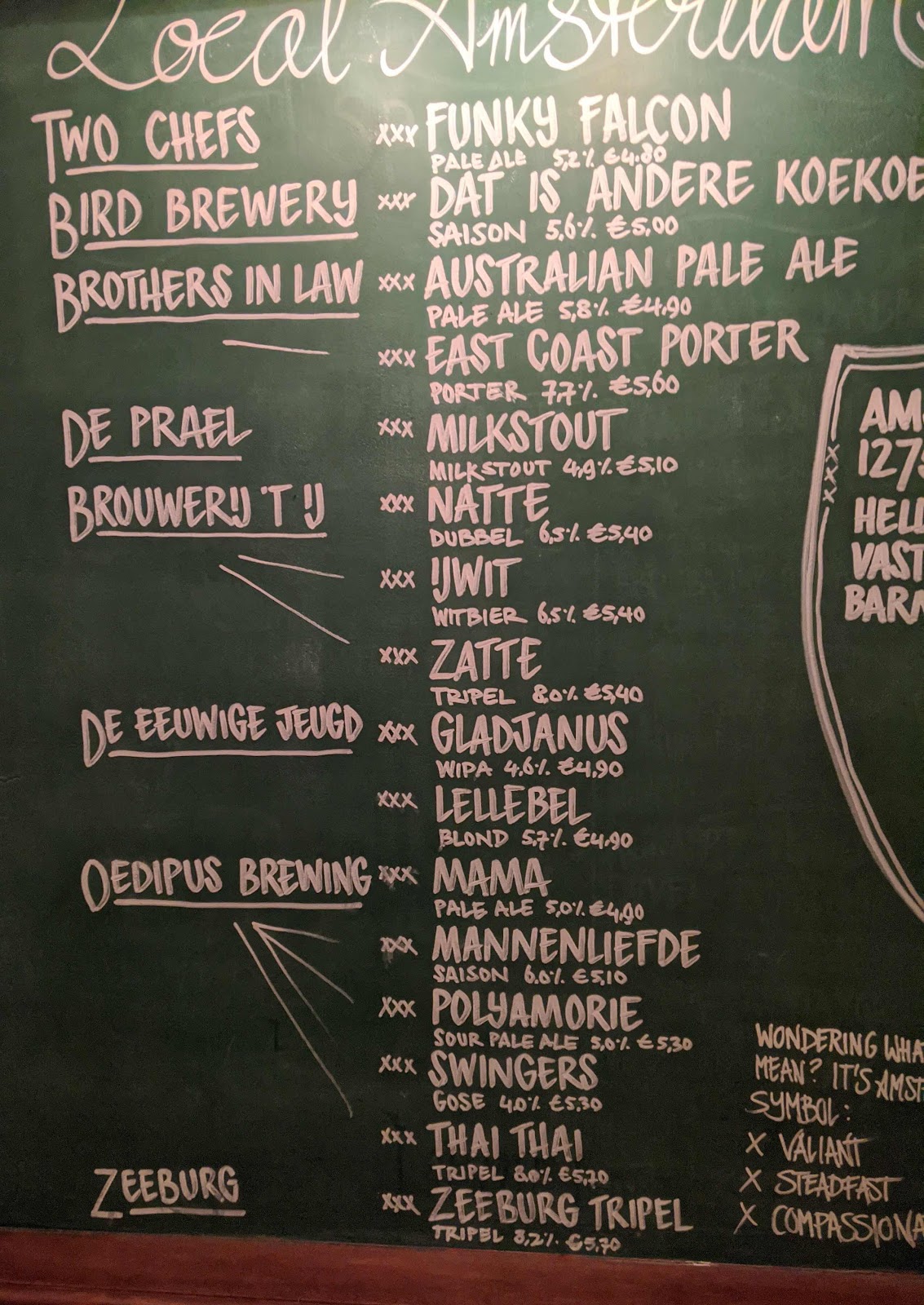 I realized I hadn’t had an ‘t IJ Zatte in a while so I ordered one. 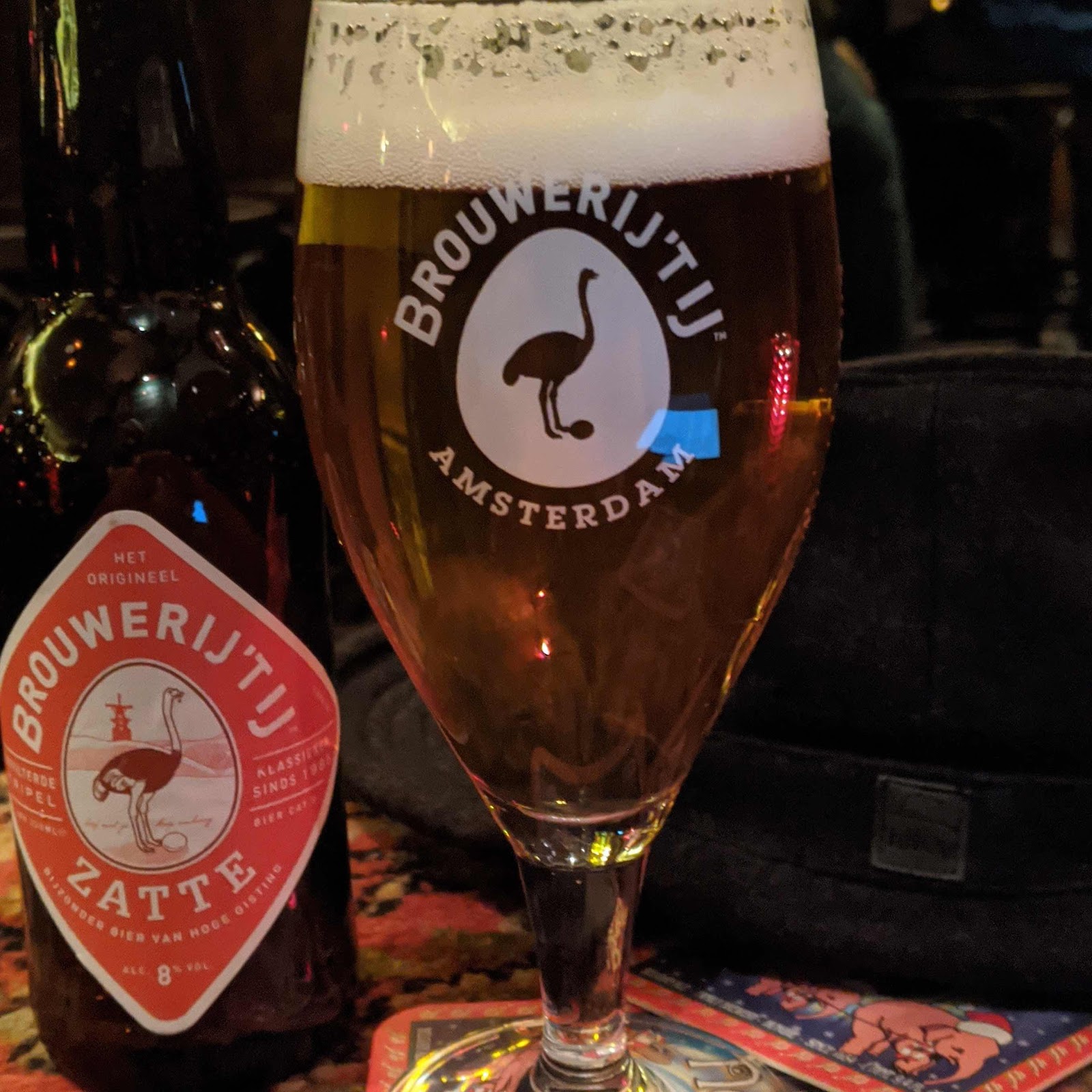 It was way more perfume-y than I remembered but was an enjoyable beer.
Time again to move on. I headed up Zeedijk to Cafe Zilt 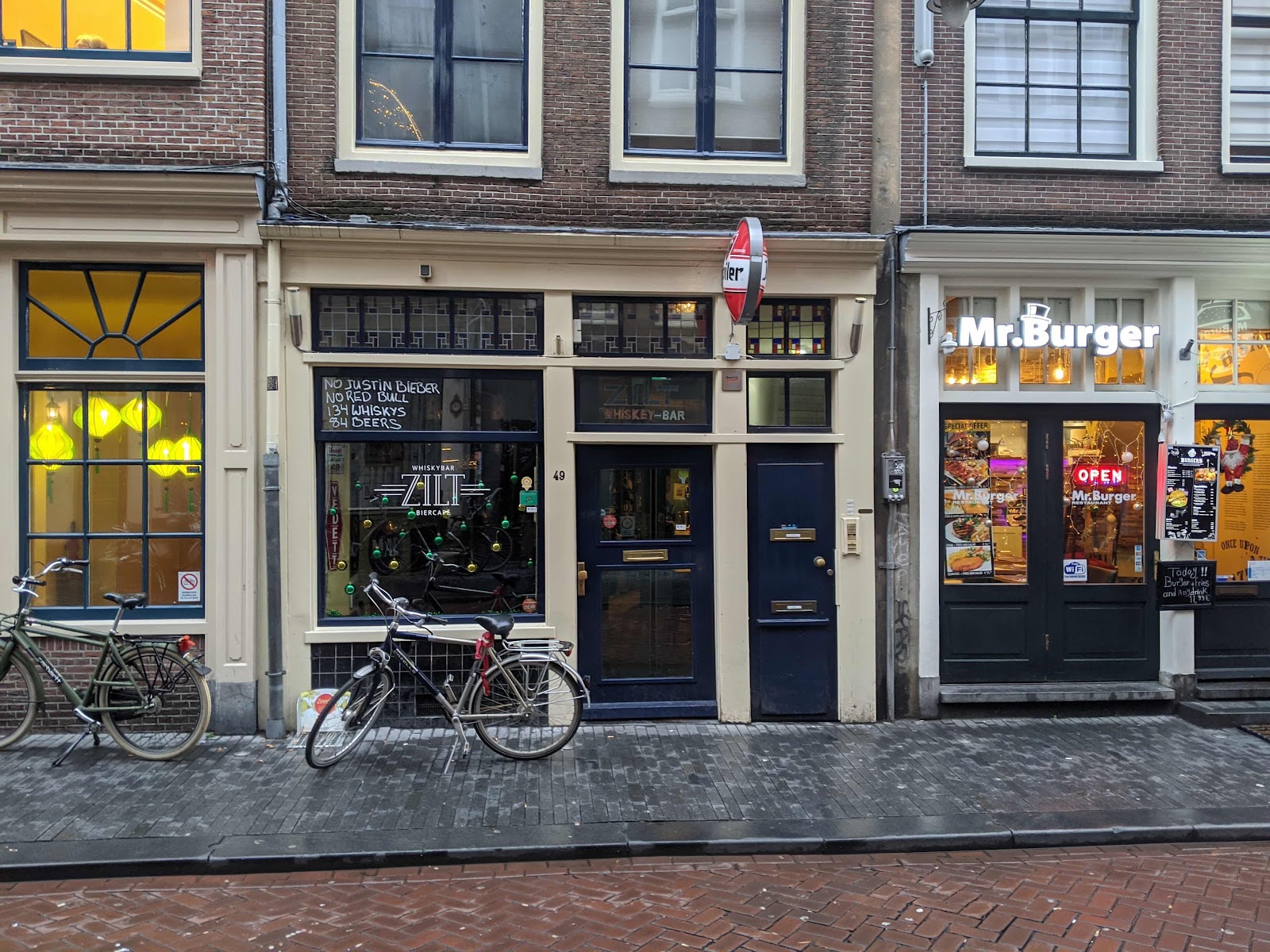 I had passed by here last year and it looked like an interesting place, but I didn’t then have time to stop in. The writing on the window says they have the right idea...

They’ve upped the numbers since that was written, with over 150 spirts and 100 some odd bottles in addition to the twelve beers on draft. 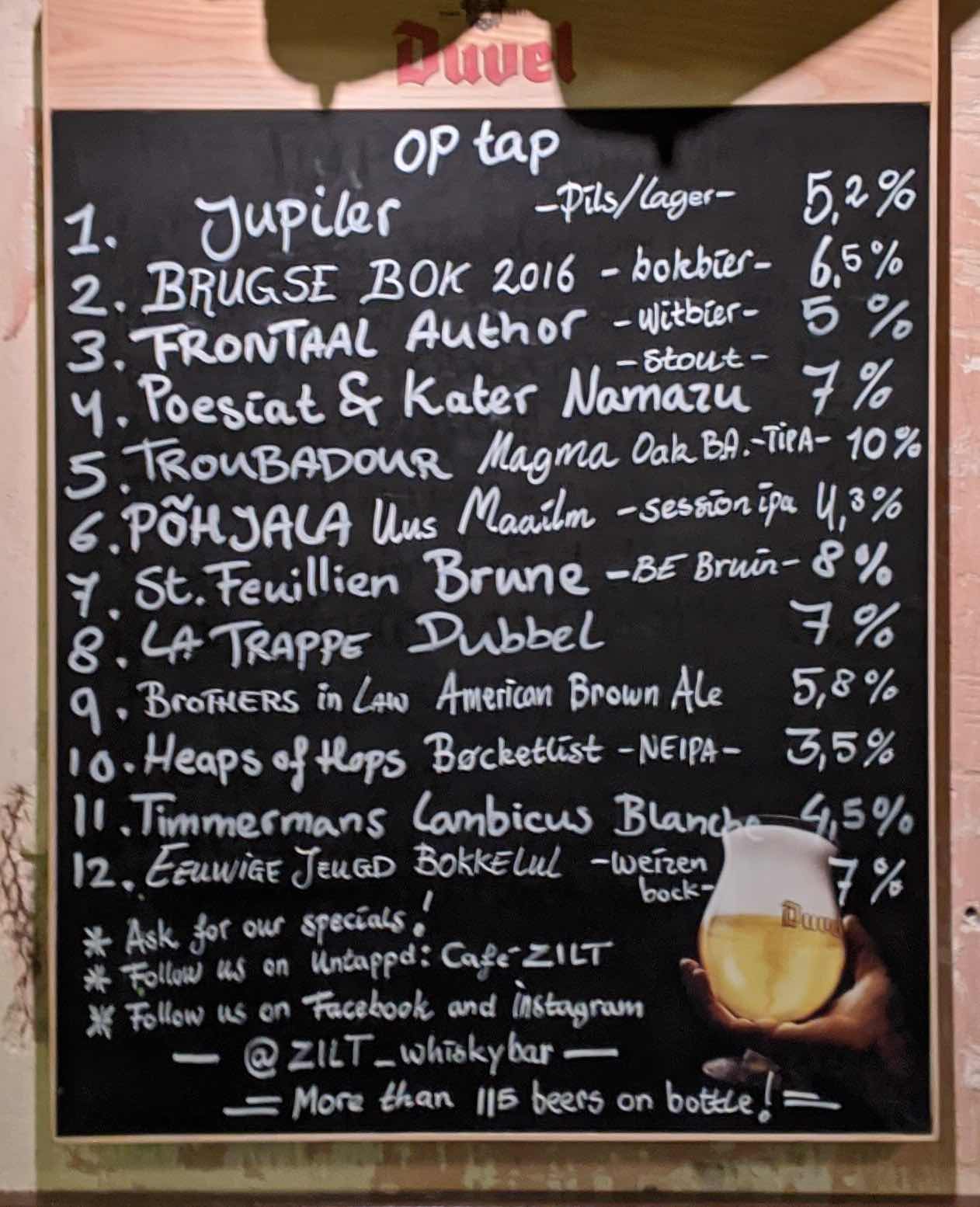 I had seen beers from Heaps of Hops at other places. They specialize in hoppy lower alcohol beers. I am a big fan of tasty under 4% beers so I tried the Bøcketlist NEIPA. 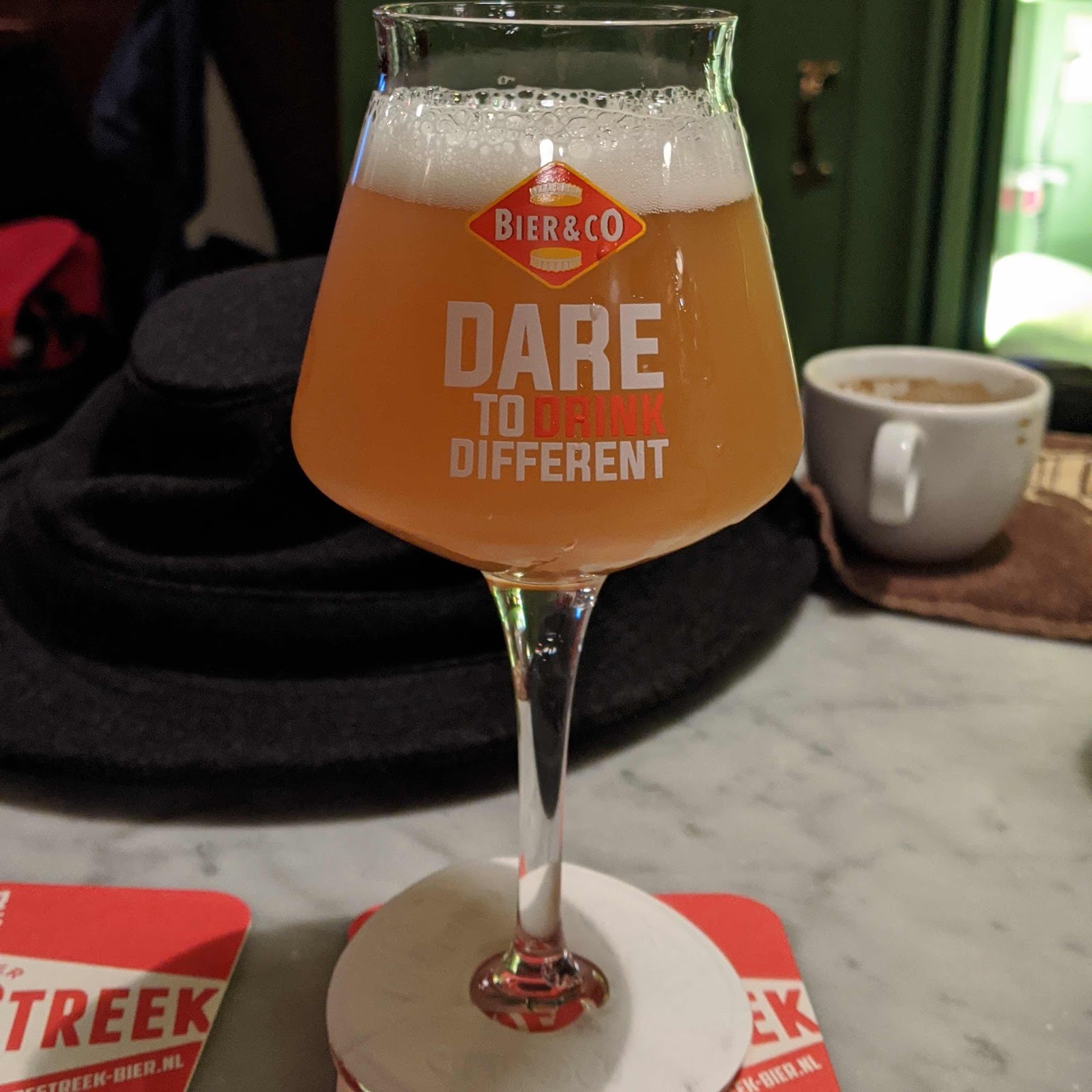 It had all the things you love or hate about NEIPA just less alcohol. A very nice beer. While I was working on that they were putting up another beer, this one by Brouwerij Van De Streek of Utrecht caked Klophop Blond. So I ordered one. After all the work getting it ready it would have been rude not to have. 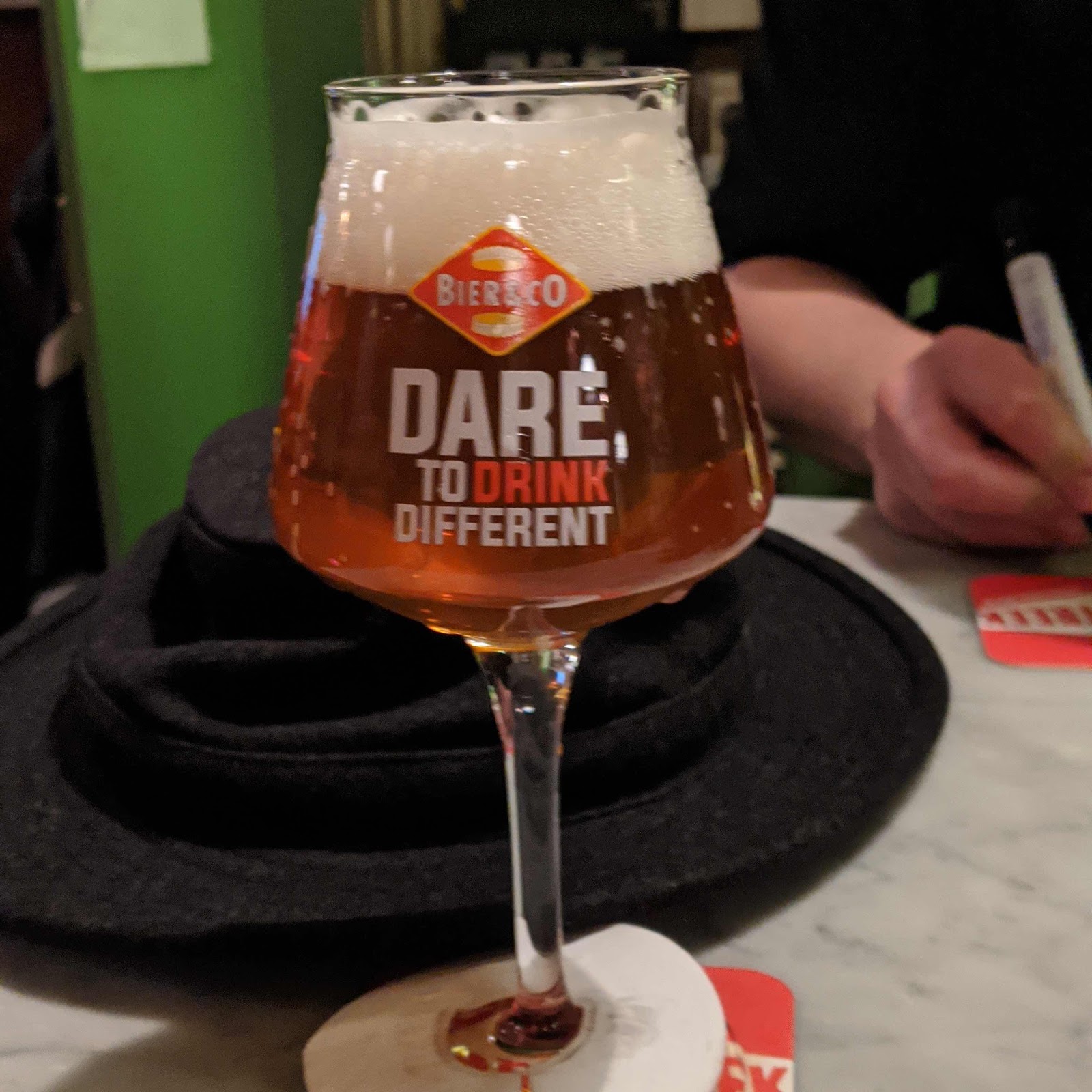 I would say it was more like a pale ale, but I’m not about to tell a brewery how to name their beers. It was nicely hoppy and a bit of malt to back it up.
On the menu was a 7% stout called Namazu brewed by Poesiat and Kater, which also brews the similar strength Van Vollenhoven Extra Stout. So I asked how this one was different and was told it was extremely roasty and a collaboration with De Kromme Haring. Sign me up! 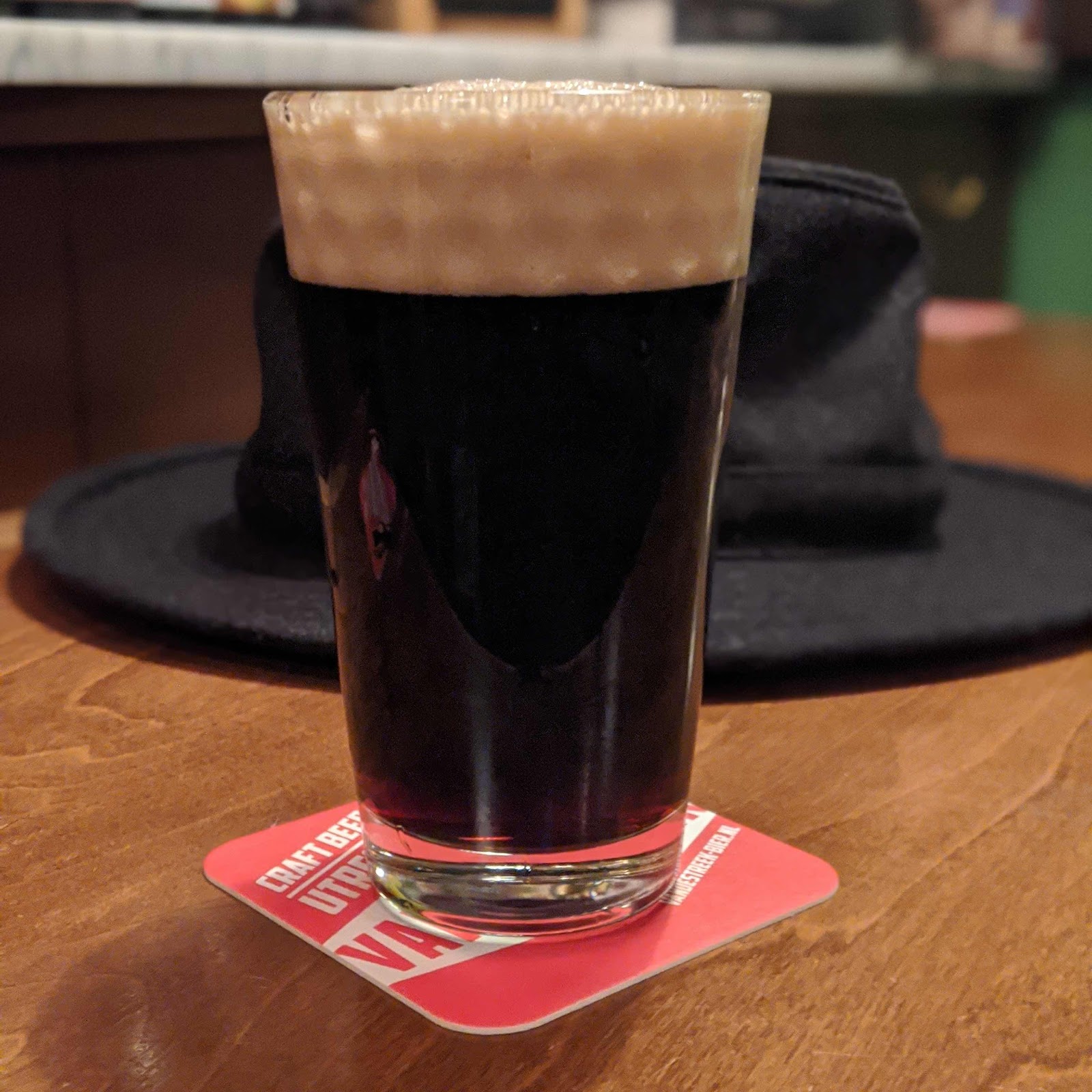 It was every bit as good as it sounded. If it hadn’t been late (or they had food at Cafe Zilt) I would have had another. But it was time for food and I had a train to catch in the morning, so I passed.
Continuing up Zeedijk I soon came to a Chinese restaurant named Win Kee.  Many, many years ago (12?, 15?) a group of us stopped in after seeing the ducks (and slabs of BBQ pork) hanging in the window. We went in to eat and enjoyed it very much. For years after that it was a tradition to have lunch there when we were in town. That tradition had fallen by the wayside recently and I wanted to stop in and see about resurrecting it. 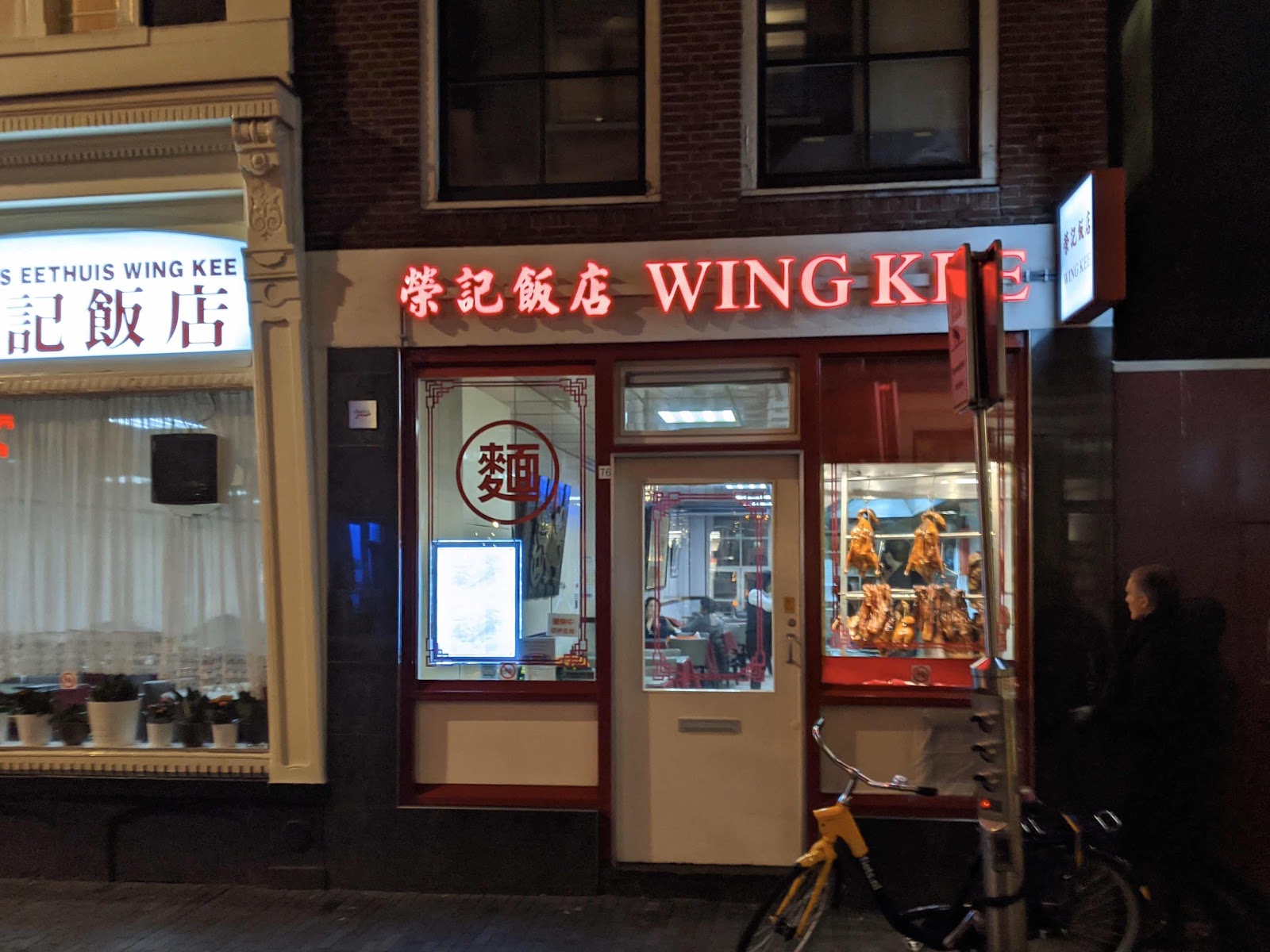 I ordered a bowl of noodle soup with some Char Sui (BBQ Pork) on top. It really was too much meat but I ate all of it. It was every bit as good as I remembered. 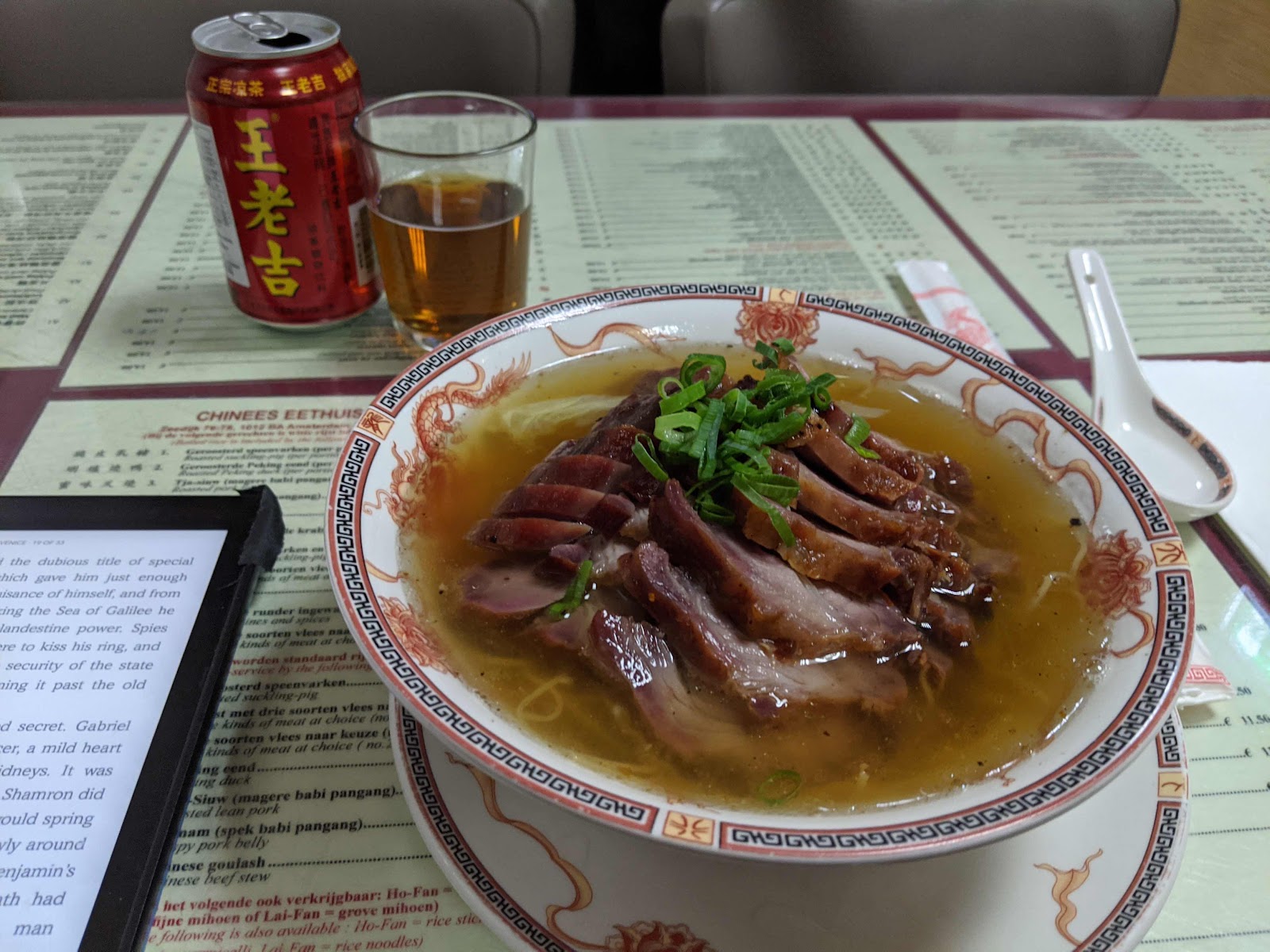 Tomorrow I head to Antwerp. No points for guessing where I will be spending a bunch of time.
Posted by The Mad Brewer at 3:15 AM