A Quiet Day in Dublin

I am still fighting off the recurrence of my bad cold, so Monday ended up being fairly quiet.
I hopped on the LUAS Green Line heading south to Balally the home of the Brickyard Gastropub. The pub is in a complex right at the station and the trams literally run underneath it. 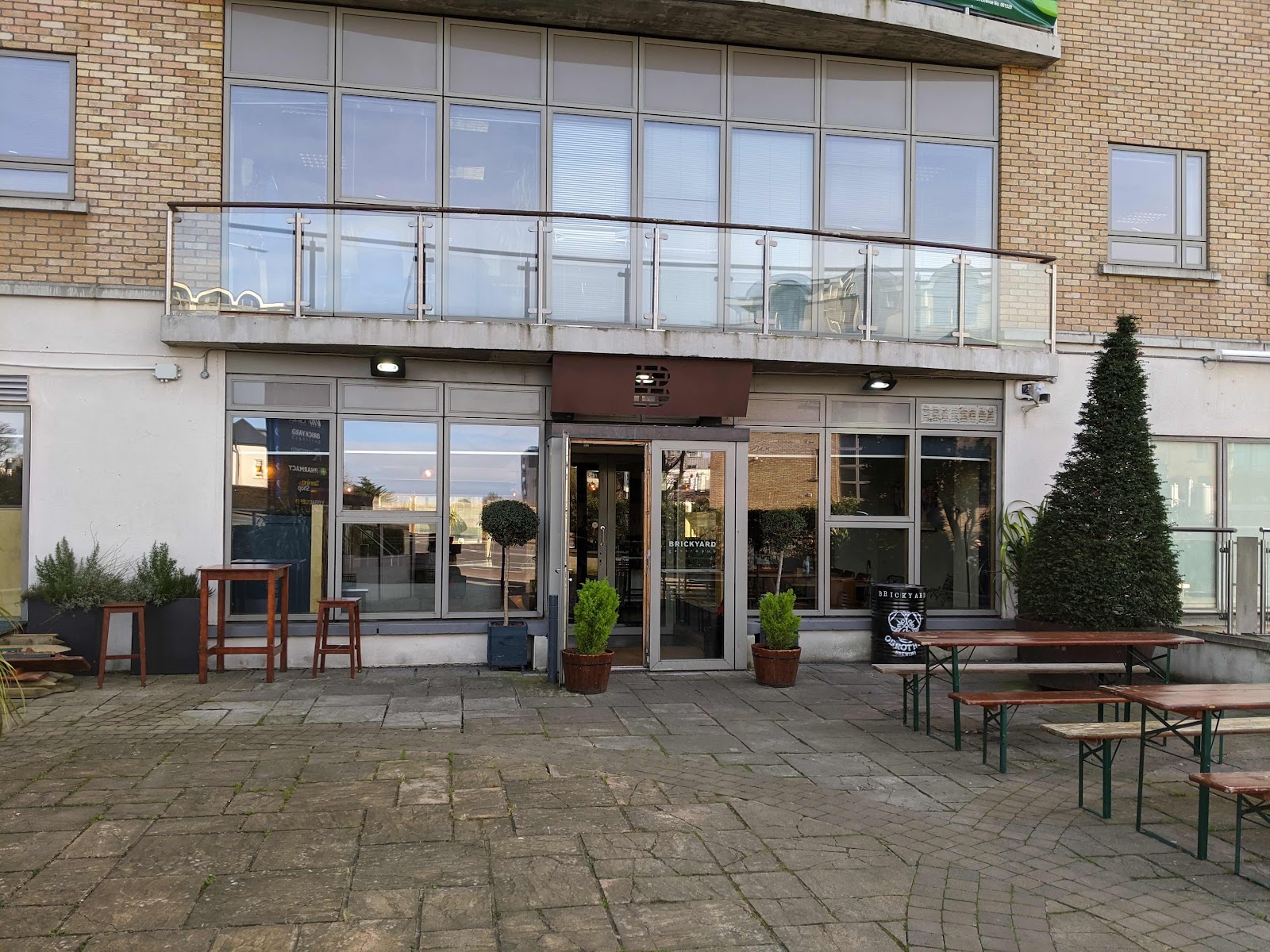 They have 24 taps, four of which are industrial beers, leaving 20 interesting beers for the rest of us. One side effect of visiting a pub soon after they open on a Monday is they still could be recovering from a good weekend. This happened here. The first beer I ordered, the Two Sides Red Brick Ale kicked while trying to pour it. A number of other taps where dry (many were ones I’d like to try, showing my tastes and locals coincide somewhat). I decided to go with the other Two Sides Beer, the Brickline Lager. Brickyard is part of the Two Side consortium, hence the “Brick” in some beer names. 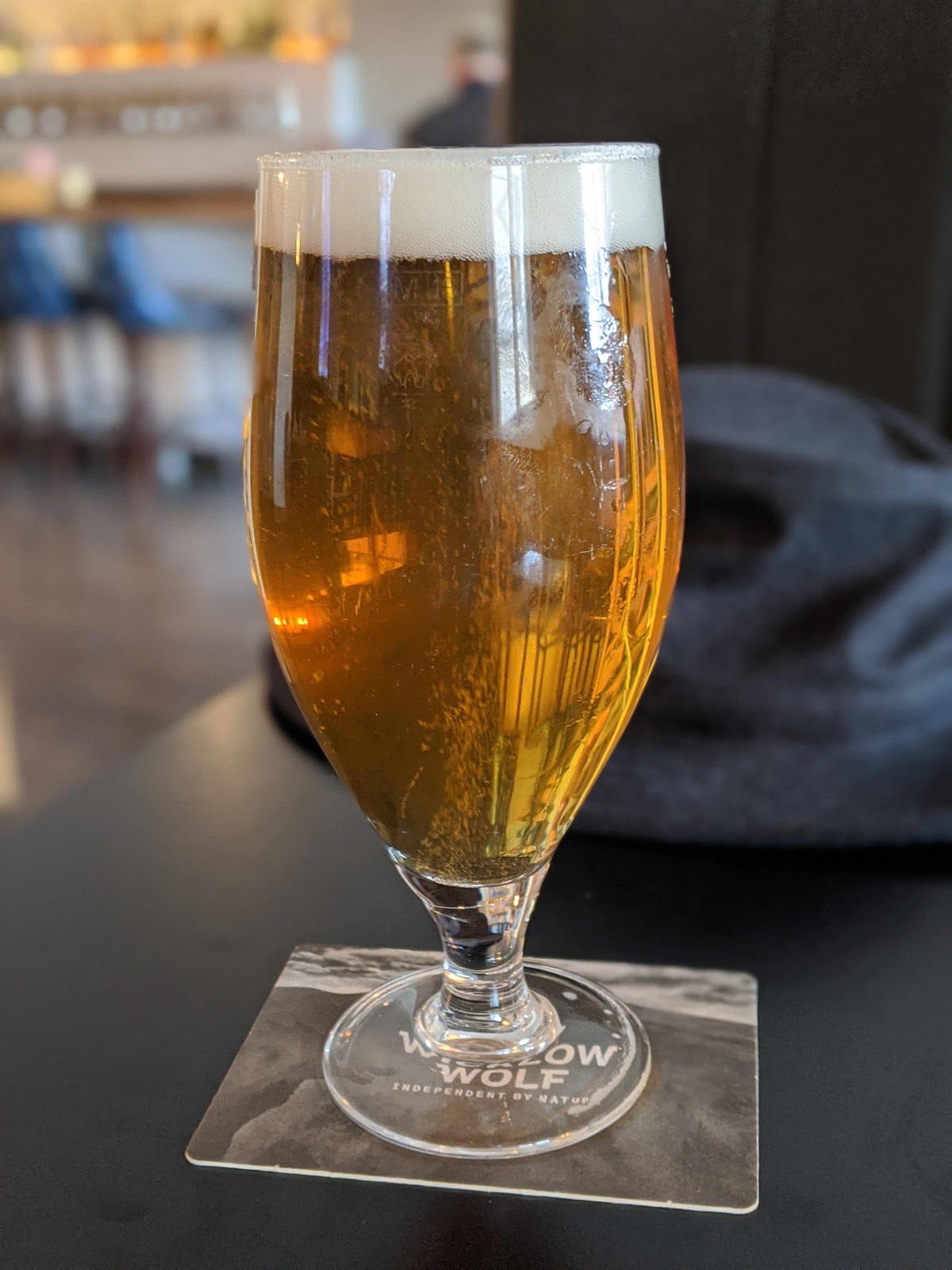 The beer was fine, well made and tasty but nothing earth shattering. A good first beer.
Lunch was a sandwich and a bowl of soup. The soup was sweet potato/carrot/coconut which didn’t sound all the appealing but it worked. There were some Thai spices in there that gave it a bit of kick. 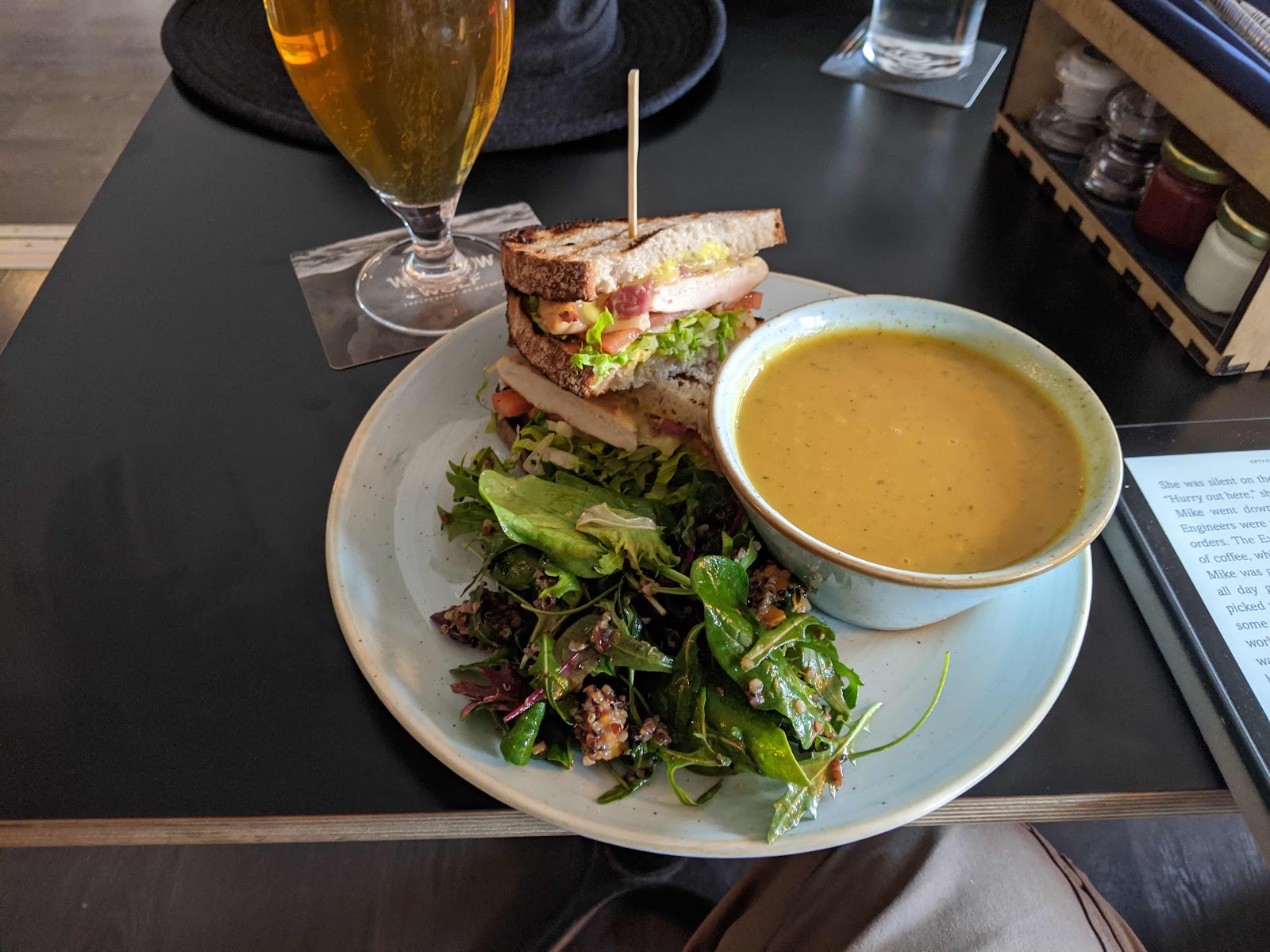 Next I tried the Yellow Belly Molecules of Freedom Brown Ale. A very nice American style brown though at 7% a bit stronger than usual. 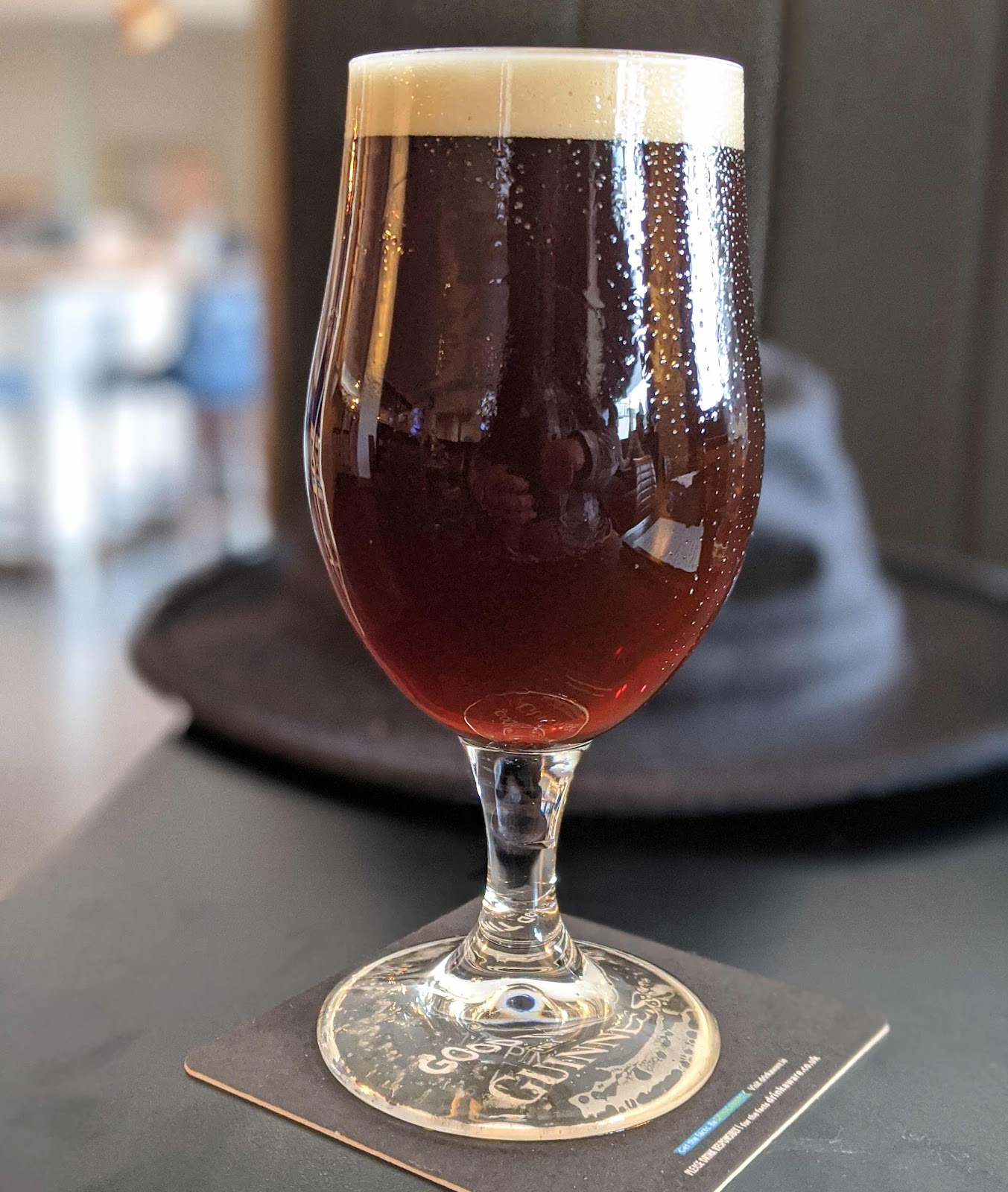 I had intended to stop at a number of other places on the way back to the city center, but I was feeling a bit off so I just went back to my hotel room and rested for a while.
Eventually I headed back out again, to T. O’Brennan’s, an old pub that re-opened as a craft beer pub a few years ago. Originally they were tied to 57 The Headline but I am not sure if that relationship is still in effect. The LUAS track go right past them but there are between two stops. Going there I get off at Broadstone and walk downhill to the pub. Going home, I continue walking downhill to Dominick. Lazy, I am.
They have 12 taps, all Irish craft beers. 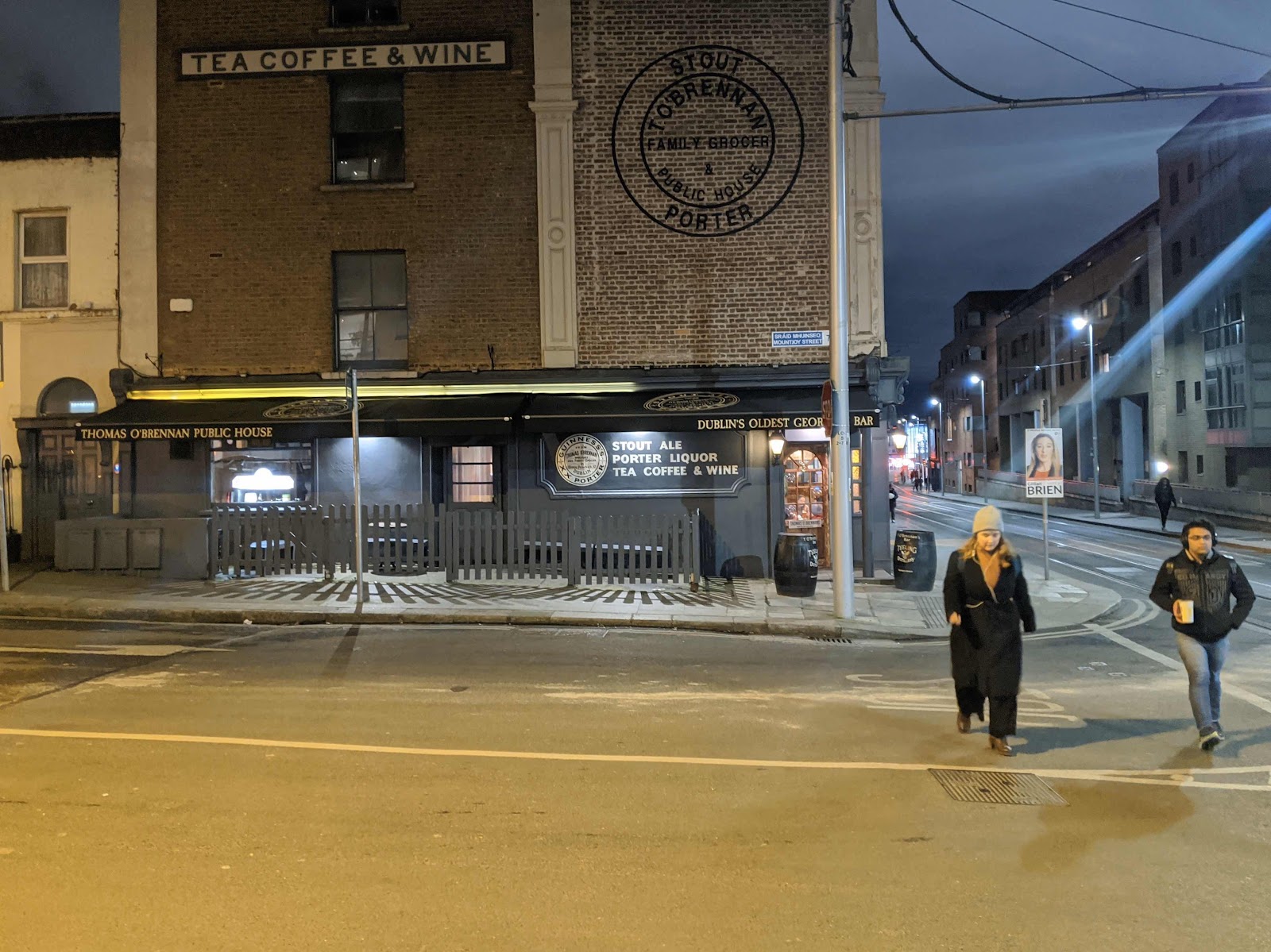 I ordered their House Pale Ale, which is brewed by Third Barrel Brewing (who also brews the Two Sides beers and a bunch of others). Third Barrel was formed when Third Circle and Stone Barrel combined their ventures. The beer was very nice, well balanced between malt and hops. 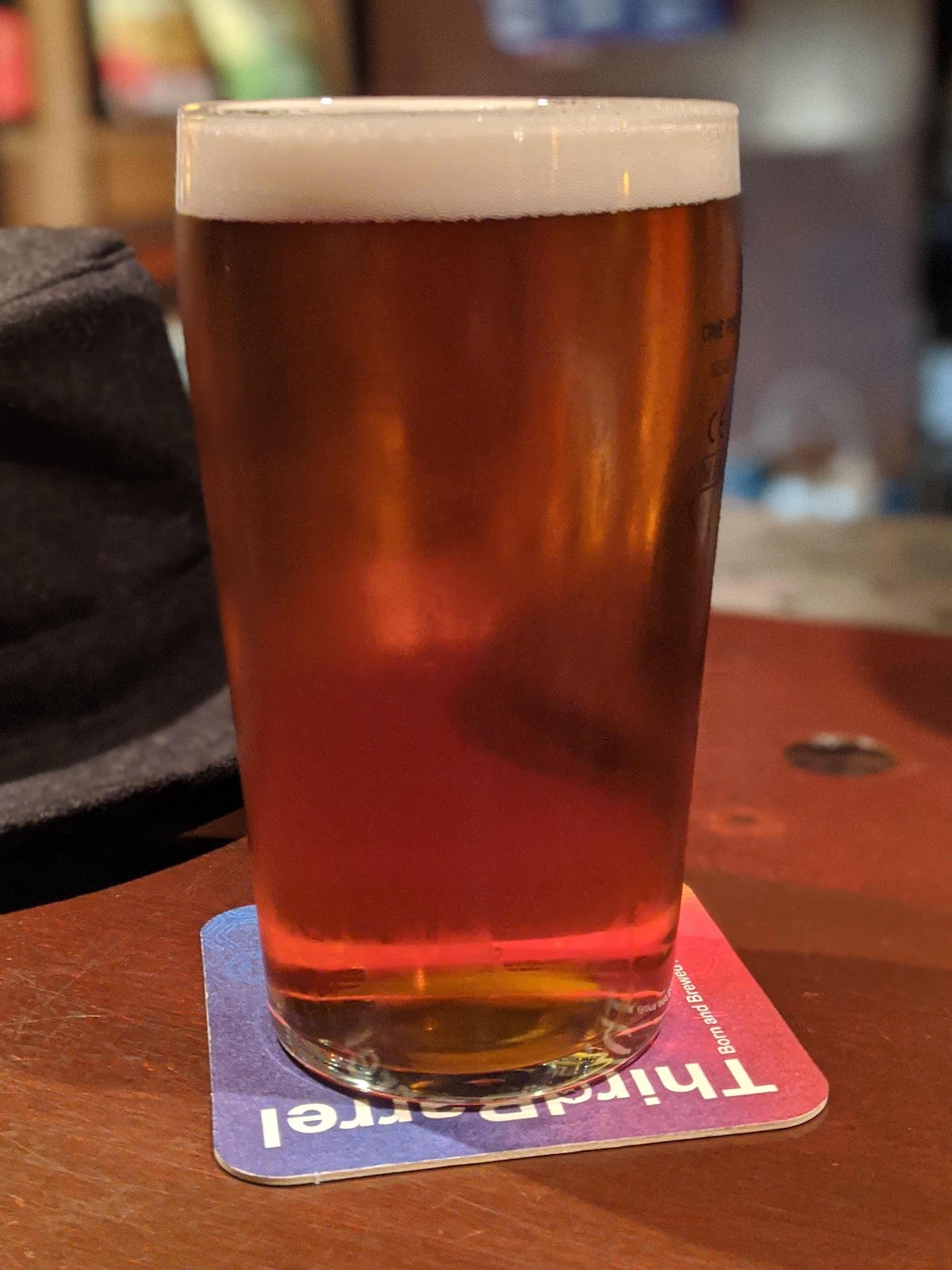 I had hoped to get a bite to eat — previously they had toasted sandwiches and cheese and meat boards but those were on hold for the moment, so I had to make do with a bag of chips (“crisps”).
Next I tried the White Gypsy Ruby, Irish Red Ale. It was a nice beer but I think I like the house beer more.
One thing about T. O’Brennan’s is the lighting they have over the bar — it makes my photos look a lot better than usual, In fact, some of my favorite beer photos have been shot here. 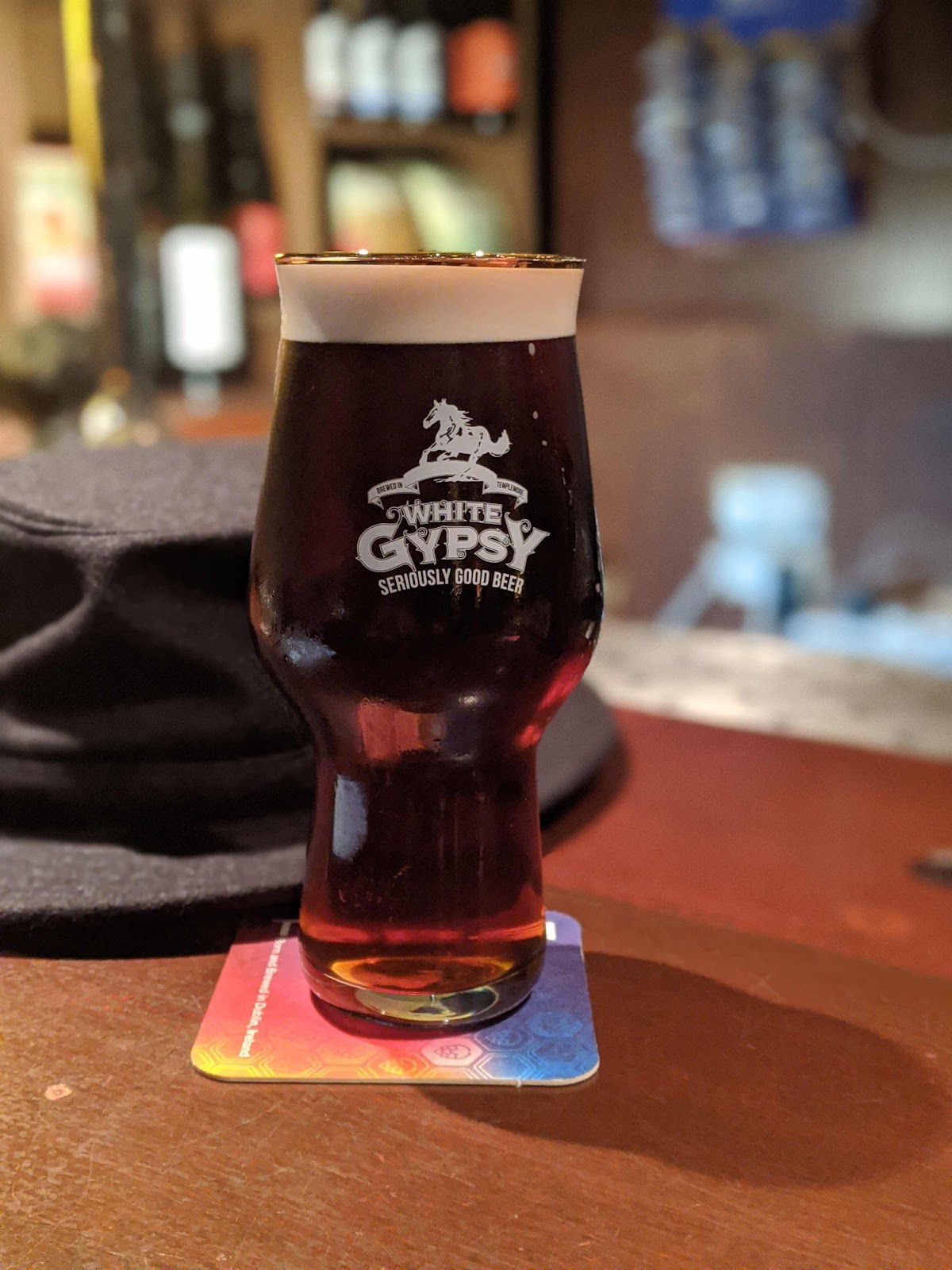 I could have had another beer but I was getting hungry so I passed and headed back towards my hotel. When I got off the tram there was a Vietnamese restaurant right there so I went in and had a bowl of chicken soup. Always good for what ails you. 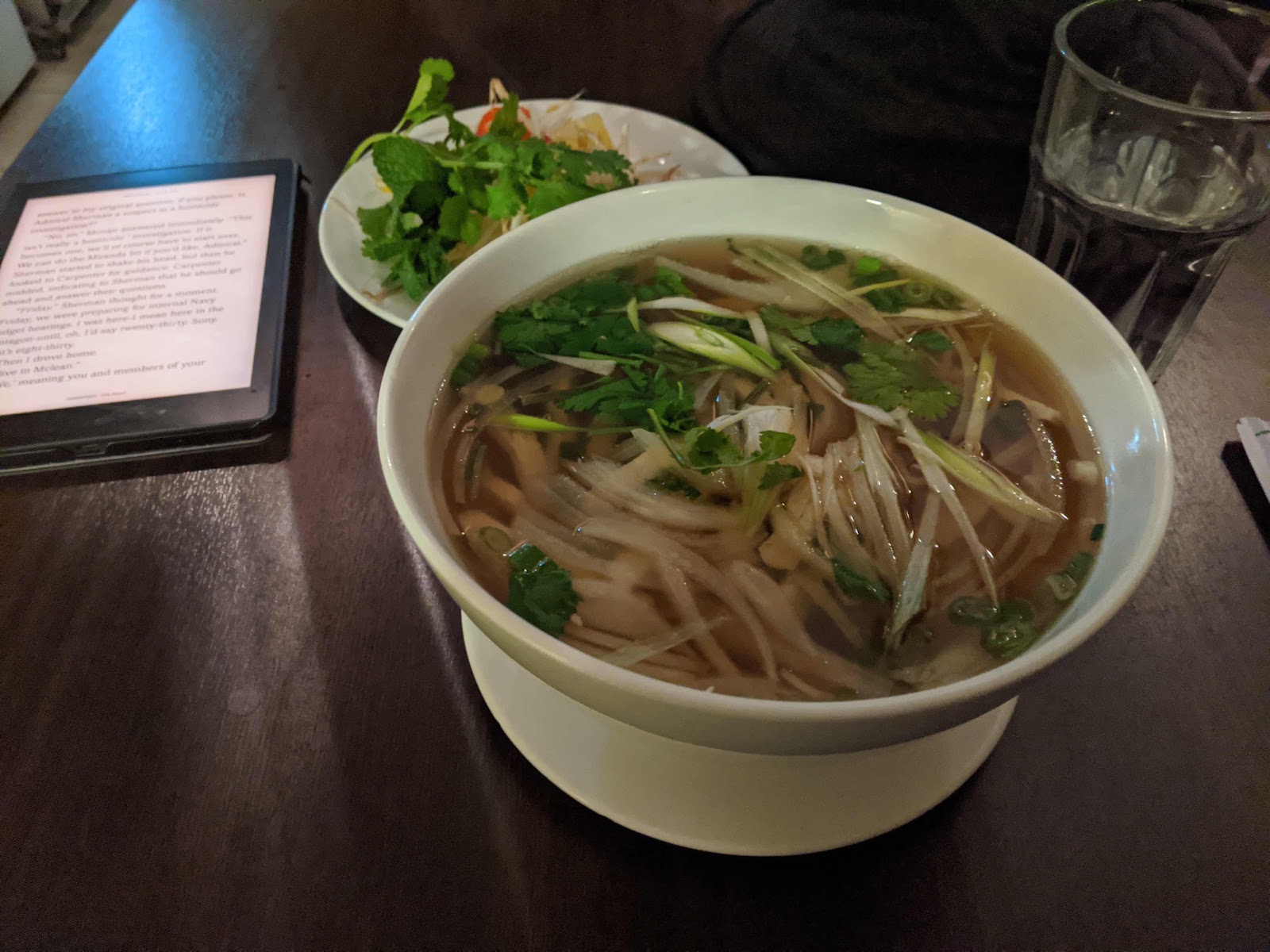 Tomorrow is my last day in Dublin. I will probably bite the bullet and head out to the new BrewDog places then fill in a couple of places I’ve missed so far.
Posted by The Mad Brewer at 2:13 AM