I was flying Aer Lingus to Dublin and the email they sent me said the gate closed 45 minutes before flight time. So I got up earlier than I planned and caught an earlier train. Of course, 45 minutes before the flight they had not even posted the gate number. Aer Lingus owes me at least 30 minutes of extra sleep. And the flight was late departing — supposedly fog in both Dublin and Brussels meant they were running late. We did make up a good portion of the delay — I guess the pilot knew a shortcut.
At the passport control the agent asked “What is your purpose for visiting Ireland.” I never really know how to answer that, so I said “to drink some good Irish beer.” He smiled, said “Good Man!” and stamped my passport. Honesty is the best policy after all.
I bought my transit ticket (7 day Leap Visitors Pass, good on all busses, trams and trains in Dublin County, including the airport bus) hopped on the next airport bus and was soon at my hotel. After dropping my bags and unpacking a bit it was of to my home away from home in Dublin — The Porterhouse Temple Bar. 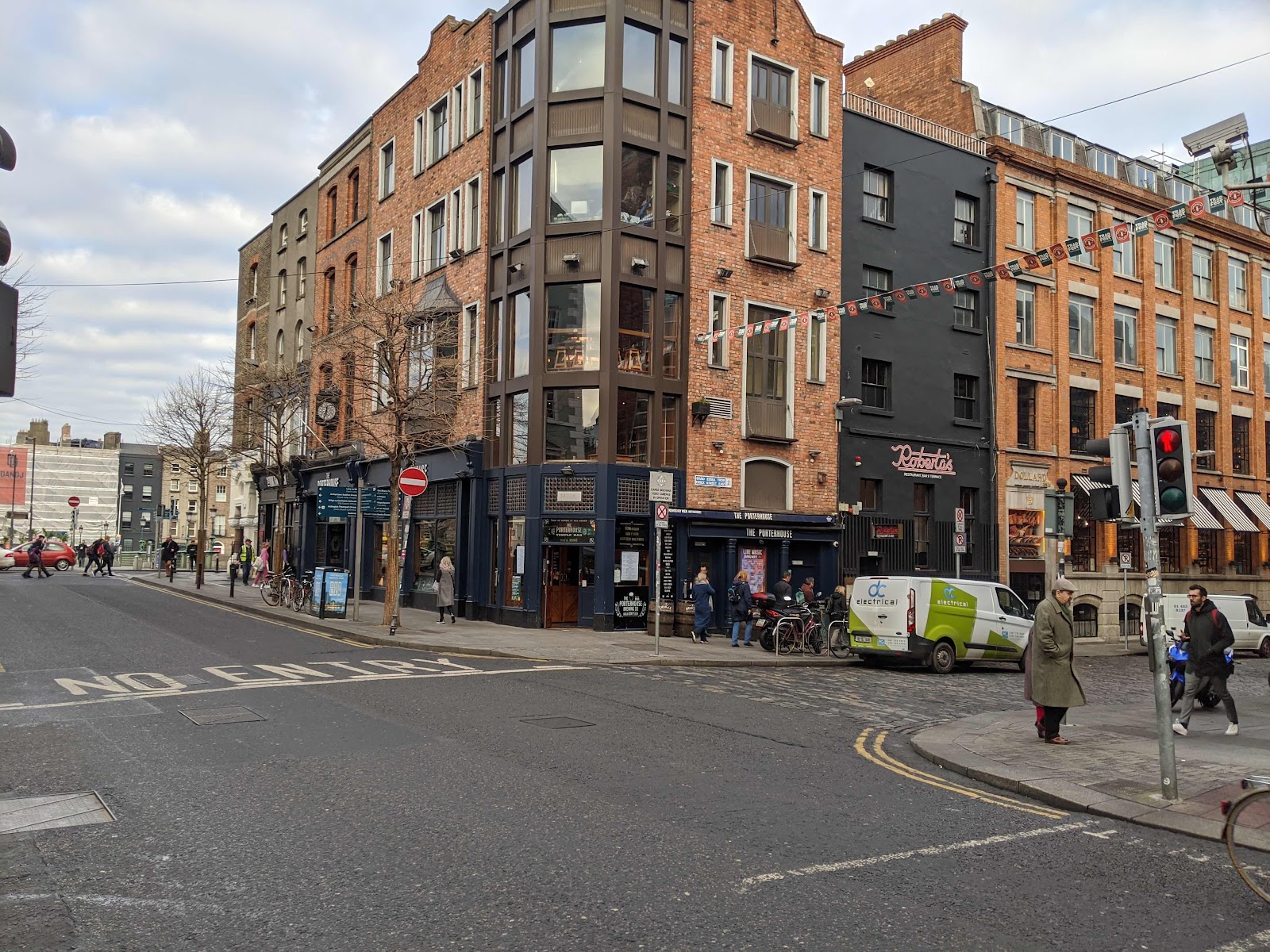 When they were getting started, this was the brewpub. The brewery has long since moved to the sticks.
In addition to their own line of beers they have a nice selection of guest beers. 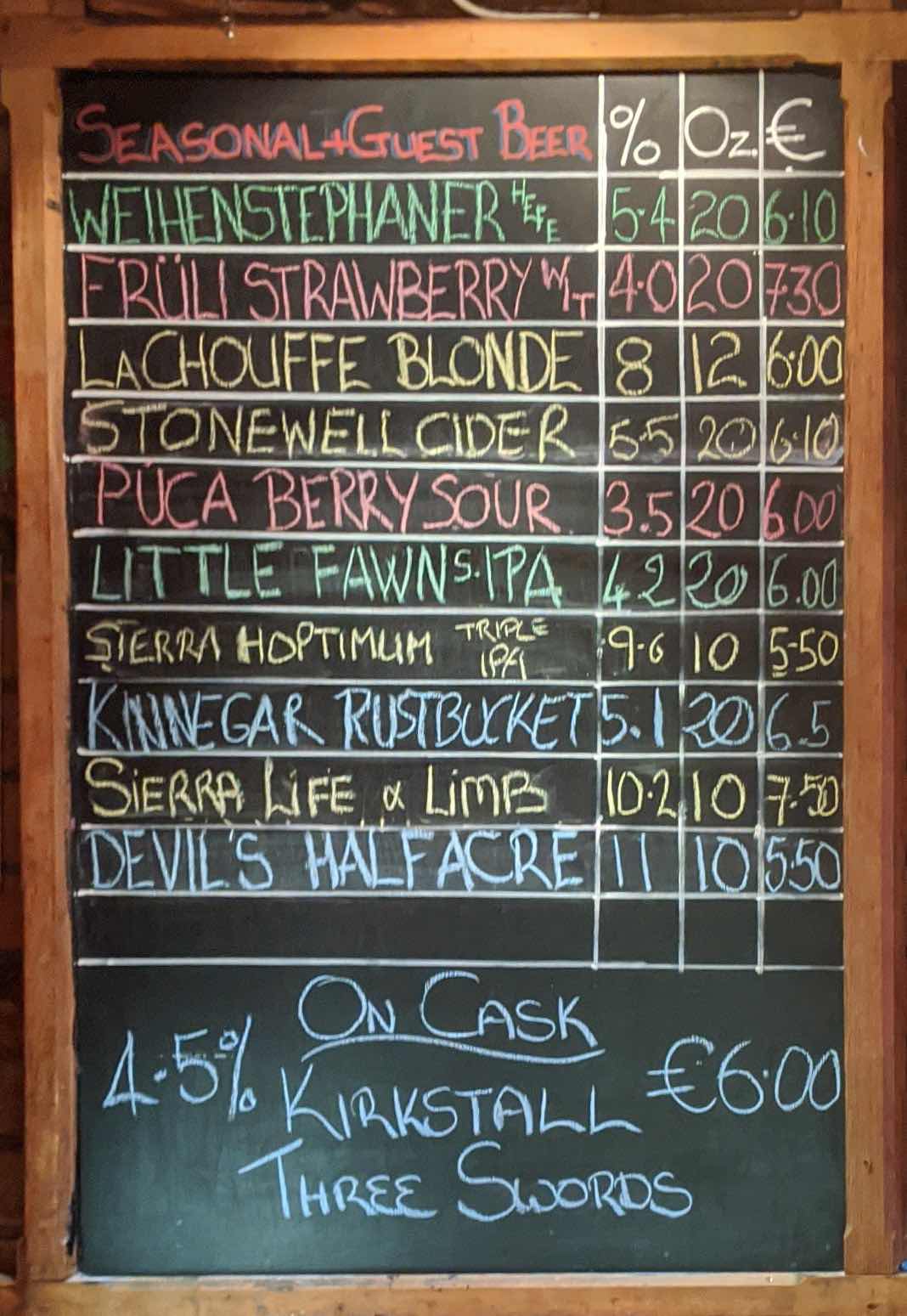 Ad do a lot of Irish pubs, they use these lighted tap handles which make for terrible pictures

There was no doubt for my first beer, the Oyster Stout. One of my favorite beers in the world. The “Oyster” comes from the raw oysters added to the conditioning tank. Some people say “ugh” but I say “yum!”  My phone camera as some color issues I haven’t tracked down. The hat is more black and the beer is less red in real life. 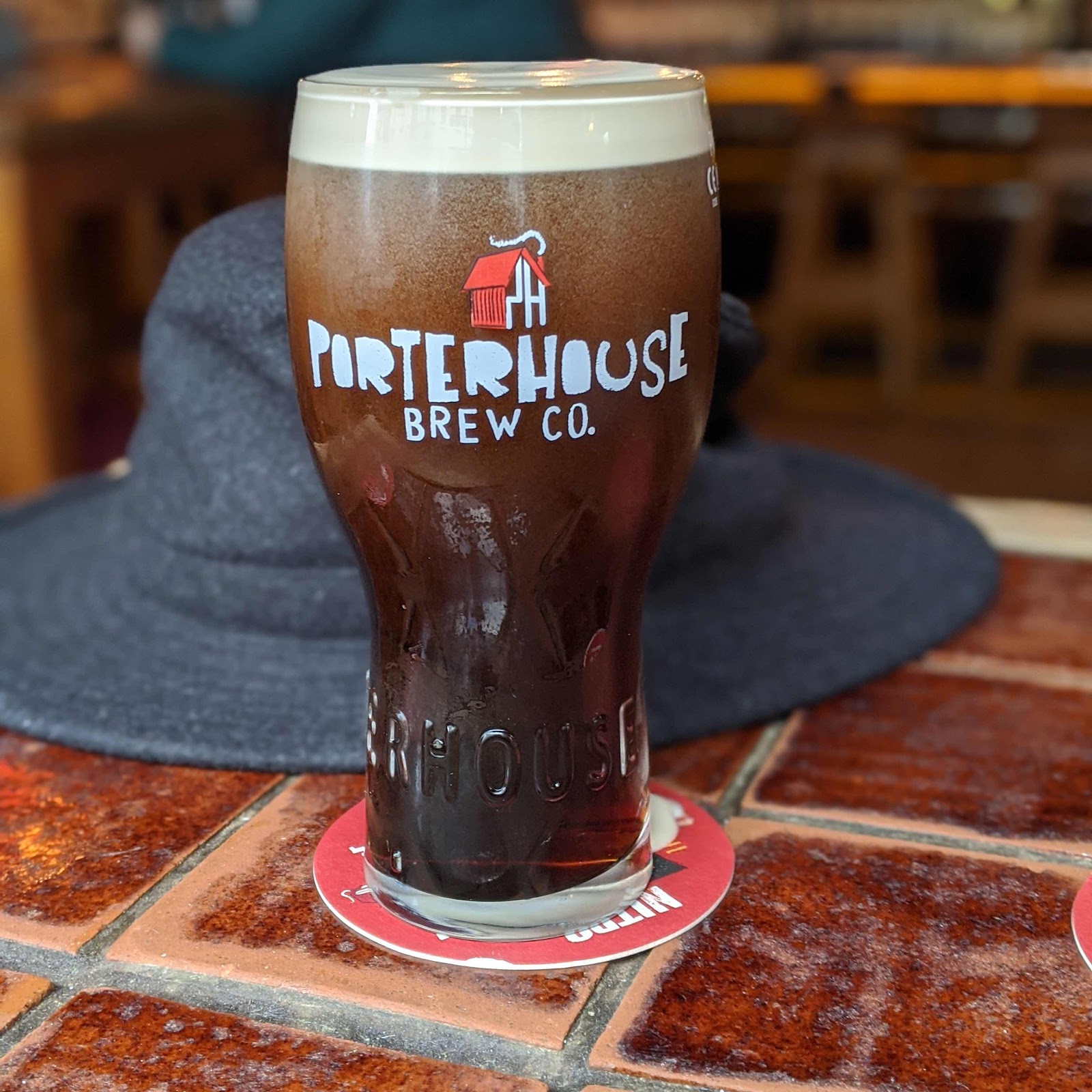 I needed some food so I ordered the Fish Pie. There was more mashed potatoes than fish but I guess that is the point. Some nice melted cheese on the top. Anyway it was good and hit the spot. 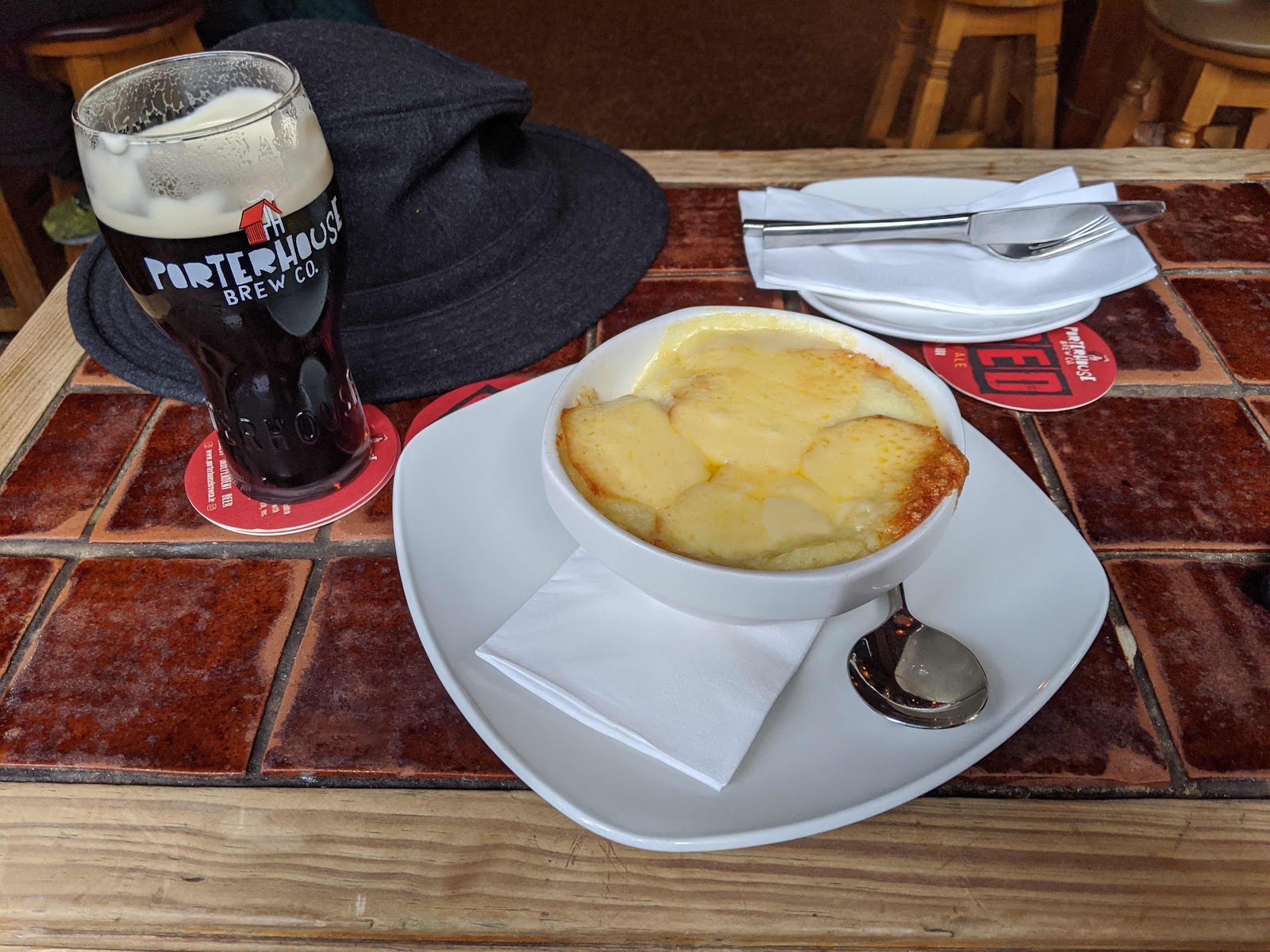 Next I had a Wrasslers XXXX stout. It looks a lot like the Oyster but the taste is quite different. 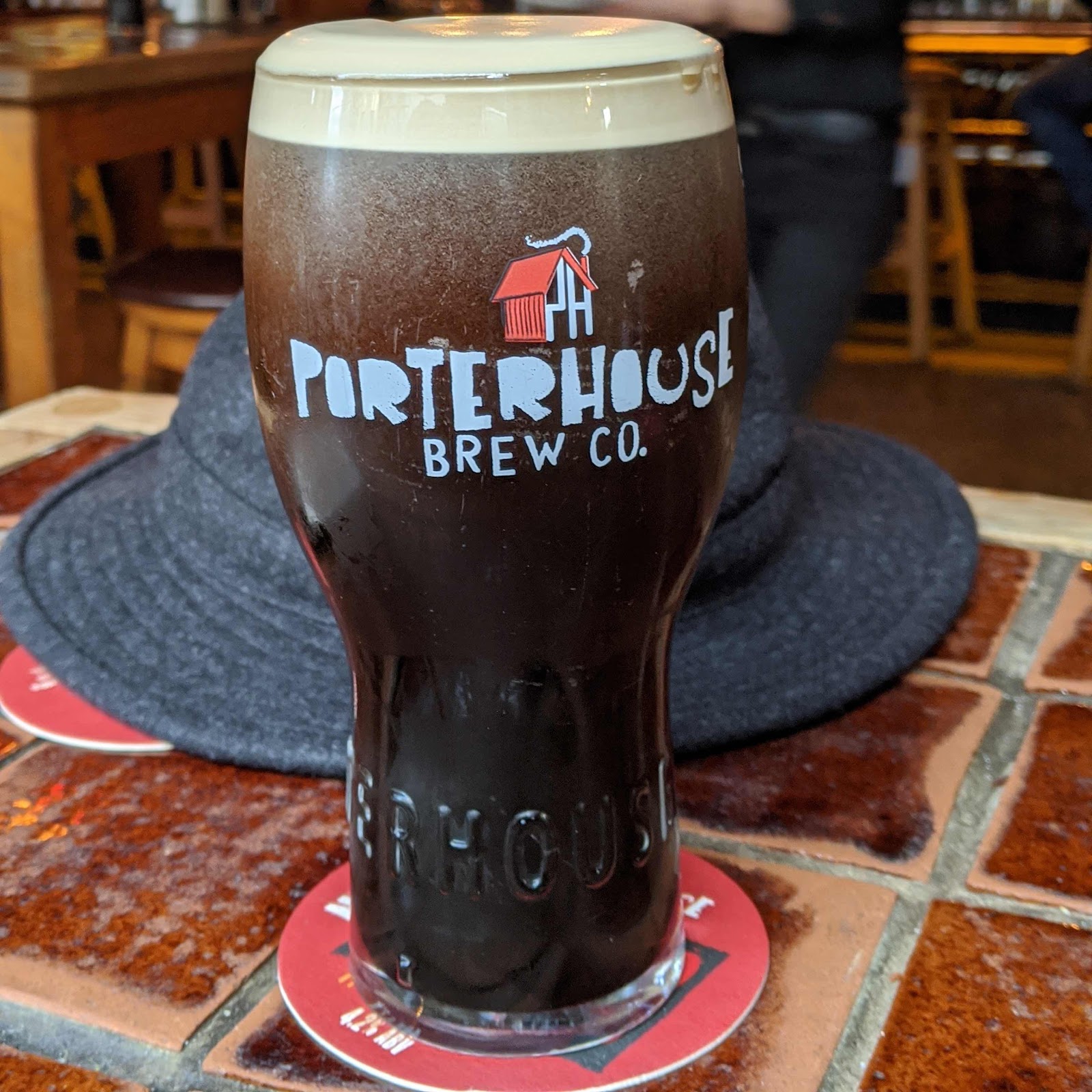 I could have had another (or three) but the late nights, early mornings were catching up so I headed back towards my hotel. Near the hotel is a new (for me place) The Big Romance. They opened just after I was last hear in 2018. 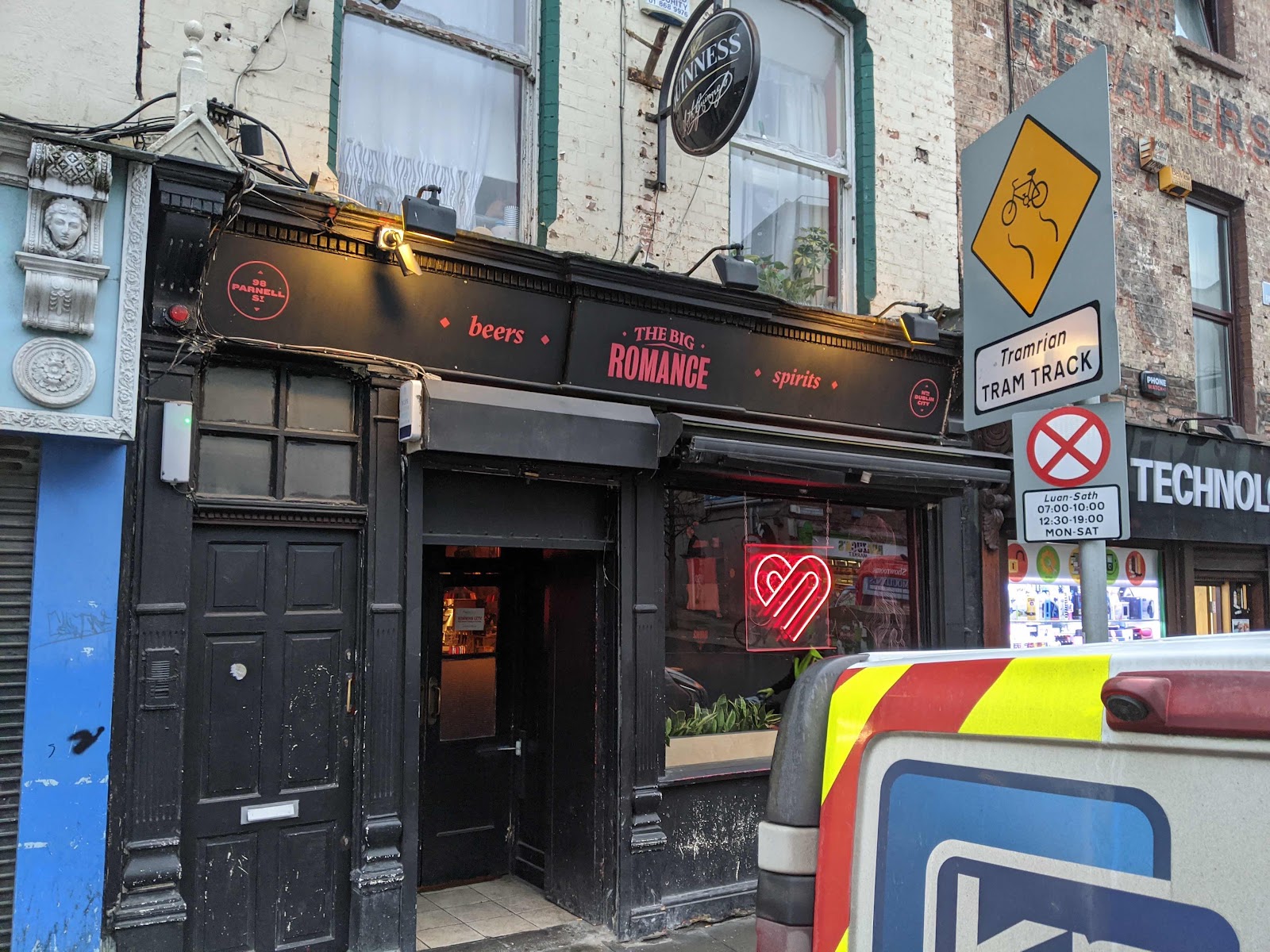 A decent selection of beers. The seemed to have a lot from Whiplash and I asked if that was standard or did they have a tap takeover recently. They said they were, but they usually had 2-3 of their beers as they were friends. Fair enough. 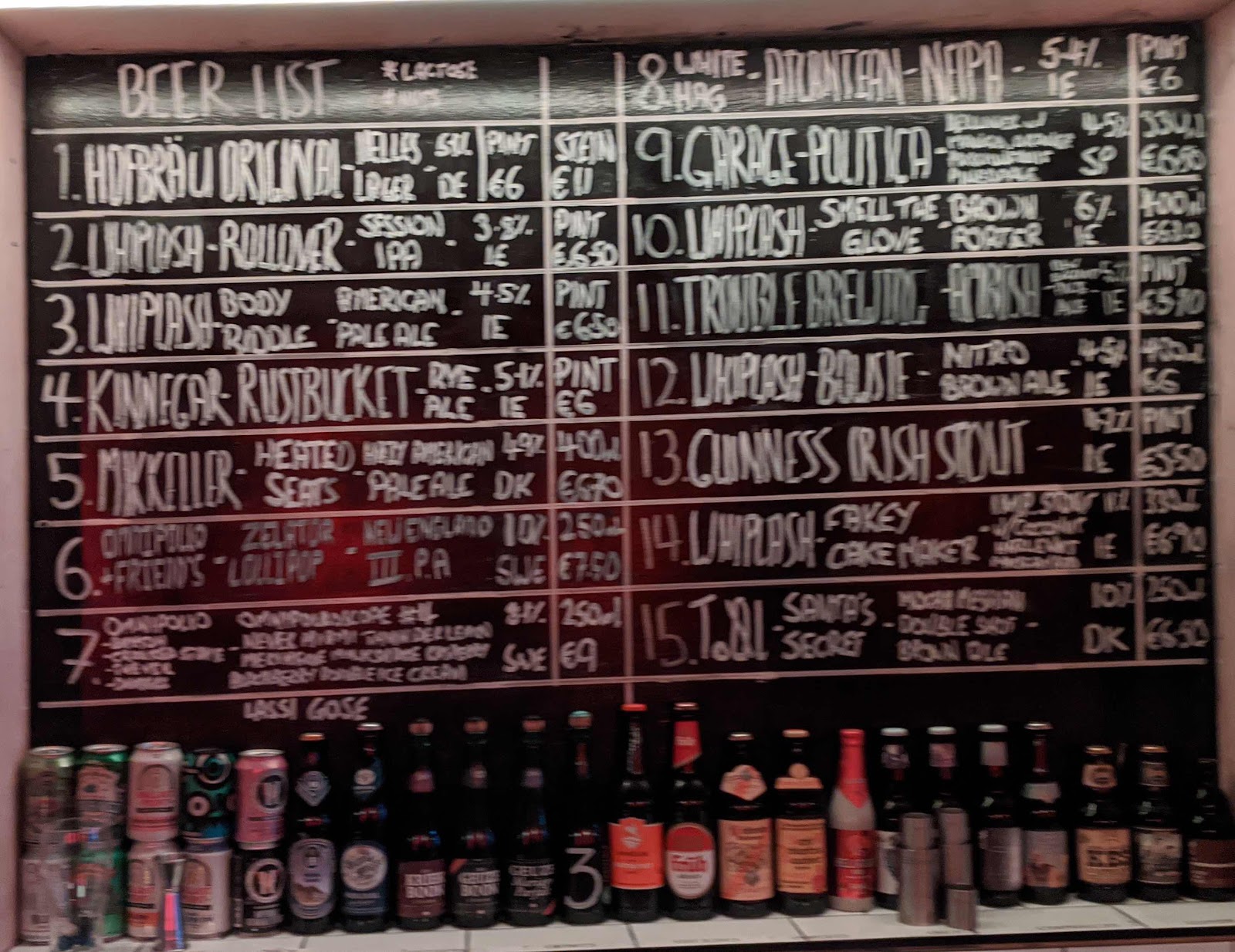 I ordered the Kinnegar Rustbucket Rye Pale Ale.  The lighting was very dim and very red so the beer doesn’t look as good as it was. 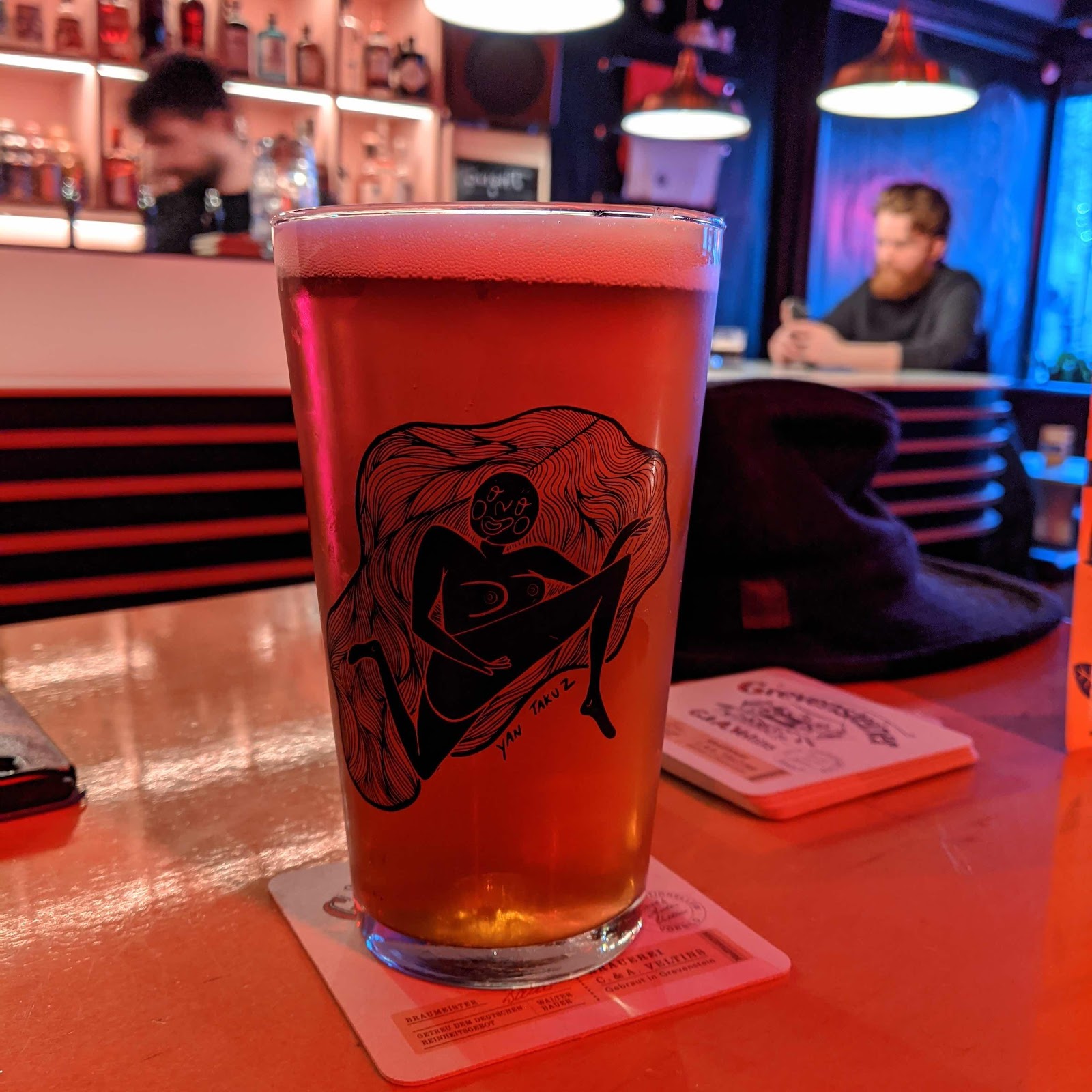 A couple of years ago I got a nice picture of the Rustbucket, so think of that one instead... 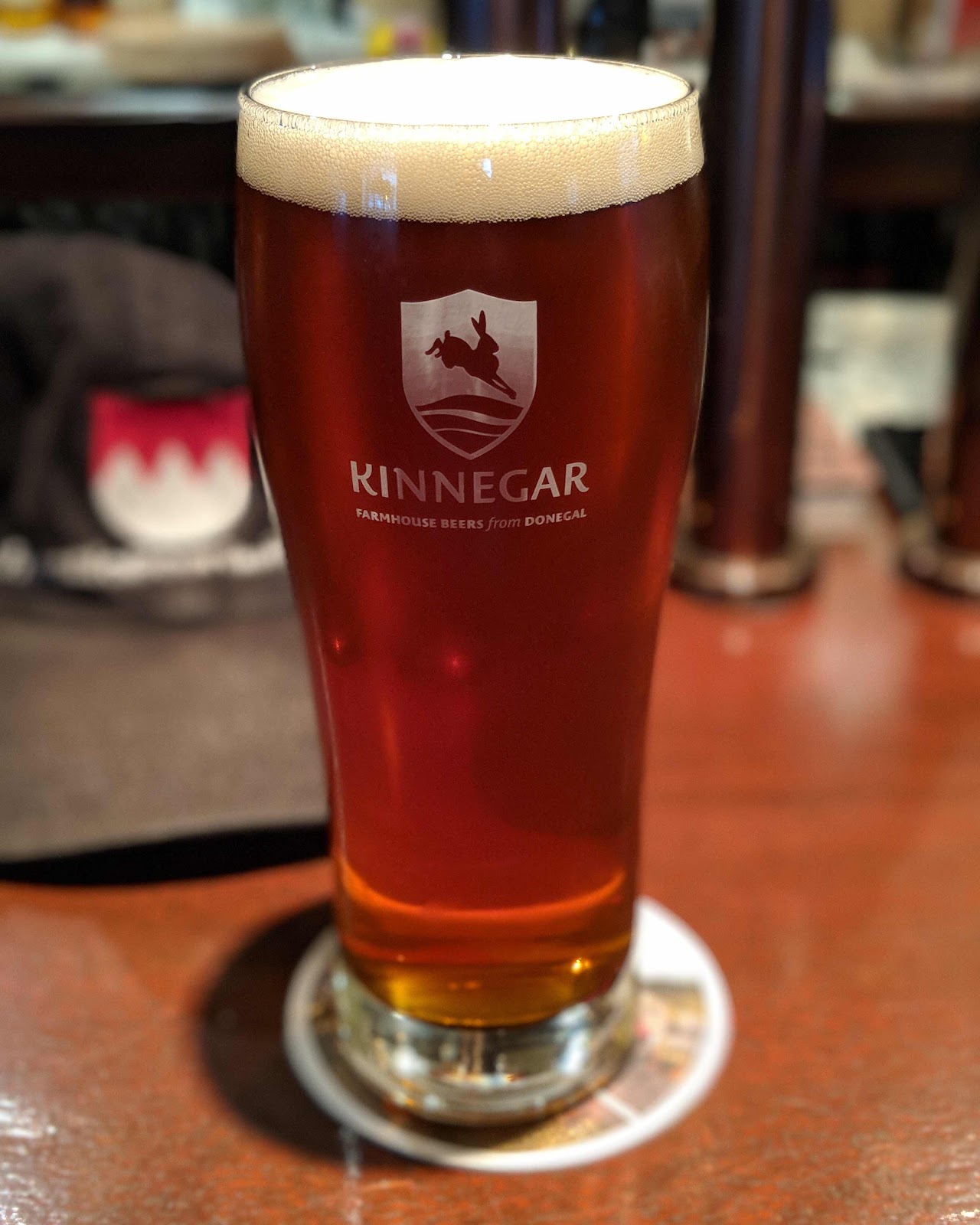 Welcome back! Have a great visit.