Needless to say, Tuesday was a bit slow in getting started — the Kulminator party was still going on when I left at nearly 2am.
We decide to see how the brewery was progressing at Speciale Belge Taproom. 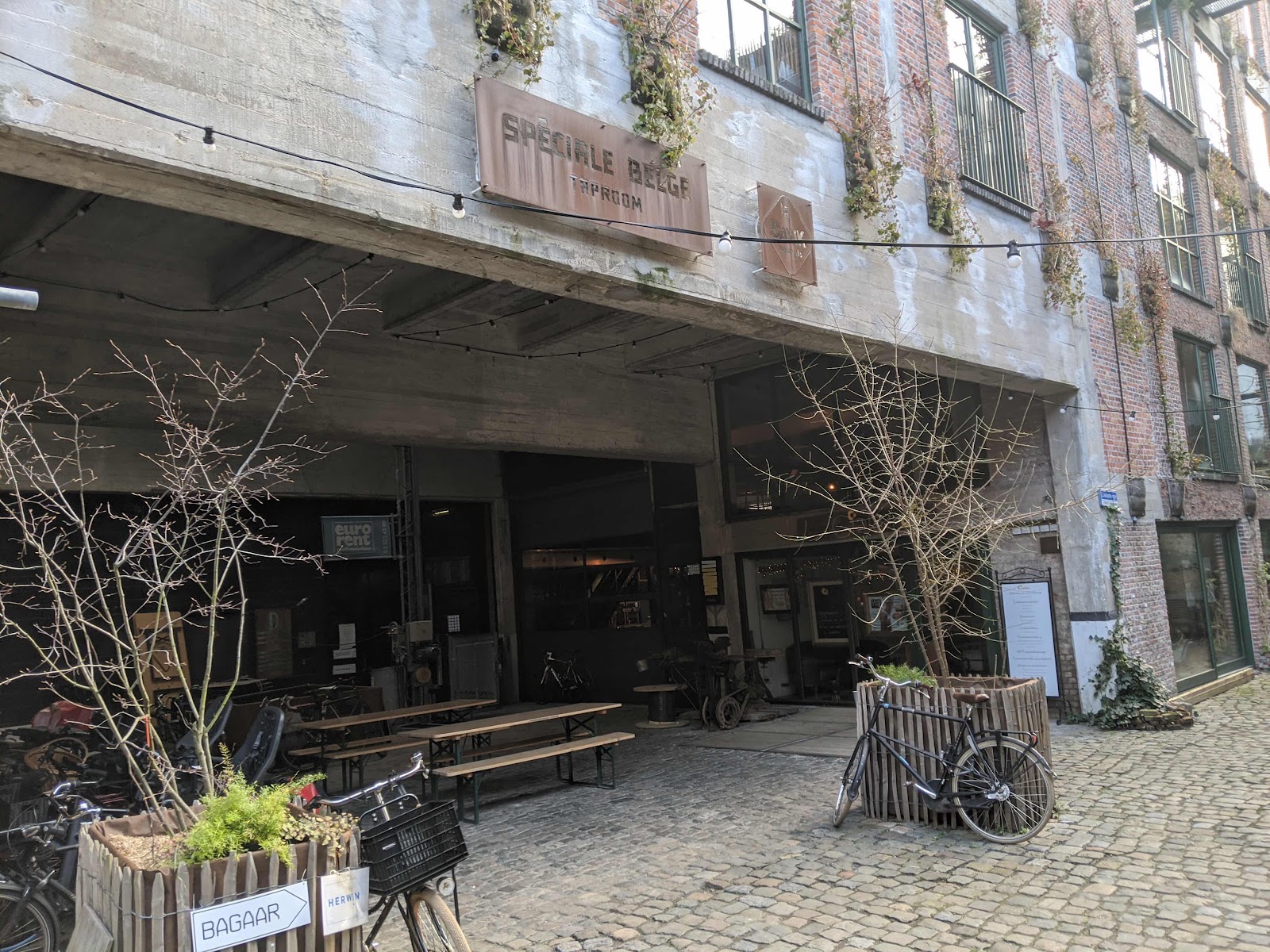 Inside, it was clear they were not yet brewing. When I inquired, they said they were having problems with the contractor— in factor the other guy was on the phone to him as we spoke. They guy on the phone was not happy. 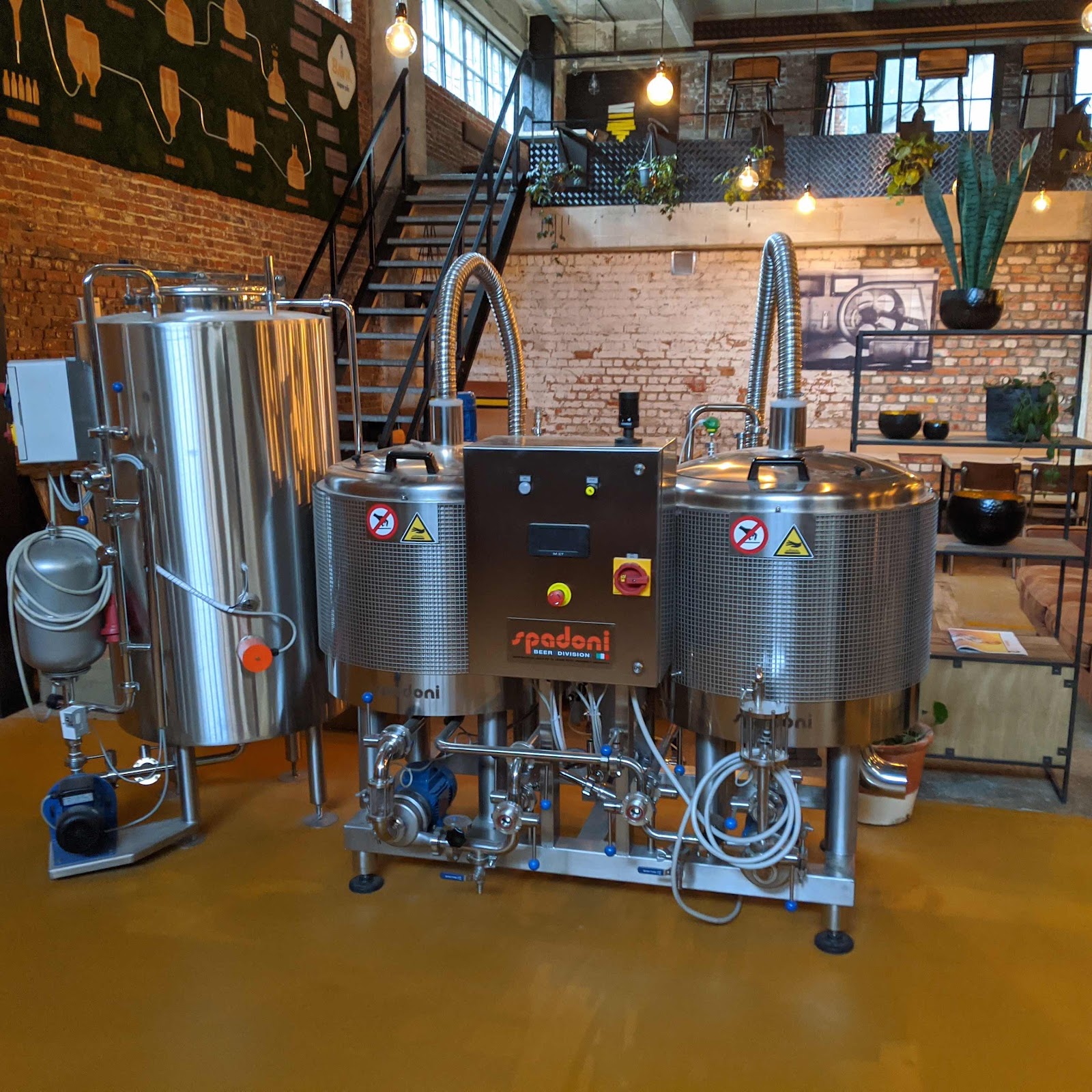 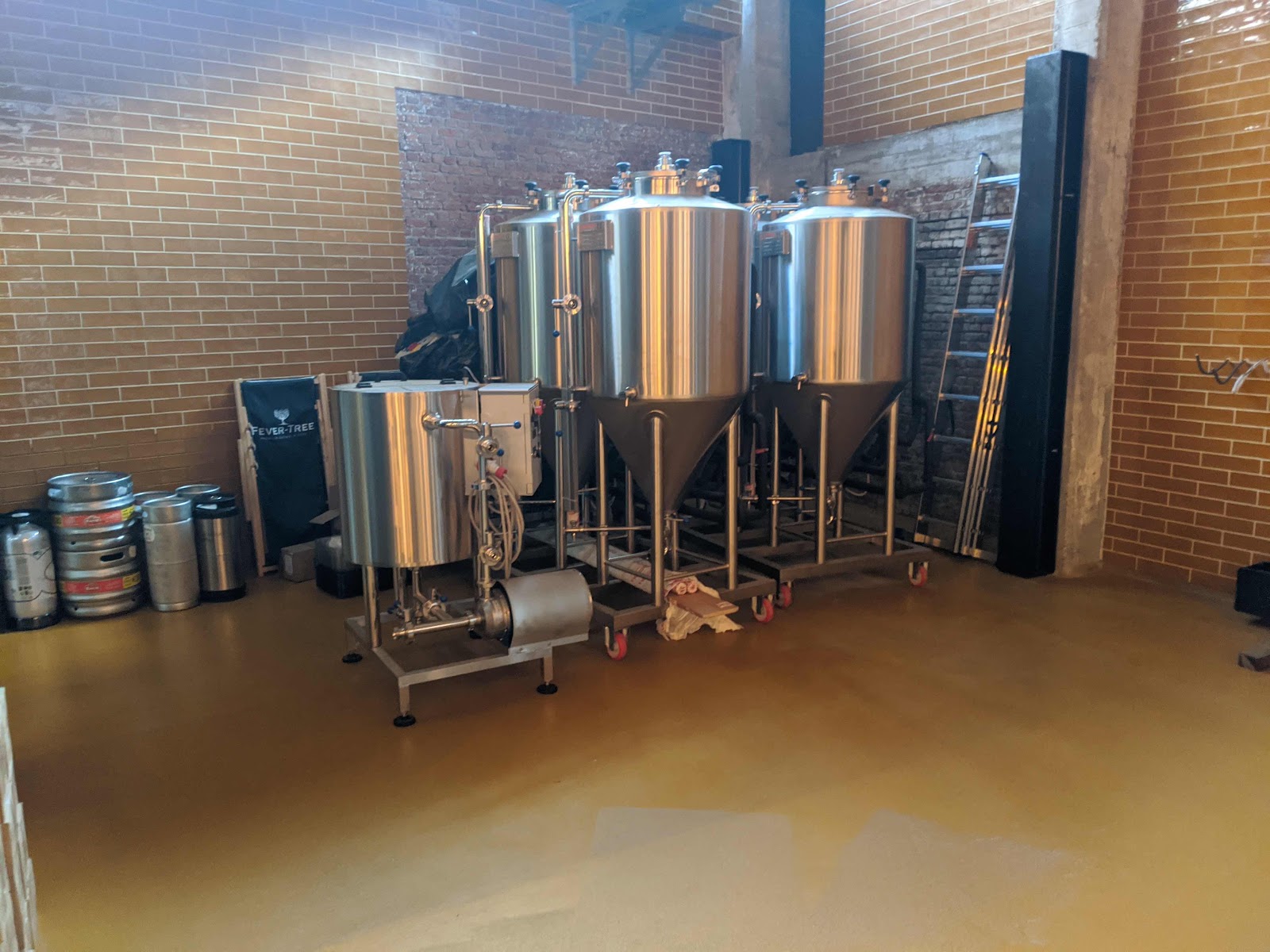 That is OK, the had lots on tap to drink. I started off with a De Ranke Hop Harvest. I believe this is XX Bitter with fresh (“wet”) hops. In any case it was delicious. 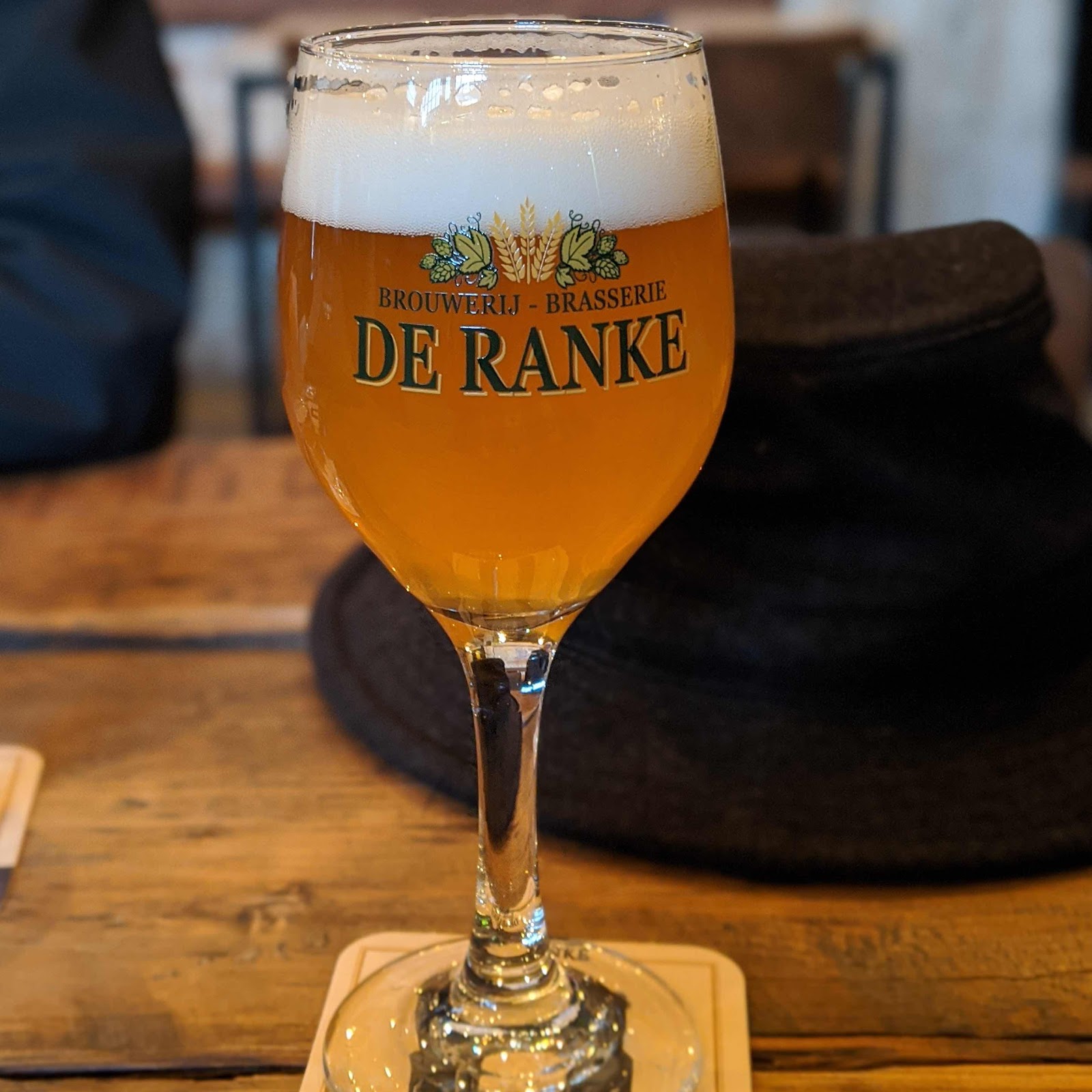 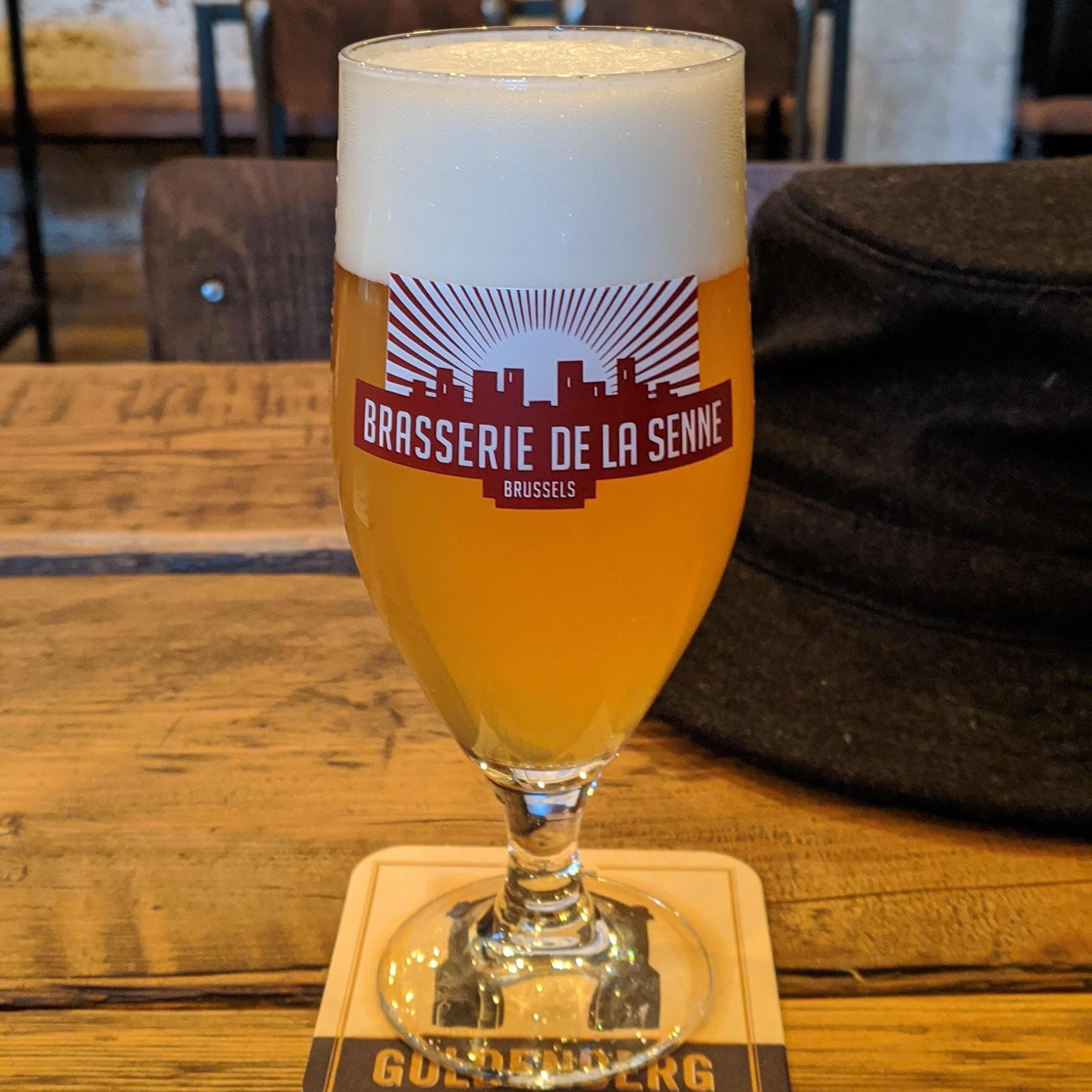 After the brewery gets up and running they plan on offering a full menu. Much of the kitchen is in, just not working yet. The do have grilled ham and cheese sandwiches and snacks.. 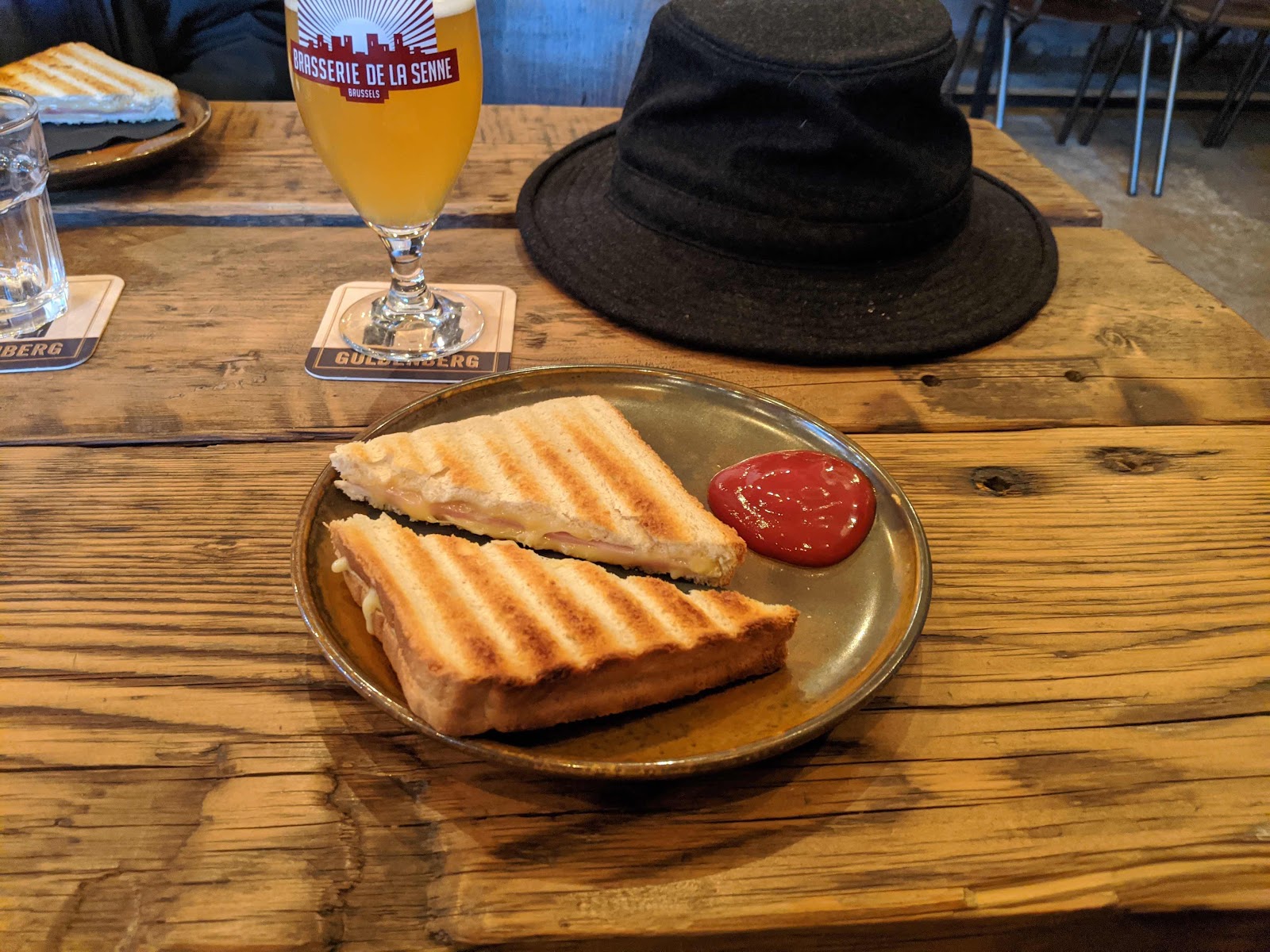 My last beer was from Hof ten Dormaal, called “Hof ten Darth Maul” — OK, kind of weak but I like their beers, so I tried it. It is an Imperial Stout aged in Genever barrels. The underlying beer was good but the Genever didn’t do anything for me. Would rather have preferred it plain. 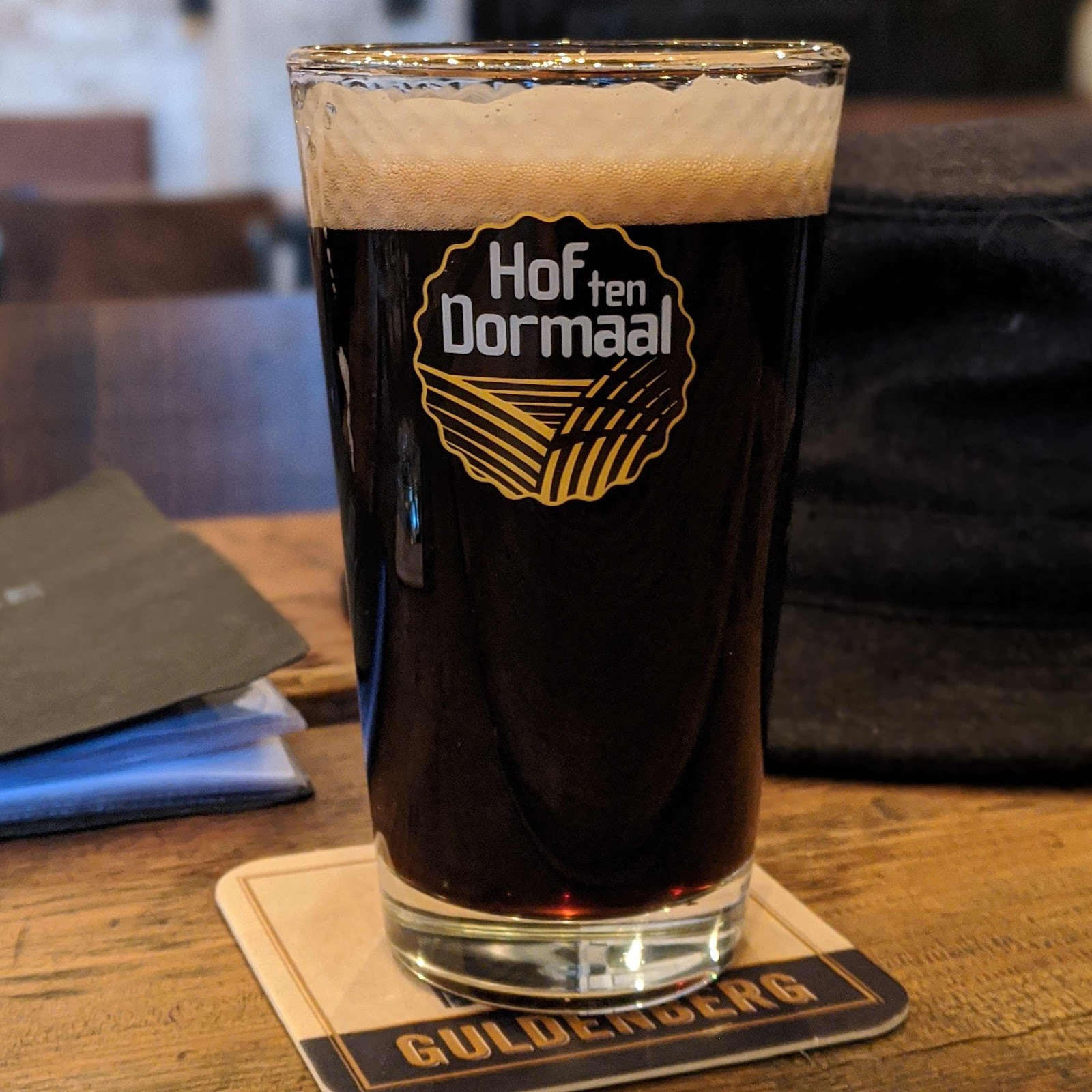 We both had early flights the next day but it still was a bit early to call it a night, so we caught a tram and ended up at De Ware Jacob. No prizes for guessing what we ordered. 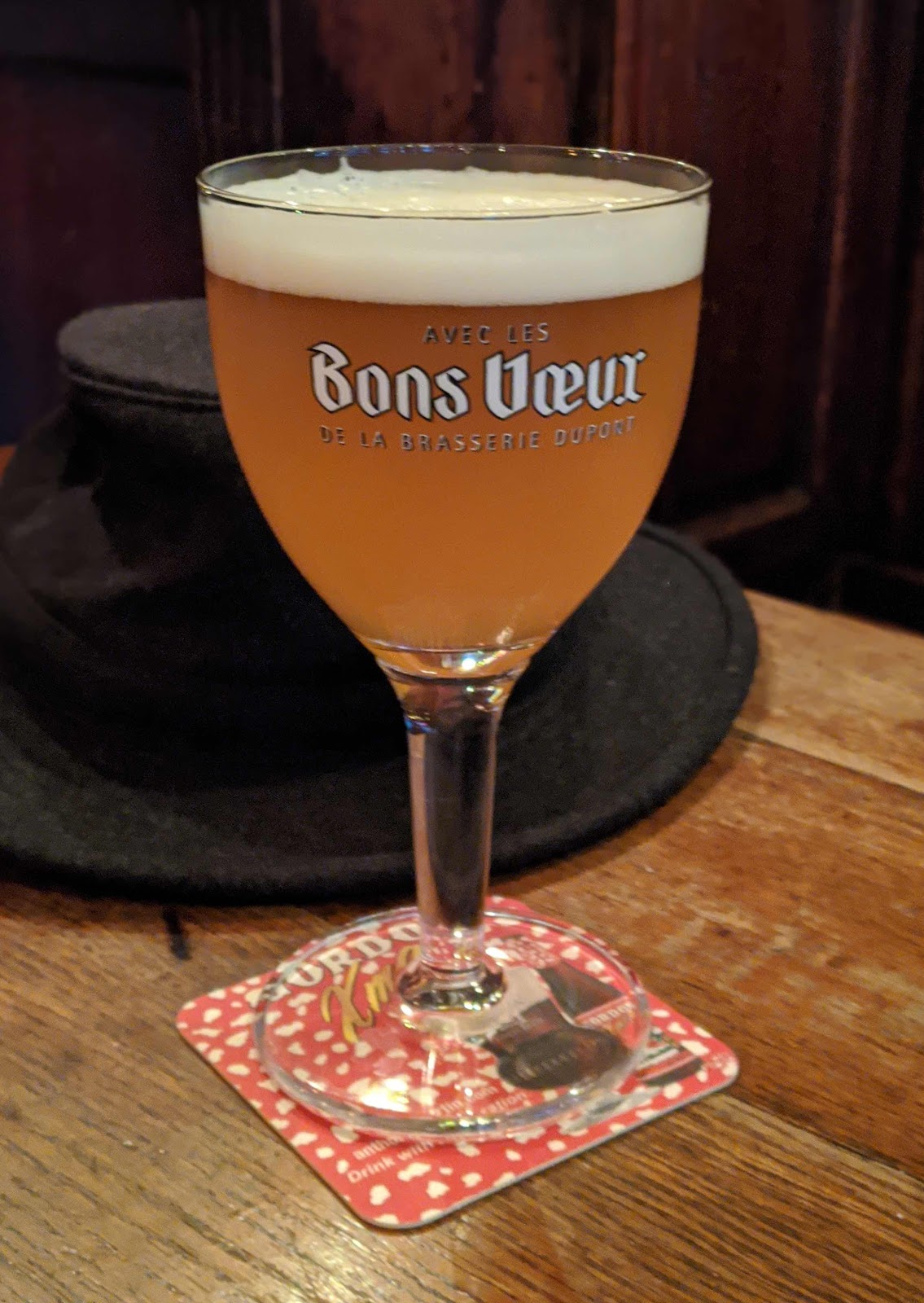 There were a couple where those came from. Then I noticed they had the Tre Fontane Tripel from the Italian Trappist Brewery. Neither of us had tasted it so we shared one. Wow! Huge eucalyptus in the nose and a bit in the taste. Very enjoyable and very different. 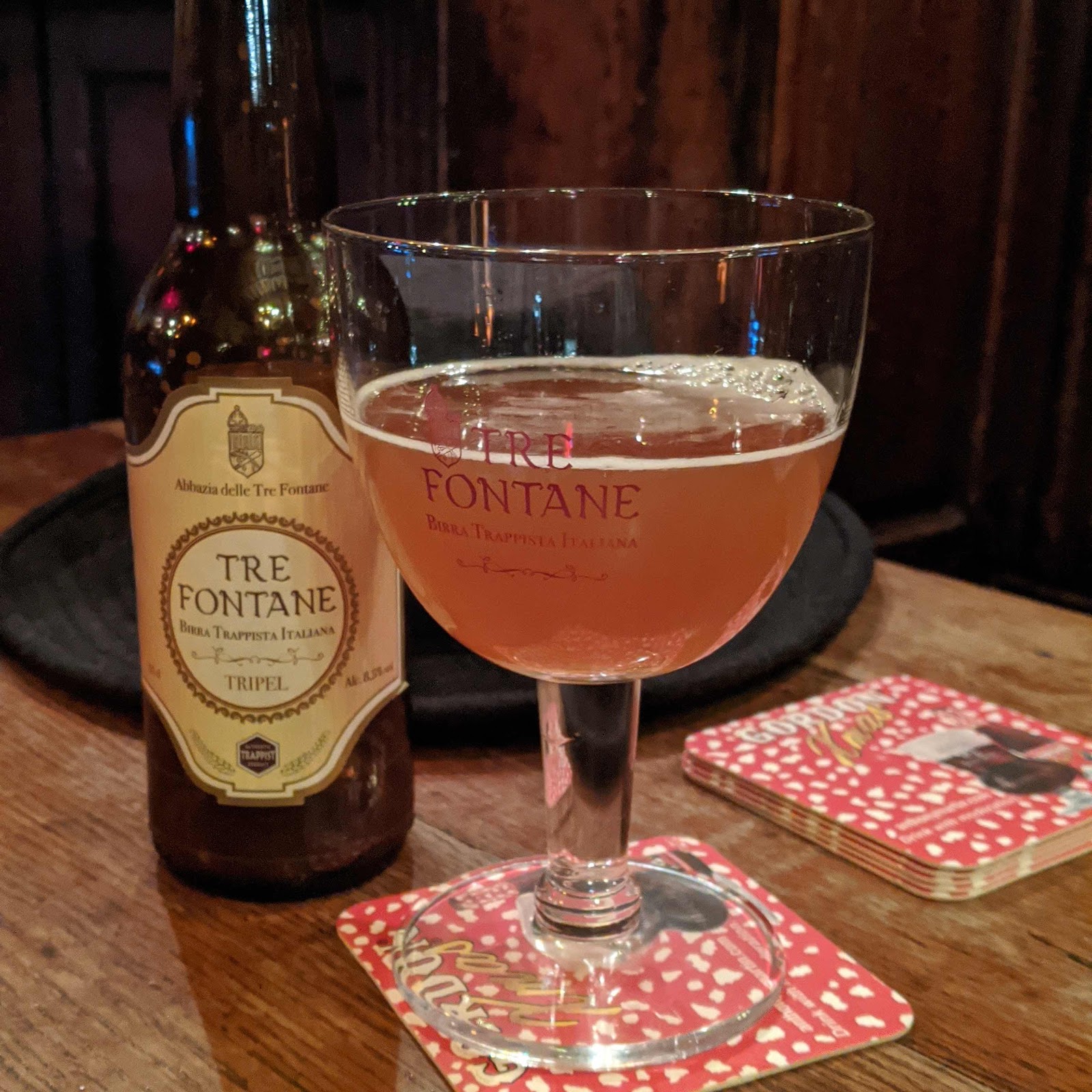 The also had the Tynt Meadow English Trappist Ale, so we shared one of those. 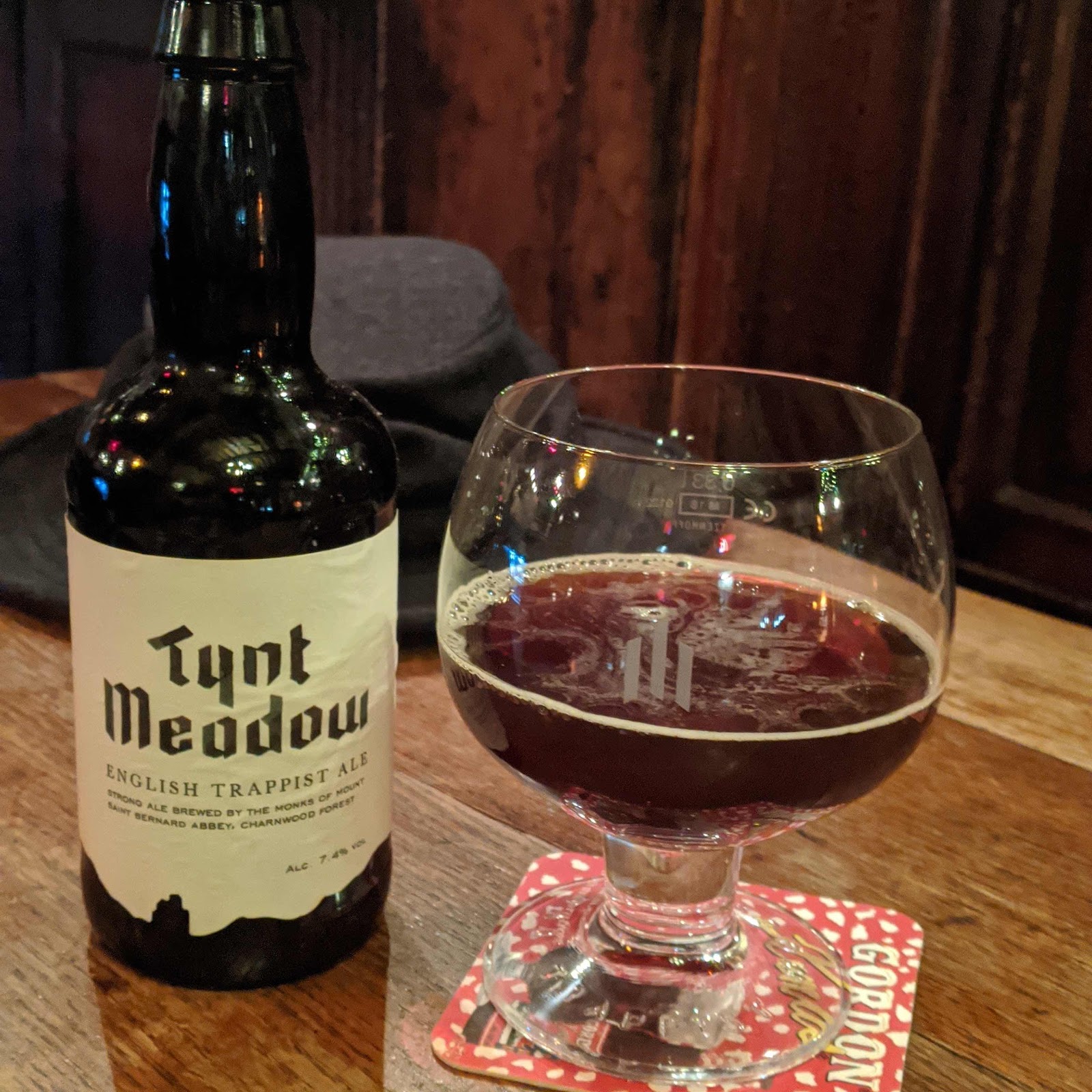 Also very good but quite different from the Tre Fontane (as you’d expect, they are different styles)
I did get a kick of the storage instructions. “Quiet everybody, you’re disturbing my beer!” 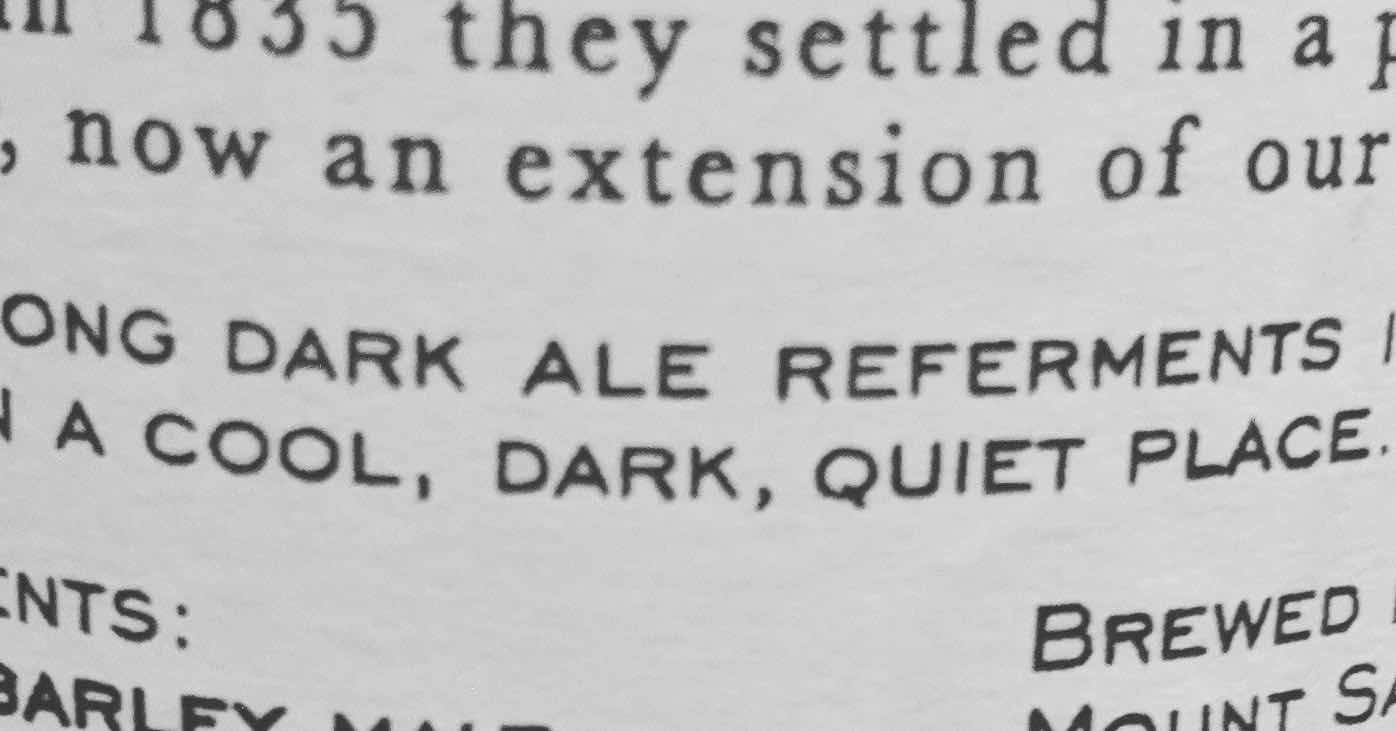 That is it for Antwerp for a while. Off to Dublin in the morning.