Night mode shot of the Kulminator 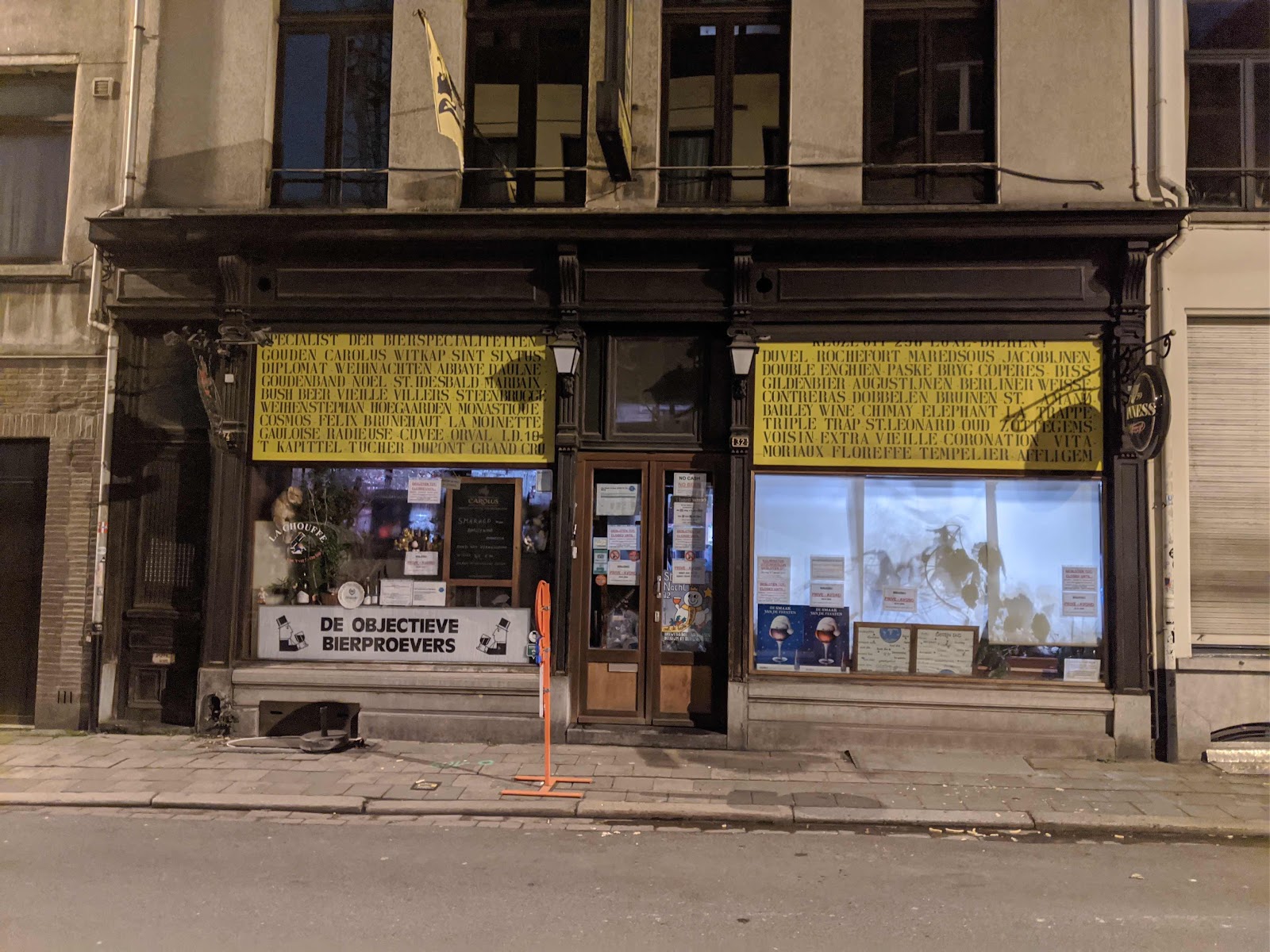 The reason (or excuse) for this trip was a party at the Kulminator to celebrate their new hours (Tue-Sat 11am-6pm, with Sat going away in August). So this was the last evening they will be open and the last Monday. Tom and I were invited.
They had been closed for a month (since before Christmas) and spent a lot of time getting the place ready. It was like the K of 15-20 years ago. No piles of papers everywhere, counters cleared off, boxes of beers put away.
Almost everybody was from Antwerp, long time friends and customers of Dirk and Leen. I can’t ever remember Dirk having such a good time — of course he is working when I’m there. 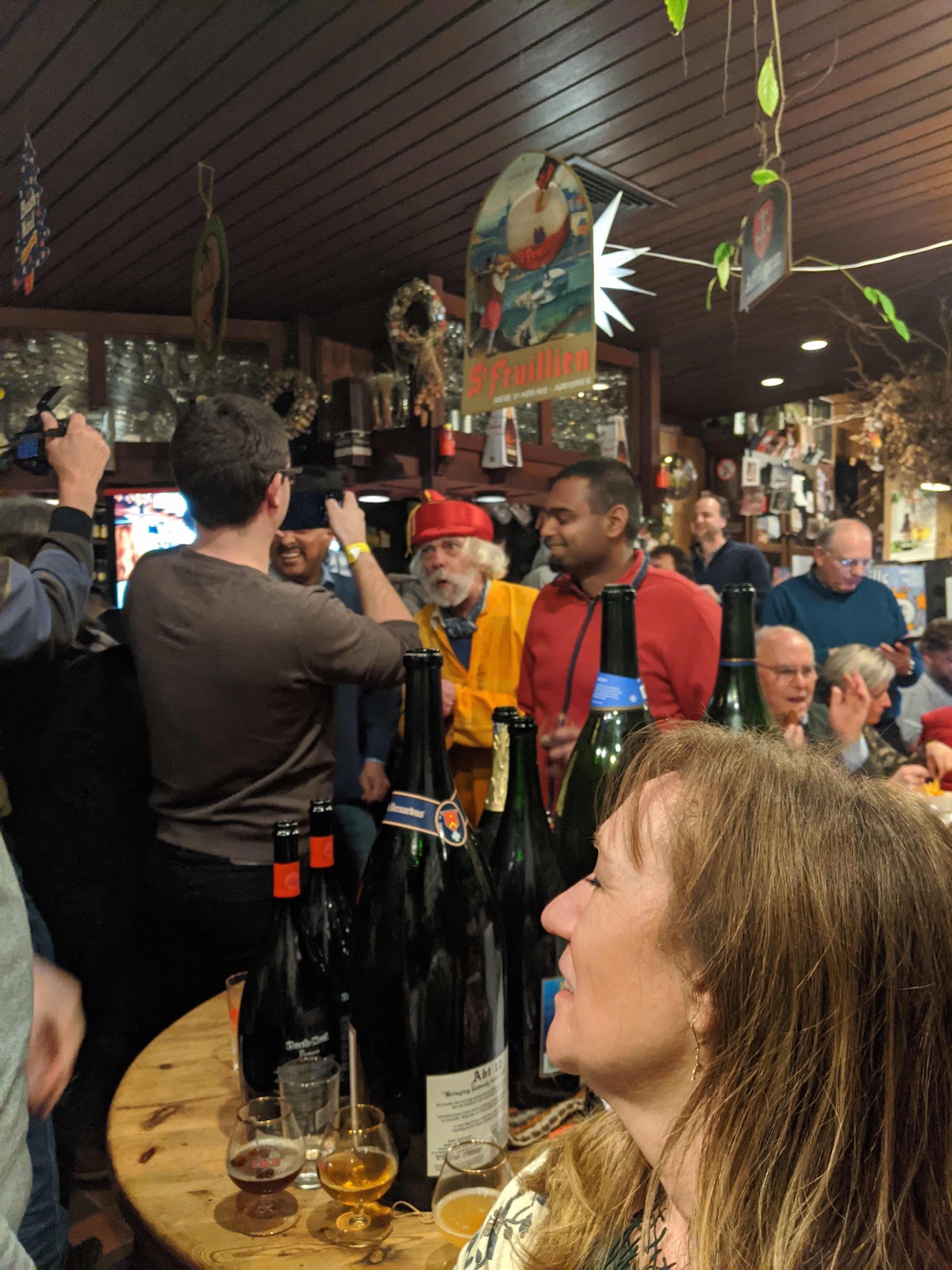 Dirk brought out every large bottle I think he had. There were 9 liter bottles of St. Feullien Tripel, Cuvée van de Keizer (fairly old), St Bernardus 12. A couple of double magnums of Liefmans Goudenband from 2003 that was specially brewed (bottled?) for the Kulminator. Some Bush Noël Prestige and some Bush Noël from 2006 that someone said was the first year they brewed it (I don’t know if that is true). And of course, draft Bush Noël from 2017. I sort of lost track after that... 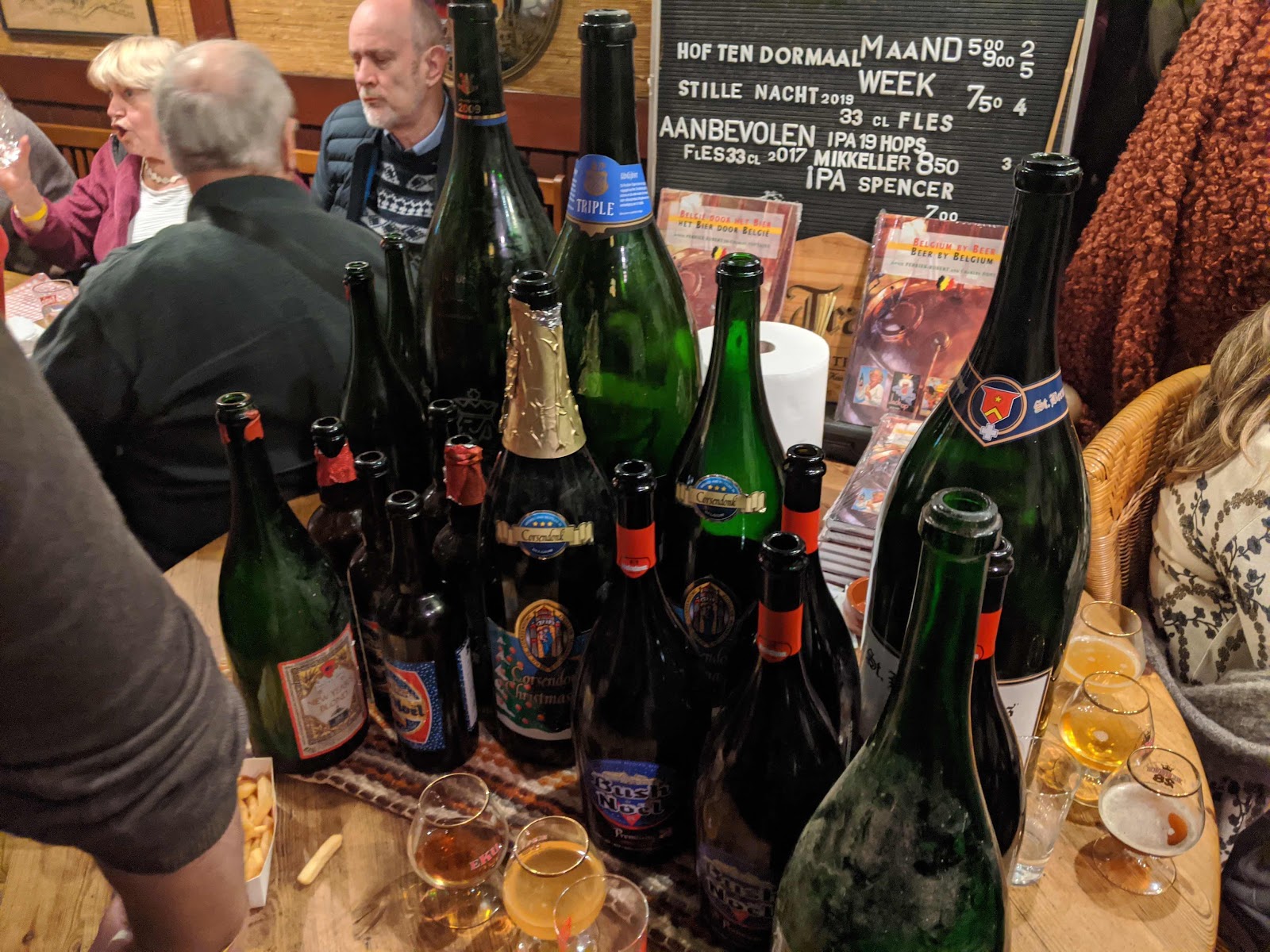 Their 45th Anniversary beer was ready as well, but I didn’t get a chance to taste it. 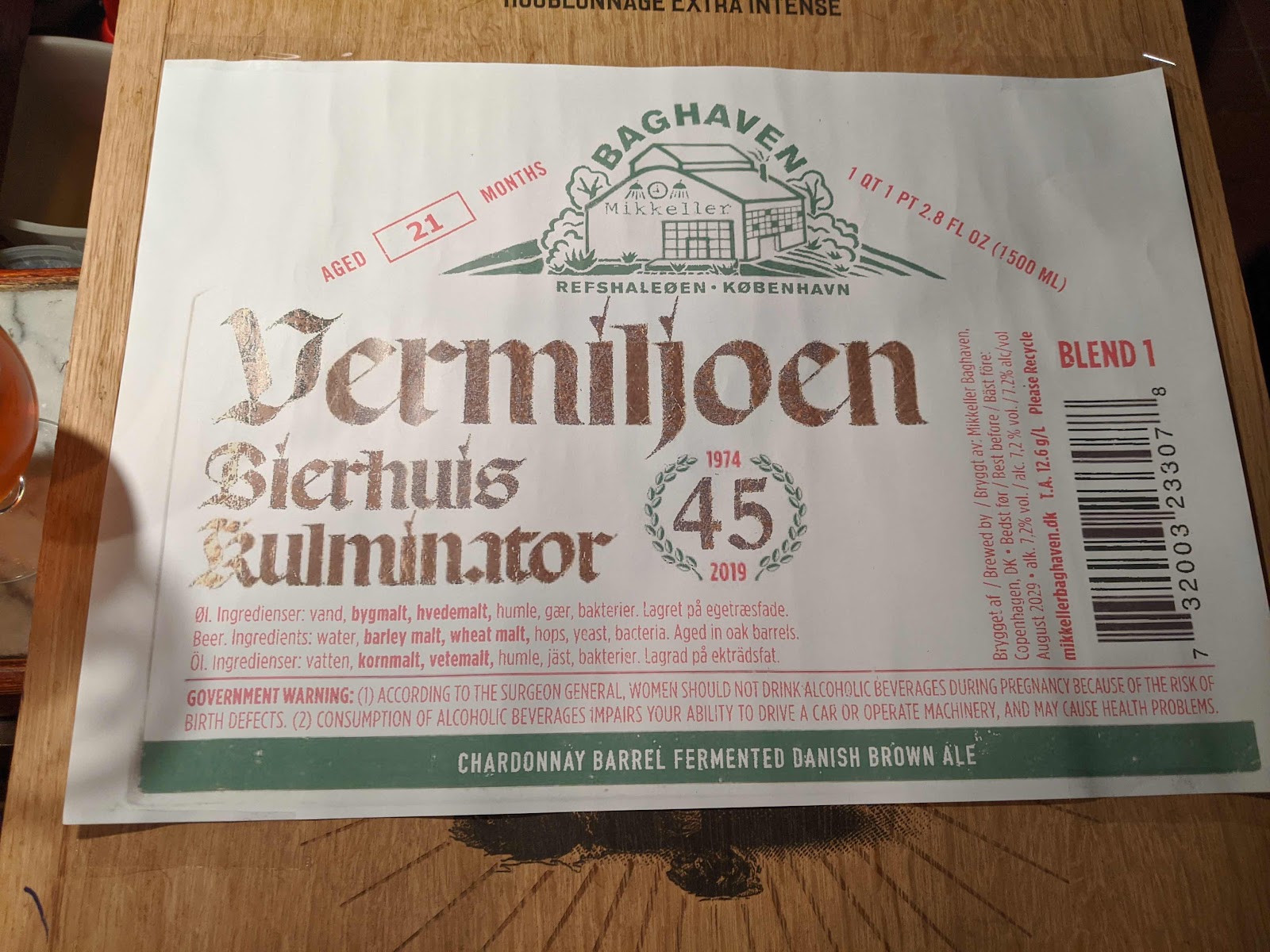 There was a frites truck parked out front for food, plus some appetizers inside.
Anyway, a good time was had by all. 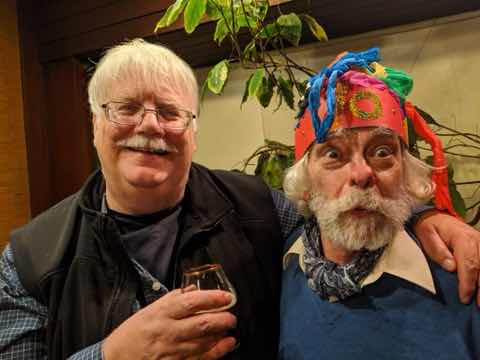