Today would be mostly visiting places I’d been to before, only one totally new place on the list.
I started off at Kaschk, a coffee shop that also has 12 taps of beer.  Previous visits about half of the beers were Nordic or local collaborations with Nordic breweries. But that seemed to have change as this time the beers were mostly German. 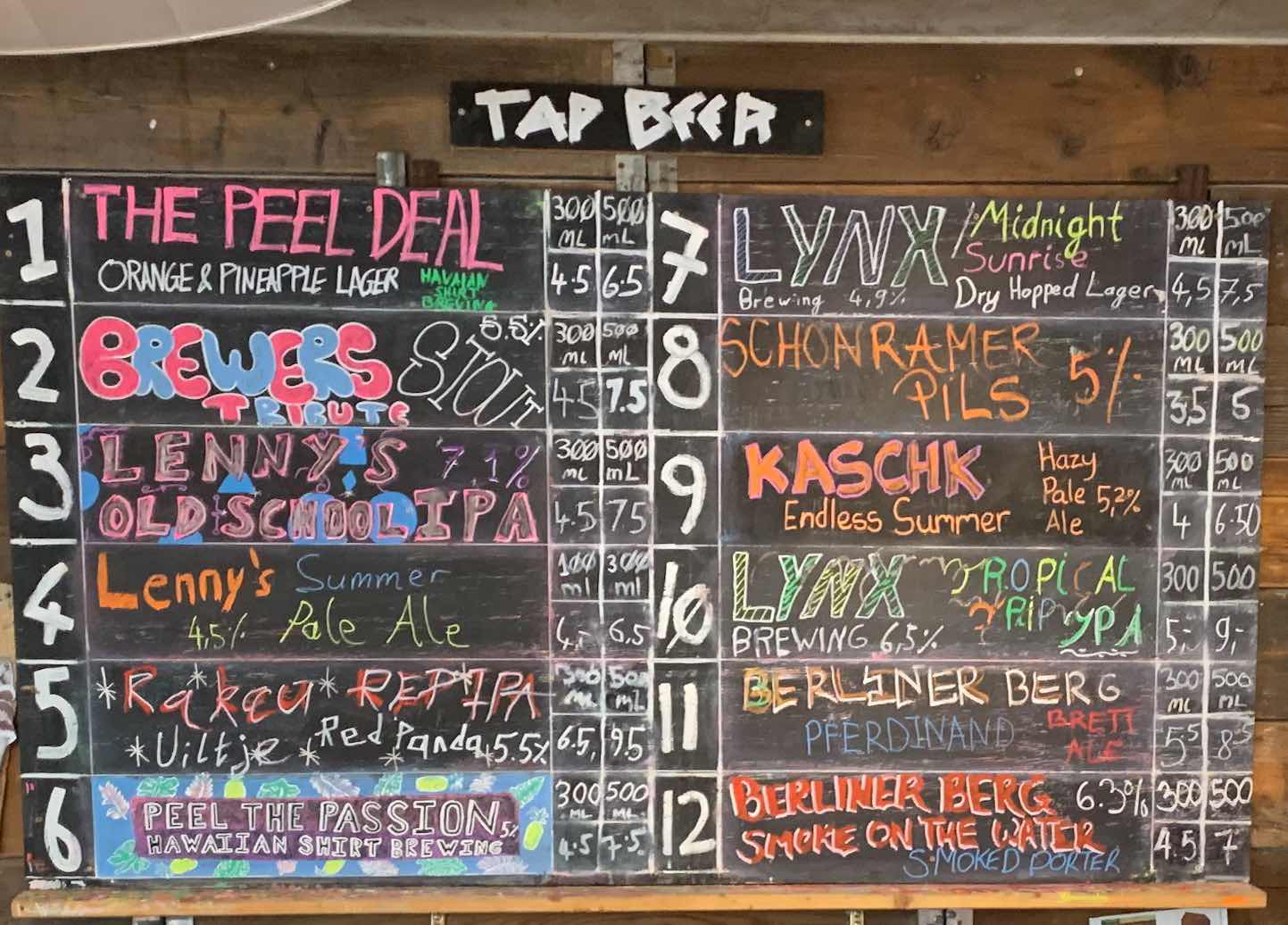 I decided to try the House Hazy Pale ale, brewed at Strassenbräu. It was a good start to the day. 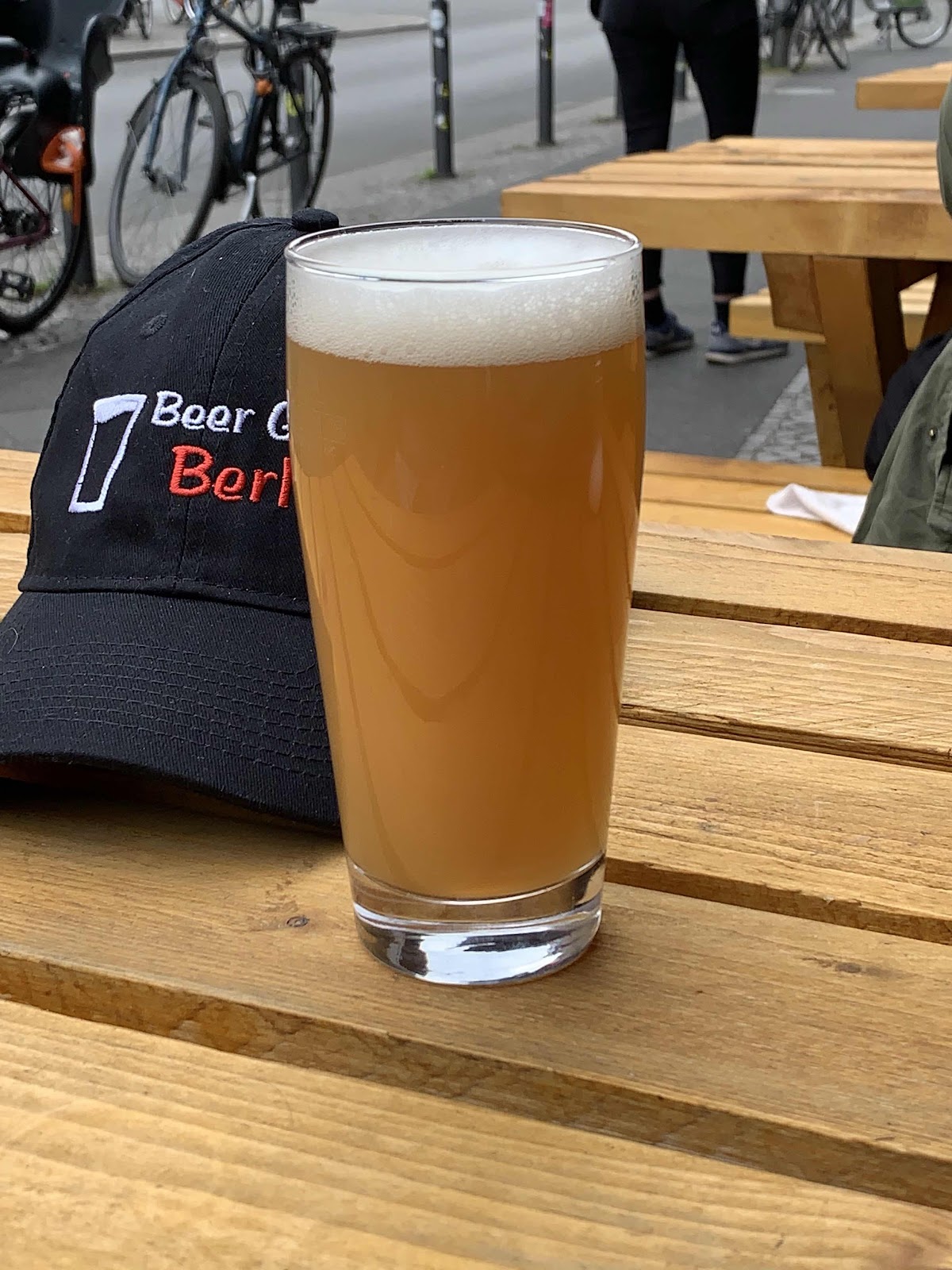 Next I caught the U-Bahn towards Hausvogteiplatz.  There was a place their earlier, Das Meisterstück that had a decent beer list and pretty good sausages grilled over a wood fire. They had been taken over by BraufactuM, the “craft” brewing venture of the large brewery group Radeberger. I wanted to see what changed. 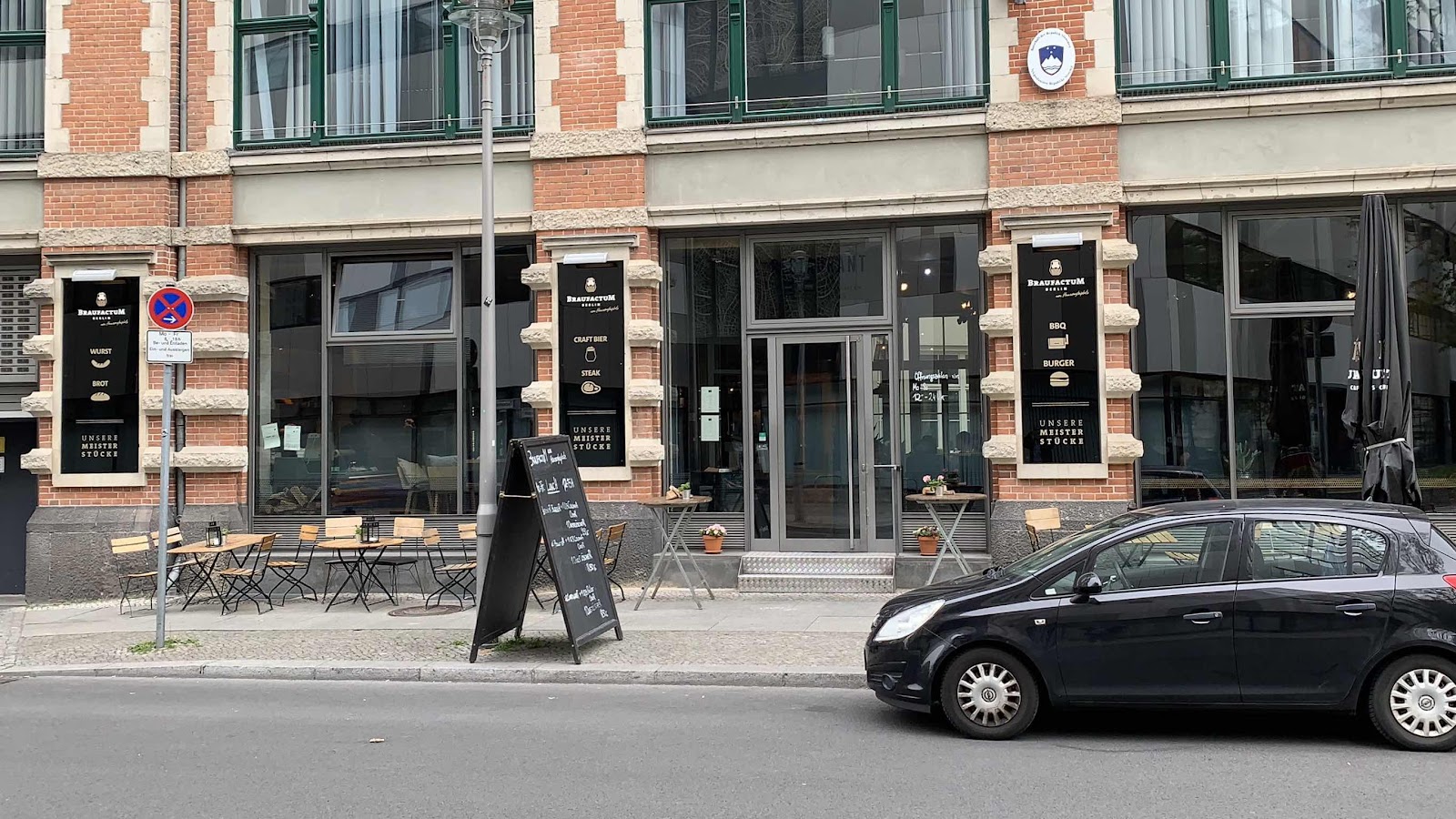 The outside was pretty much the same with the new name in place of the old. The inside as well — the wood fired grill was there, just the beer taps had changed (they added about 6) Most were BraufactuM along with Schultheiss Pilsner and a Berliner Kindl Zwickel. I chose the Marzus Märzen and a grilled Thuringer sausage. 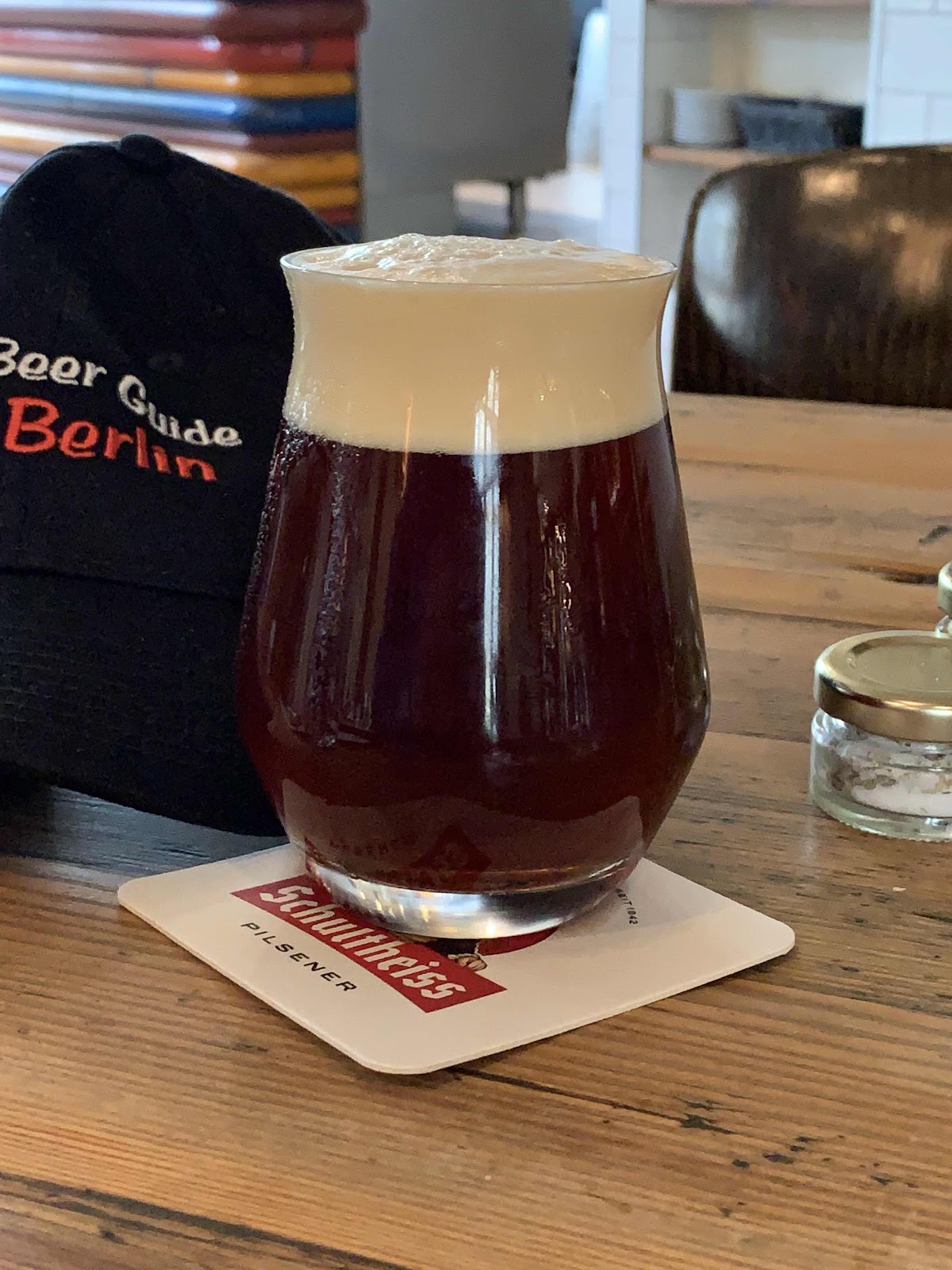 I would have like the Märzen more if it had more malt — it was a little to carmelly. The sausage was great. 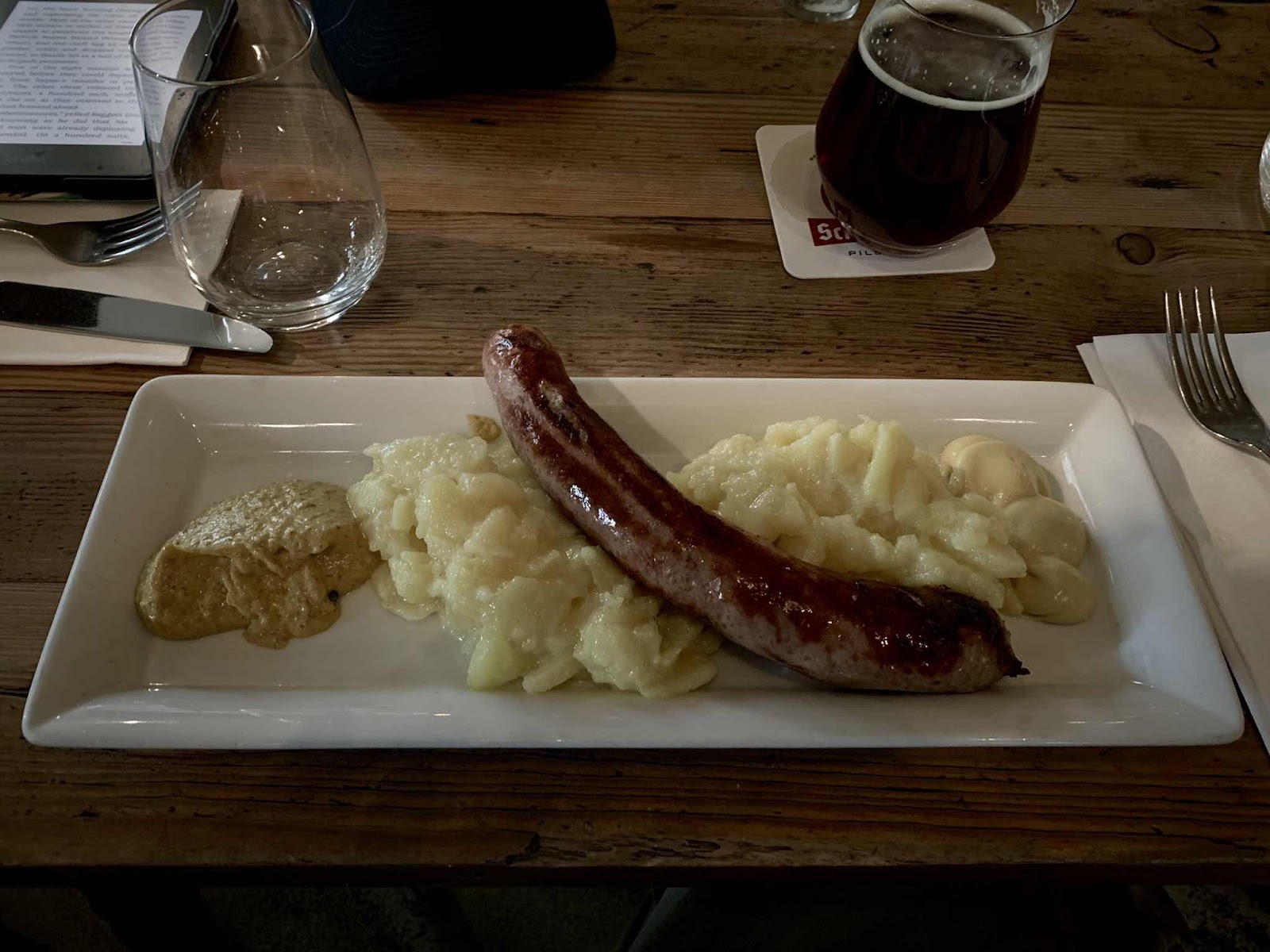 Next up was a visit to a total new place for me. I had to change from U-Bahn to bus at Platz der Luftbrücke, a memorial to the Berlin Airlift. Turns out there was a festival on Sunday (which I’ll miss) but they had cool posters on the sidewalks... 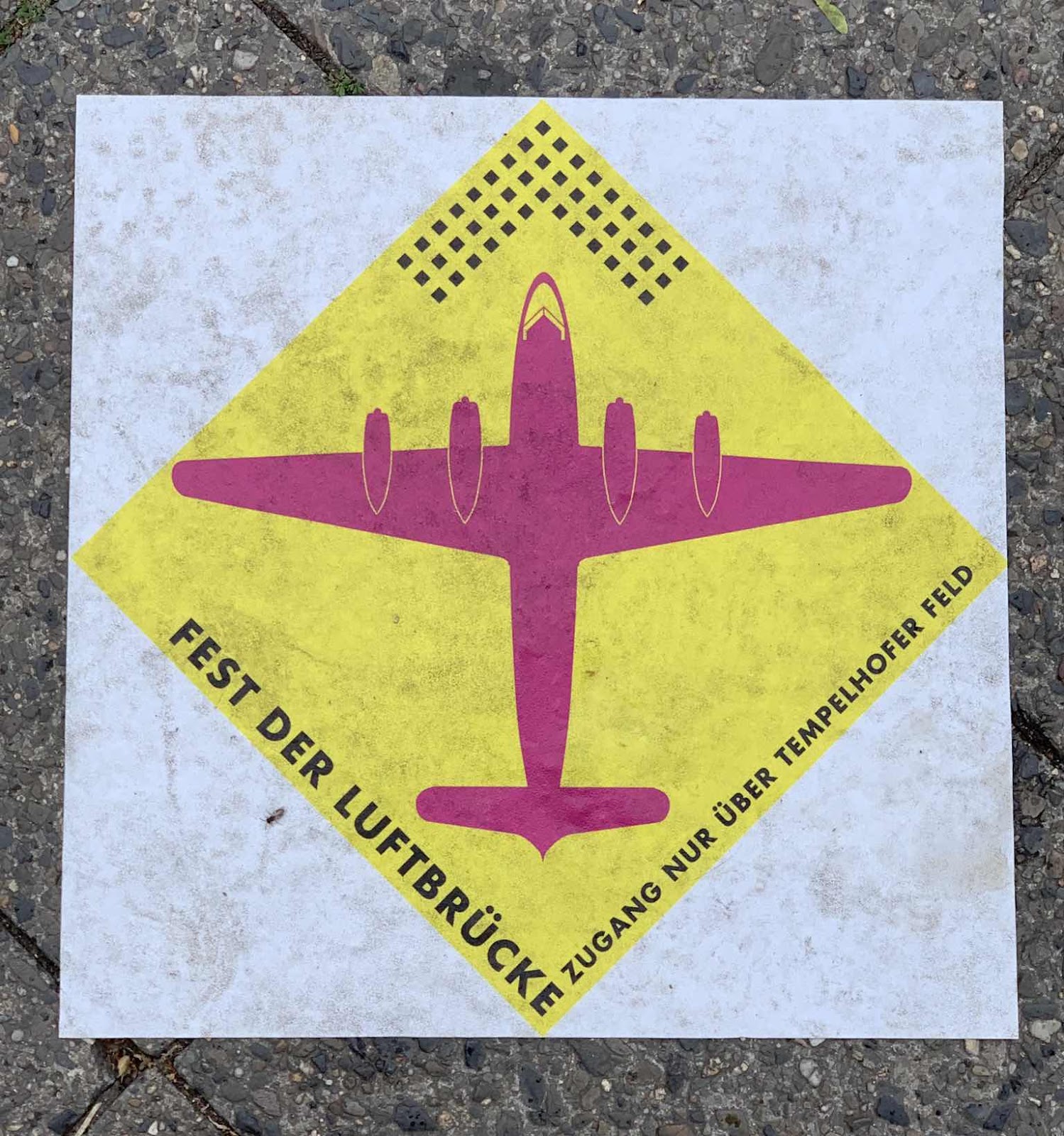 Soon I was at Bier Laden  a relatively new (couple of years) bottle shop and bar. They have six taps for drinking and a huge number of bottles chilled and ready to drink or take away. 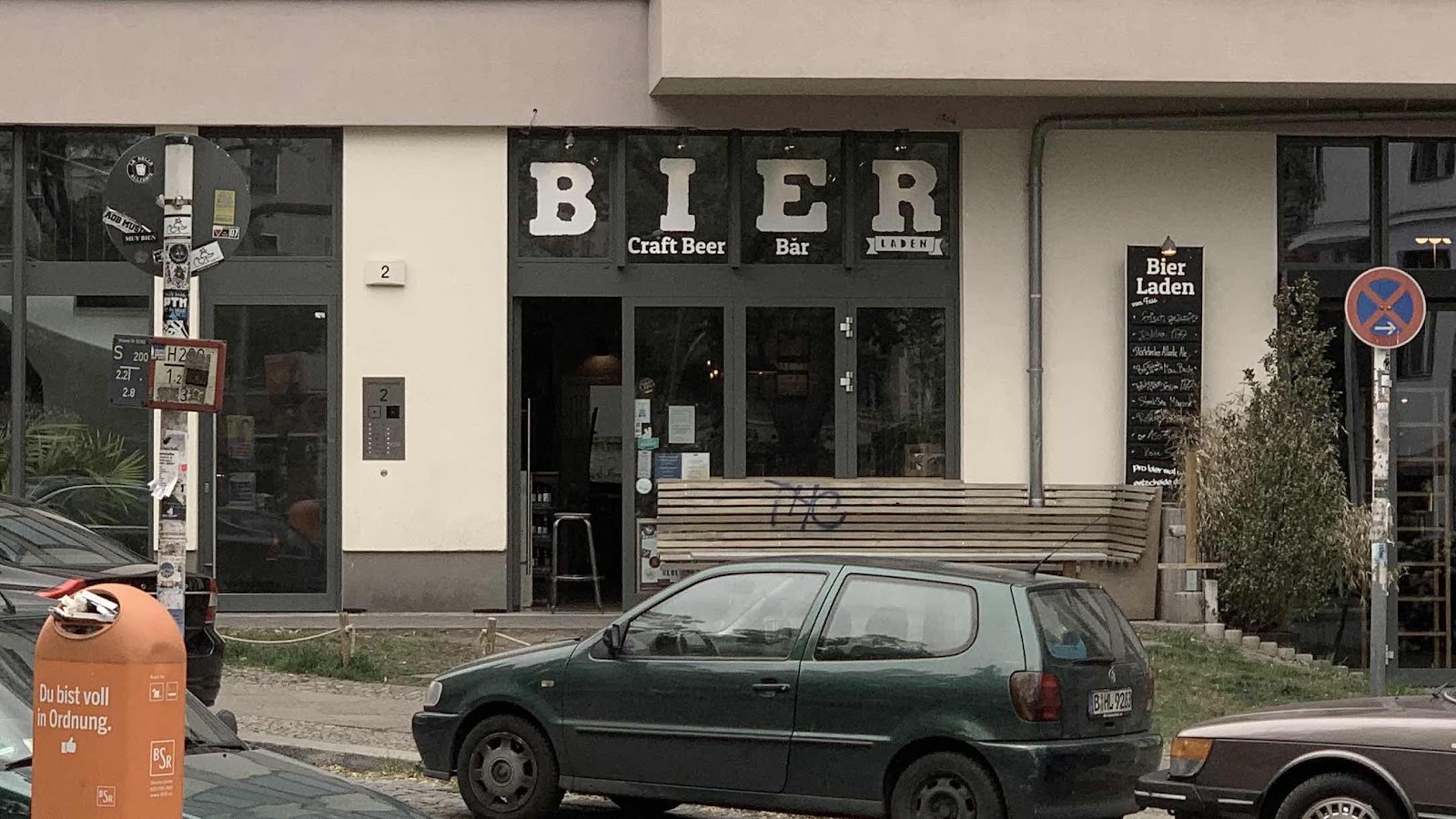 Lots of interesting beers on tap... 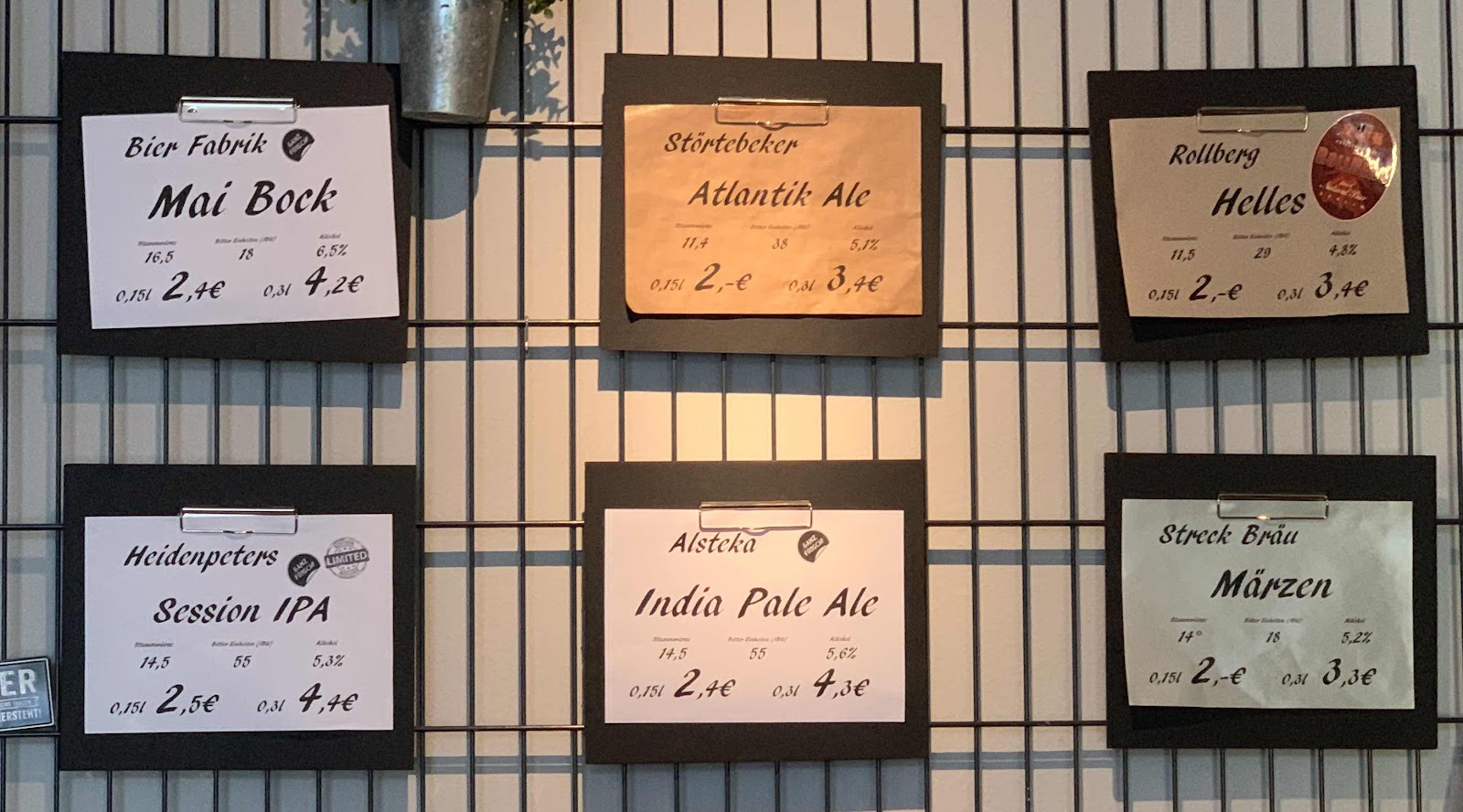 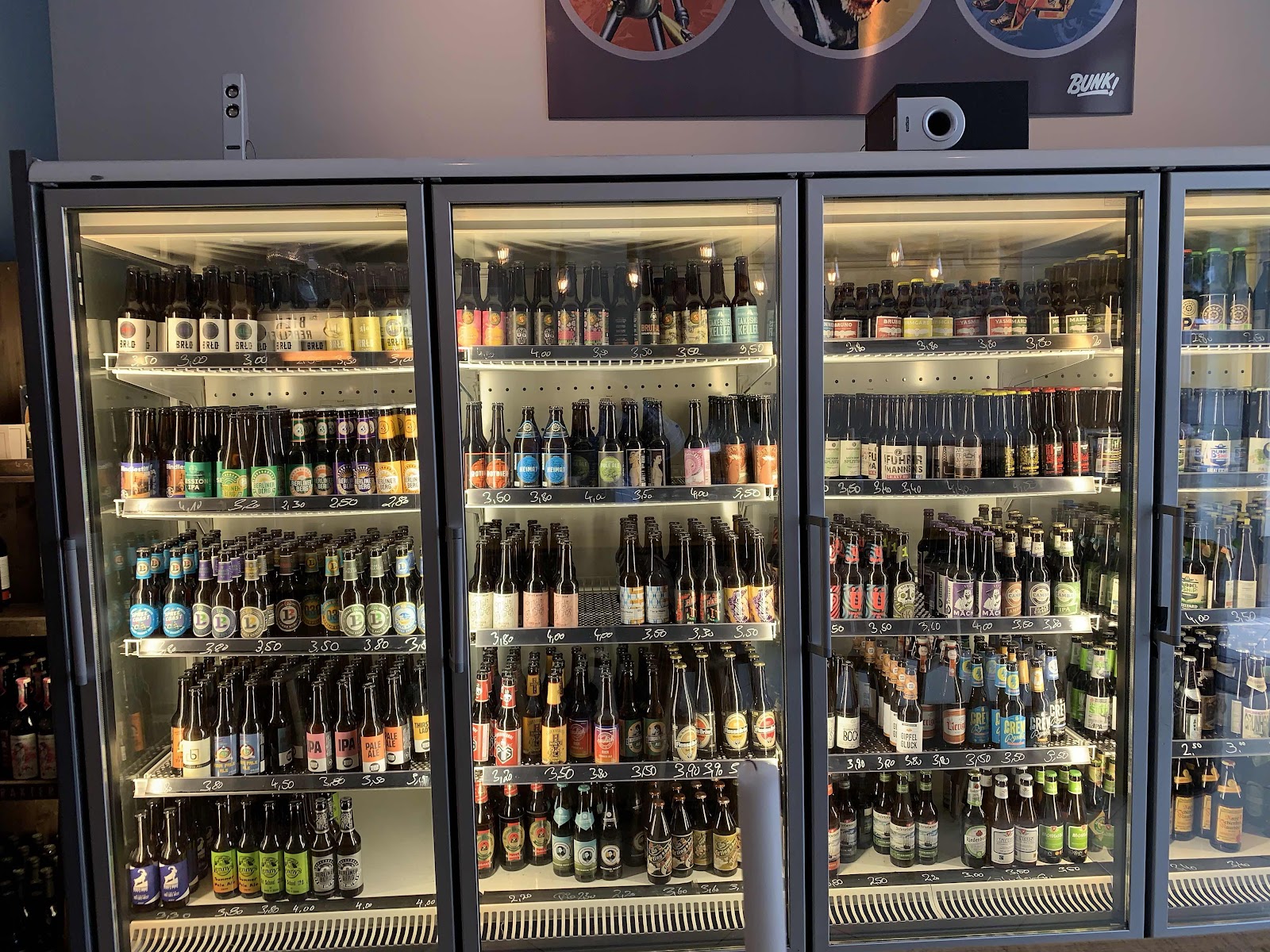 Trying to drink local, I had the Heidenpeters Session IPA (though in the wrong glass) 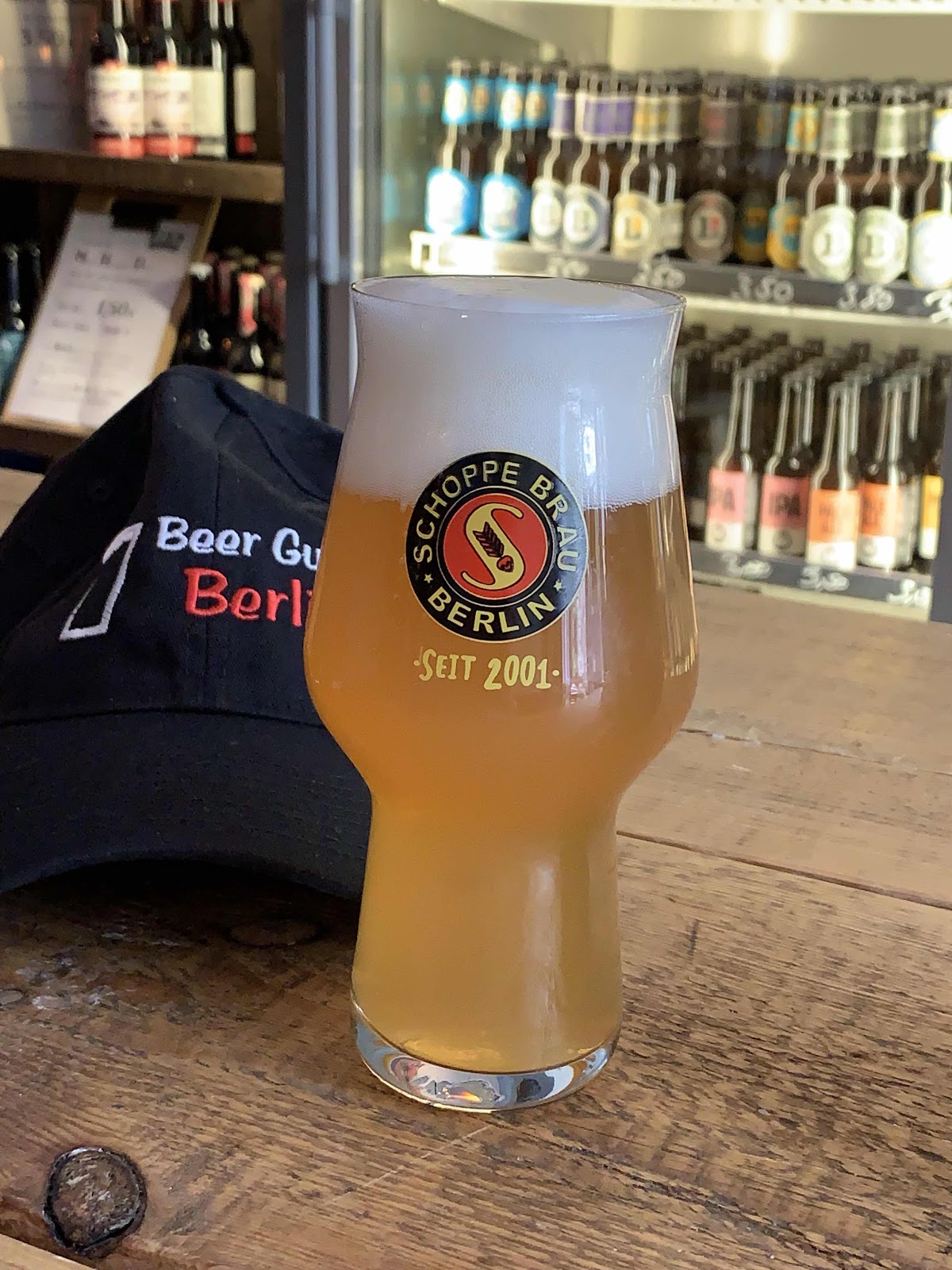 Staying local, I ordered the Rollberg Helles and I was having such a good conversation with the owners that I wasn’t paying attention. When I got back to my table I said “boy this is dark for a Helles” and she said “Oops, I gave you the Streck Bräu Märzen by mistake. So she poured me a sample of the Helles. 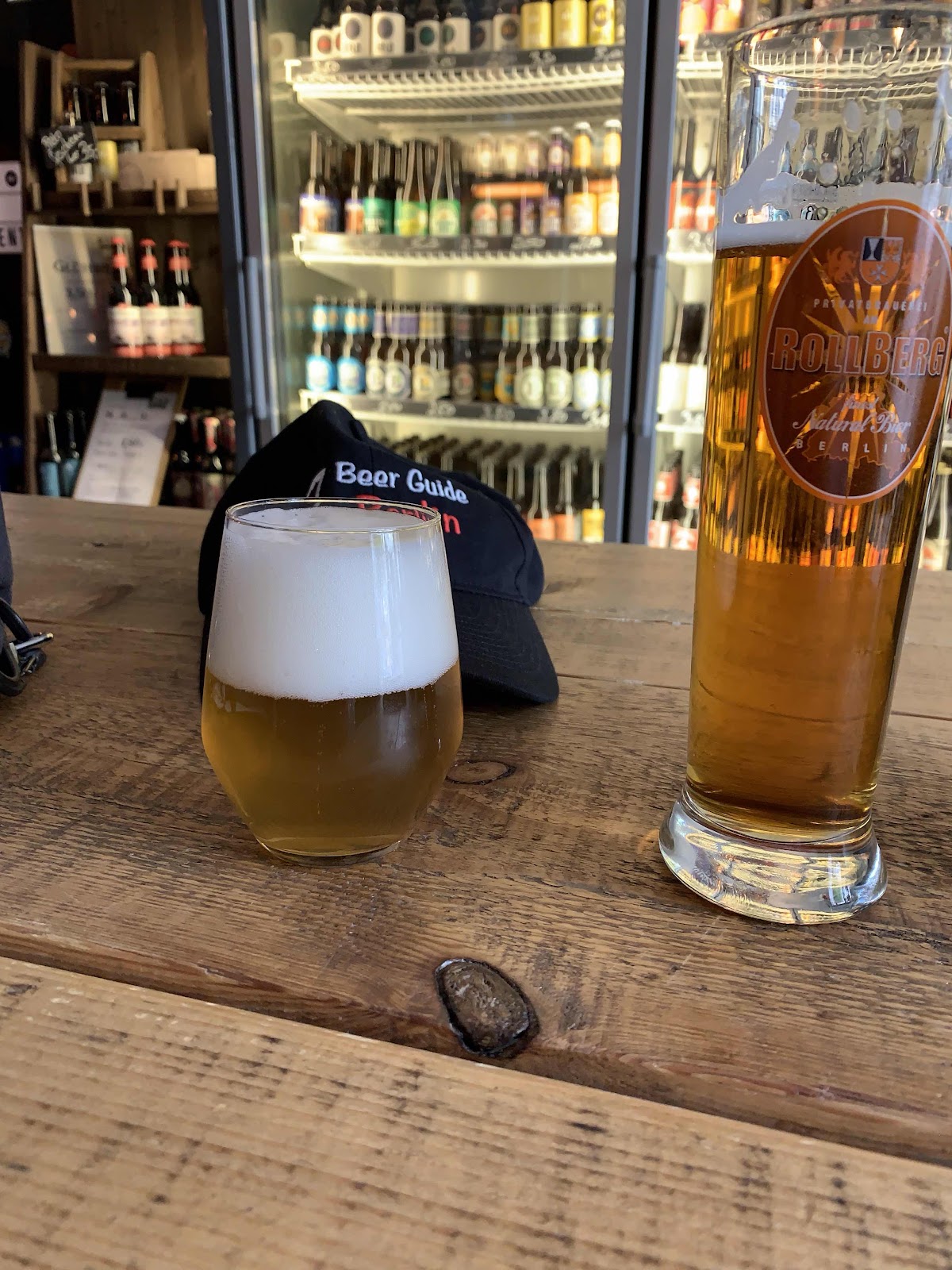 Both were good.  By now it was past time for me to leave to make my 5pm appointment so I finished my beers and headed off.
So here is where Google Maps failed me. In theory a bus from here would take me to where I was going next. Not the most direct route but the simplest. For some reason Google had me take the bus in the wrong direction one stop, get off and take the next bus back in the direction I came. I though maybe some busses took different routes, but no, when the bus finally came — after it started to rain — it went right back the way I just came. And I lost 15 minutes, which was about my margin of error.
The bus line — 248 — I guess has two legs because my bus said the destination was Sudkreuz, which was about half way there. Google told me to remain on the bus as it would now become “Bus 248 destination xxxxx.” Nope. The driver said everybody off, bus ends. I asked were I could get the bus to my stop and he looked confused (could be my German) and then said go back up to the big street we just passed.
At this point I no longer trust Google, so I fire up the local transit authority — BVG — app. It is not as easy as Google Maps but it is their app, it should be correct, no? No. I guess the bus stop had moved and they hadn’t updated the app and I ended up walking a couple blocks the wrong way. And it wasn’t me reading the map wrong — they showed me standing on a bus stop that wasn’t there :(
So I walked a couple of blocks in the other direction and there was my bus stop, with my bus pulling away. Luckily another one was soon along and I ended up being only 40 minutes late to Foersters Feine Biere What I missed was the ceremonial tapping of the first barrel of the opening of their Biergarten.  But luckily there was still beer :) 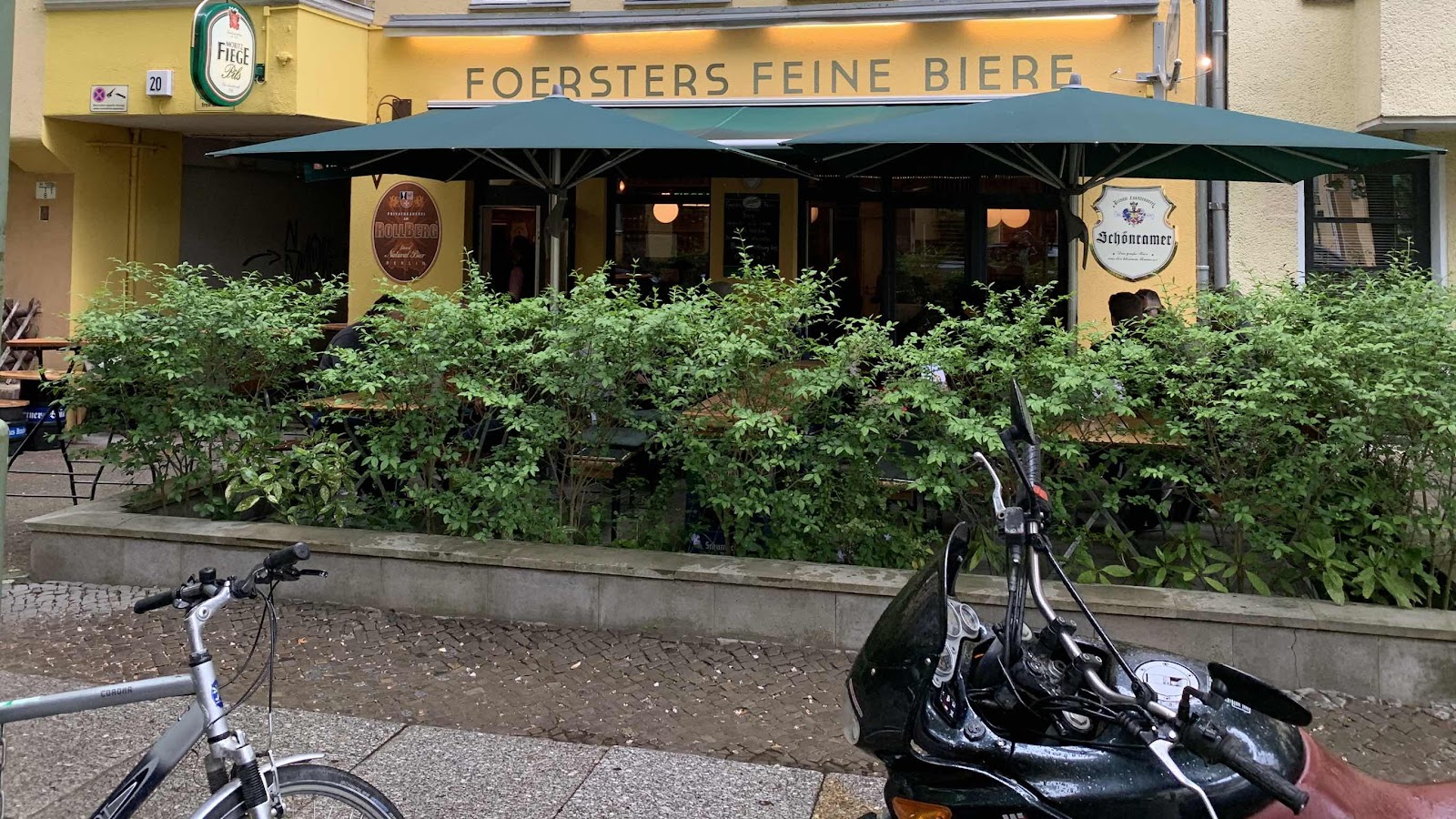 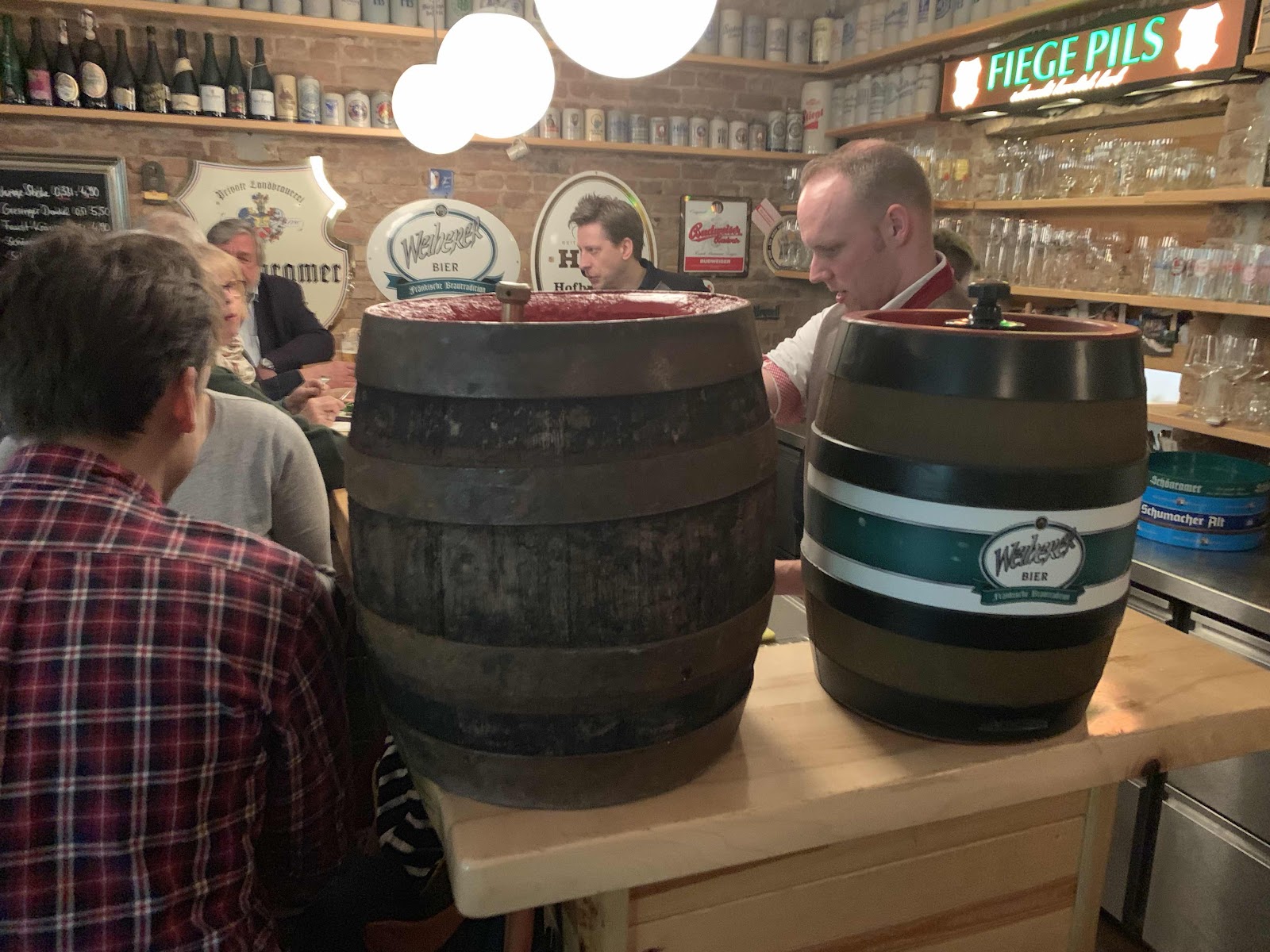 They had three barrels of Franconian beer and six more on keg taps. The big wooden one in the middle of the above picture was my first choice, Schlenkerla Fastenbier. 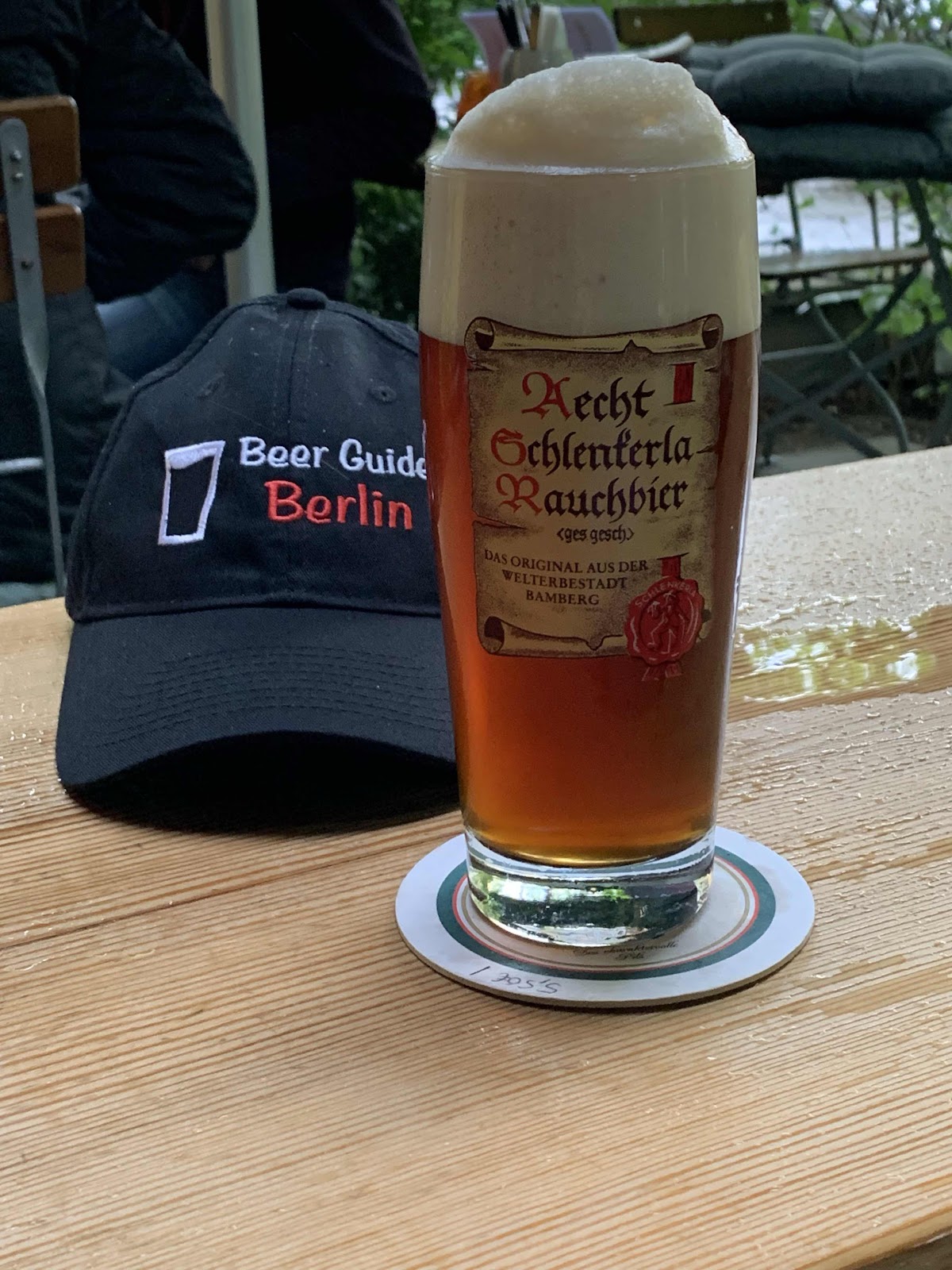 Technically out of season as it is a Lenten beer, but I’m not Catholic so I guess it ok.  It was delicious.  Next up was a Keller Pils from Friedel’s Brauhaus am Kruezberg, the fairly new brewery on top of the big hill near Hallerndorf.  Also very tasty. 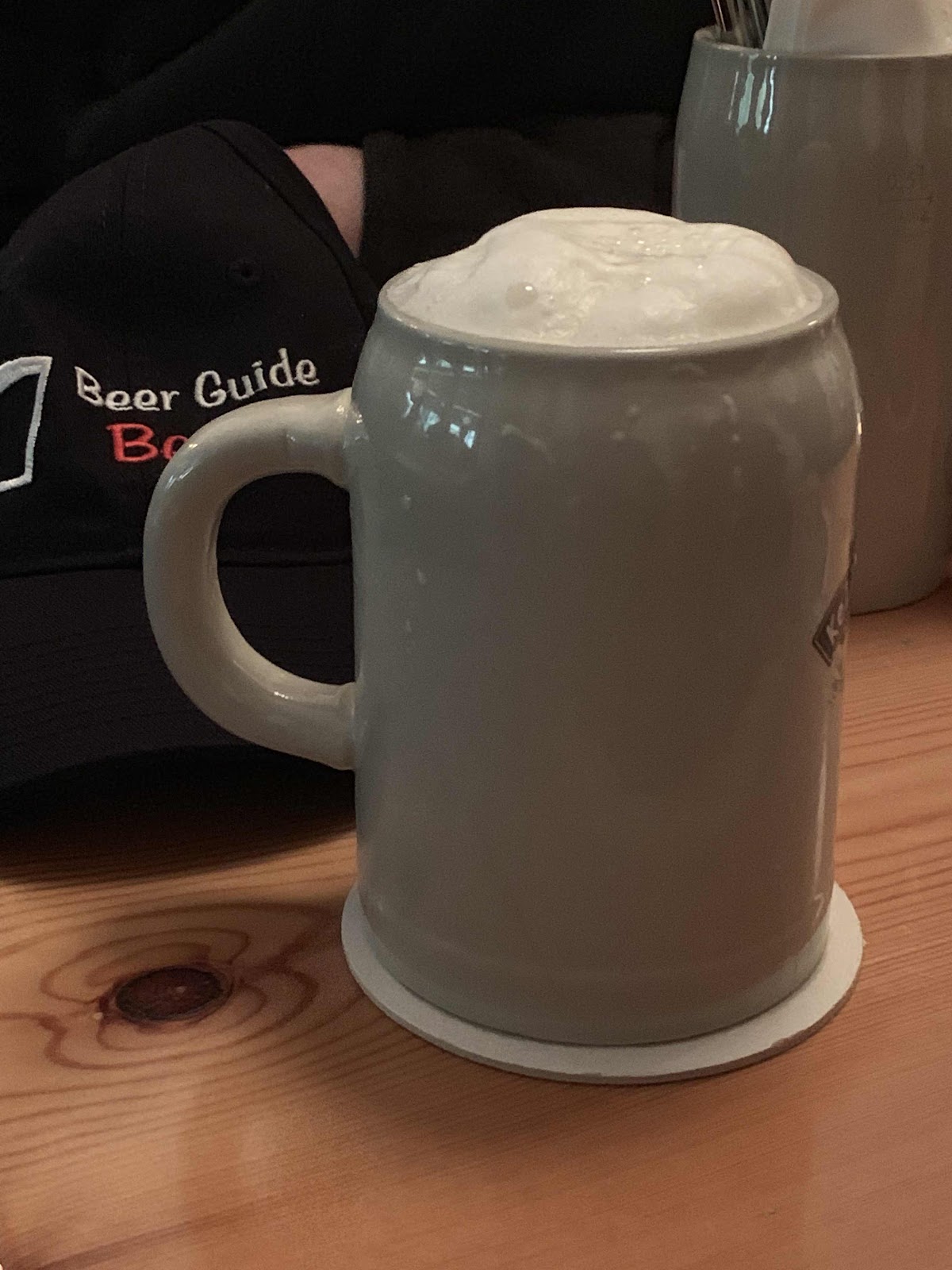 And finishing up I had the Helles from Brauerei Sonne in Bischberg, just north of Bamberg. 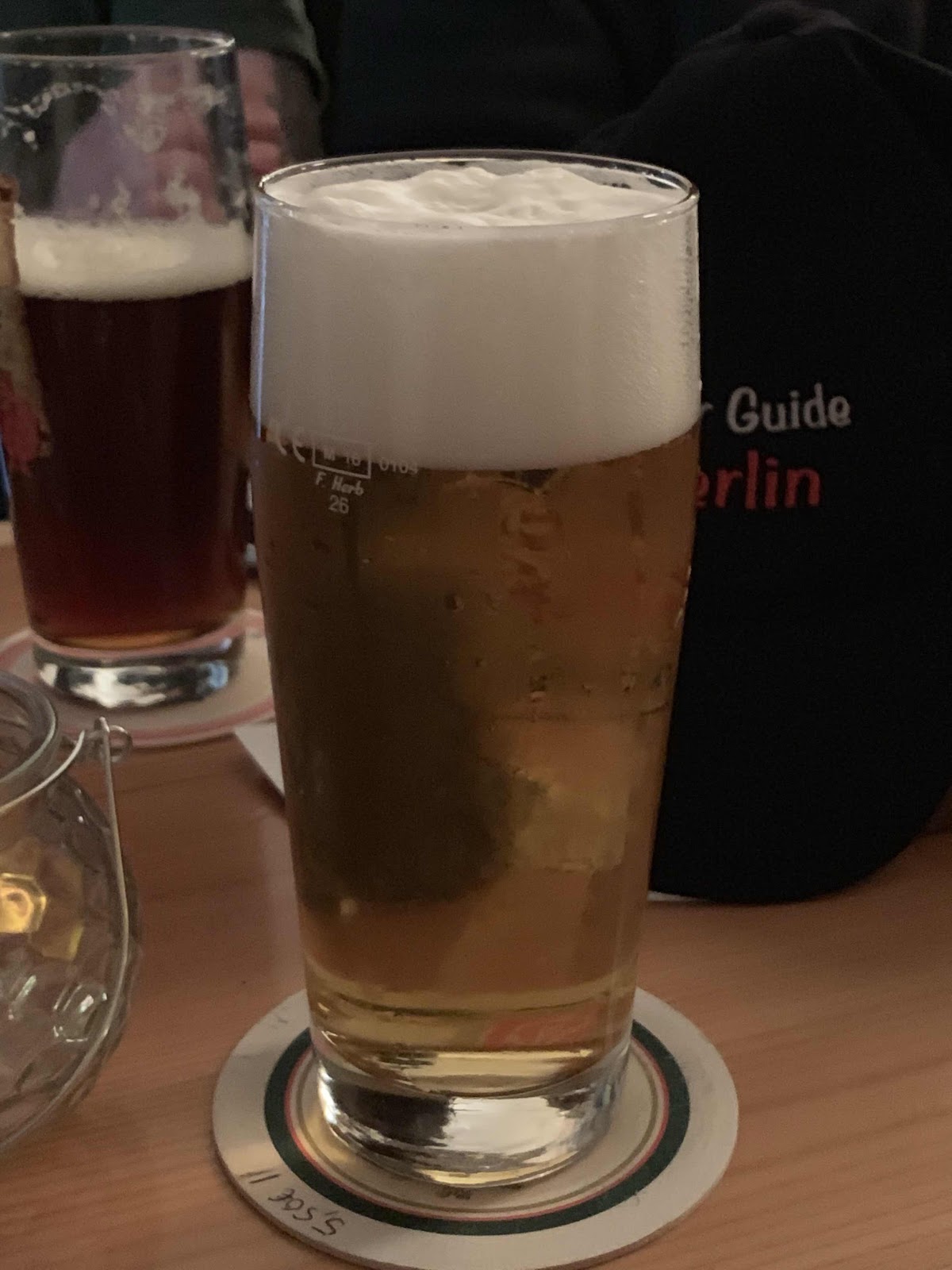 I was very temped to stay and try the others, but it was getting late and it was a long trip back to my hotel. The easiest route was take the S1 Nordbahnhof and switch to a tram that stops around the corner from the hotel. The danger is, the Castle Pub is right at the tram stop. The board said I had 11 minutes to my tram. In theory that would be enough time for a quick beer but as I’m an old (and still a bit jet lagged) fart I passed.
Posted by The Mad Brewer at 1:48 AM

If I found a pub with Fastenbier, Fiege Pils, Schönramer and Weiherer I think I’d never leave!