We had arranged a car service to take us from Prague to Bamberg as the train connections aren't very good. One can take a FlixBus to Nürnberg and then a train but this was much simpler. We used the same service to pick us up at the Prague Airport. We've used www.praguetransport.com since 2009 and can recommend them. Tell them Fred said "hi."
Some nice winter scenes along the way... 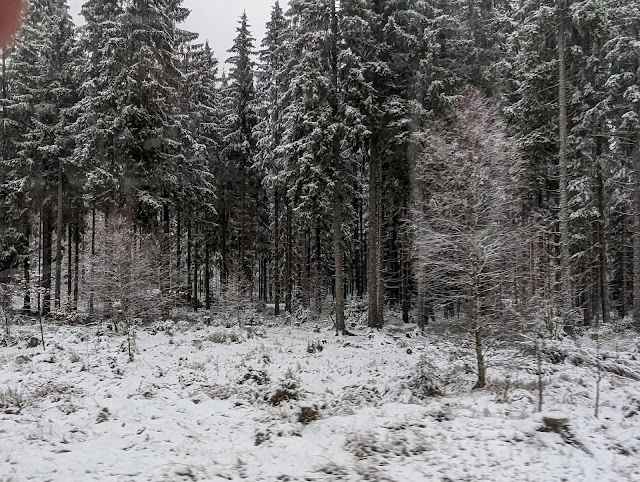 We arrived Brauerei Spezial and soon had our room keys. We dropped our bags and headed back down.
I've waited a long time for this beer. 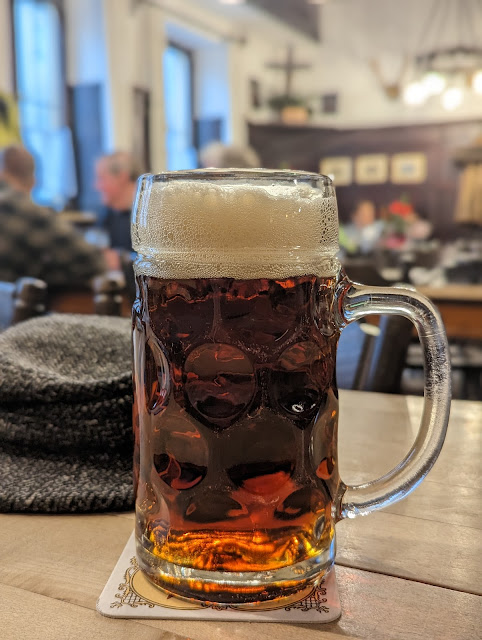 Their Bock was on so it was only polite to try it. 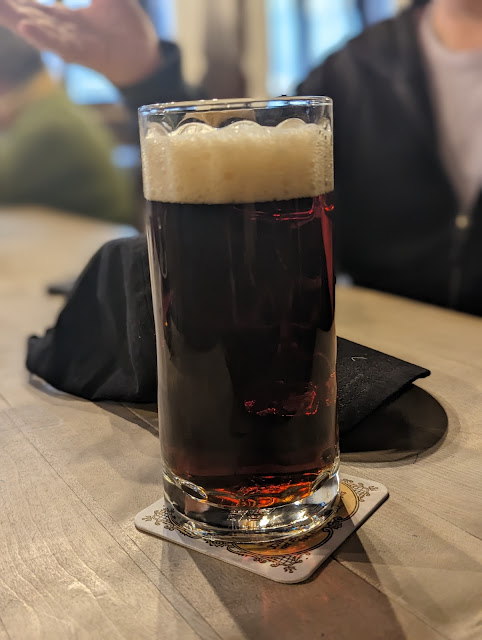 It was good but I found it a bit to sweet to want to many of them. For those interested it cost €1 more than the the Lagerbier. 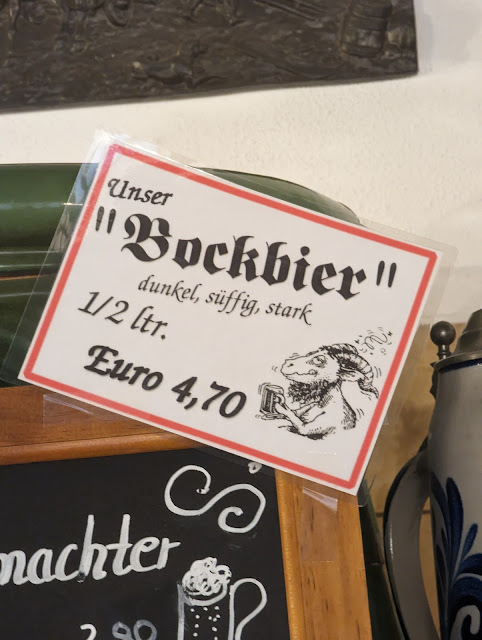 So I went back to the Lagerbier. Again again and again. 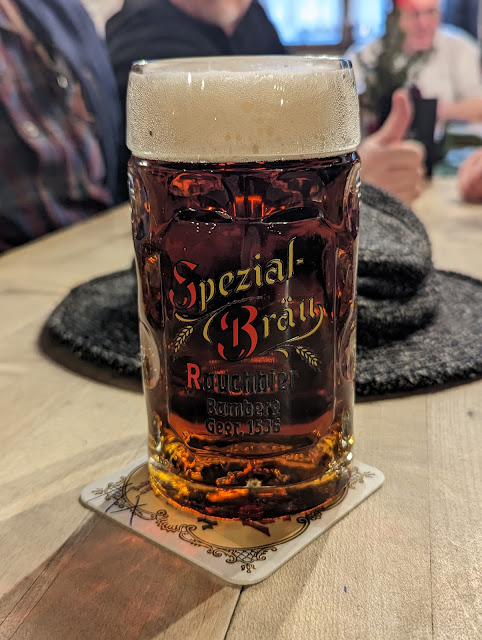 Soon it was dinner time and Schäuferla was on the menu. 'Nuf said. 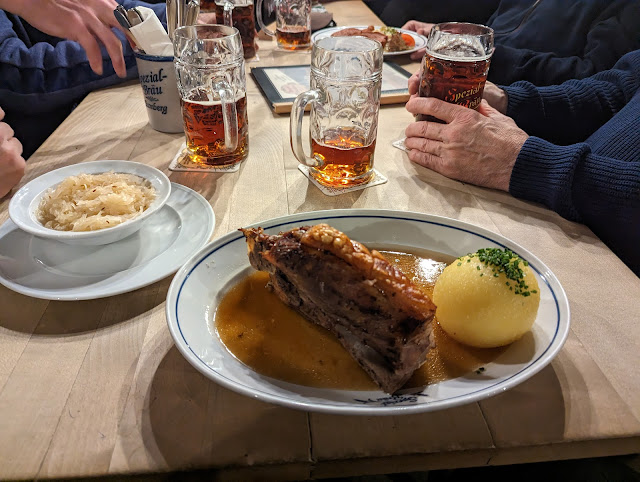 It took a while but my mission was accomplished. My friend Frank has a neighbor with a puppy and Uncle Frank will be popular tonight. 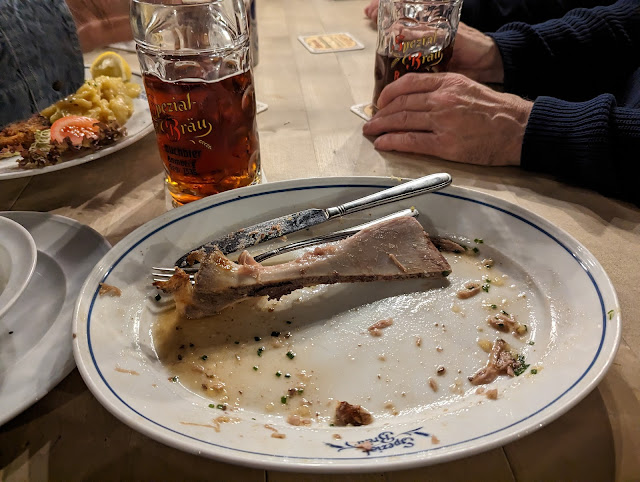 A few more beers were consumed and we decided to walk down to the Christmas Market. In the back corner there is a stand that sells hot Liefmans Glühkriek.  It is a tradition when we visit Bamberg in December to have one. I"m not one to break with tradition. 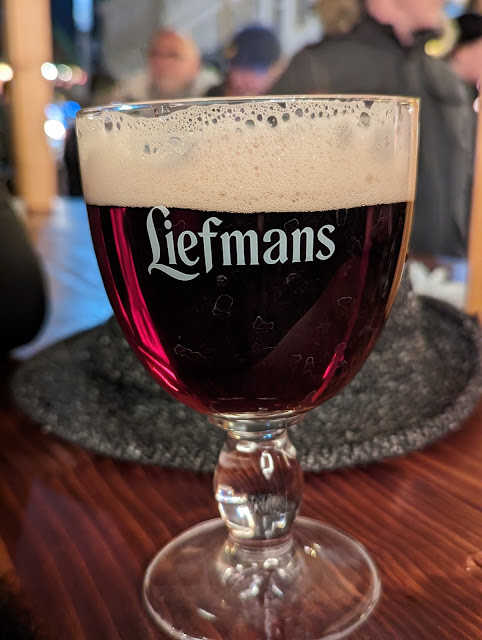 With that I called it a night to rest up for a big day tomorrow.

Never been to Bamberg in the Winter. How busy is it Fred?