Ha! Fooled you with the title, didn't I.

We took the scenic route down to Nusle and Pivovar Bašta for lunch and beers. 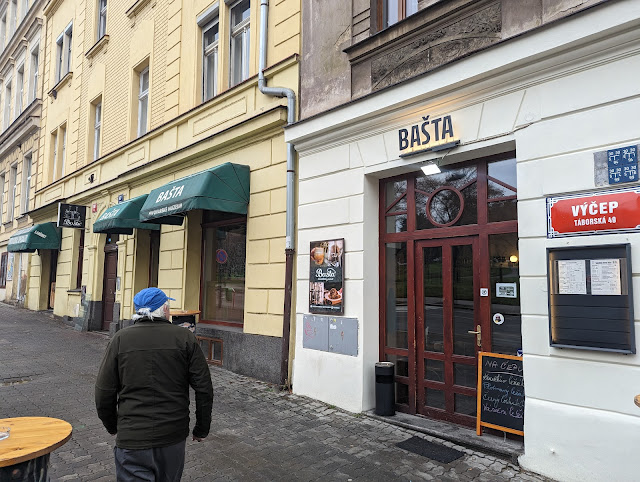 The waiter was very friendly and suggested we start off with the Světlý Ležák, so we did. 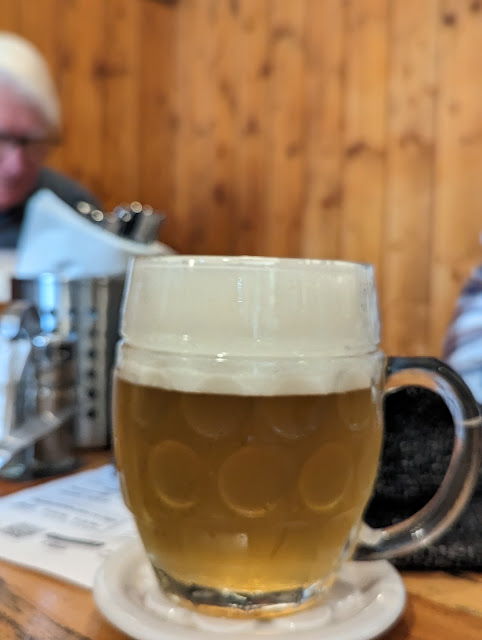 A nice beer, clean and refreshing. They had four of their beers on tap, plus Kasteel Rouge. 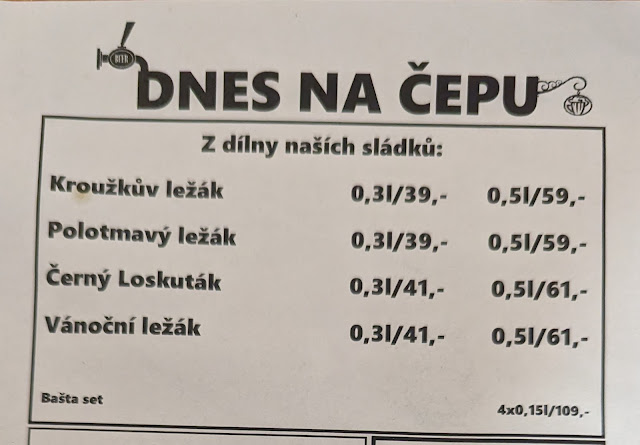 The food menu was in Czech and he offered to translate but saw we all had our phones out and said to ask him if we had questions, Google Translate did a good job except there was one dish where something was smoked but we had no idea of what was smoked. Turned out to be pork, which would have been my guess.
They are famous for the duck so I ordered the 1/4 duck stuffed with potato pancakes and sauerkraut. 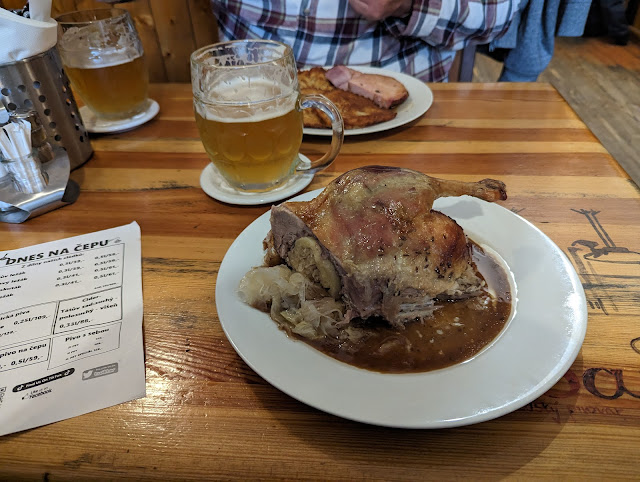 I didn't recognize the word on the last beer on the list and it turns out it was their Christmas Lager. Their regular lager with gingerbread. Sounded interesting so I ordered one but out of an abundance of caution, made it a small. 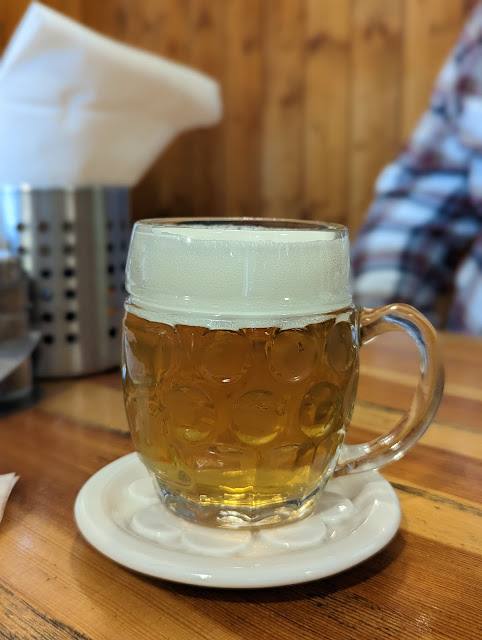 It was quite enjoyable but .3l was the perfect serving size.
We finished up and walk over to a tram stop and waited for a tram. Regular (beer) visitors to Prague will know where we are going when they see this... 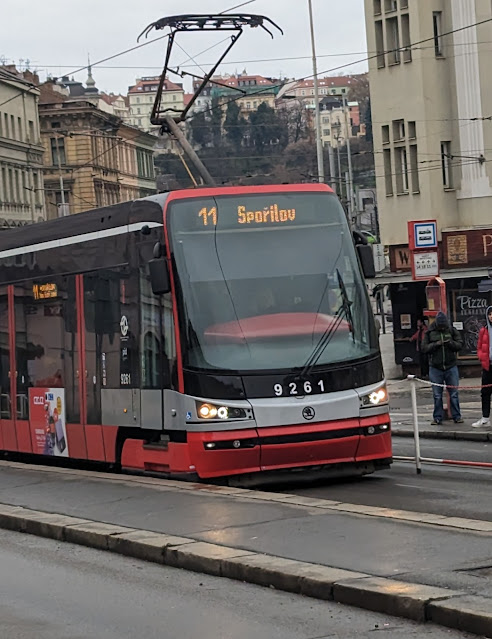 První Pivní Tramway is at the literal end of trams 11 and 14. the Spořilov tram station. 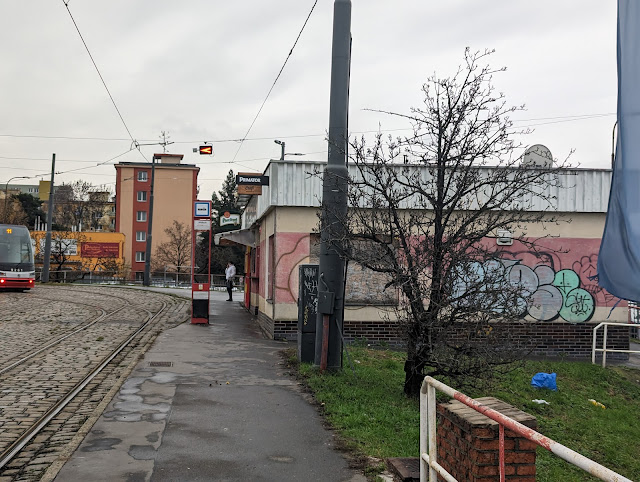 It was just after two (their posted opening time) but there was a sign on the door that said "open 15:30" so we would have to wait about an hour and a half. This happened to me once before and when I came back at the time they still weren't opened. They also post the beer menu on a chalk board outside. There wasn't anything listed that I was all that excited about. So we decided to move on and discuss coming back.
I dug out my handy Prague Beer Guide app and searched for pubs along tram line 14 and came up with Mrtvá Ryba, a student pub near Charles University. 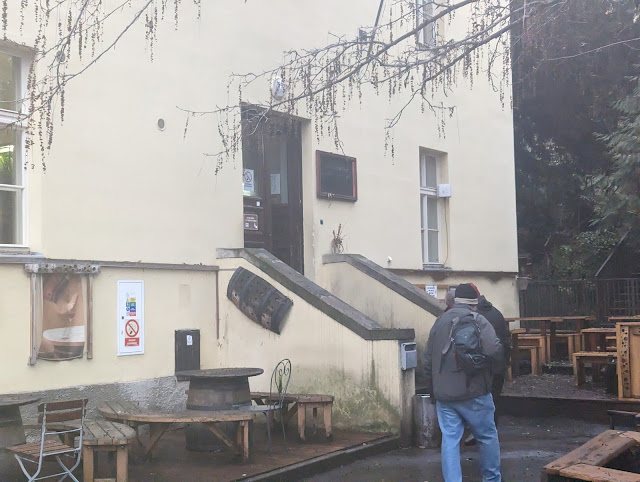 It is not well marked from both the street and once you enter the courtyard.
It was fairly full but two young scholars offered to switch tables as they were sitting at a large table. "Are you professors?" one asked.  Not a bad question as we were at least double and in some cases triple the ages of the other patrons. "No,' I replied, "just beer tourists." They were amazed that anybody but students knew about "their" pub.
I ordered the Kamenice 12º -- they have a lot of Kamenice beers. 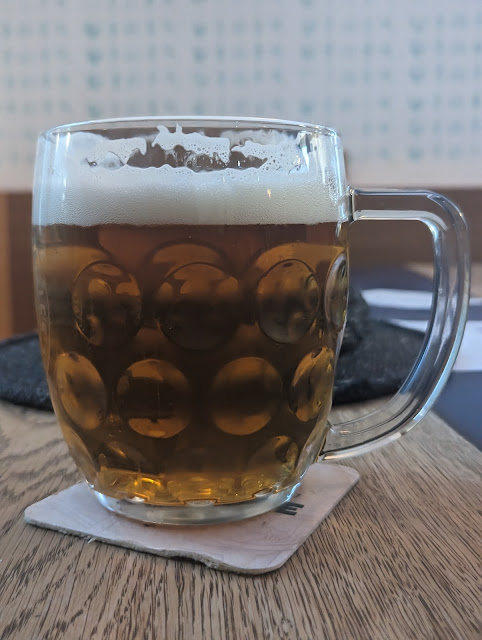 The "professors" getting their beers... 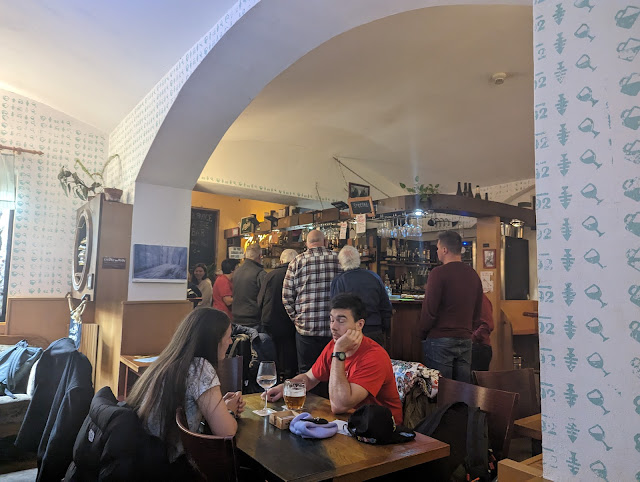 My brother had the Koubek 11º Ale (brewed by Kamenice) and it was good too, clean and crisp and nicely hoppy. 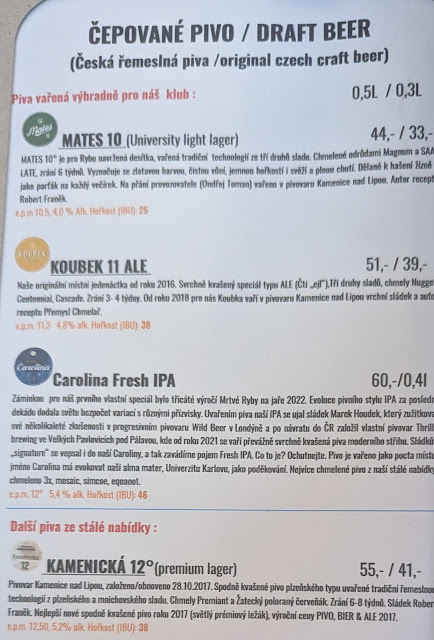 We lingered over I our beers and decided not to go back to the tramway but to adjourn for the afternoon and meet again for your final session at the Hostomice taproom. There was Christmas markets to visit.
We had reserved a table but it was a bit of a tight squeeze. We all order the Fabian 10º to start off. Man, is this a good beer, and at Kč 37 (less than US$2) it is a good deal. Works out to 1.25 Staropramens and I'd rather drink one Fabian 10º than 1.25 Staropramen Smichov 11º 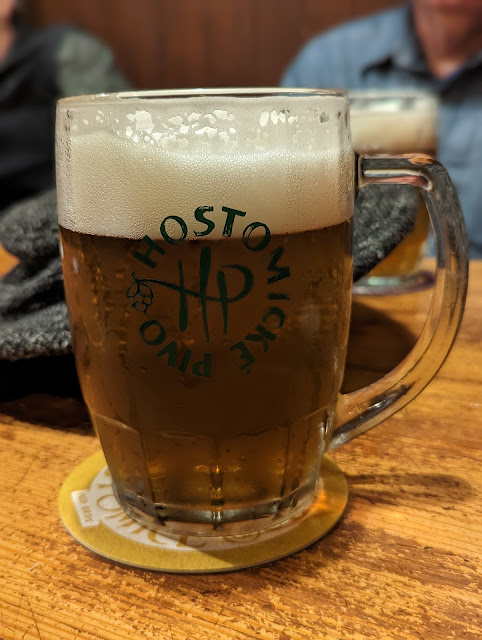 I had a big lunch but I needed a bite to eat, so I ordered Utopenec -- pickled sausage with onions and bread. Just what I needed. 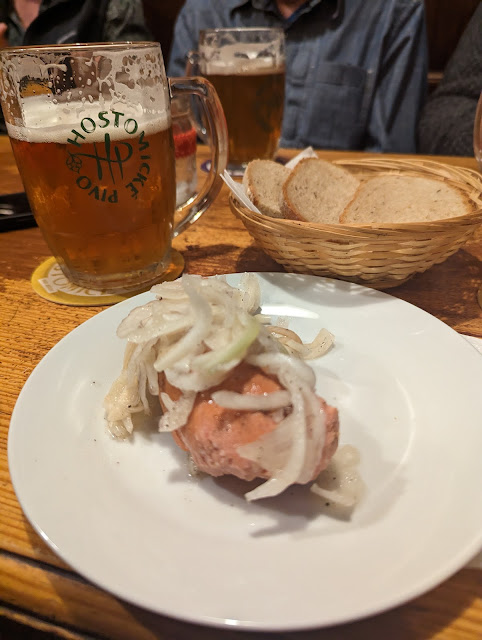 I moved onto the 12º while some jumped directly to the bock. The 12º seemed really malty at first after the 10º but was delicious. 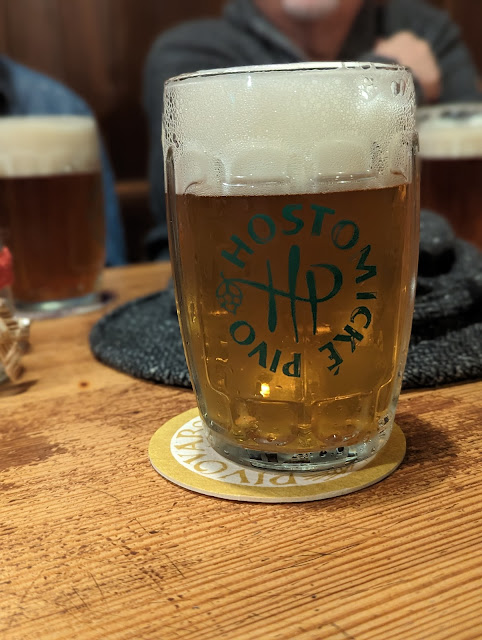 Then came the 16º bock. I like it, but one is enough. A couple had had the OSSEG bock the night before and thought that was better. 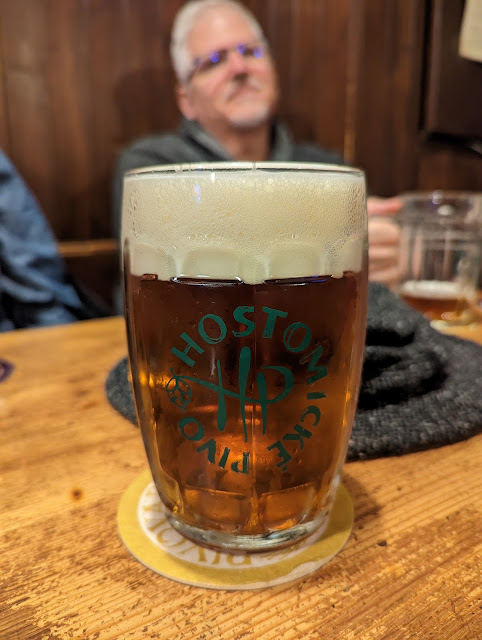 We had one final toast of Becherovka to say farewell. 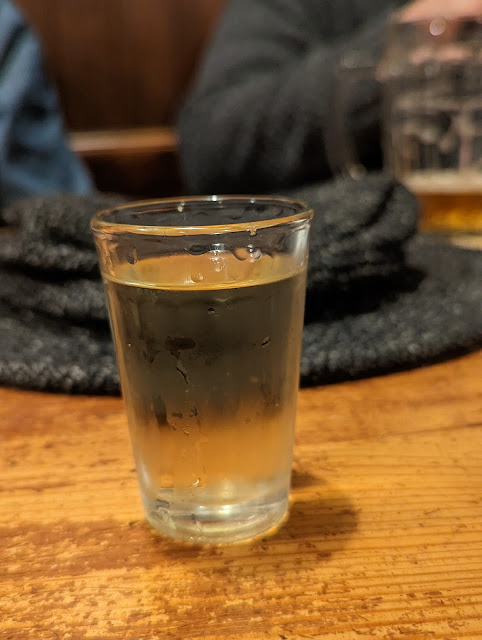 Mission completed, off to Bamberg in the morning. 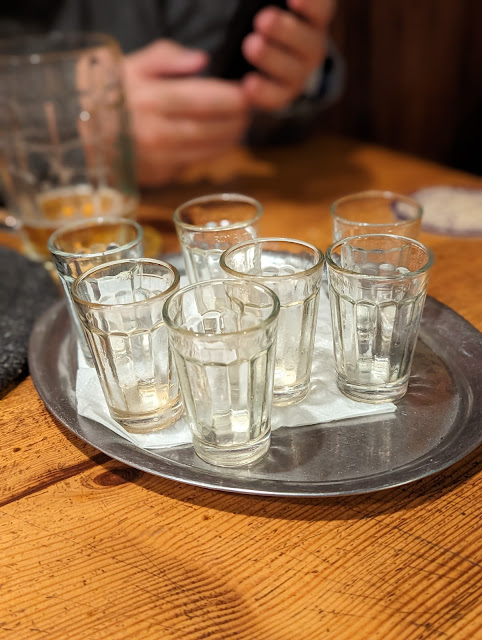