Sunday ended up being a bit of a rest day. Doing laundry, some shopping at the Christmas markets, catching up on naps.
We did gather at Spezial for lunch. First course was typical... 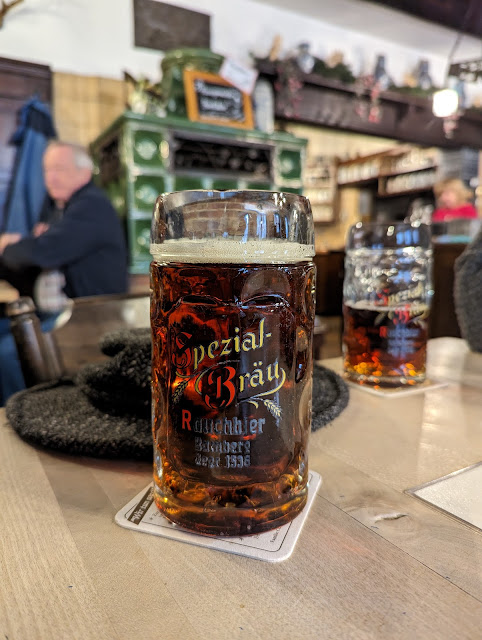 They had sea trout on the menu, which sounded good. Didn't expect it to be battered and friend but it was delicious. 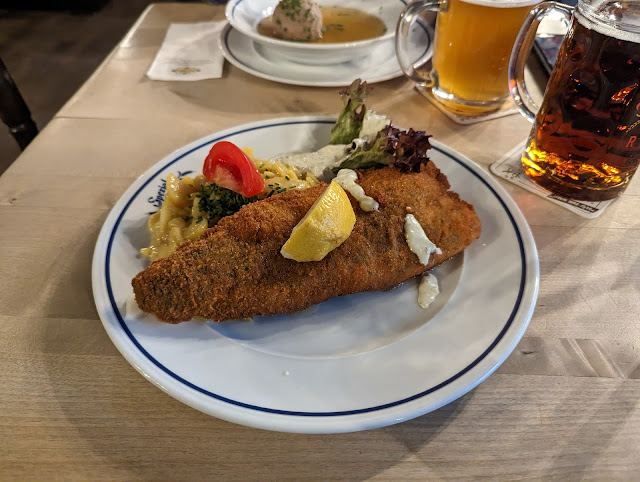 I decided to have a liquid dessert, which strangely enough, tasted a lot like my appetizer. 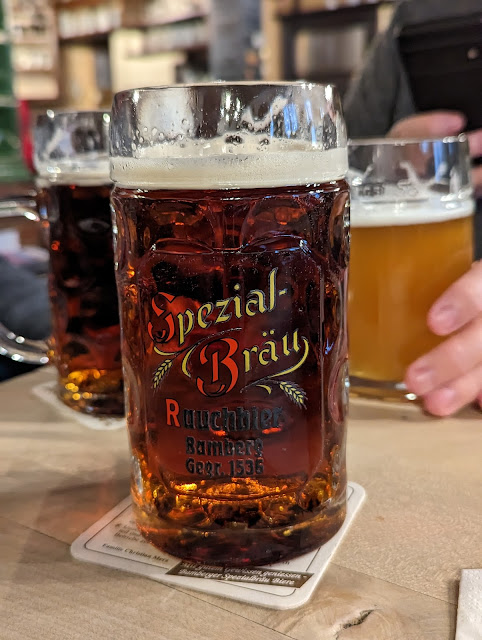 We had reserved a table at 6pm but by 5:30 I was a bit bored so I headed down and found most of the gang a beer ahead of me. 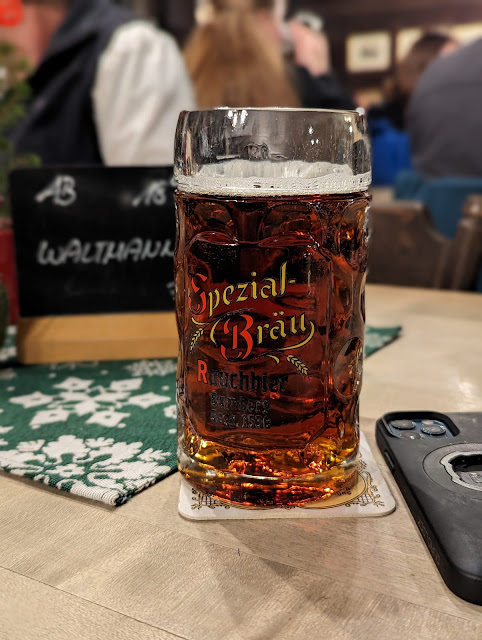 After dithering a bit I went with an old favorite, Schnitzel Cordon Bleu 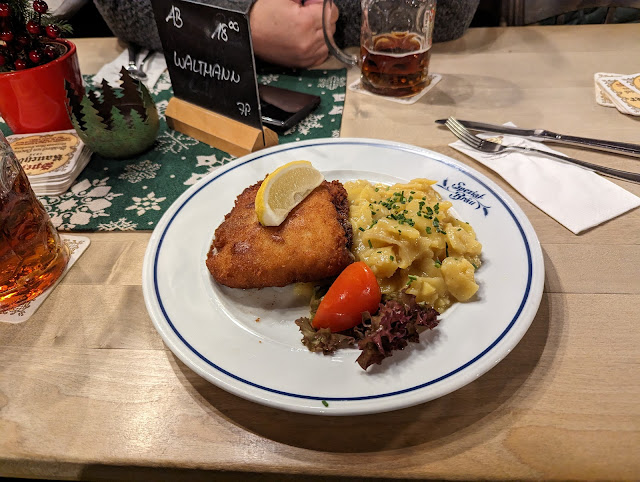 After a few more beers we called it a night as we had an early-ish train in the morning., But first we had a round of Sieben Hügel, the local herbal liqueur as our farewell to Bamberg 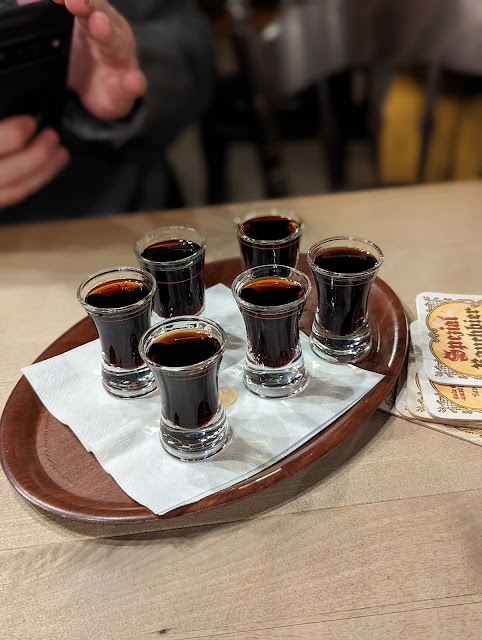