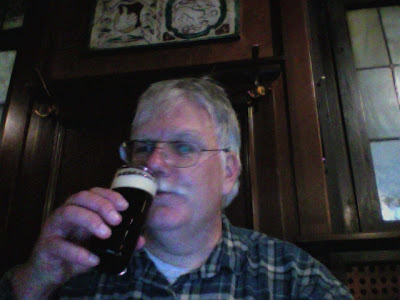 I feared for the worse when the conductor told us that our train was ending in Cologne. But As we got off, on the platform opposite was our replacement train. We ended up being only about 2 minutes late into Düsseldorf.

The hotel, Hotel Niku, is about a fifteen minute walk from the train station. As expected, my room wasn't ready (there is a big trade show in town and reasonable hotel rooms are hard to find). I asked if there was somewhere I could change clothes and I was directed to a bathroom. A four foot square bathroom. If there was a hidden webcam, I have no doubt my gyrations would be a big hit on YouTube. Or Not.

Of course, by the time I got changed and transfered all my electronics (which I didn't want to leave laying around) to my daypack, the receptionist told me the person in my room had just checked out and I could store my bag there. The room is modern and nice, but not a whole lot bigger than that bathroom. 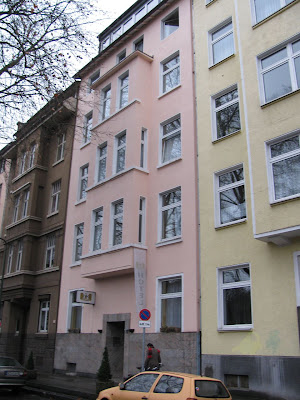 Hotel Niku, Düsseldorf
About four blocks from the hotel is a tram line that runs right to the Altstadt. Fifteen minutes later I had a beer and a bowl or hearty goulash soup. Life is good. At least until the jet lag hits. 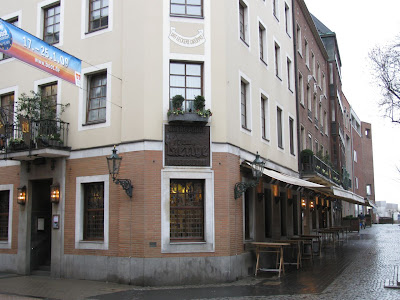 Obergäriges Hausbrauerei zum Uerige
I thought I would wander over across the Rhine to Oberkassel to see what is going on at the old Gatz brewpub at Belsonplatz. Details to follow...
Posted by The Mad Brewer at 1:48 AM