With my internet problems some pictures for now. More details later....

This is a brewpub in a former public swimming pool. Very interesting design inside. 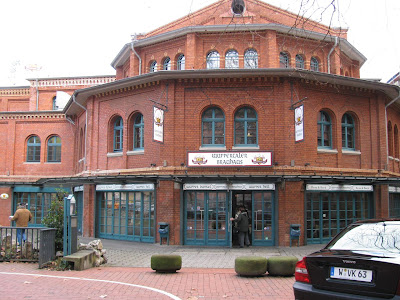 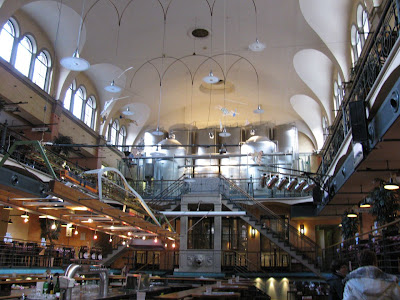 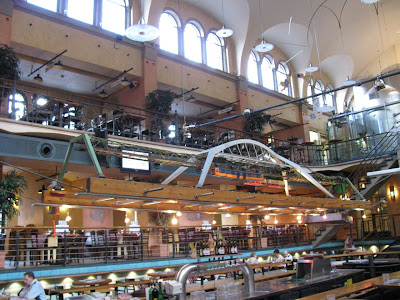 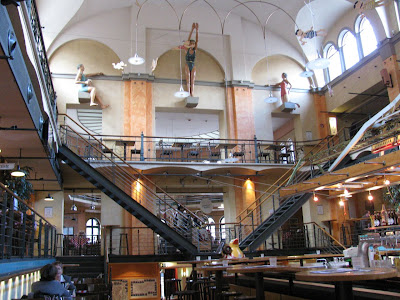 They had two beers on draft -- Hell and Dunkel. They also do seasonal beers, but it was between seasons so two beers were all they had. Both beers were very clean and well made. The Dunkel has a very malty finish, but is not too sweet, as some have been on this trip. The Hell is unfiltered and smooth. I think it needs more hops -- and that is not just my West Coast pallet talking -- but it is a very nice beer. Later, when talking to the brewer he implied he might like more bitterness as well, but his customers didn't go for that, plus he was a little worried about adding more hops as the yeast provides some bite as well. 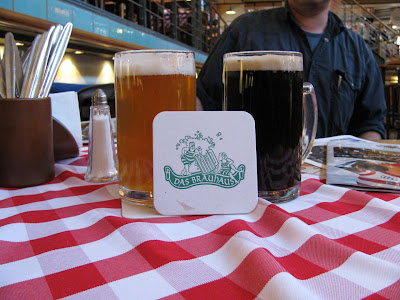