Different weather apps/websites were forecasting different probabilities of rain but we decided to risk it and ride down to Stiebarlimbach and Roppelt’s Keller. Some beautiful scenery as well as we rode up the Regnitz and Rhine-Danube canal. 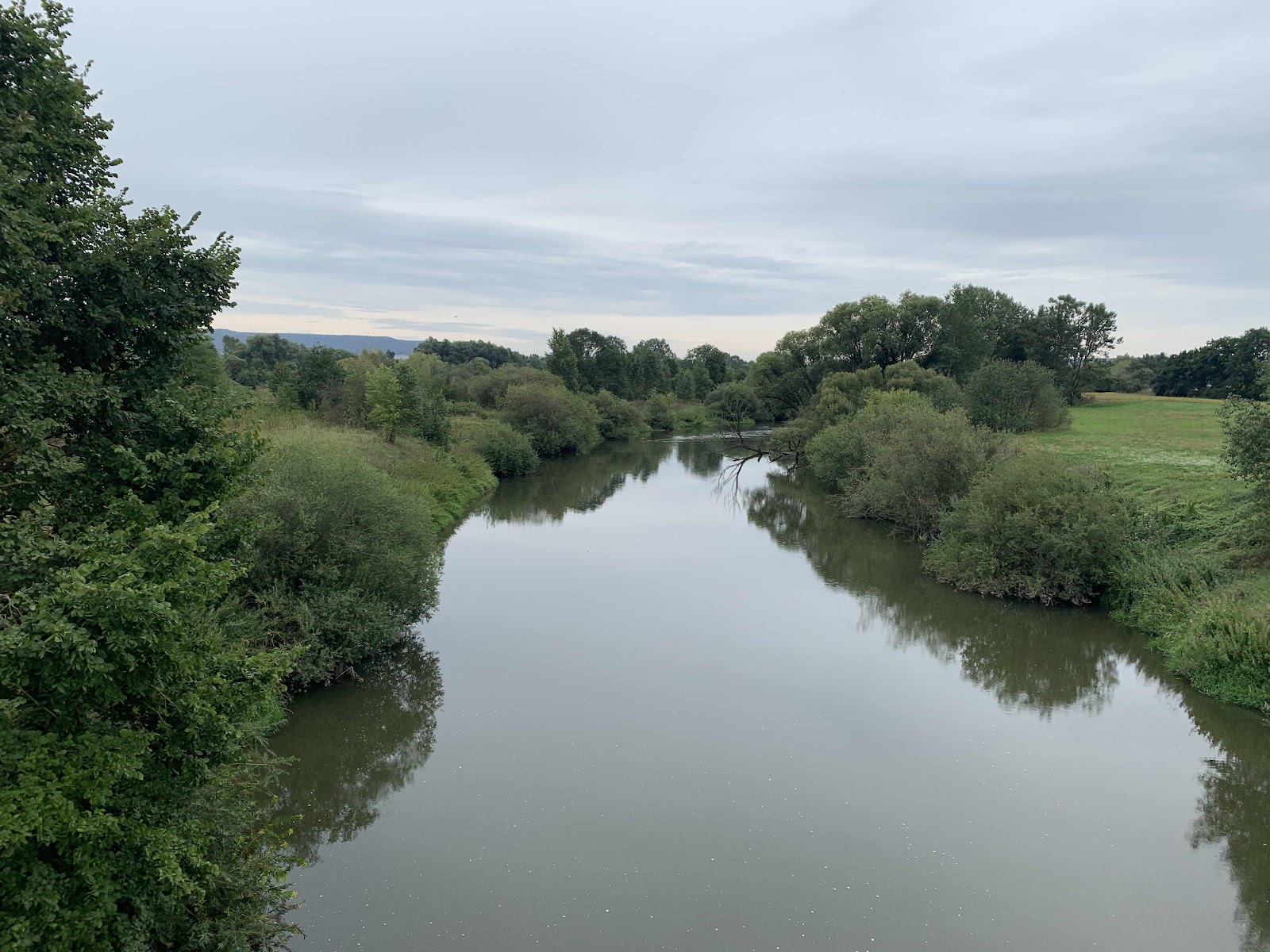 After about 15km we took a short detour inland to the village of Schlammersdorf, home of Brauerei Witzgall. 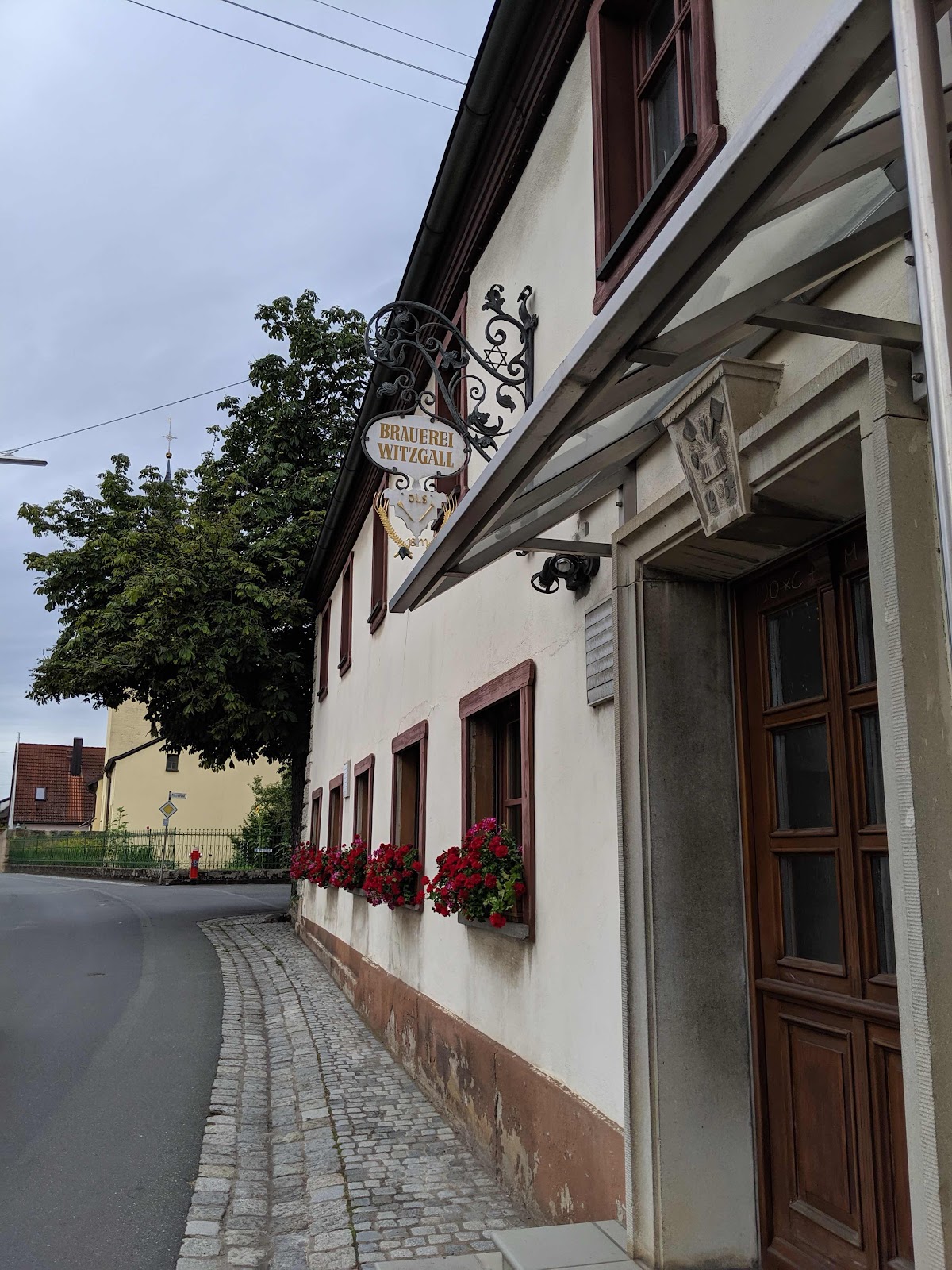 This is one of my favorite Franconian beers. From the front it looks like they are closed, but around the back they have courtyard and a few tables and were serving their wonderful lager. 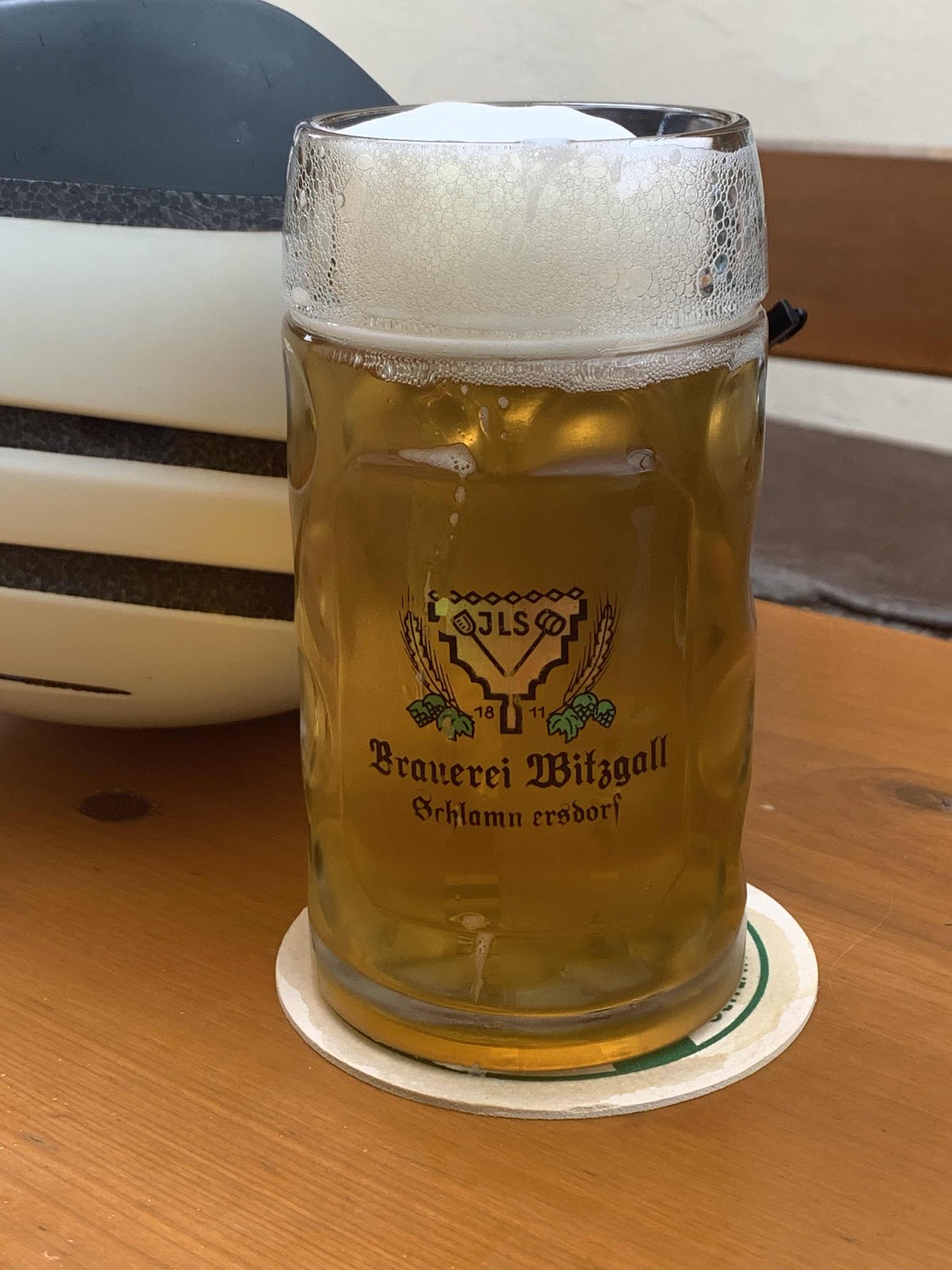 Luckily we were in the covered part of the courtyard as it stated to rain. We didn’t want to ride in the rain so we had another beer. When the rain and beer were finished, we though about using the excuse it was too sunny to ride, but didn’t and headed out.
We stopped in Hallendorf at Lieberth’s Dorfkeller — which I thought opened at noon on Saturday but I was mistaken and they were not yet open. So we rode on to Stiebarlimbach.

Roppelt’s Keller is one of my favorites. The beer is good but on itself not really worth the ride (for me, for others it is like going to the corner brewery) but setting is so idyllic 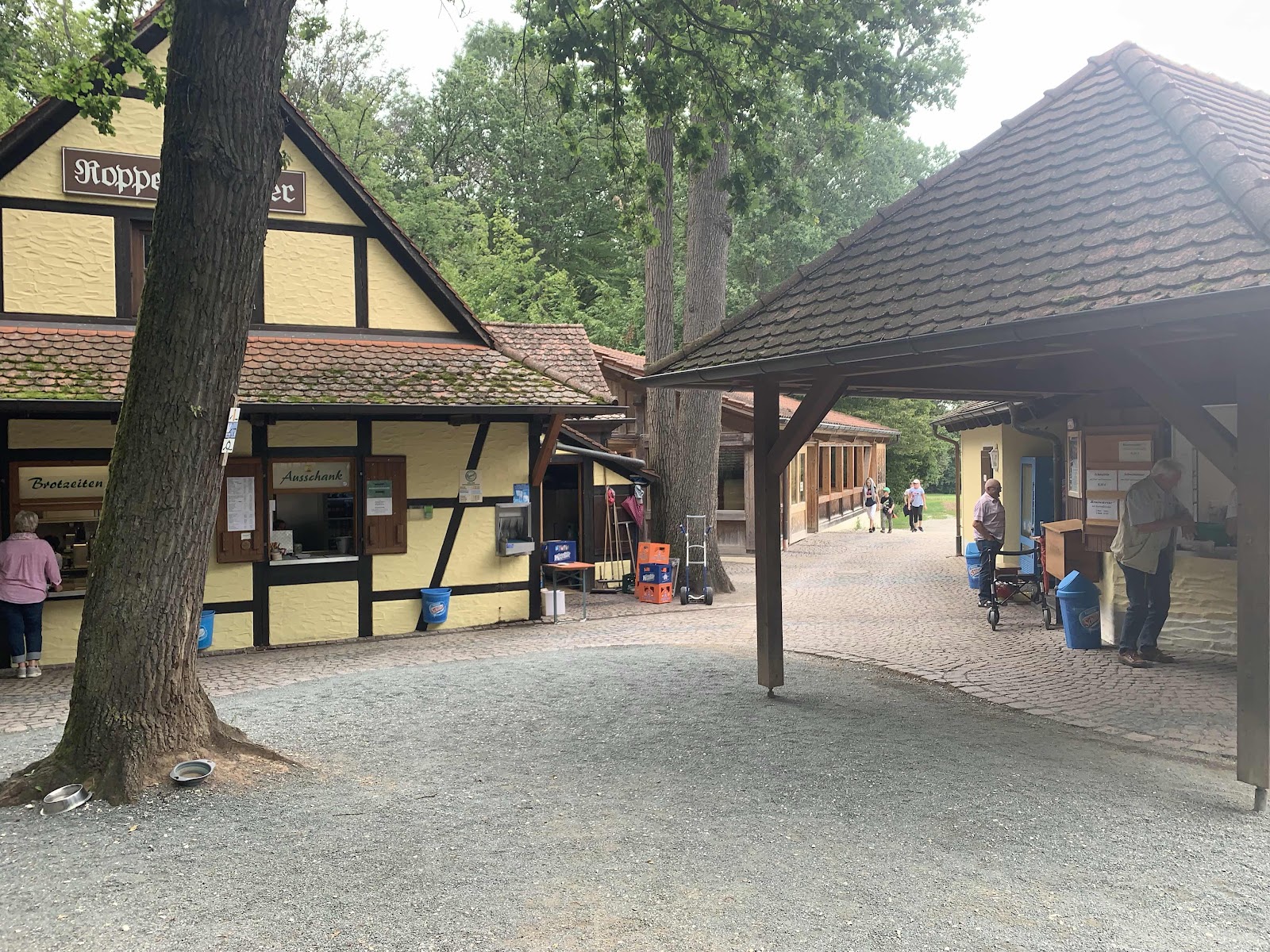 They had both a Kellerbier and a Dunkel on draft and we started with one of each. The Dunkel was good but the Kellerbier was much better. 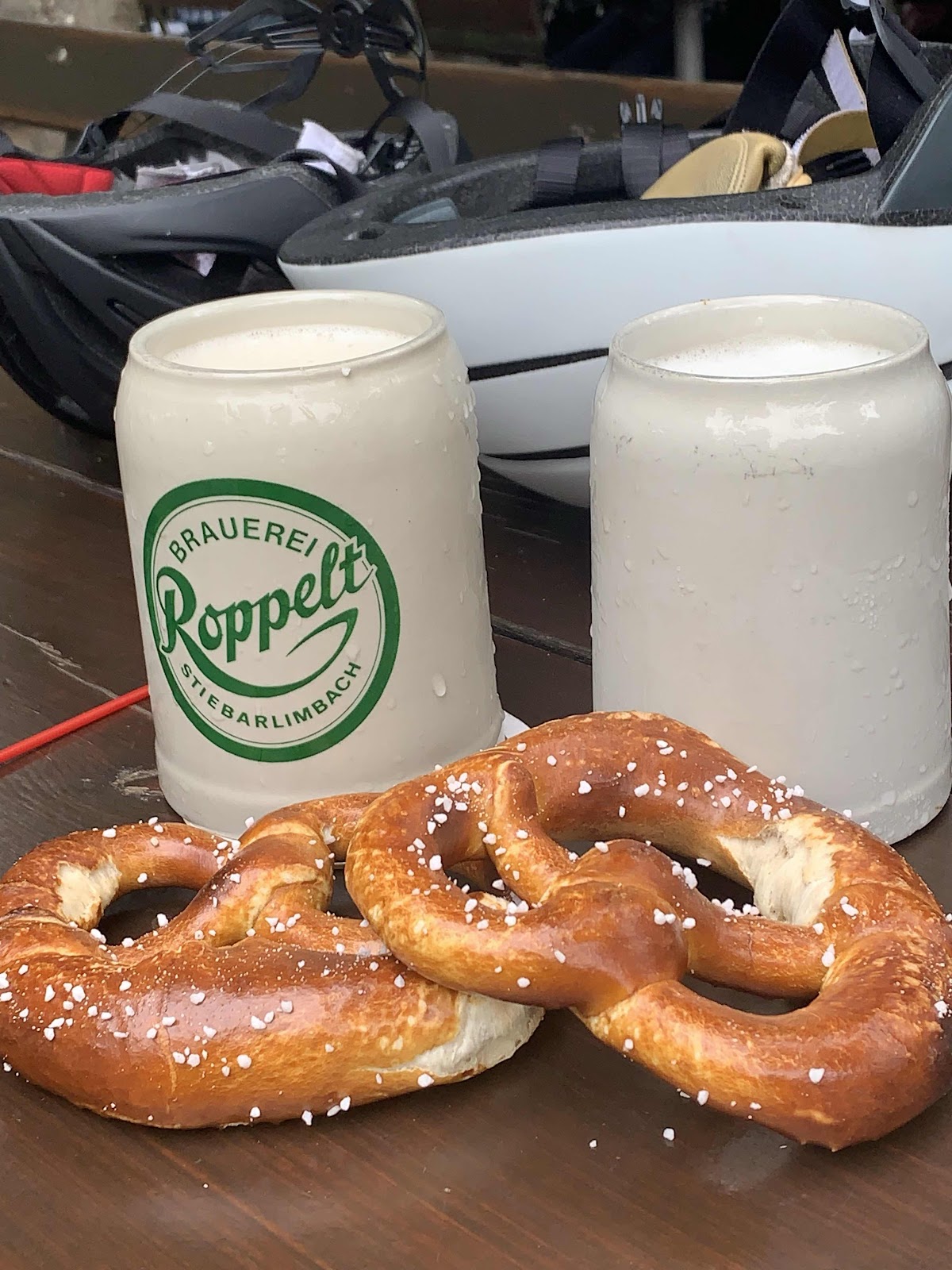 They have a kitchen that has a fairly wide menu for such a place. I hadn’t yet had a Schäuferla and here it was only €8.50. — a bargain! I had a Kellerbier to go with it as did Bob to go with his bratwurst. Not being a Franconian native, I substituted potato salad for the kloss. The ladies at the food booth got a kick out of that. 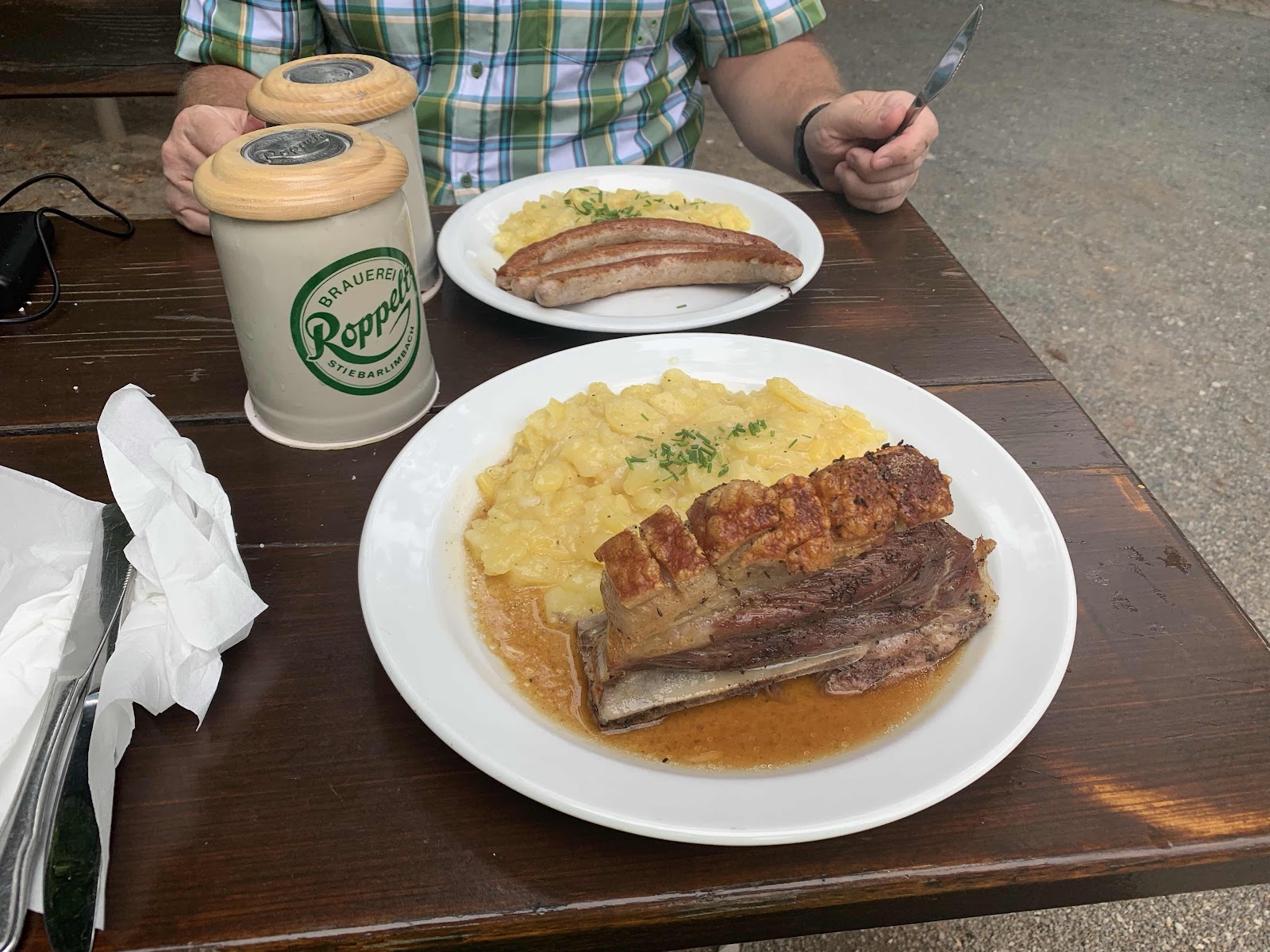 Not only do they have WiFi, they have a “Keller Cam” so you can visit them virtually.  That yellow blob in the lower right corner is me trying to get a screen shot. 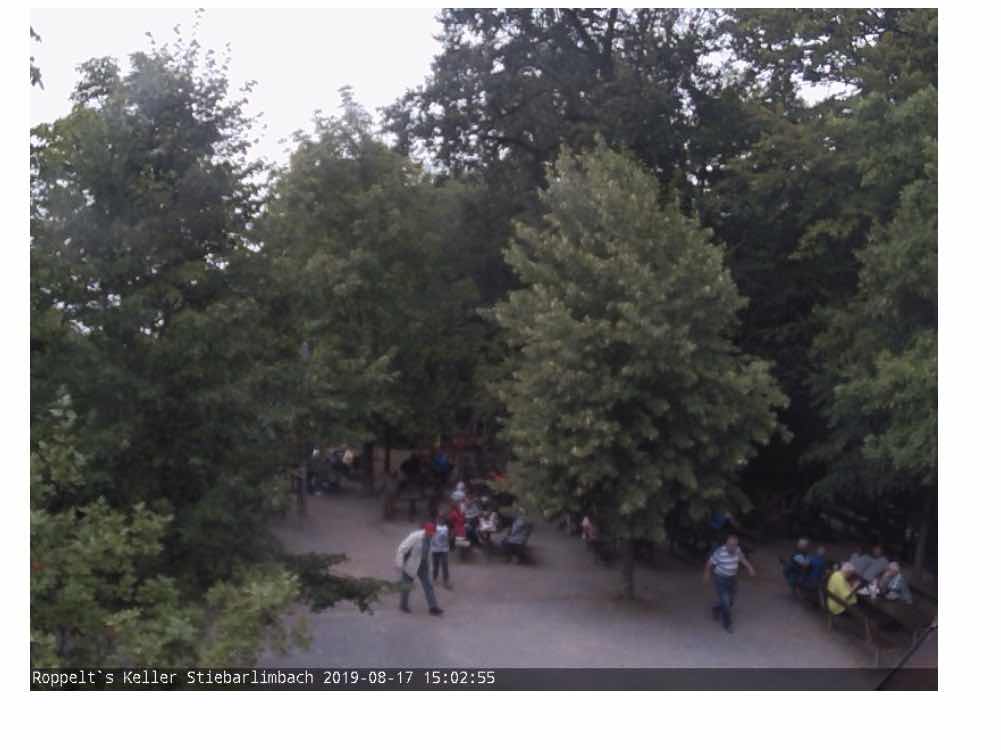 Our original plan was to catch the train back to Bamberg, but the nearest stop — Eggolsheim — had only hourly service and with our luck we’d miss the train by 5 minutes and half to wait around. The next station on the line, Hirschaid, and three trains an hour but by that time we’d be nearly home, so we decided to skip Lieberth’s Dorfkeller and ride directly back to Bamberg, hopefully ahead of the rain. 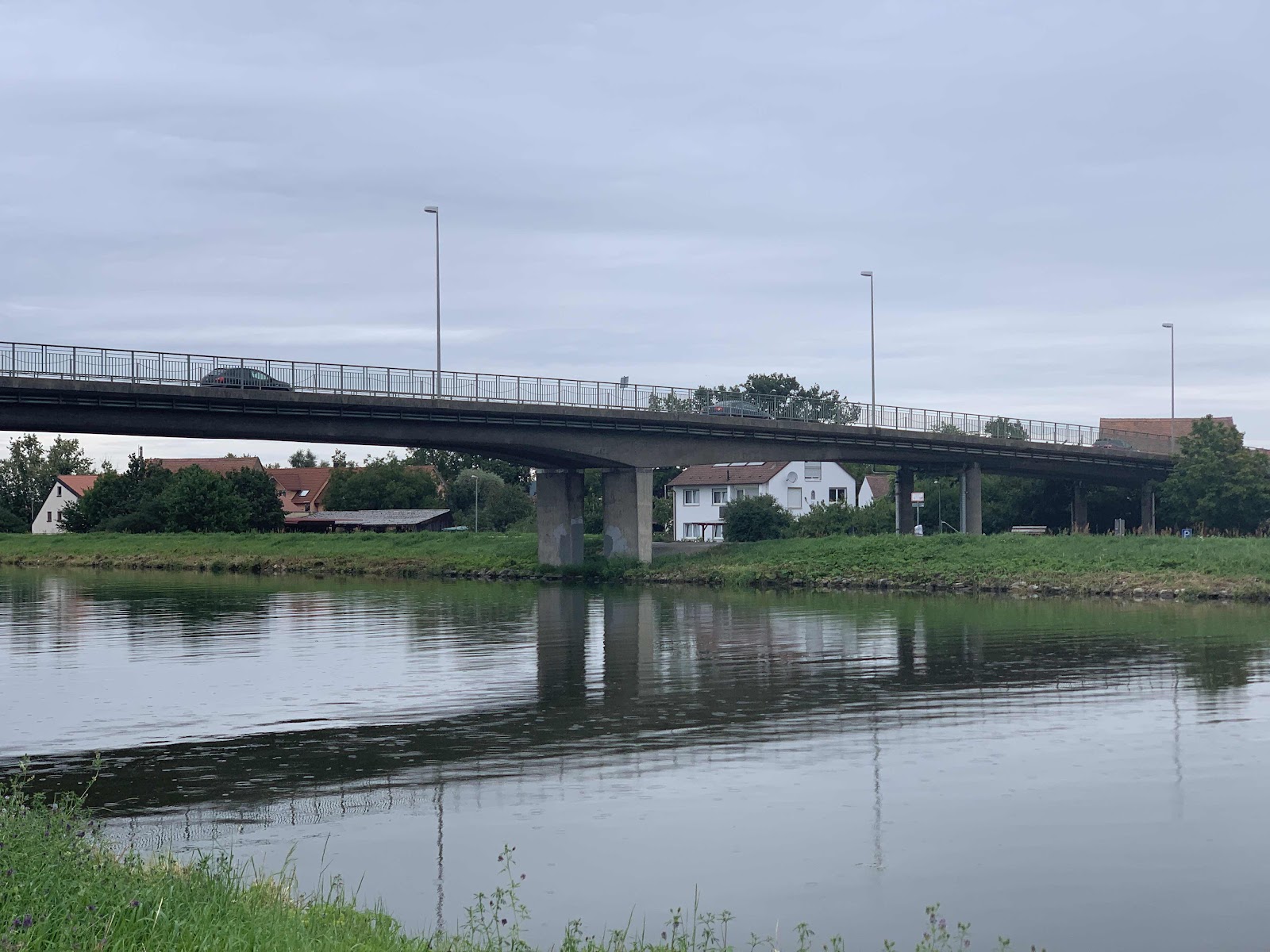 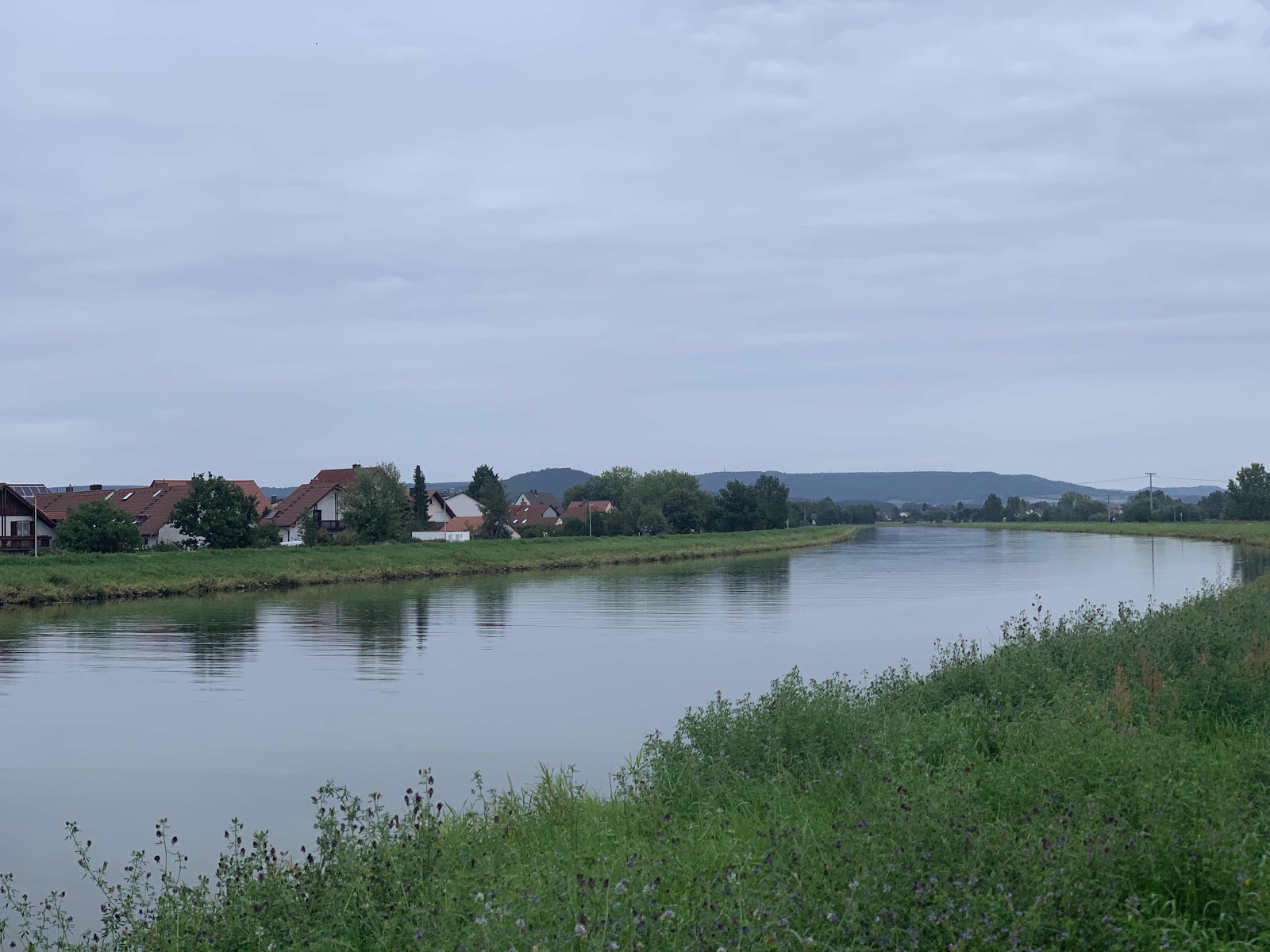 We got some light rain but nothing worth stopping to put on jackets and after a few water/rest breaks were back in Bamberg. On the way we passed near Maher’s so we stopped in for a couple of beers. 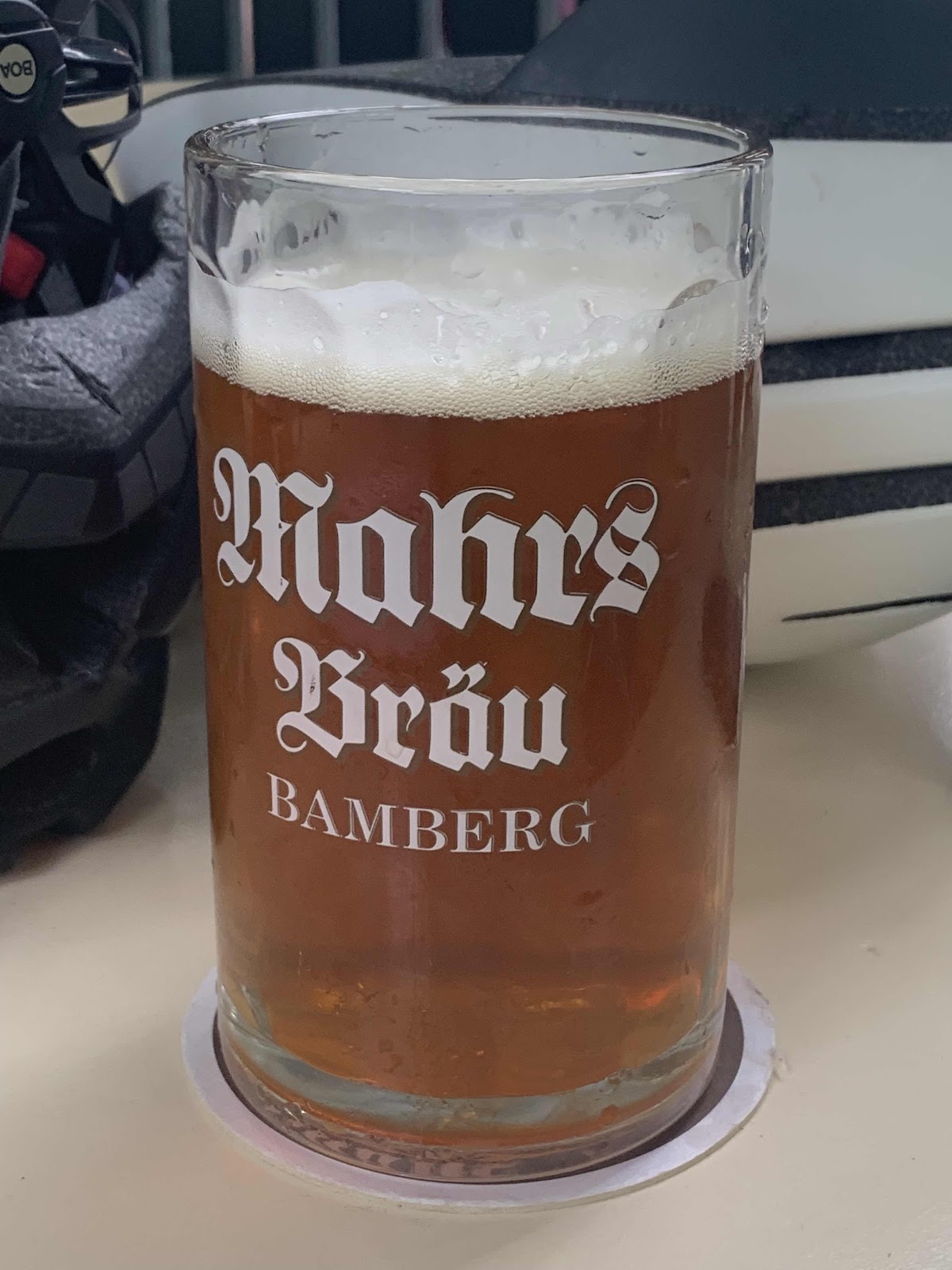 The U is a shadow of its former self but it still is a decent beer.  After the Schäuferla I wasn’t really all that hungry but couldn’t pass up some Kasespätzle, a/k/a German Mac & Cheese.
Another 1.5km and we where home, just crossing the 50km mark. Not far for some my longest ride since I was in Bamberg last year.