We headed out just past 11am, heading south along the Regnitz. It started to spritz and was heavy enough we stopped to put on rain jackets. Of course once we did that the rain stopped so off came the jackets. Soon we are at Hirschaid and popped of the bike path to stop for a Pils at Brauerei Kraus 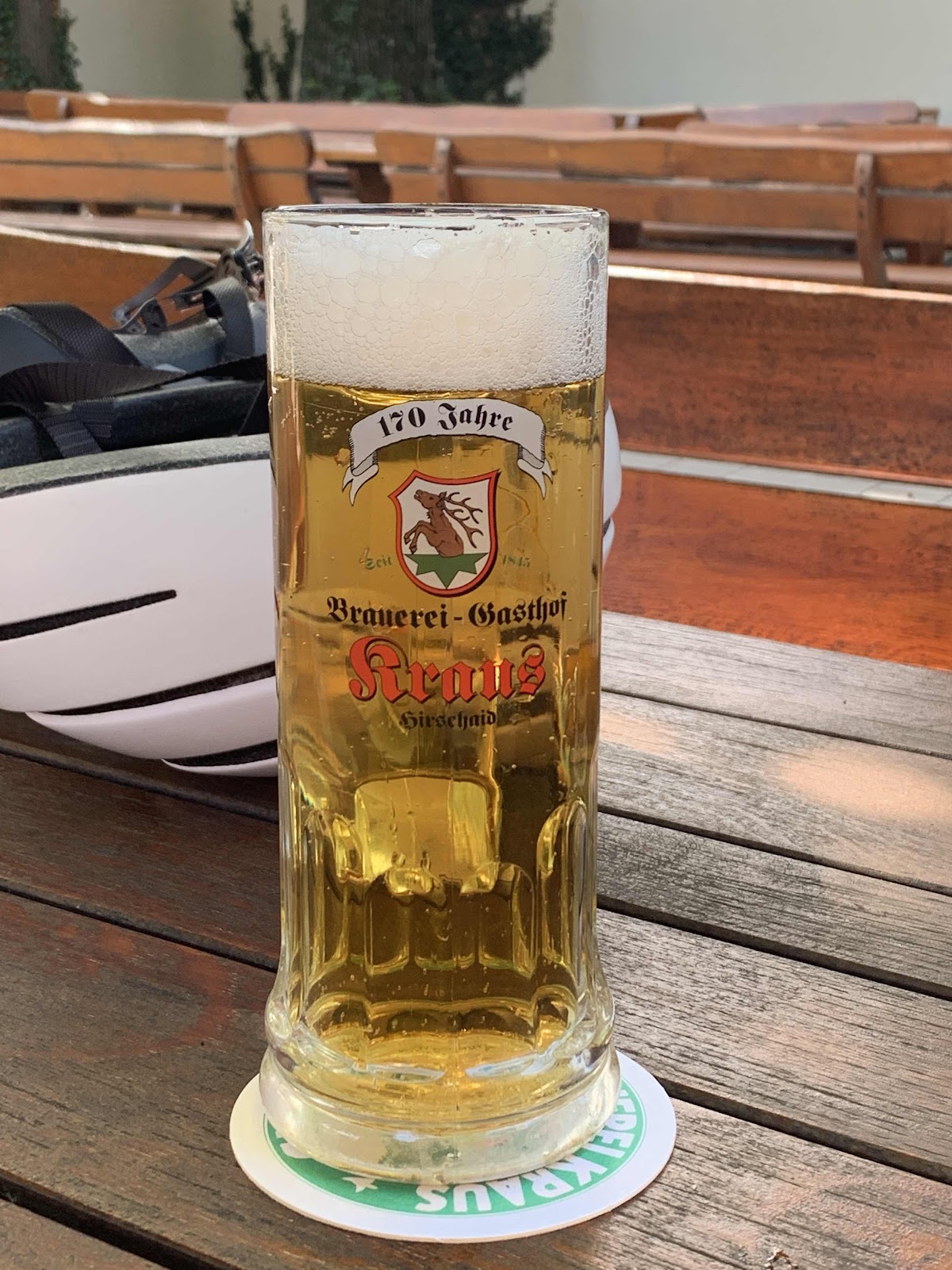 Our next stop was the Löwenbräu Keller in Buttenheim. While there is a train station near the canal named “Buttenheim,” it actually is in the village of Altendorf — Buttenheim is a couple of kilometers to the east.  Of course I missed the turn off and we ended backtracking a bit but were soon riding up the hill to Buttenheim. We skipped the brewery tap and headed for the Löwenbräu Keller. 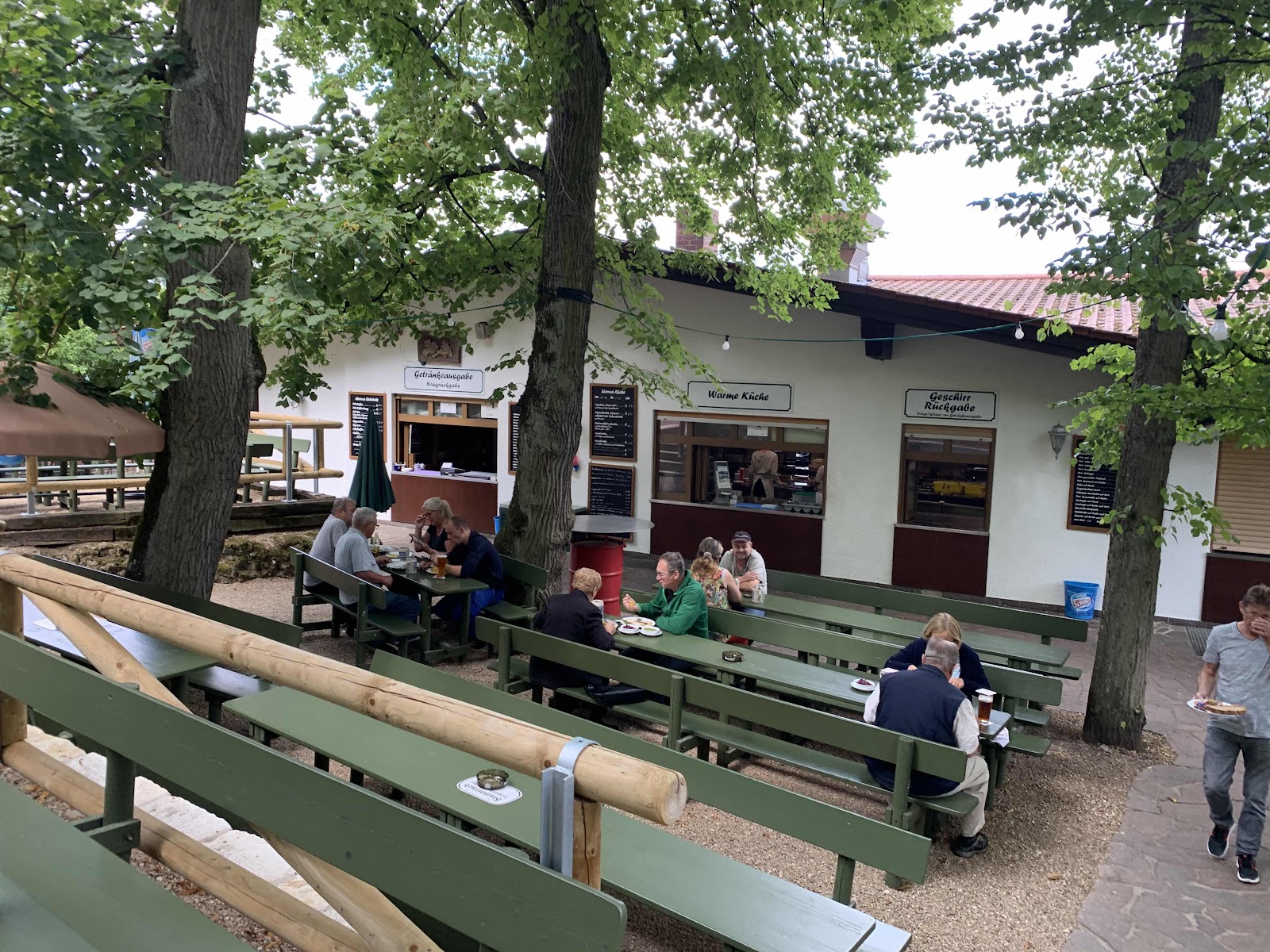 They have just one beer on draft here — wait for it — a Kellerbier, which is really nice. We had a bit of lunch and it was tempting to have another beer but we still had a bunch of riding to do. 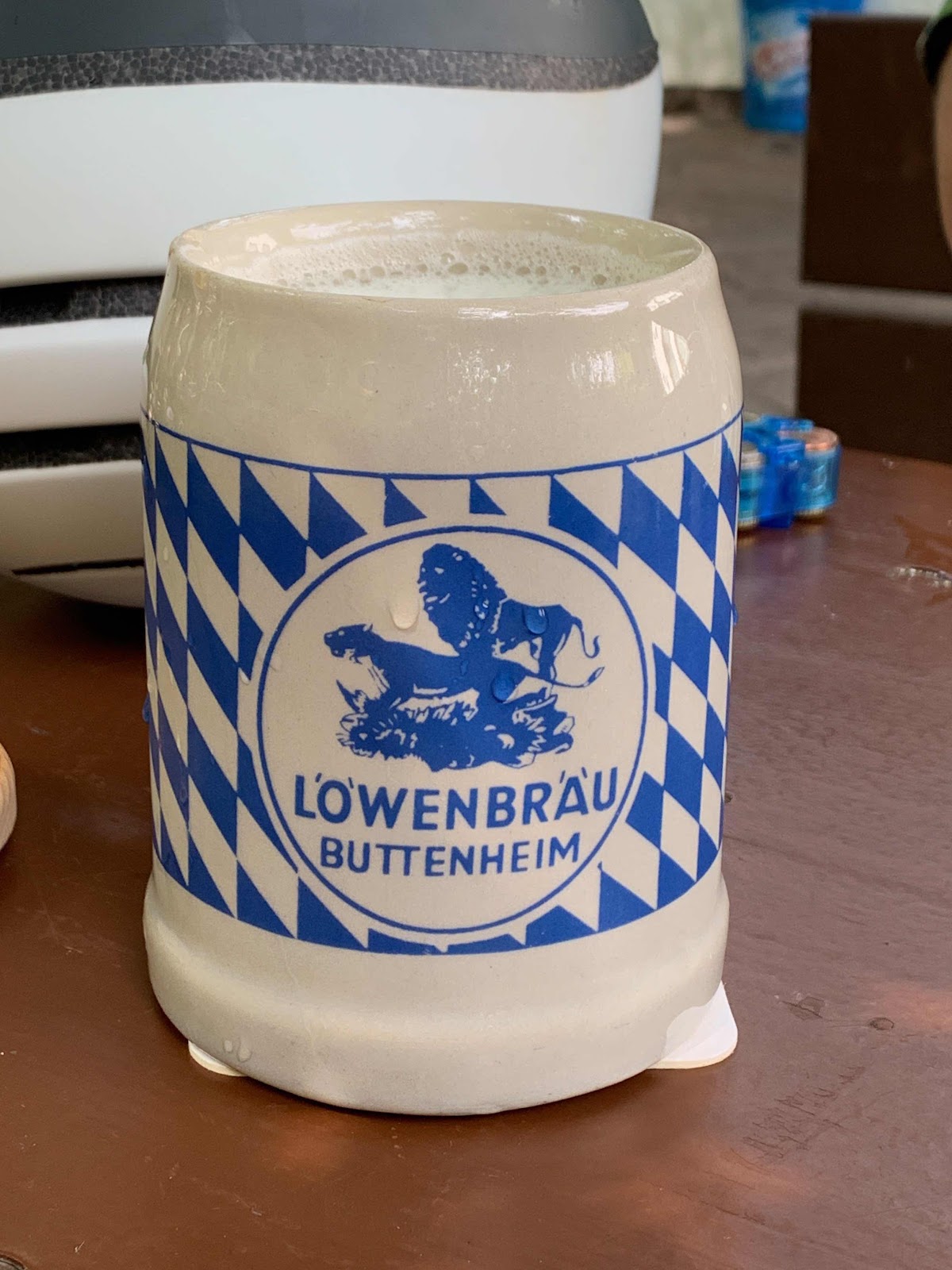 These are our bikes, BTW. The front red one is my brother’s and the green one in back mine. Both are New Would Tourists from Bike Friday. 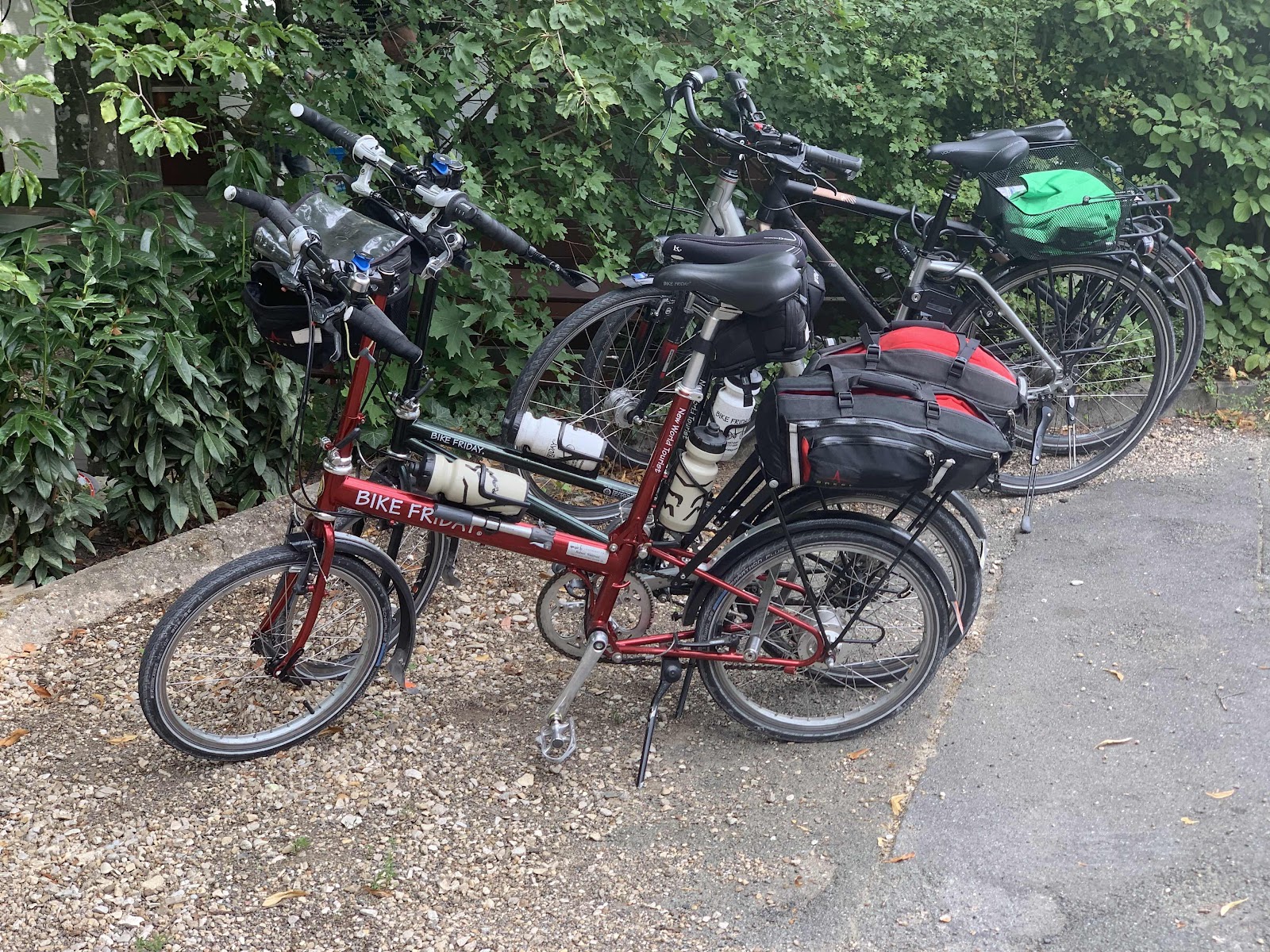 I didn’t stop for a picture but on our way we passed by the former Schwarzes Kreuz brewery in Eggolsheim. Their Bierkeller is still open, though, selling beer from Brauerei Greif of Forchheim.
Soon we were in Forchheim, having taken a bit of a round about route thru town due to construction. Brauerei Neder was out destination. 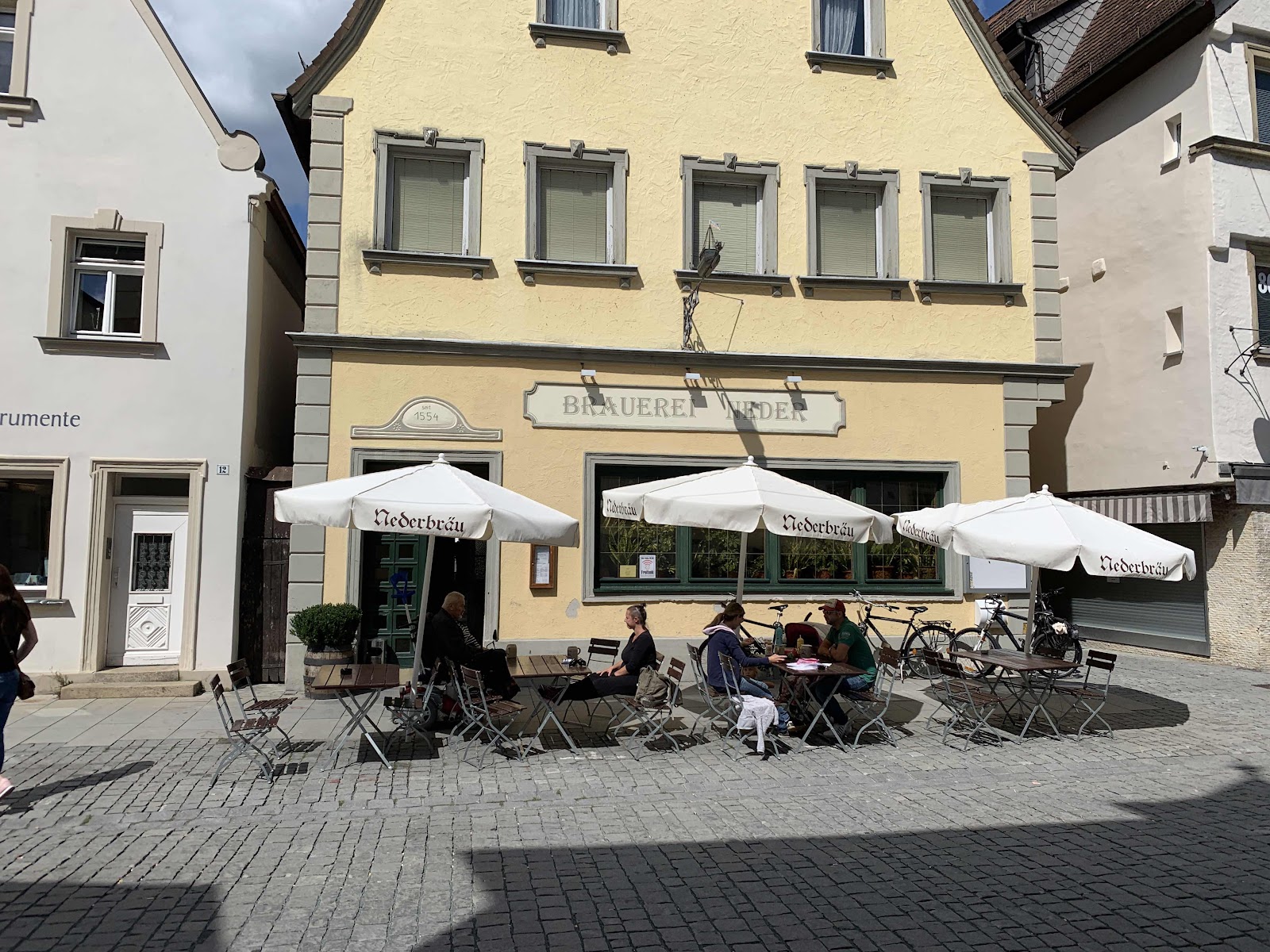 It was not the best day to visit Forchheim as the nearly next door Brauerei Hebendanz was closed. Many years ago Brauerei Greif also had a tap room on the same street (and the fourth Forchheim brewery, Eichhorn, is not far away). So Forchheim is a good place to visit a number of breweries.
Their normal draft beer is an Export and they also had a Festbier on draft as well. 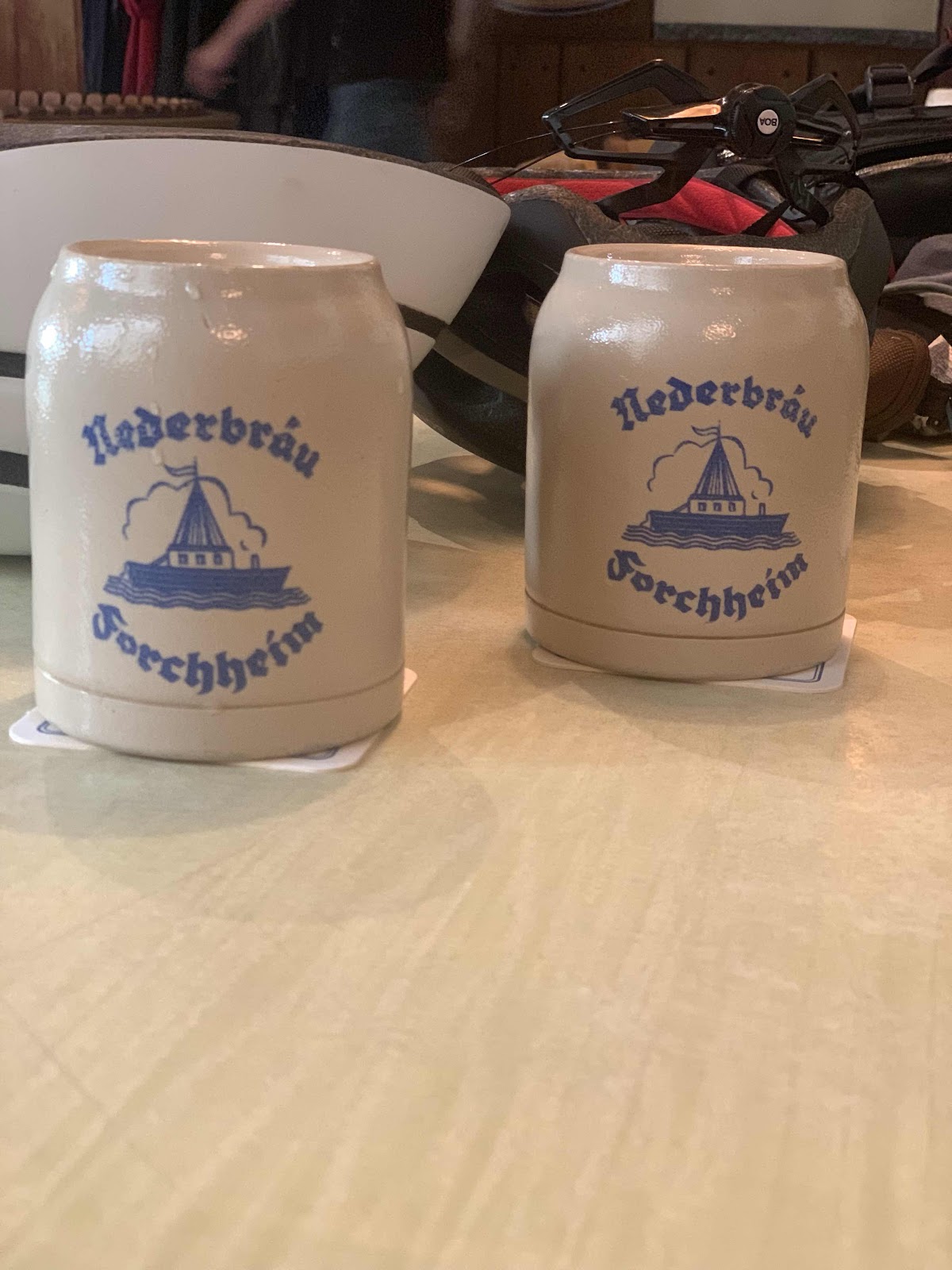 The Festbier was very soft and smooth and a bit on the sweet side but very drinkable. The Export had more bite but was clean and refreshing. We each had one of each.
Neder also brews a special dark beer for the town’s annual Annafest (held late July). They didn’t have it on draft but did have bottles so we had some. 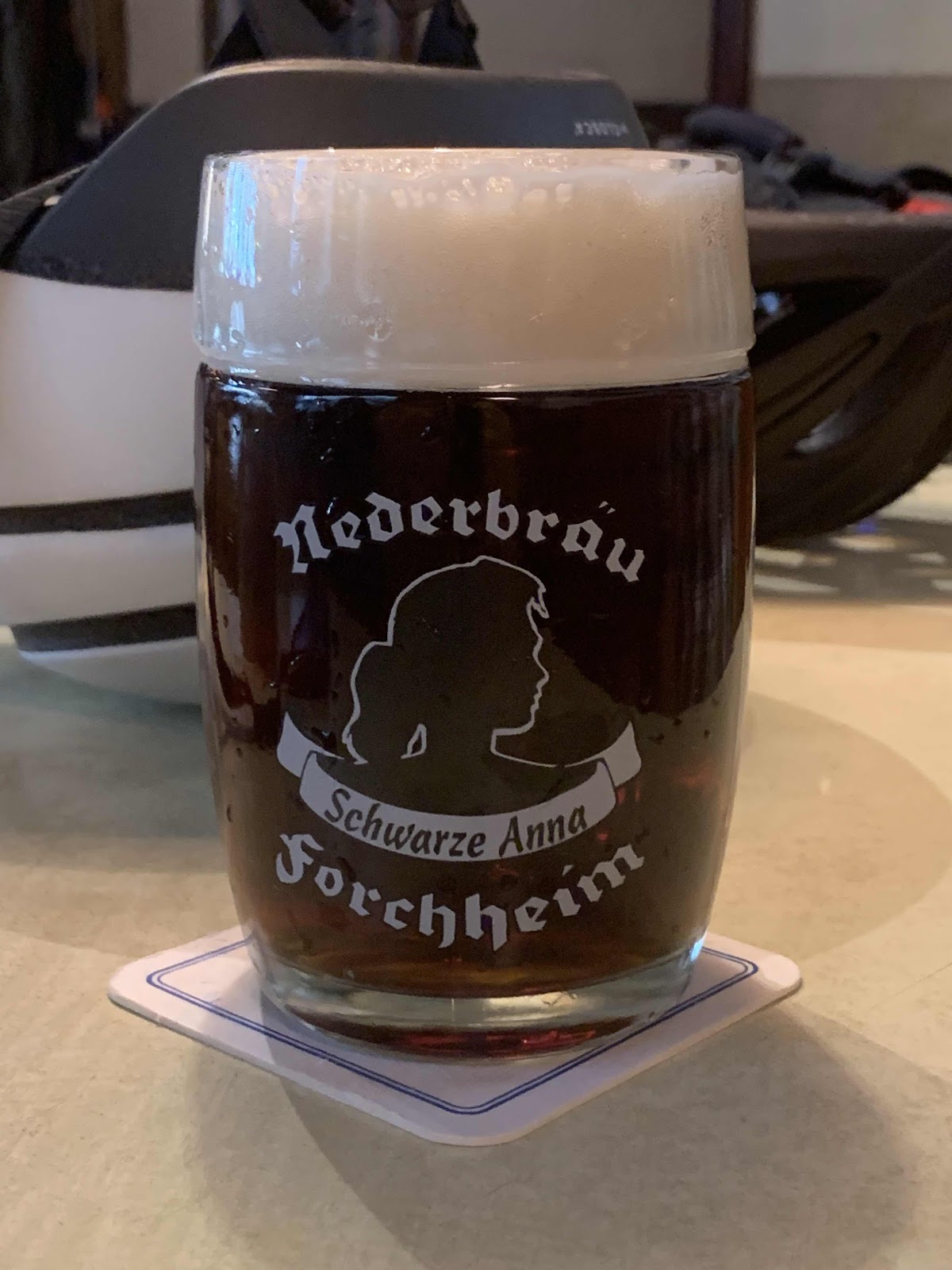 This is a really nice beer, malty and roasty and very drinkable.
Here is the point where we cheated a bit — we hopped a train in Forchheim and were back in Bamberg a lot quicker than our ride.  After the necessary clean up, we headed over to Spezial. 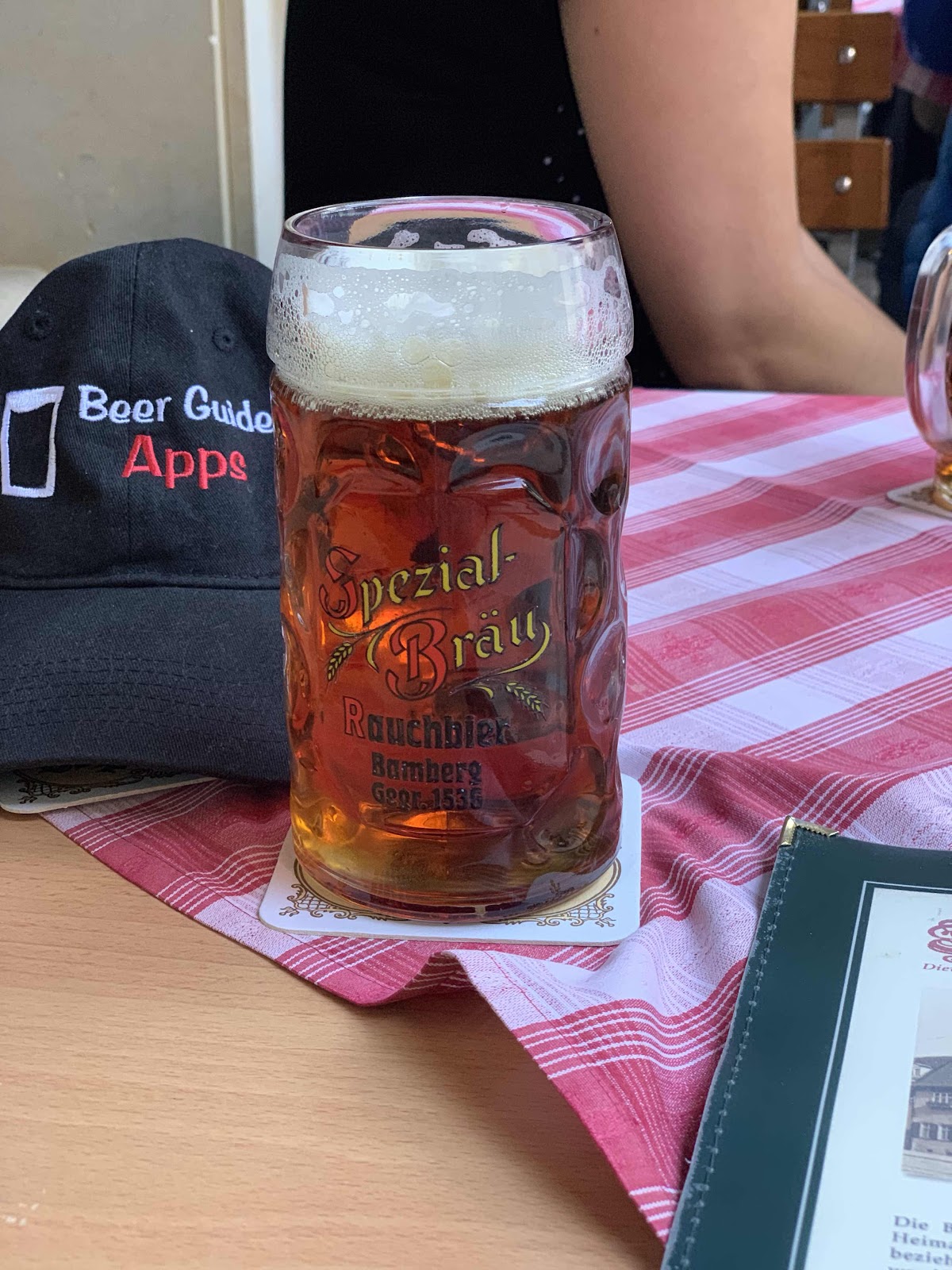 After dinner and a few beers we called it a night, but first I had that great Franconian tradition, a “Schnitt” 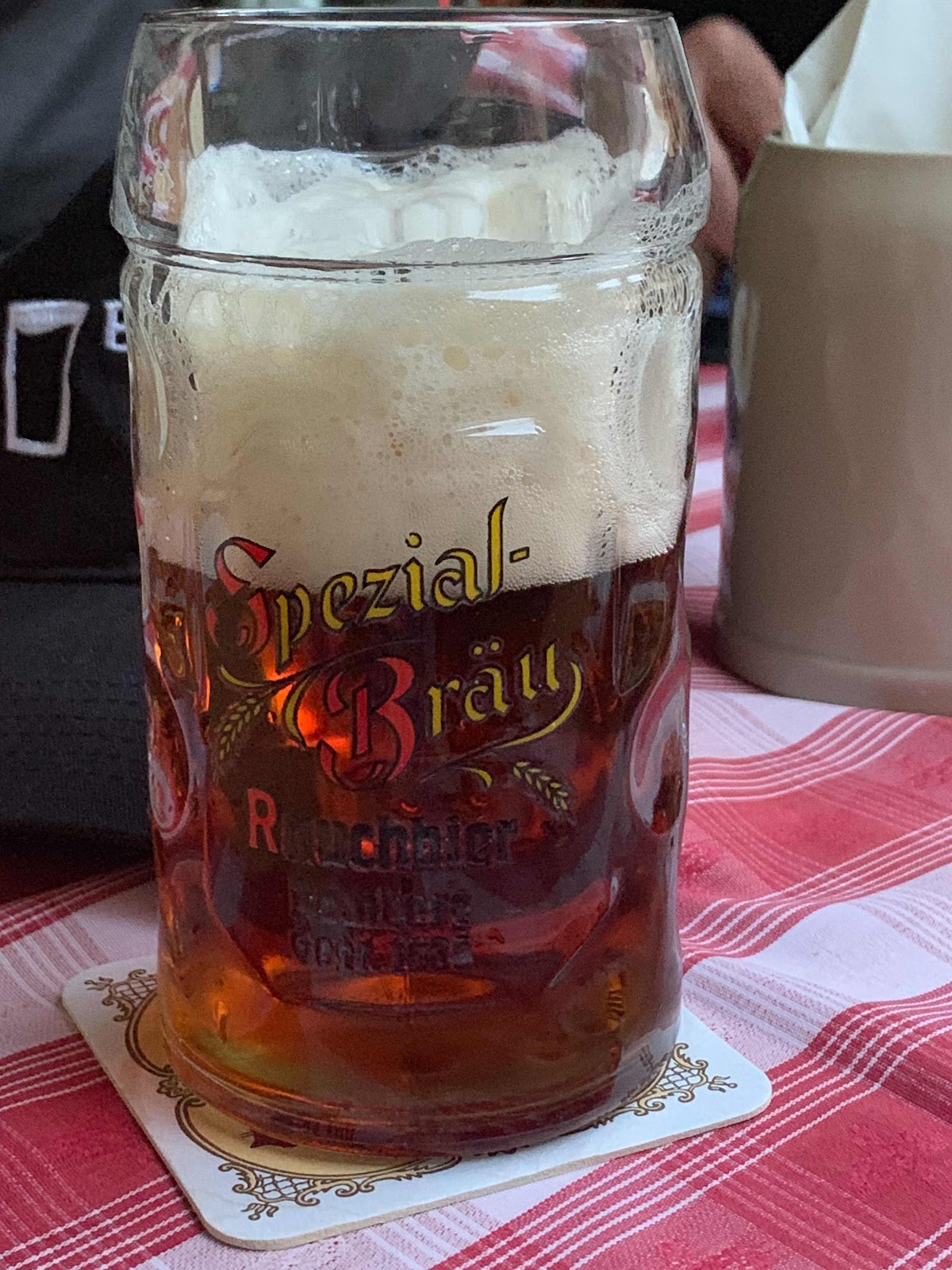 Total distance: 39km. On Thursday we will take a break from riding and train up to Bad Staffelstein where they are having a one day beer festival.