Thursday was predicted to be a rainy day and it was, on on off. We decide not to ride but instead caught a train to Bad Staffelstein where they were having their 11th Annual Bierbrauerfest.
Depending on who you ask, the question “How many breweries are there in Bad Staffenstein” you will either get an anwser of “none”or “11.” I subscribe to the “none” side of the matter. If you walk all over the town of Bad Staffenstein you will not come upon operating brewery. If you go to the nearby villages of Loffeld, Stublang, Frauendorf, Uetzing, etc. you will find lots of small breweries. These are separate villages but administratively they are part of “Gemeinde Bad Staffelstein.” Thus the confusion. Similarly if you think Bad Staffelstein has 11 breweries then you have to say Memmelsdorf has 5 breweries, as Merkendorf (Wagner and Hummel)  and Drosendorf  (Göller) are part of Geminde Memmelsdorf.
The festival is basically a bunch of brewery (and food) trailers set up around the town hall, with tables and benches filling the gaps. The beers were pretty much all €3.50  for a half liter and you had to pay a €2.50 or €3 deposit on the glass. Most of the breweries would fill any glass so you didn’t need to exchange it each time but then you had to remember which beer you were drinking at the time.
There were 10 breweries in attendance and we managed to drink one beer from each (between two people, that is). A couple of  breweries we tried a second beer and also had a repeat of our favorite.
The two favorites were the Pale Ale from Brauerei Reblitz in Nedensdorf and... 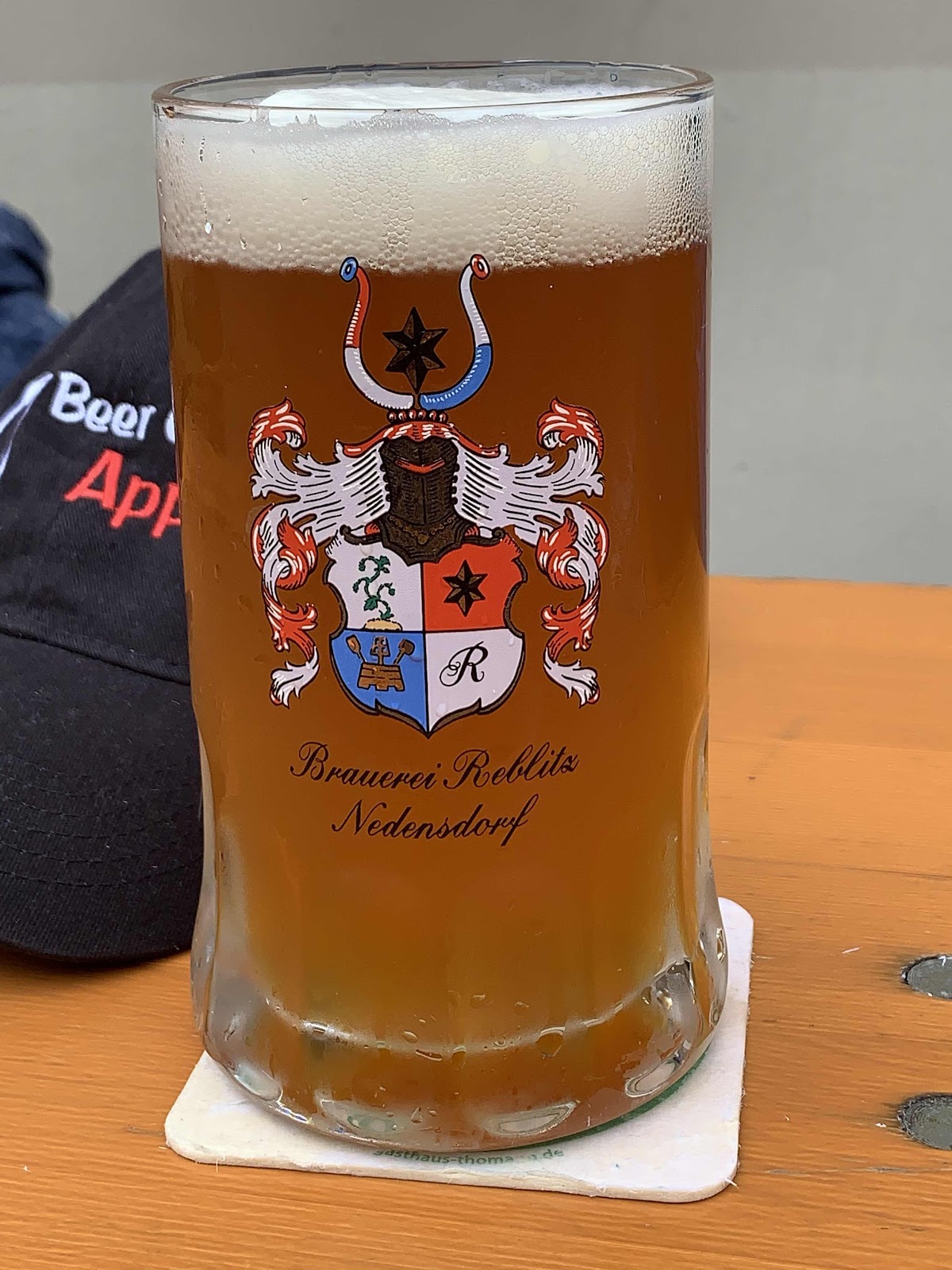 ...the Rauchbier from Brauerei Hetzel in Frauendorf. 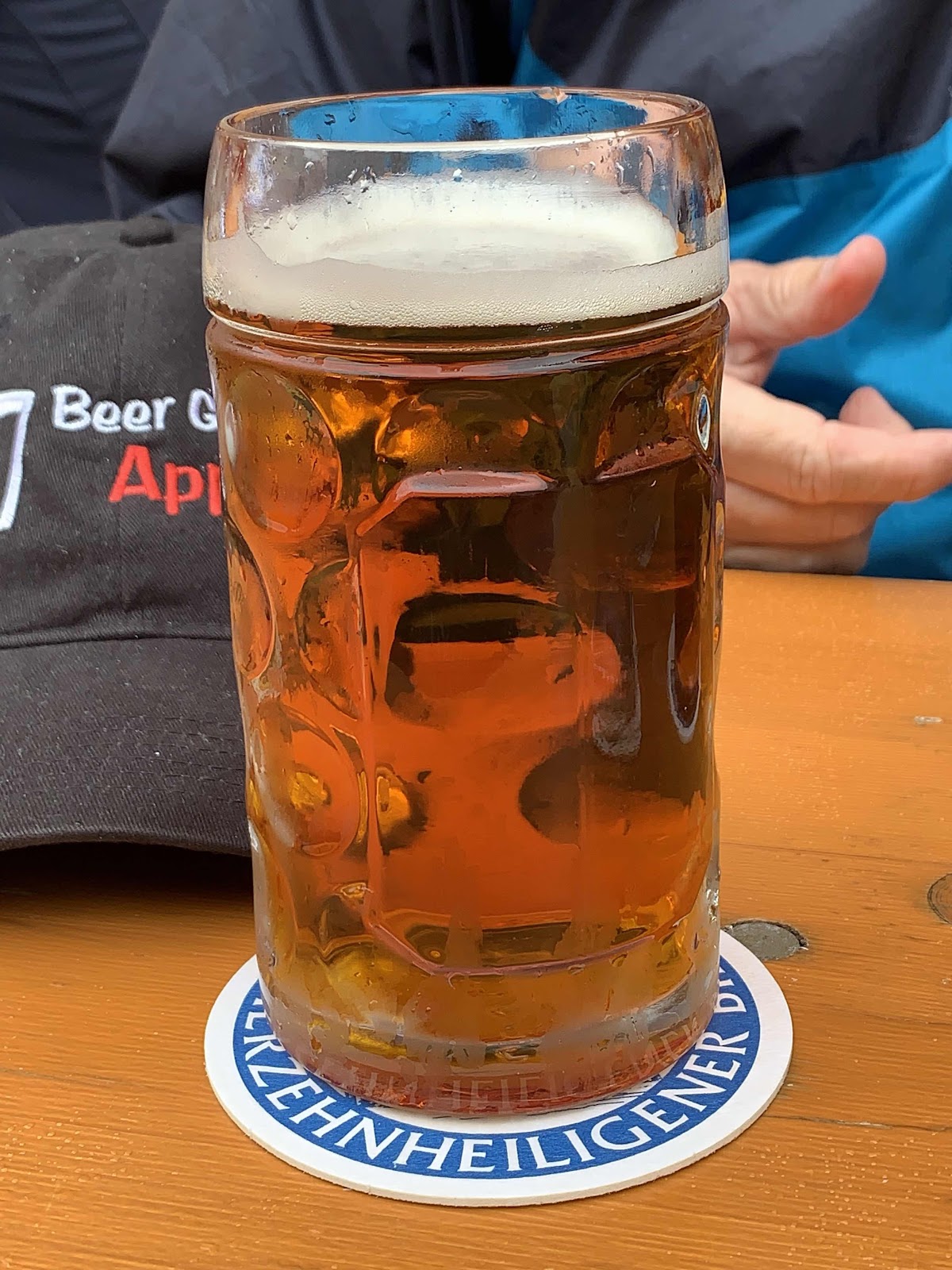 The two “runner’s up” were also very good. The Nothelfer Trunk (Dunkel) from Brauerei Trunk in Vierzehnheiligen... 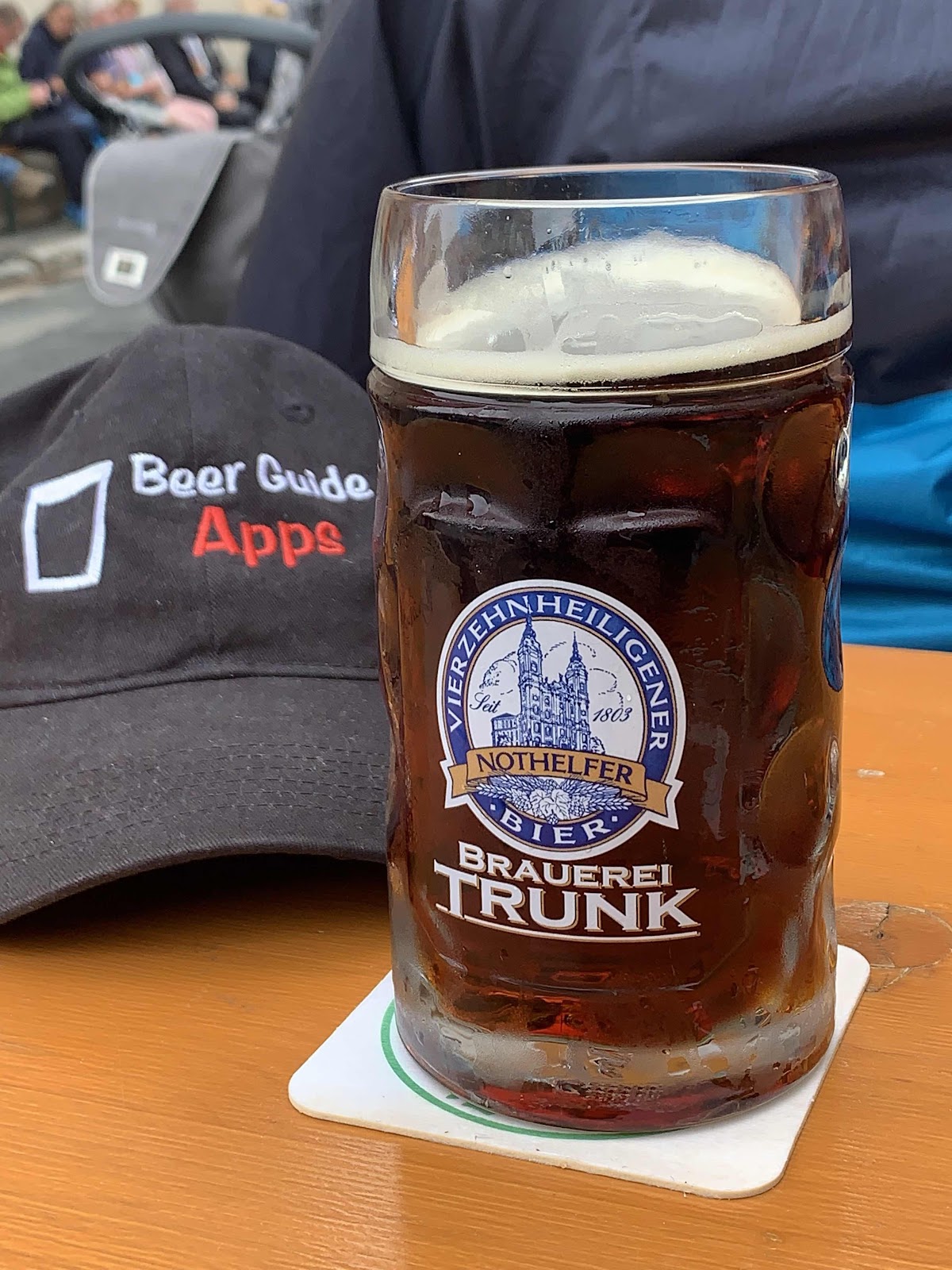 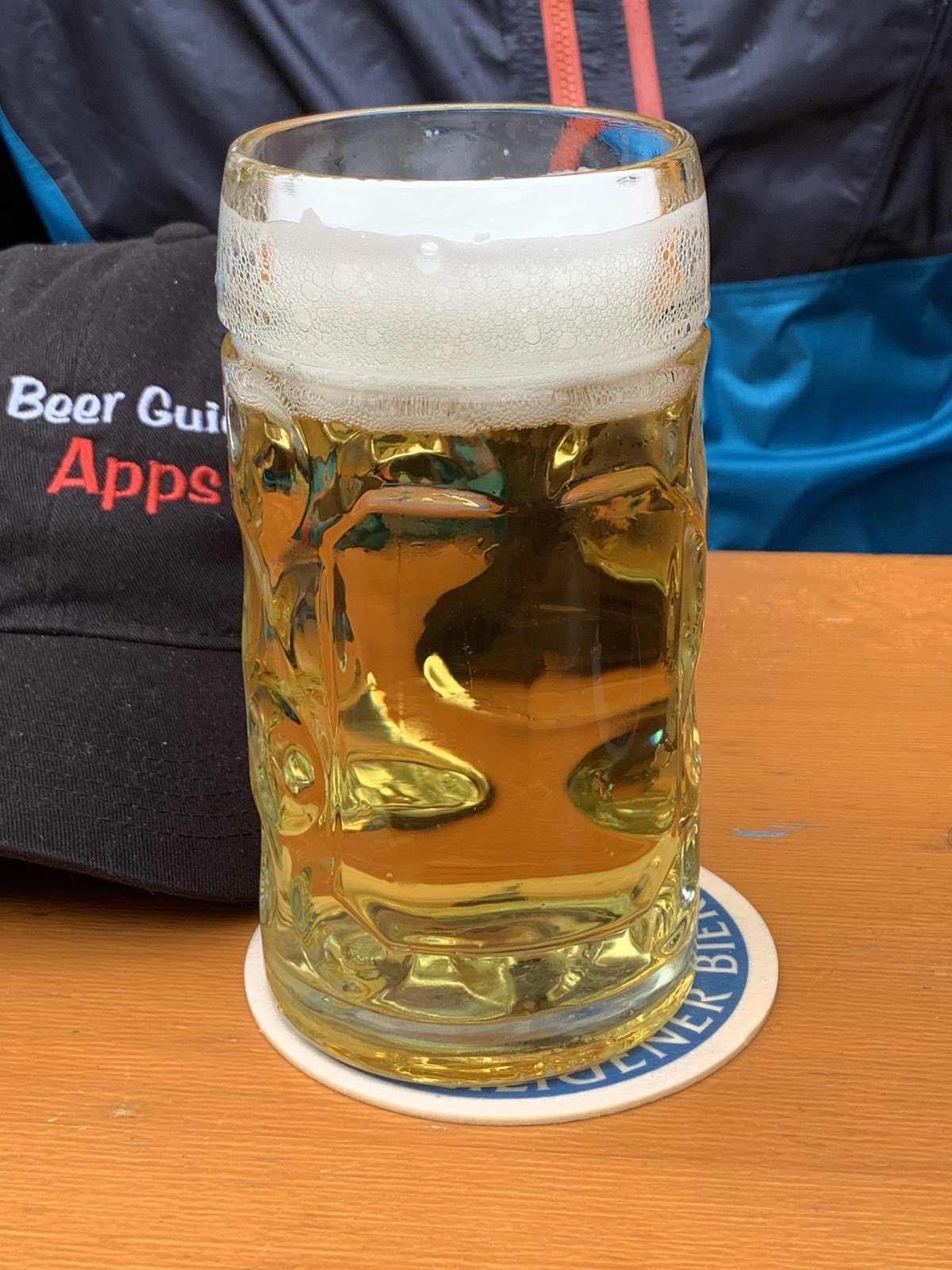 All of the beers we had were well made with no significant flaws. Some were a bit on the bland side for me but all were consumed and none ended up watering the plants.
After we made it back to Bamberg we walked down to Spezial for dinner. No need for pictures, right?

Email ThisBlogThis!Share to TwitterShare to FacebookShare to Pinterest
Labels: 2019, Bamberg

Finally got back up to this area to research the Beer Hiking Bavaria guide and really enjoyed not only the beer but the hiking. Noticed signs for this fest and nice to see it sounds well-run if a bit pricey for the area.